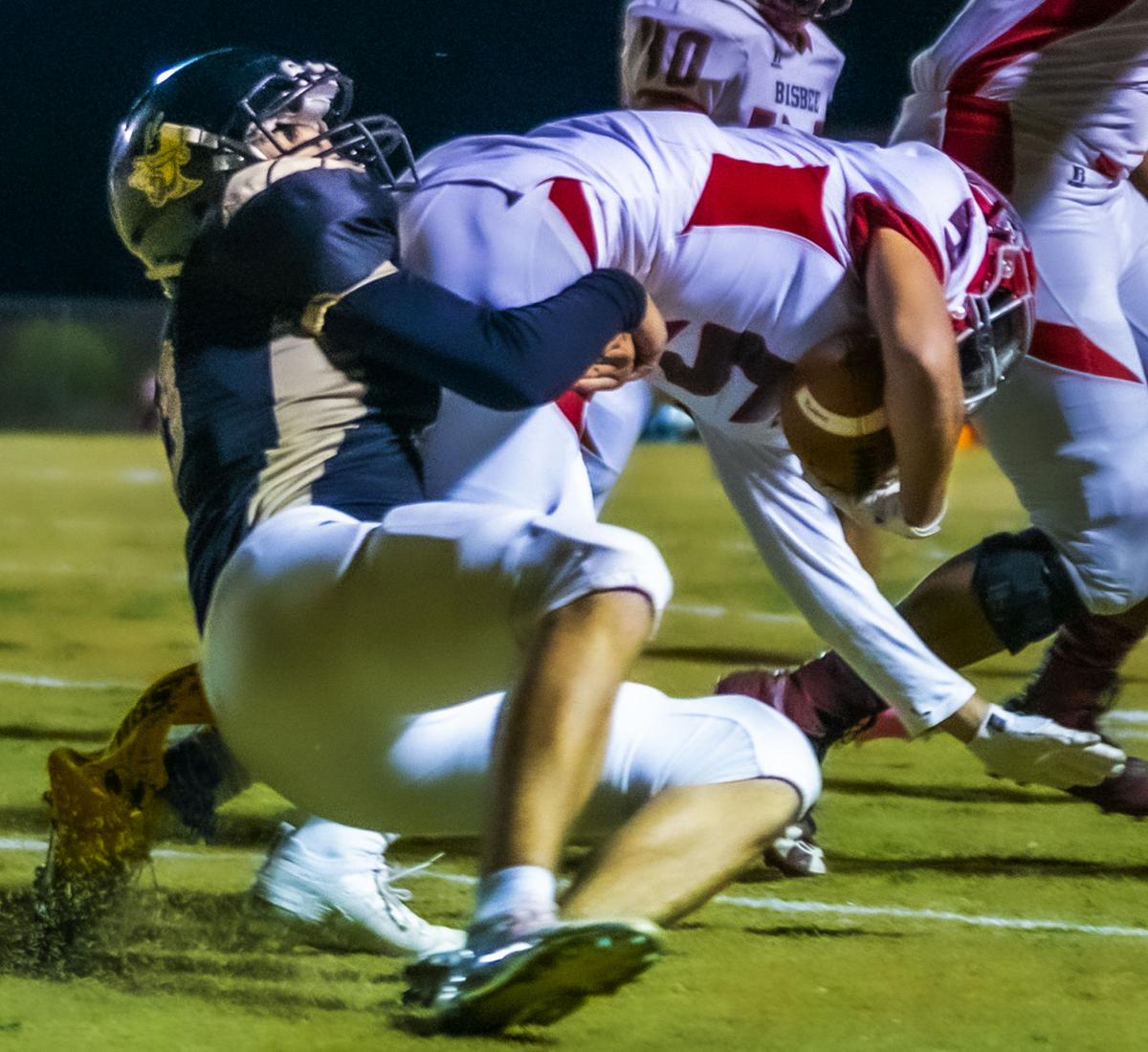 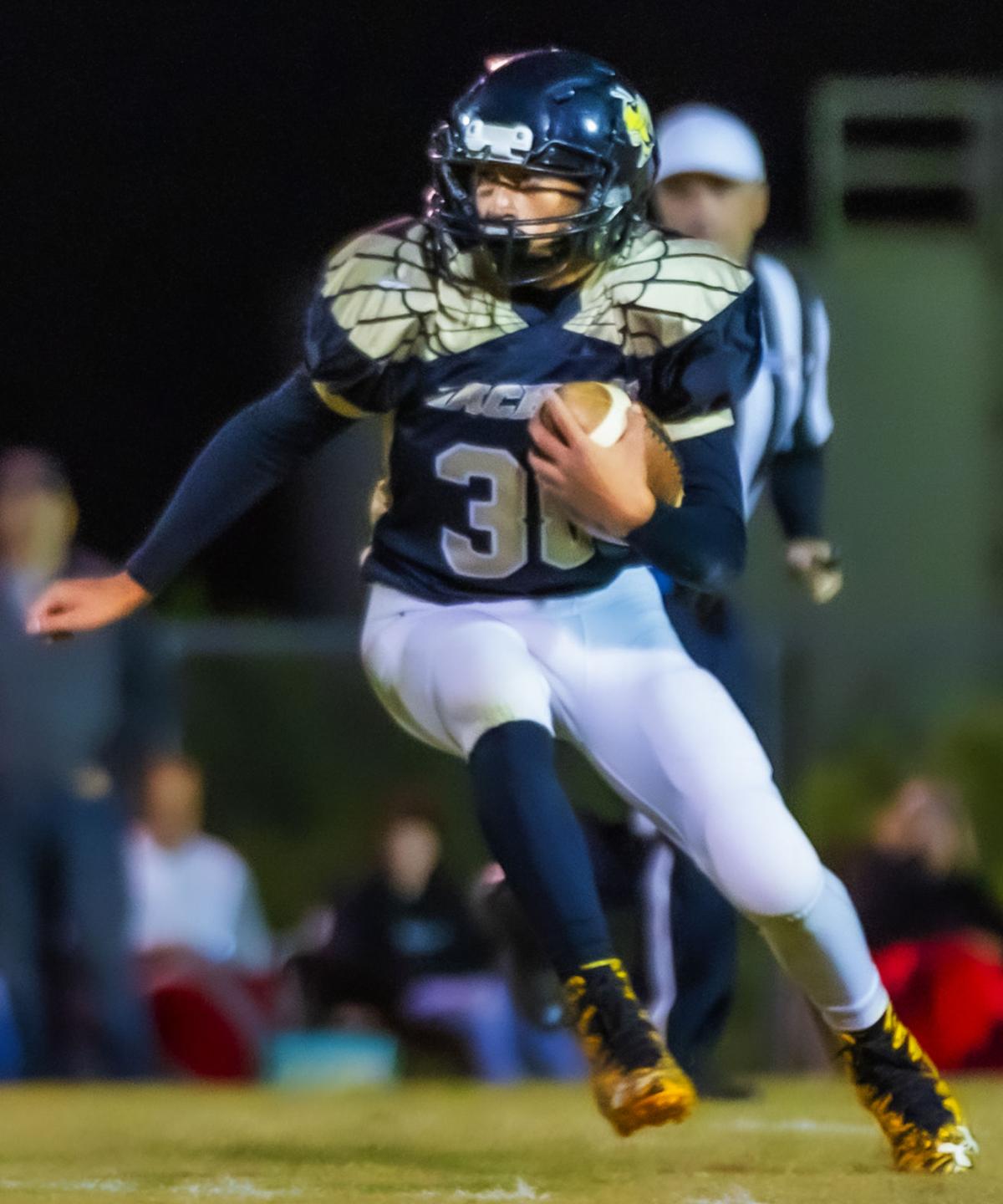 Tombstone’s Jacob Bonilla cuts through the backfield on Friday night. 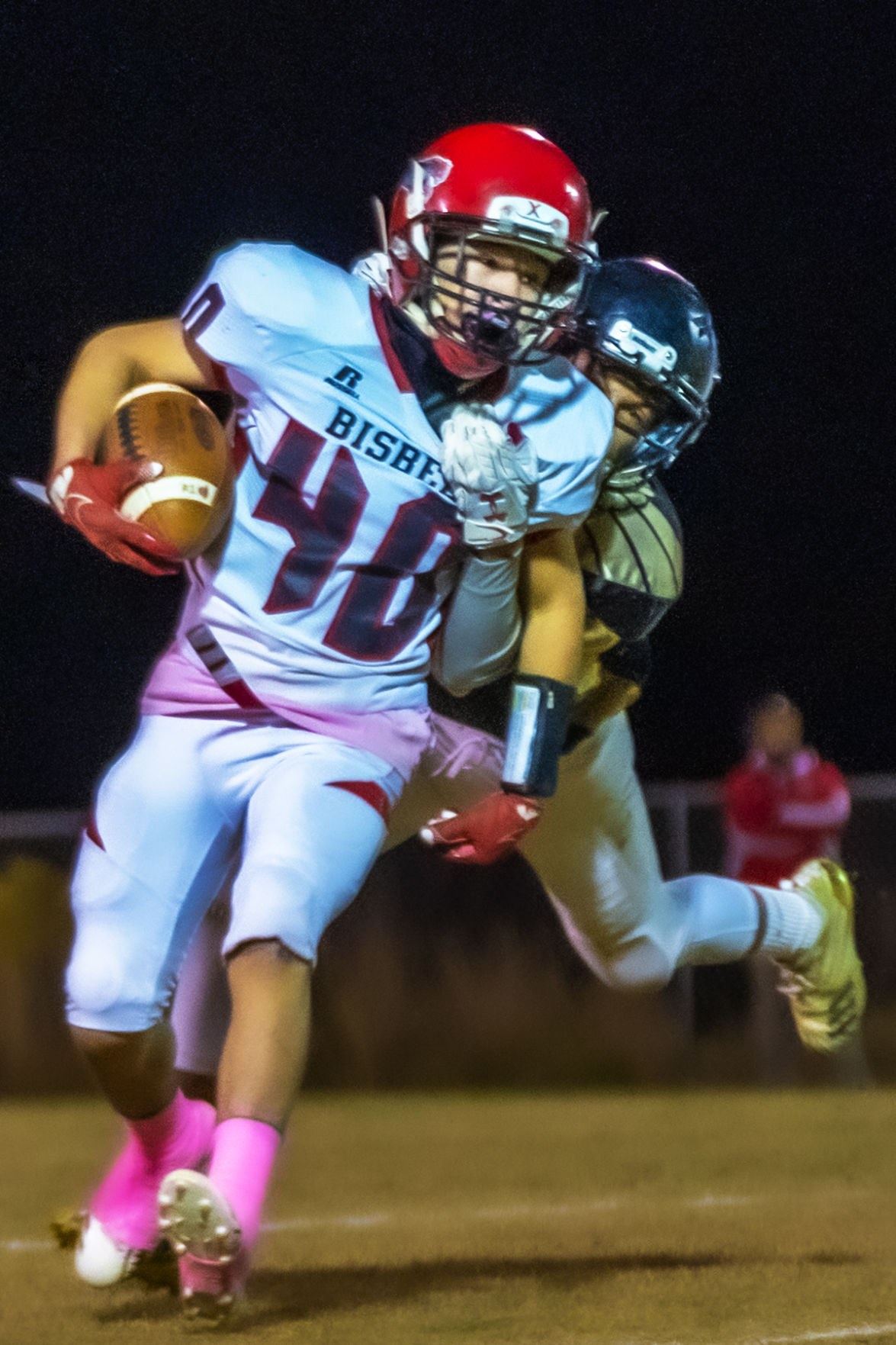 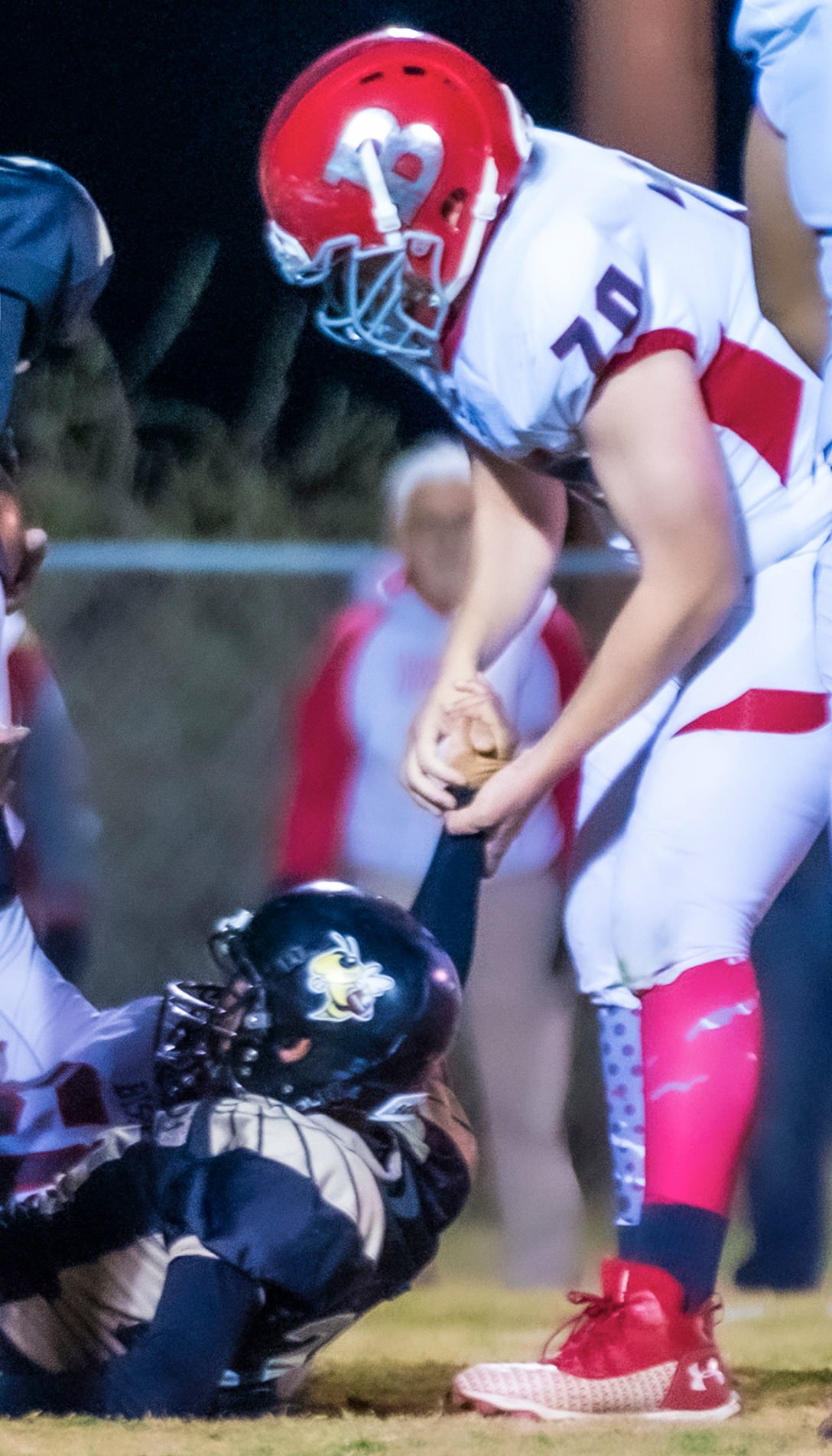 Sportsmanship and humanity was not lost during the Bisbee/Tombstone match up Friday night, shown by Puma Carlos Silva, as he helped pull up Yellow Jacket Jacob Bonilla from a pile of white and black jerseys.

Tombstone’s Jacob Bonilla cuts through the backfield on Friday night.

Sportsmanship and humanity was not lost during the Bisbee/Tombstone match up Friday night, shown by Puma Carlos Silva, as he helped pull up Yellow Jacket Jacob Bonilla from a pile of white and black jerseys.

TOMBSTONE — The Bisbee Pumas defeated the Tombstone Yellow Jackets 28-0 on the Jackets’ home turf Friday night in what started out as a close game.

At the start of the third quarter, the Puma’s momentum picked up when running back Hunter Perry scored a touchdown, followed by Miller’s extra point, to make the lead 14-0.

Late in the third quarter, Molina scored his second touchdown on a 4-yard run.

The Pumas continued to dominate the game in the fourth quarter when Perry scored a 40-yard touchdown run to cap the night’s scoring.

Glancing up at the scoreboard, Miller praised his team’s effort, particularly the defensive line.

“We started out kind of slow, but did a lot better in the second half,” he said. “I’m really proud of our line. Our defense did a great job of keeping the Yellow Jackets from scoring.”

Friday marked the final regular season game for both teams. The Pumas finished the season with an 8-2 record and will be starting playoffs next week, while the Yellow Jackets’ season came to an end with a 2-8 record.

With 14 Yellow Jacket players to the Pumas’ 37, the Jackets were both outnumbered and out-sized, something Bisbee coach Brian Vertrees noted in an interview at the end of Friday’s game.

“I really want to shout out to the Tombstone team,” he said. “They get better every week. It’s tough to play football with such a small roster, and they gave us a hard-fought first half.”

While giving his team a pep talk after the game, Yellow Jacket coach Jerome Rhoades told the team he was proud of how hard they played.

“You guys never gave up and played with a lot of heart and courage. All 14 of your have everything to be proud of.”

The Arizona Interscholastic Association released the postseason brackets Saturday morning and Bisbee holds the No. 10 seed. They will travel to No. 7 Thatcher on Friday for their first round game. Thatcher is the 3-time defending 2A state champions.