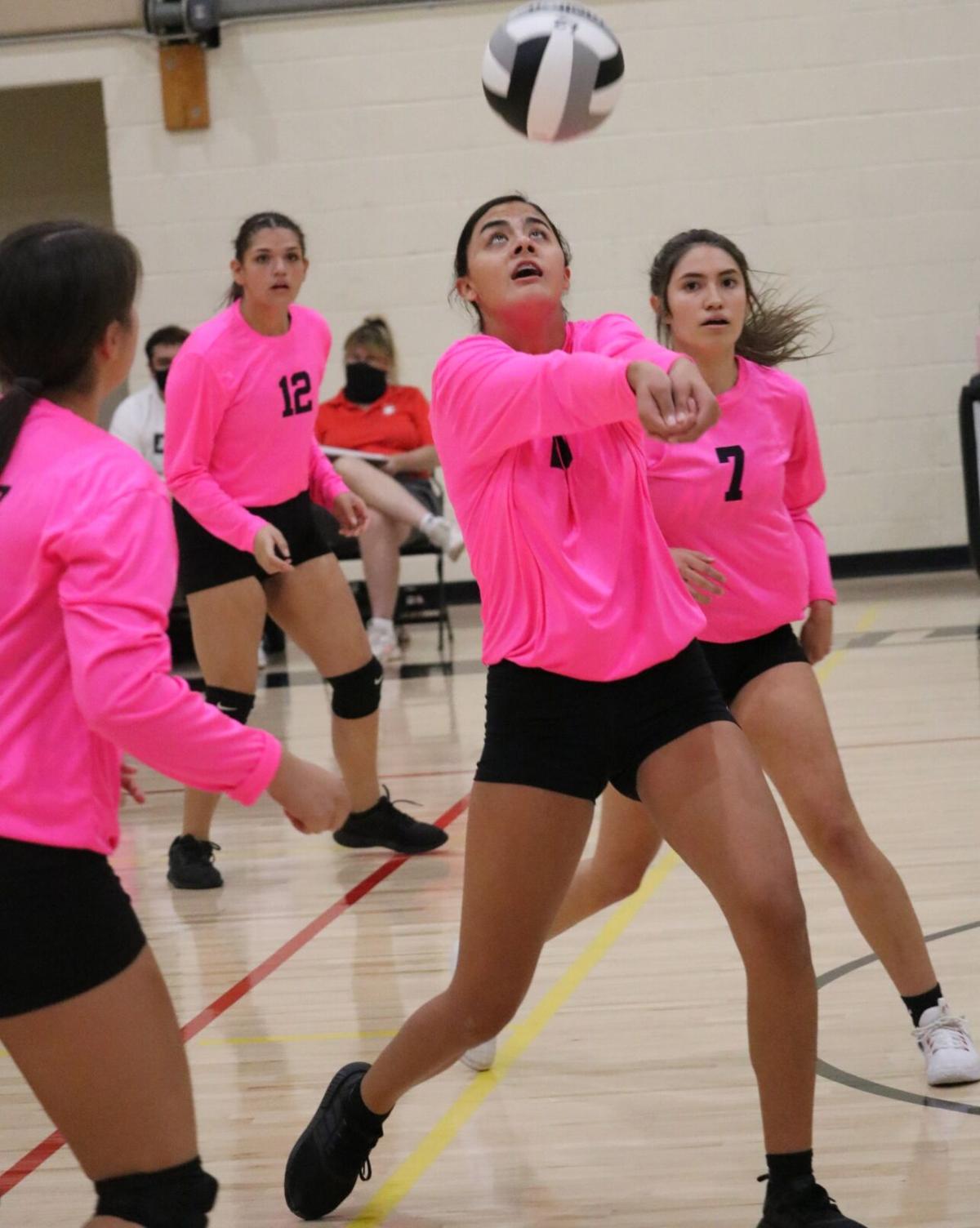 Gabby Lopez is quick to a ball In the Pumas win over Tombstone. 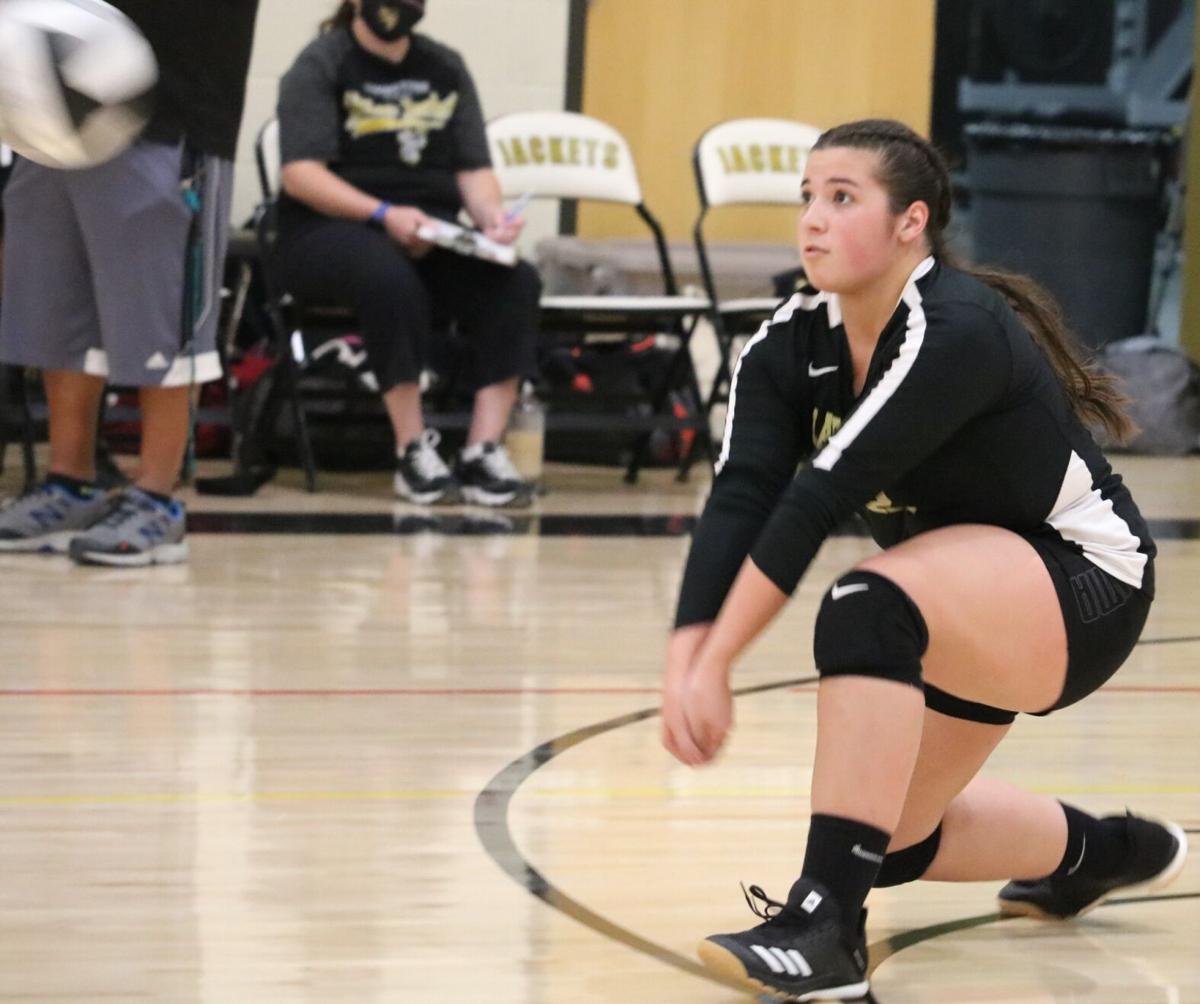 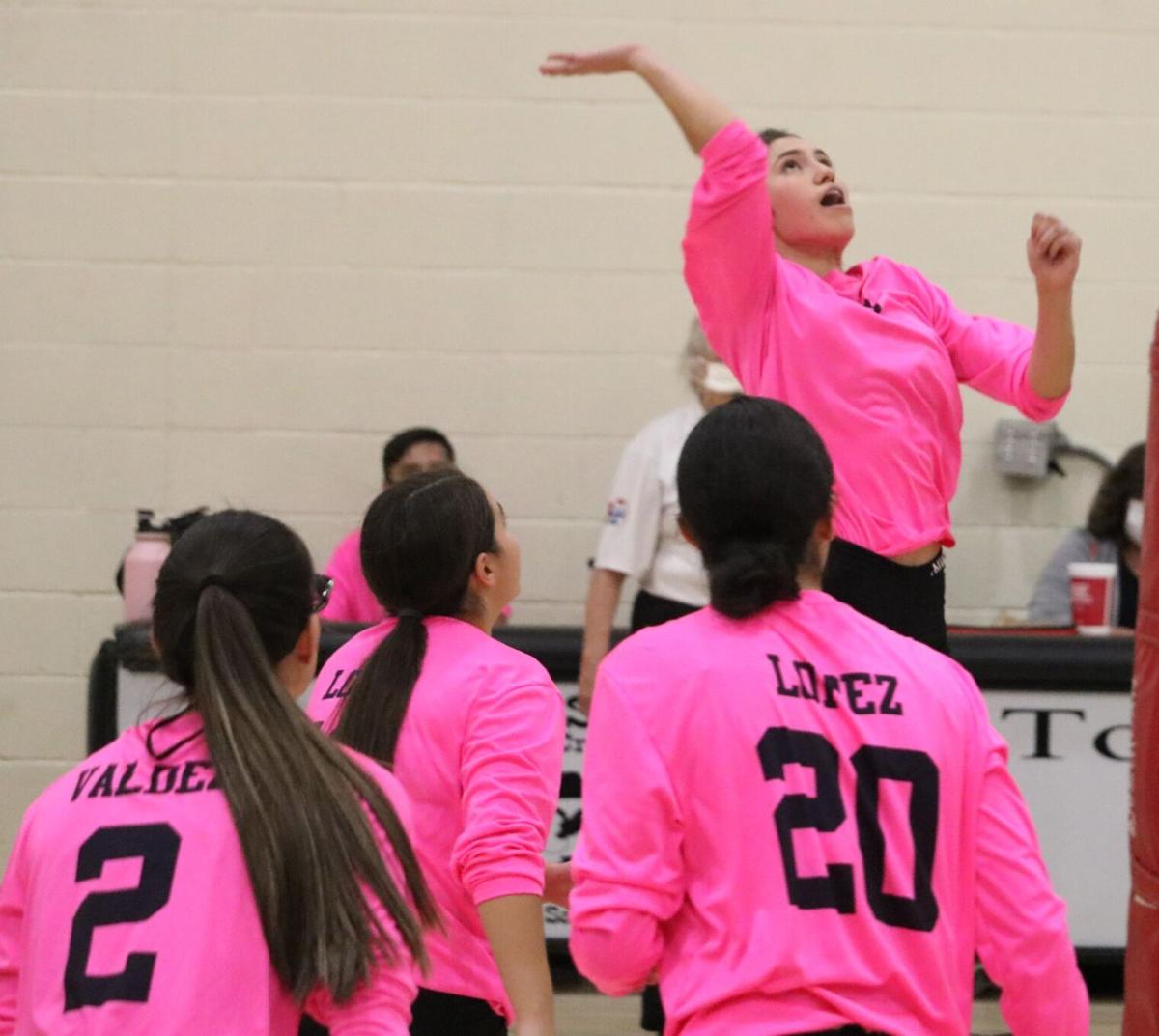 Gabby Lopez is quick to a ball In the Pumas win over Tombstone.

Both teams were evenly matched throughout the three sets and mistakes allowed the other team to rally back into the games. The teams exchanged the first 20 points of the game to tie the game 10-10. Tombstone was the first team to pull ahead and take a four-point lead, 15-11, causing Bisbee head coach Joni Giacomino to call a timeout.

Bisbee scored the first point out of the break but couldn’t string points together to tie the game until a Yellow Jacket serving error sparked the Pumas with the score 19-17. Lexi Lopez served an ace off the top of the net to pull the Pumas within one. Her team tied the game 19-19 on the next play. Bisbee pulled ahead 23-21 forcing Tombstone coach Dan Romero to call a timeout. Lopez knocked a ball down at the middle of the net to seal the Game One win 28-26.

Tombstone had the hot hand to start the second set as it leapt to a 4-1 lead before Bisbee battled to cut the deficit to two points, 6-4. Mistakes and serving errors by the Yellow Jackets allowed the Pumas to even the score 14-14 midway through the set. Tombstone regained the lead late in the set but once again let it slip away. Bisbee scored two of the set’s final three points to win the second set 25-23 and go ahead 2-0 in the match.

Tombstone took the early lead in the third game, like it had in the previous game. The Yellow Jackets soared to a 12-5 advantage off a good block by Kaitylyn Sowell. Strong serving and power hitting by Gabby Lopez allowed Bisbee to chip away at Tombstone’s lead, 16-13. Behind the serving of Gabby Lopez Bisbee tied the game 16-16. Tombstone regained the lead, 21-16, but mistakes once again hurt the home team. Bisbee rallied and tied the game 22-22 before scoring four of the last six points to win the match.

Thursday’s win put Bisbee at 5-3 on the season while Tombstone extended its losing streak to four games and is now 2-5 overall.

Both teams are back on the court on Tuesday. Bisbee travels to Pima High School while Tombstone hosts Benson.