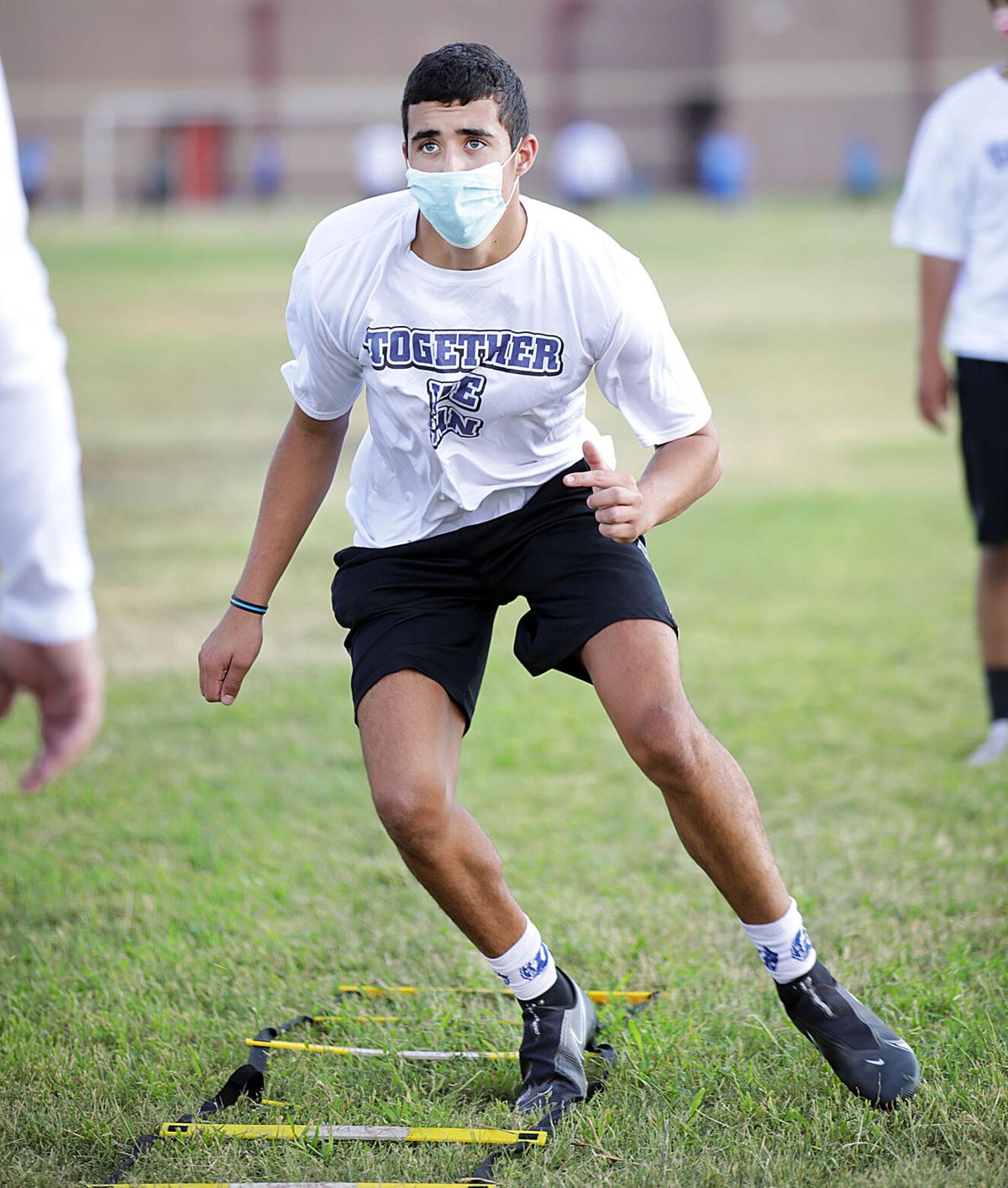 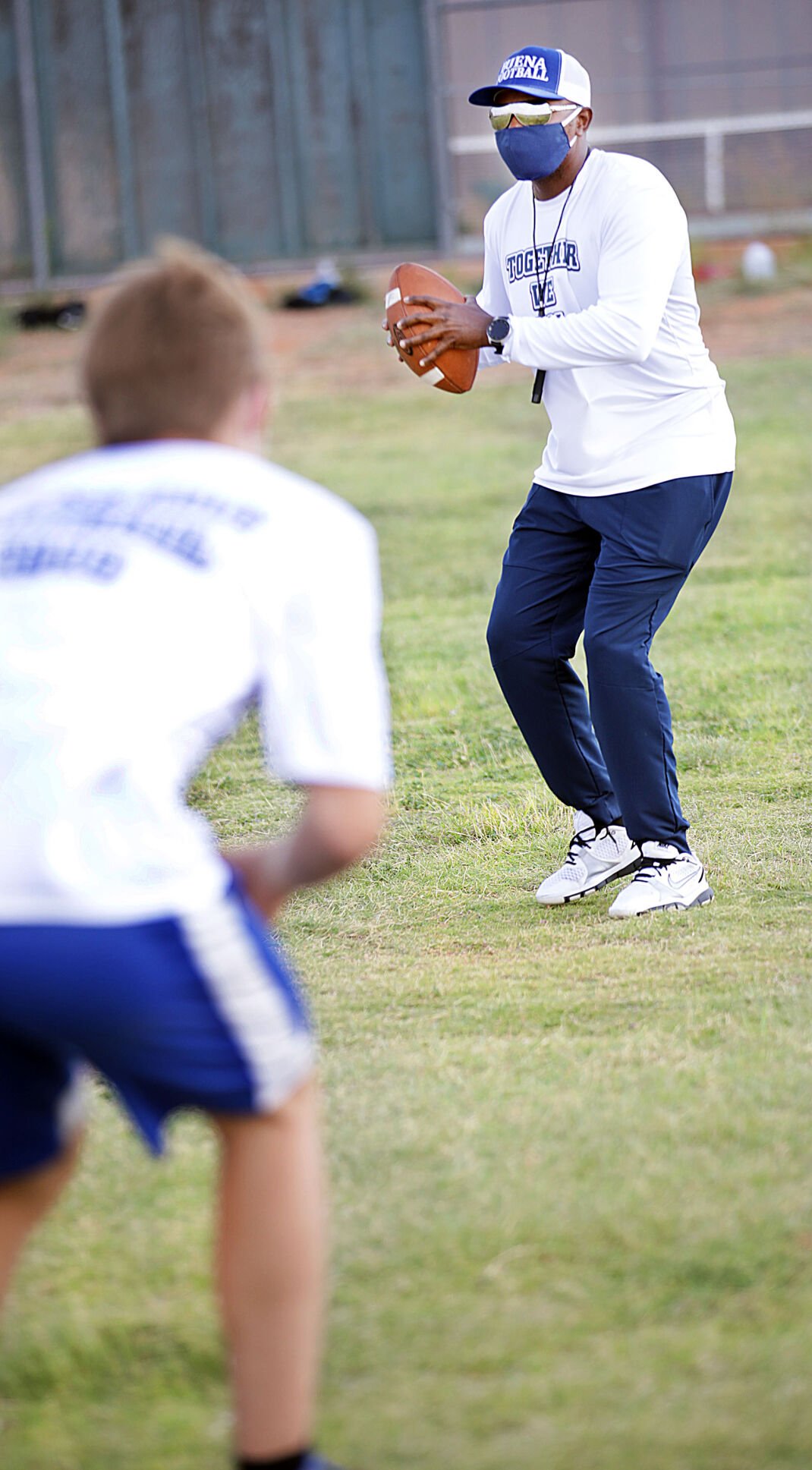 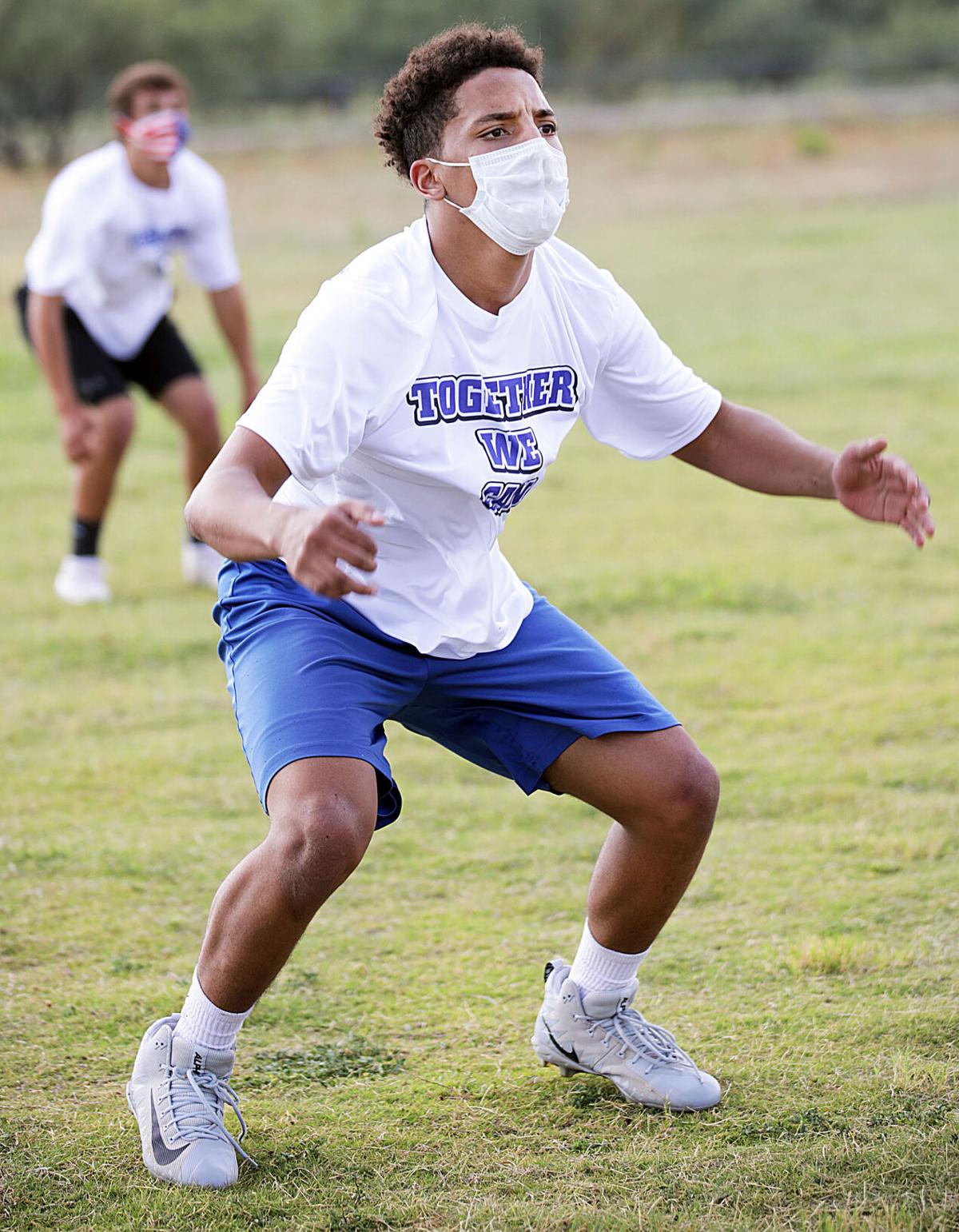 SIERRA VISTA — The wait is over for Buena players and coaches. Players took the field and court earlier this week for the first time since March.

“It means everything (to be back),” Buena football player Tory Walters said. “They took something we love away but it’s OK, we understand it’s for safety. We’re happy to be back.”

Tuesday was the first day of official practices for Buena High School fall sport athletes: volleyball, cross country, golf, football as well as swim and dive. Those sports other than football are off to a late start with the AIA allowing their official practices to start in August.

Practices for the team sports look different from what players and coaches are accustomed to since both the AIA and district have guidelines that have to be followed. All coaches are required to wear masks at practices and games and athletes are expected to wear masks when they aren’t working out.

Right now coaches are having their players go through the motions, whether it’s coverage patterns in football or volleyball players working on proper form when going for a hard hit.

Monday was the first day football teams could start mandatory practices. The Colts started on Tuesday per Superintendent Eric Holmes’ request since Monday was a holiday. Buena football is phasing in pads, helmets and equipment to ensure the safest return to the field.

“We could do everything right now but we’re phasing in day by day,” Thomas said.

Typically the team would be in full pads at this point and have two games and scrimmages under their belt. However, the focus is keeping everyone as healthy as possible and getting back in shape so there can be a season.

Even though passes and handoffs aren’t being made, the drills being done are helping the team prepare and condition for the season that’s three weeks away.

First football games are scheduled to be played on Friday, Oct. 2, after three weeks of mandatory practices. It is up to each district to decide if fans will be allowed at athletic events this year.