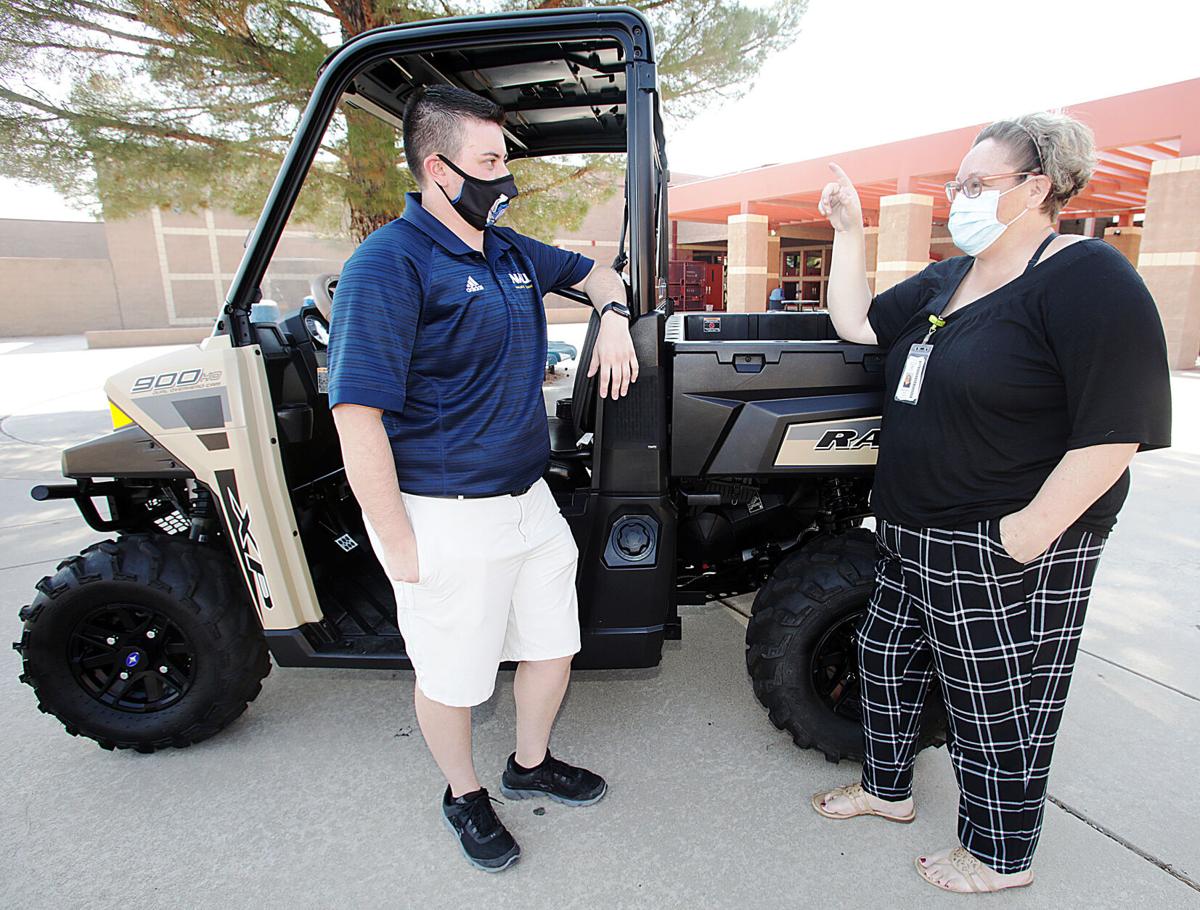 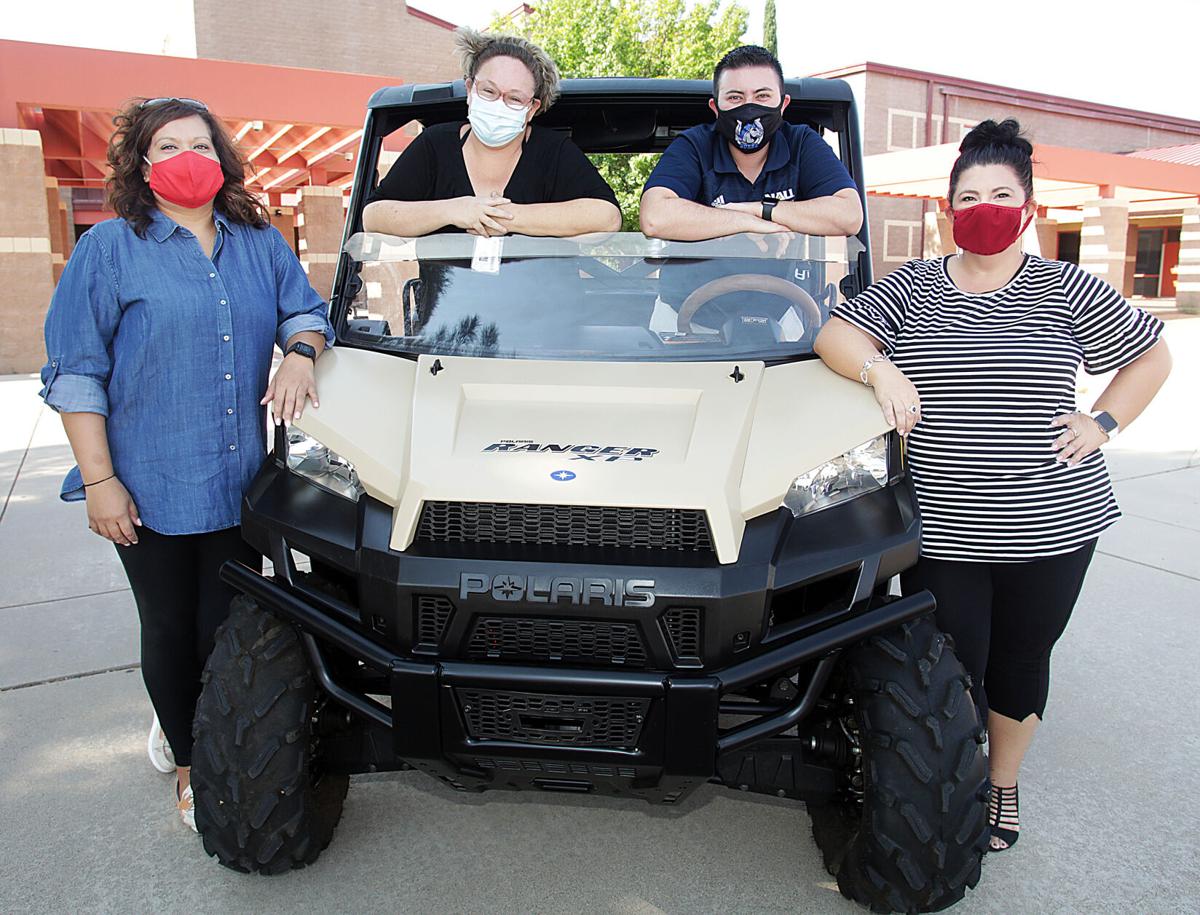 SIERRA VISTA — The Buena Booster Club presented the high school with a new 2019 Polaris Ranger XP900 on Wednesday, after months of fundraising for the vehicle.

The Ranger will be used by the school’s new athletic trainer Ky Karlik and the sports medicine program. Karlik said having a vehicle allows for “faster transportation” between practices and moving a player from a field if needed.

Buena Booster Club President Melissa Avant said the club has been fundraising since February to purchase a new vehicle for the athletic department. When athletics was halted in March, Avant and her team had to change how they raised money since they didn’t have funds from snacks sold at games any more.

“We were trying to pound the streets because we weren’t getting any revenue from concessions,” she said.

The club was able to find sponsors and raised the $9,000 needed after Cochise Motorsports marked the Ranger down $3,000 for them. Legacy Foundation donated $3,000 because the vehicle would be used for the health and safety of the athletes. Lawley Automotive Group contributed $2,000, 3D MC donated $1,500, an anonymous donor contributed $1,000, ISEC donated $1,000 and the booster club paid the rest.

“I’m grateful the booster club is in a position to fundraise with our great community partners,” Avant said.

The previous vehicle used by former athletic trainer Wesley Wood broke during the winter season and Avant said they were told it “was not cost effective” to fix the old one. The school had that one for about eight years.

Buena Booster Club is a 501©3, which allows them to fundraise for the school and for Buena athletes. For more information about the club or to make donations contact Avant at 520-234-5670.