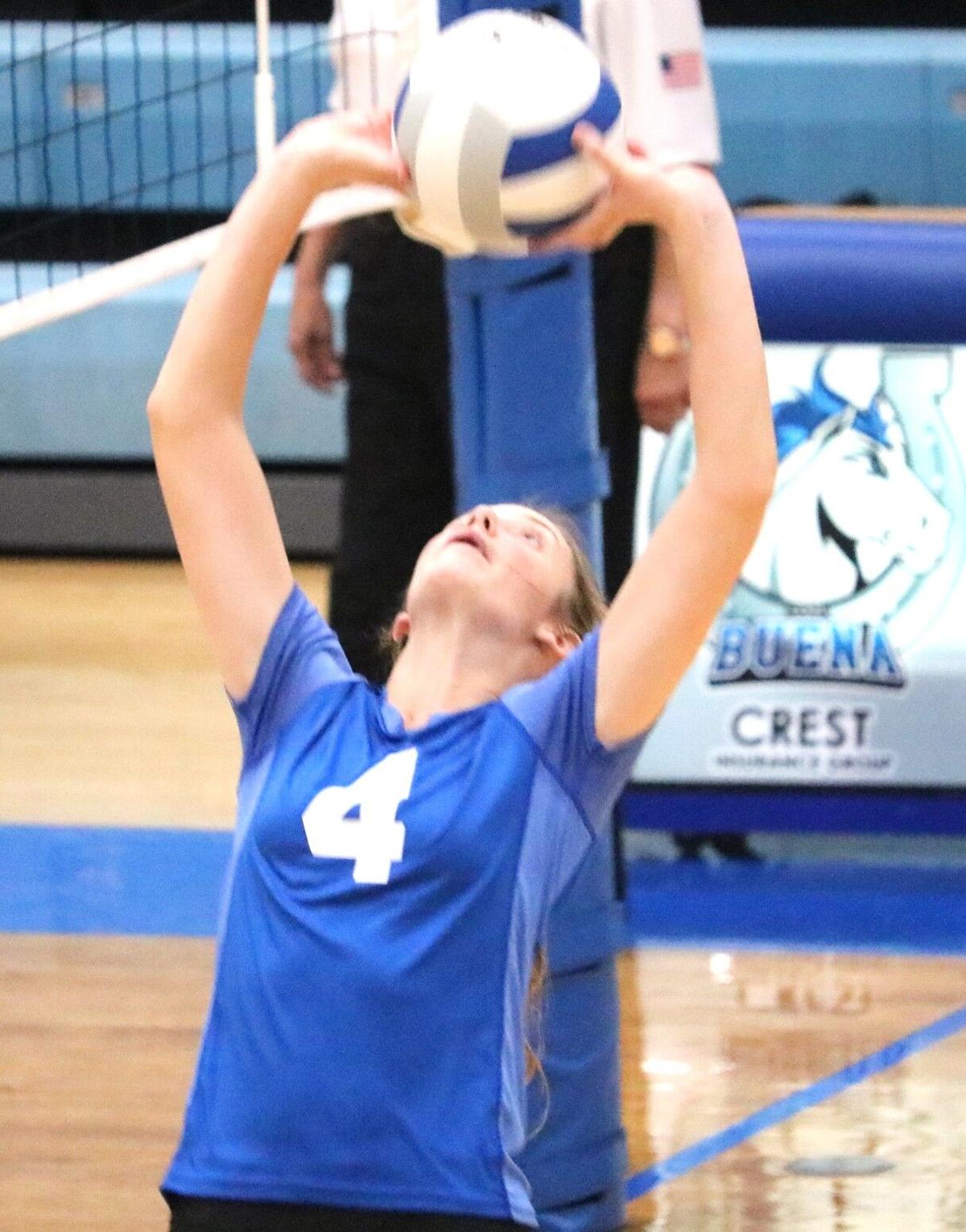 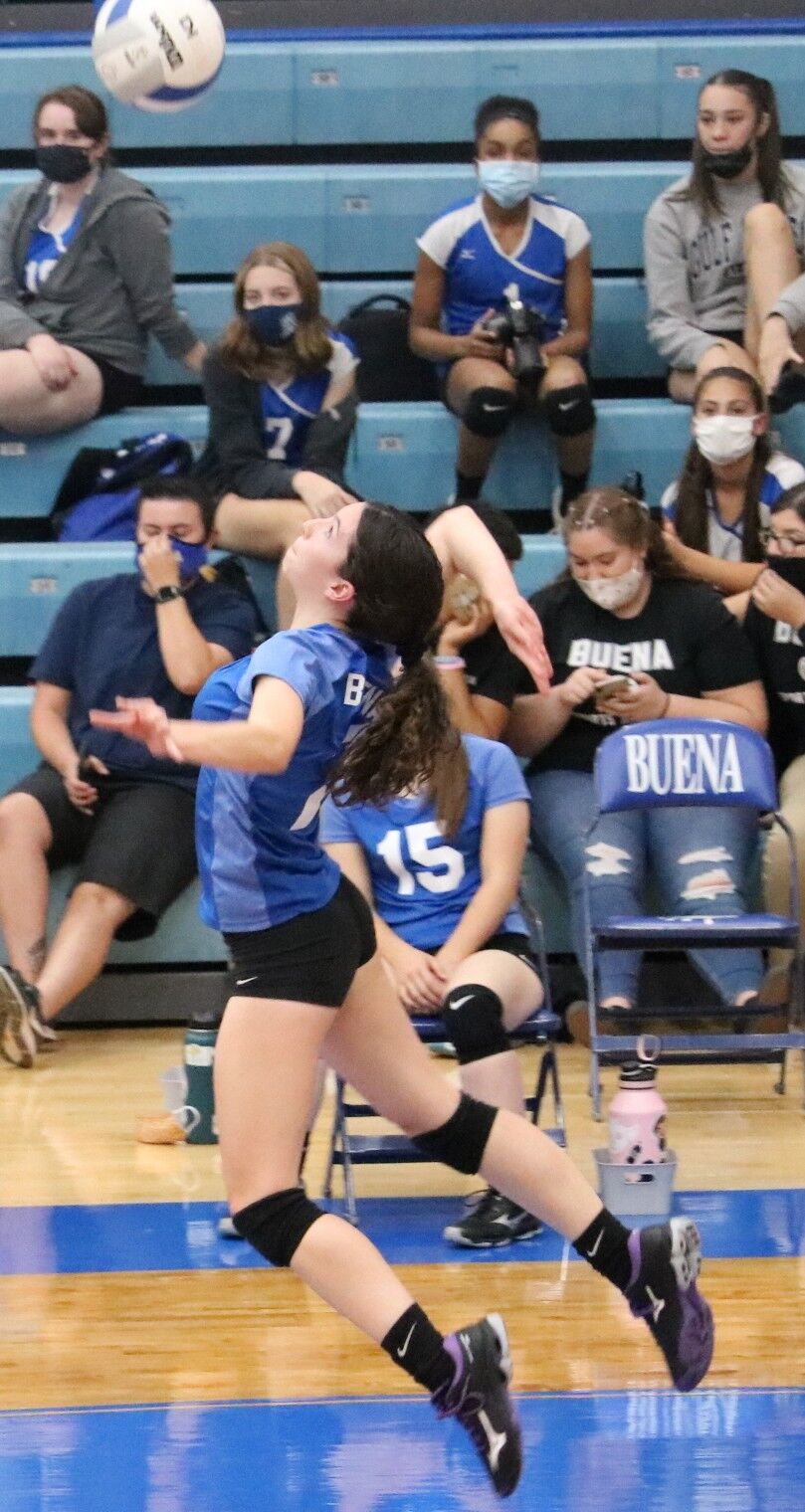 Buena scored the first point of the match but Cienega quickly took a 7-2 lead, which prompted Buena head coach Todd Bradbury to call a timeout. Emma Messerle powered a ball past the Bobcat players at the middle of the net out of the break to cut the Colts’ deficit to four.

Poor serving to start the match hindered Buena’s opportunity to string points together, however, midway through the set Buena found some offensive rhythm and pulled within three of Cienega, 14-11. Buena’s offense stalled and Cienaga jumped to a 21-13 lead, forcing another timeout by Buena. The Bobcats scored four of the five points out of the break to take the first game of the match, 25-14.

Buena’s shakiness continued to start the second set. Cienega was awarded the first point due to a rotation error to start, and scored the first four points before a serving error gave Buena their first point of the set. Buena reciprocated with a serving error of their own. Another kill in the middle by Messerle made the score 6-2 in favor of the visiting squad. Mistakes by the Colts allowed the Bobcats to leap to an 11-2 lead.

A Bobcat serving error gave the Colts their third point of the set. The point led to a brief rally by the home team as they cut Cienega’s lead to six points, 13-7. Buena mounted a comeback late in the set and tied the game 23-23 thanks to strong defense and serving by Emileigh Furry and Miranda Ruiz. Back-to-back hits into the net by the Colts gave the Bobcats the final two points they needed to win the second set 26-24.

Momentum continued in favor of the Bobcats in the third set. A series of points capped by an ace gave them a 5-0 lead to start. Buena cut the lead to two, 6-4, on an ace by Britney Comolli. Cienega scored the next five points to take a 9-4 lead and force a Buena timeout. Mistakes and miscommunication hindered the Colts throughout the set and kept them from stealing a game in the match.

The loss puts the Colts at 2-1 overall on the season. Buena is back on the court on Thursday when they host Desert View.