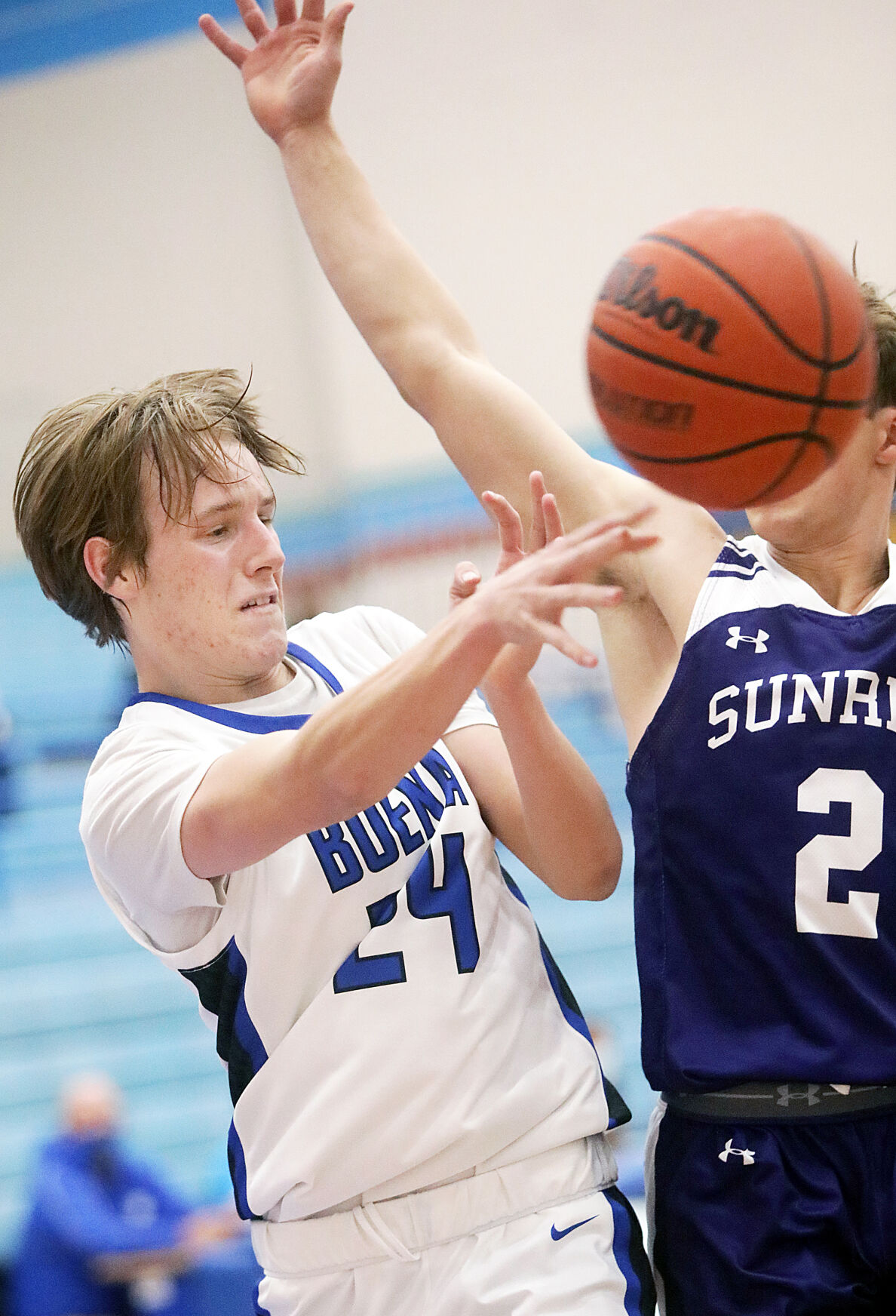 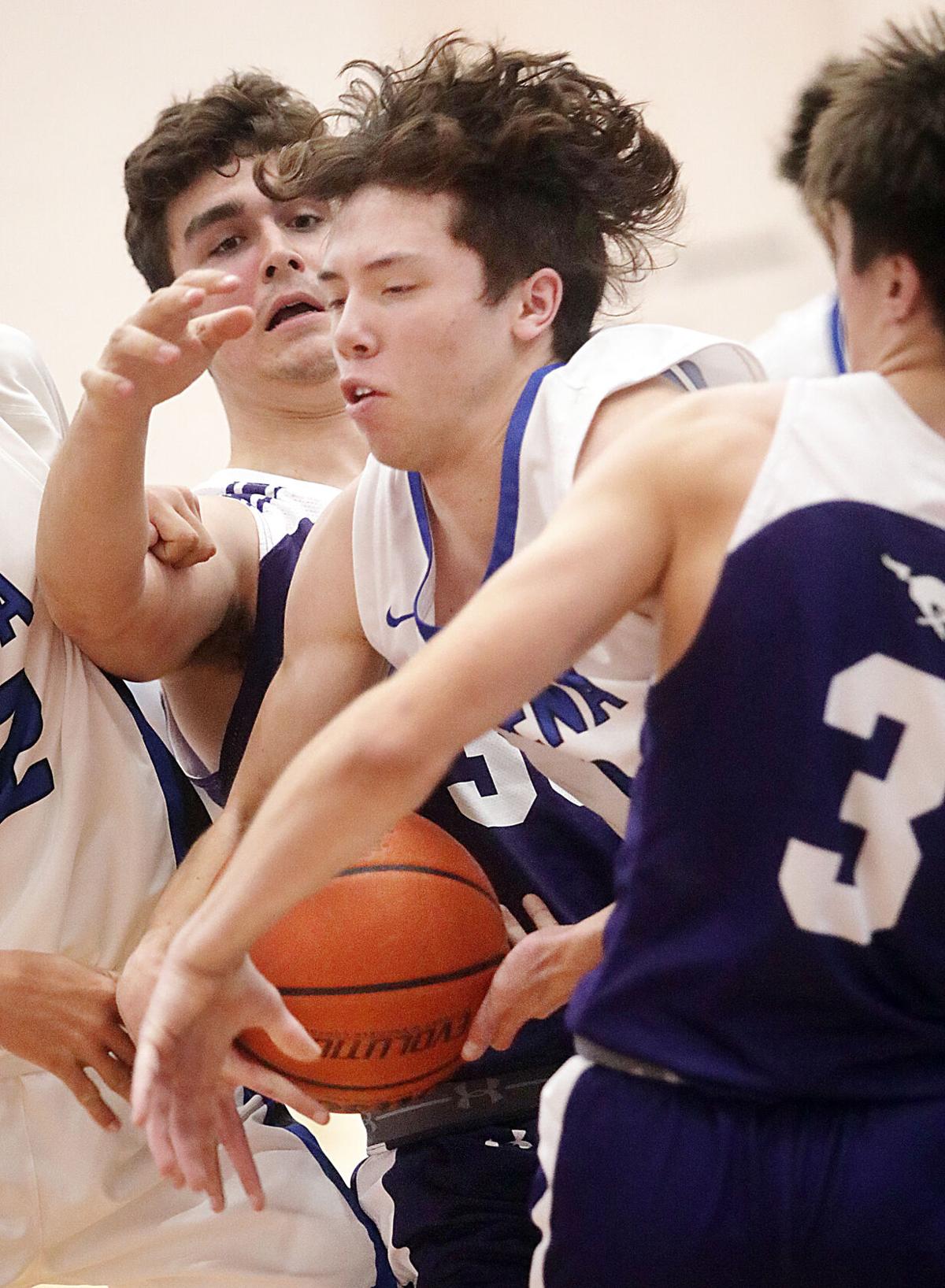 It gets a bit claustrophobic for Colts junior Wyatt Gordon as he battles for the ball under the Buena basket versus Sunrise Mountain.

It gets a bit claustrophobic for Colts junior Wyatt Gordon as he battles for the ball under the Buena basket versus Sunrise Mountain.

SIERRA VISTA — Buena High School’s boys basketball team’s shot at a state title came to an end Thursday night in Sierra Vista. The No. 5 Colts were upset by No. 12 Sunrise Mountain 60-56.

Sunrise Mountain opened the scoring, but its 2-point bucket was quickly countered with a 3-pointer by Buena’s Hector Ballesteros. The teams exchanged the lead in a seesaw battle until the Colts broke ahead and took a 15-11 lead on a steal and score by Noah Roy. Buena led 19-15 at the end of the first quarter.

Sunrise Mountain scored the first seven points of the third quarter to take a 33-32 lead and force Buena head coach Tyler Molesworth to call a timeout. Buena scored the next six points out of the break to take the lead once again. Sunrise Mountain made two free throws late to make the score 44-42, which is how the teams went into the fourth quarter.

Senior Christian Gouchie led Buena with 14 points. Ballesteros was second with 12 points, all from beyond the arc. Jake Smith added 11 points for the Colts.