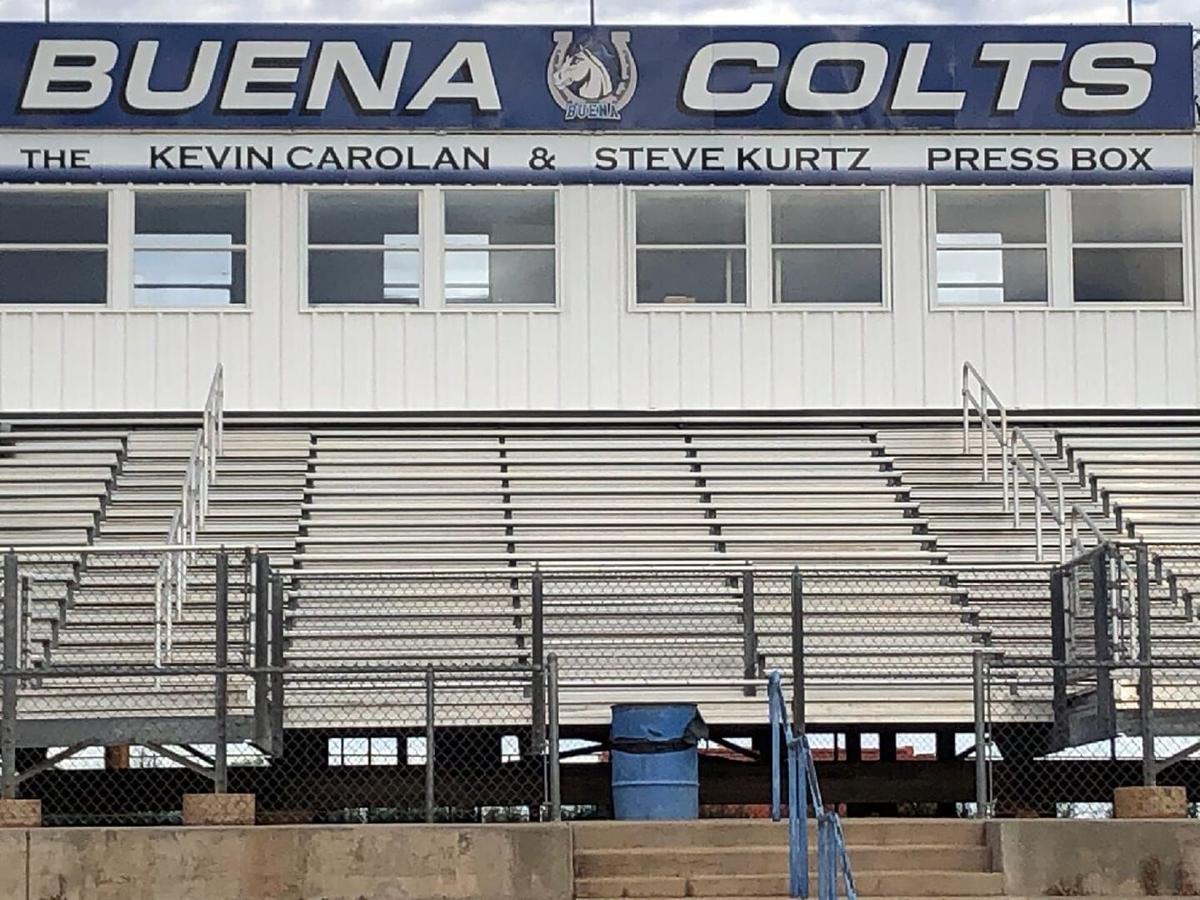 The press box in Loveless Stadium is now named in honor of Kevin Carolan and Steve Kurtz. 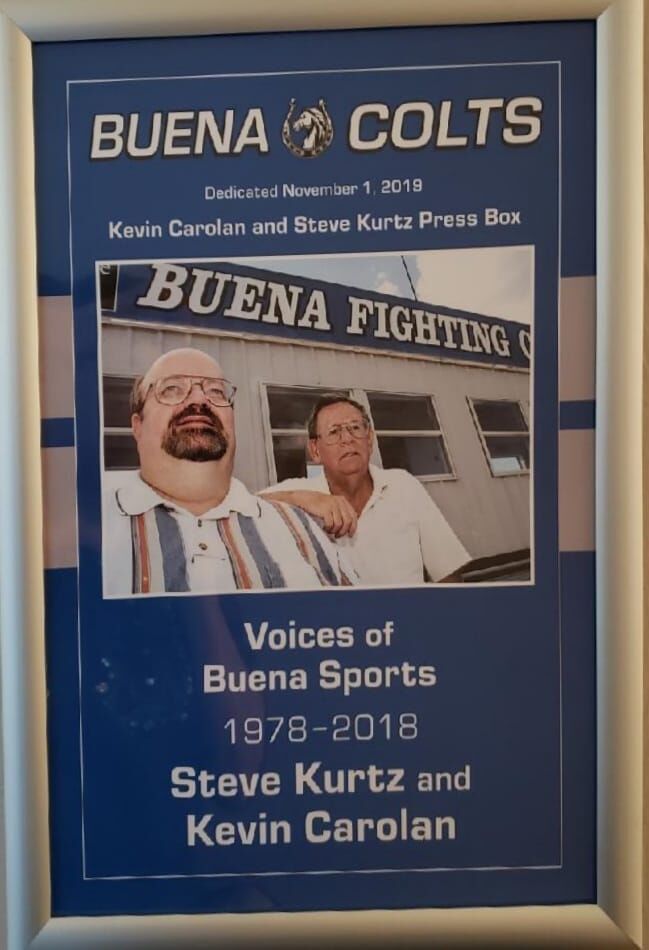 The press box in Loveless Stadium is now named in honor of Kevin Carolan and Steve Kurtz.

SIERRA VISTA — A year-long project for Wendee Grinde and Debbie Kurtz came to a close earlier this summer as longtime journalists Kevin Carolan and Steve Kurtz were memorialized in the place they considered their second home.

In October 2019 the Sierra Vista Unified School District governing board voted to name the press box in Loveless Stadium the “The Kevin Carolan and Steve Kurtz Press Box” after two men who have a combination of 90 years of service to Buena High School sports. In late July the signage was placed on the press box.

‘We feel bittersweet, as it’s the end of an era for us, but we are elated that these two men have been honored,” Grinde said. “I’m sure they’re looking down and are pleased.”

Debbie Kurtz, Steve’s widow, agreed the dedication was deserving for the two men, whose voices were well known to Colts fans.

“Kevin and Steve were two men who never did anything halfway,” she said. “They put their heart and soul into all Buena sports and because of that many Buena athletes received media attention that helped them get to the next level. Their work also encouraged community support for the athletes and this press box sign was our way of honoring their memory.”

Due to the COVID-19 and the limitations of who can be on SVUSD campus, the signage and plaque was placed without anyone in attendance. Grinde said she and Debbie Kurtz attempted to see it while they drove by but were unable to.

“I’d rather it be up and seen and done instead of waiting,” Grinde said.

She added that the process started a year ago but wasn’t initially fully supported by school officials after Buena assistant principal and athletic director Greg Duce approached the board with the idea. In October 2019 board president Barbara Williams said she received 58 letters of support in naming the press box after them, including from the mayor.

“I answered every single one of them,” Williams said in October. “I know their loss is not going to be made up for by naming a press box after them, but I like the idea of carrying forth their memory.”

Kurtz called Colts football games on the radio for 45 years while Carolan assisted him in the booth, while also writing and working as sports editor for the Herald/Review. Kurtz first started calling Colts football games more than 45 years ago, and also served as a PA announcer for the Sierra Vista high school’s basketball and baseball teams.

Grinde said their work helped many Buena student-athletes be recruited and looked at by college coaches all over.

“We wish they would have been here,” she said. “It’s sort of a closure.”