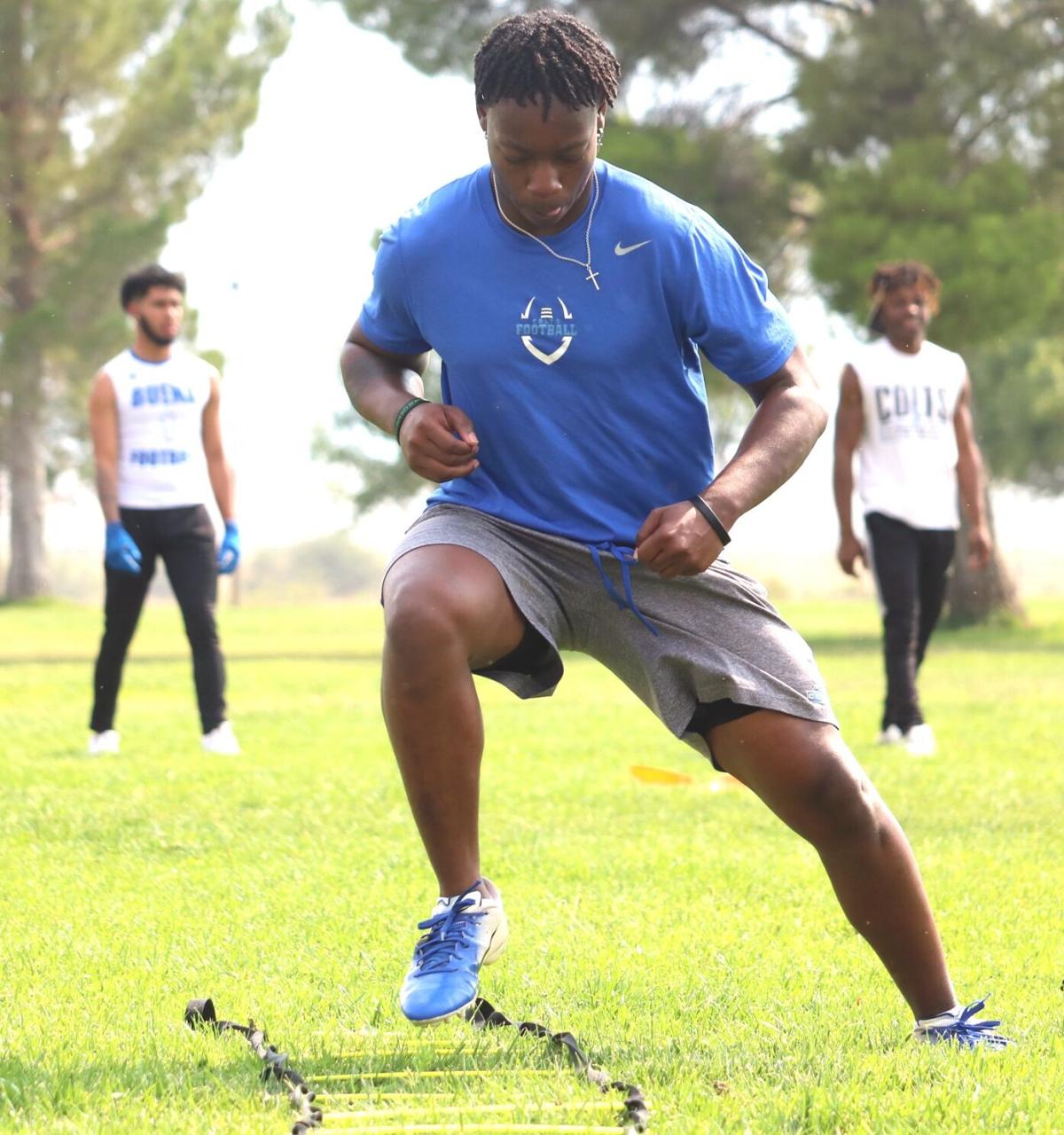 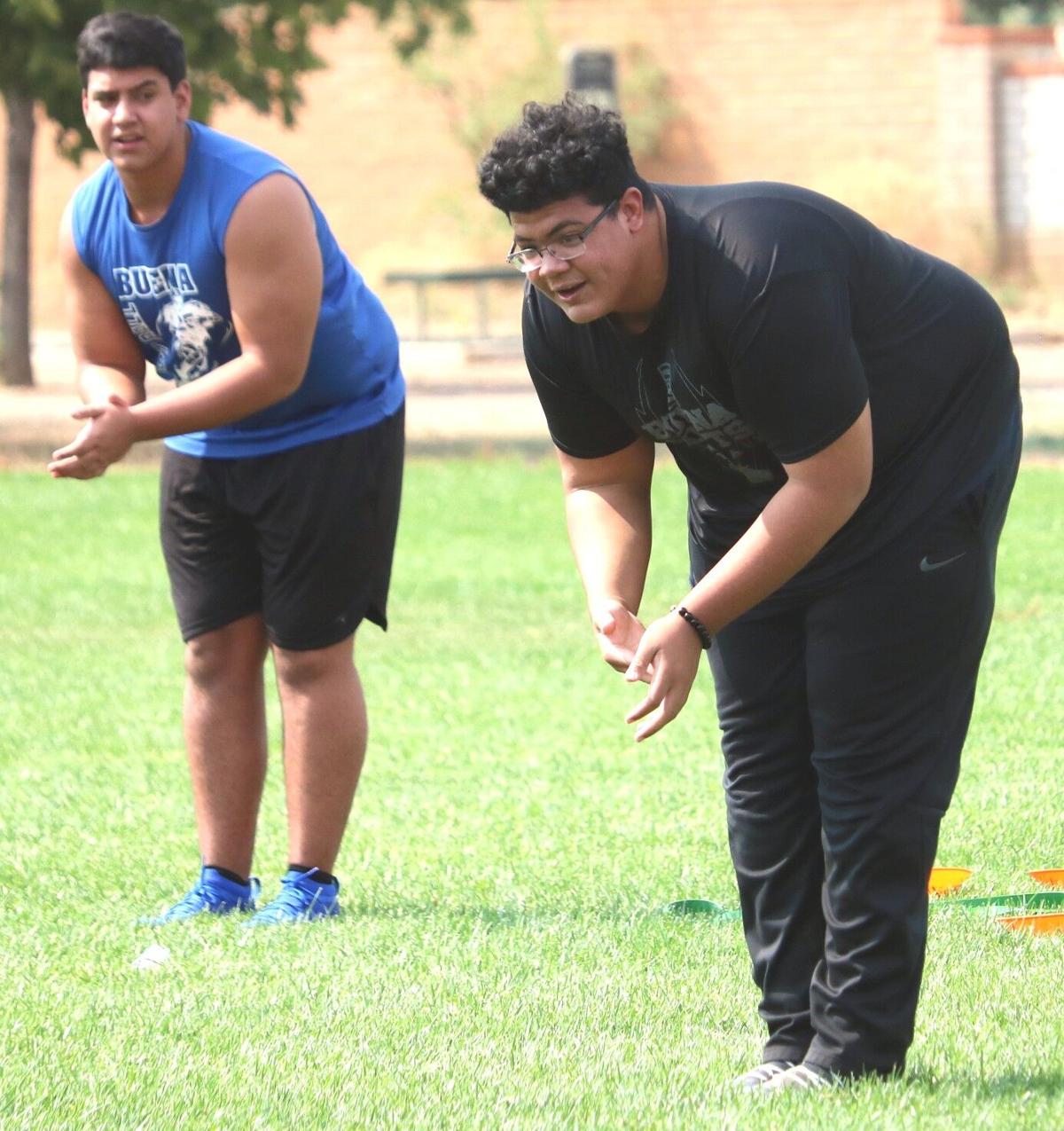 Dominic Avant leads some of his teammates who attended an optional player organized workout in stretches. 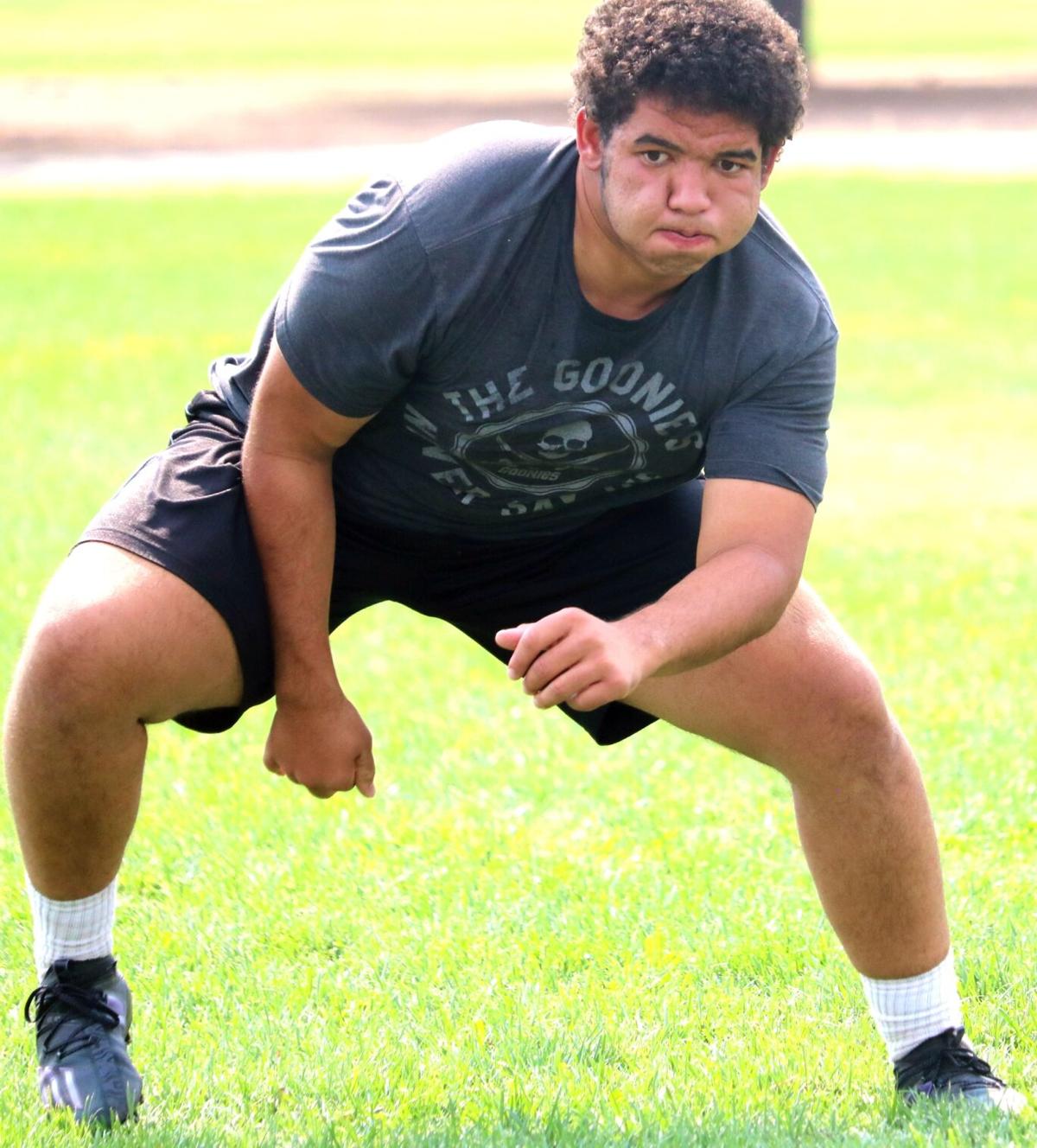 Dominic Avant leads some of his teammates who attended an optional player organized workout in stretches.

SIERRA VISTA — Staying away from the football field is something Buena High School players haven’t done since they started playing the sport that is now a part of them.

This is the first August senior Dominic Avant and junior Jadon Stewart haven’t been on a Sierra Vista football field since they were 7 years old.

“It hurts knowing that I might not play my senior season,” Avant said. “I understand (their concern) but as an athlete they’re tearing us apart. Let us play.”

Stewart added because they have been playing so long and usually play year round, the passion and dedication they have for the sport exceeds what people think.

After making the postseason for the first time in more than five years, the Buena’s football team was on track and hungrier than ever to make it back to the postseason and further than last year’s first round exit.

“We’re hungry. We’re motivated,” senior cornerback Ramses Rodriguez said. “The first round is just a little taste of what we’re going to get this year.”

However, their optimism that they will have an opportunity to represent Sierra Vista in those Friday night showdowns is diminishing as they haven’t been able to step on the field since March, and it’s uncertain if they will be able to in time to qualify for the AIA postseason. It’s been up to the players to stay in shape and sharp for when and if they are given the opportunity to return to the gridiron.

“Everyone on the team is trying to stay focused,” senior running back and linebacker Isaac Benoit said. “Everyone is gradually losing faith on having a season.”

Buena athletics was given the greenlight to start twice this summer, once in July and another in August, but the start was delayed indefinitely earlier this month as students are not yet on campus. The plan is for sports to resume if and when in-person instruction returns.

So far, the delay to the start of fall sports will cause the golf, cross country and swim and dive teams to miss roughly a month of their season. Teams have to practice two weeks before their first competitions. The AIA requires football teams to have three weeks of mandatory practice before their first game.

With the AIA’s staggered start the first official practice for volleyball is Monday and football practices should start on Sept. 7. Week one of football will be Friday Oct. 2. Buena doesn’t have a set date to resume any fall sport.

“I don’t understand why it hasn’t started,” Nancy Ledesma, whose son Jon Parsons plays on Buena’s football team, said. “City league has started. … I feel like our kids are having their childhood taken away.”

She added that since her son hasn’t been able to play football or work out with his teammates, she has noticed a difference in his personality.

“He doesn’t have his outlet,” Ledesma said. “It’s frustrating. They are being robbed.”

A survey circled social media earlier this week, asking one question: “Are you in favor of fall sports at Buena High School returning if the coaches, administrators and all support staff implement and strictly follow safe guidelines as set by the state of Arizona and the AIA?” As of 3:15 p.m. on Tuesday, 477 people took the survey and 449 said “yes” they would be OK with a return.

Melissia Avant, Dominic Avant’s mother, wishes parents were given a choice as to whether or not they wanted their child to participate instead of delaying for everyone.

“It’s heartbreaking to watch,” she said. “I feel for (Dominic) and all of his teammates. It should be a choice parents and students have and we don’t have a choice.”

She added that even if she doesn’t get to be in the stands Friday nights to watch them play she’d be okay with that along as the players are able to play. One of the reasons Melissa Avant wants not only her senior but others to have a chance to play is so they can possibly earn scholarships to continue their education and football careers.

Rodriguez said a lot of players have become dependent on football to help them pay for college, and coaches want to see senior year film to see how consistent they played throughout their high school career.

Benoit, Rodriguez, Stewart, Parsons and Dominic Avant all agreed they will do anything to put pads, and more importantly the Buena blue, on one more time — even if that means cleaning equipment, wearing gloves and shields during competition and practices.

“We stay grounded on the football field,” Benoit said. “I don’t know where I’d be at if I didn’t play football.”