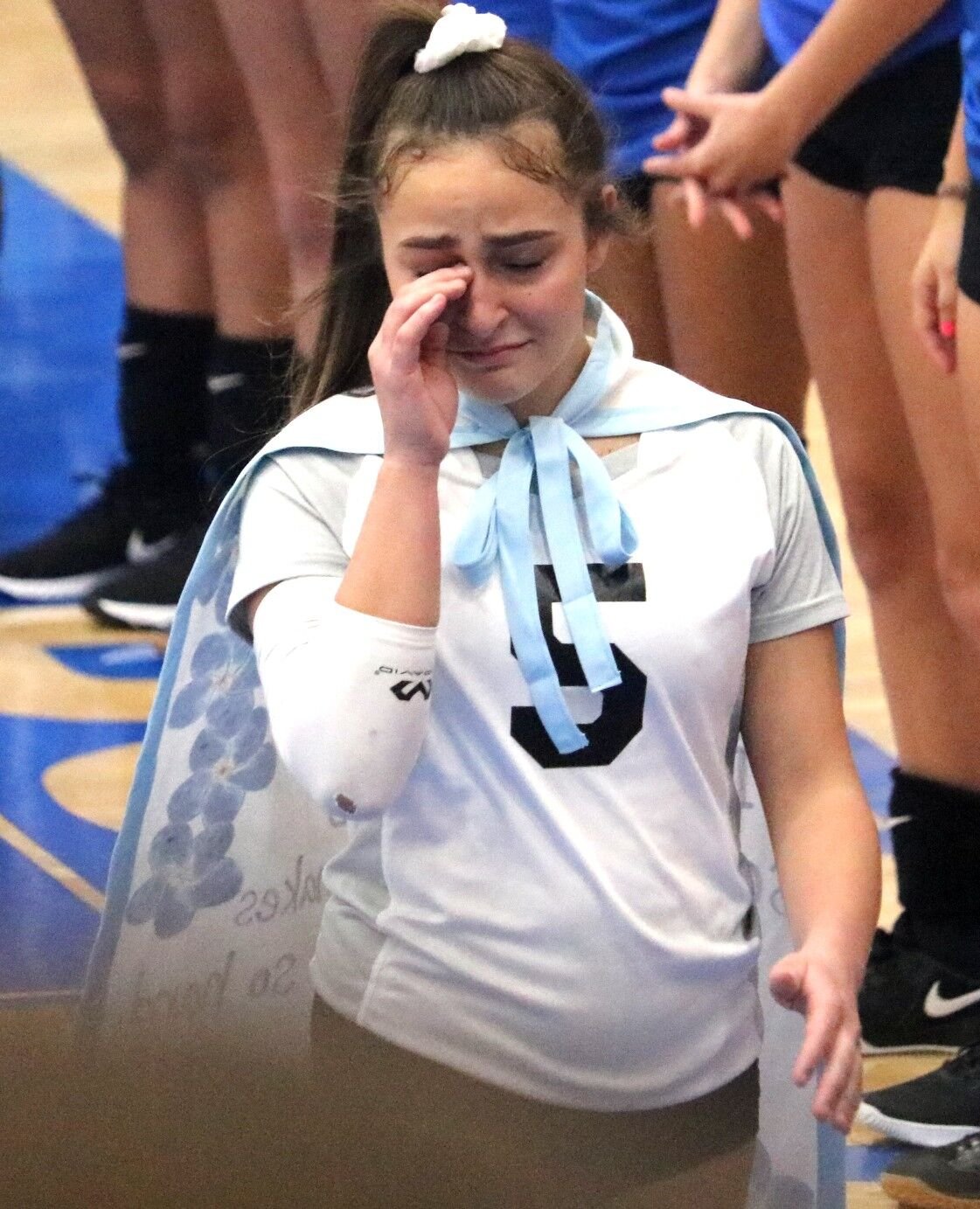 Kailani Parades gets emotional during her recognition on senior night. 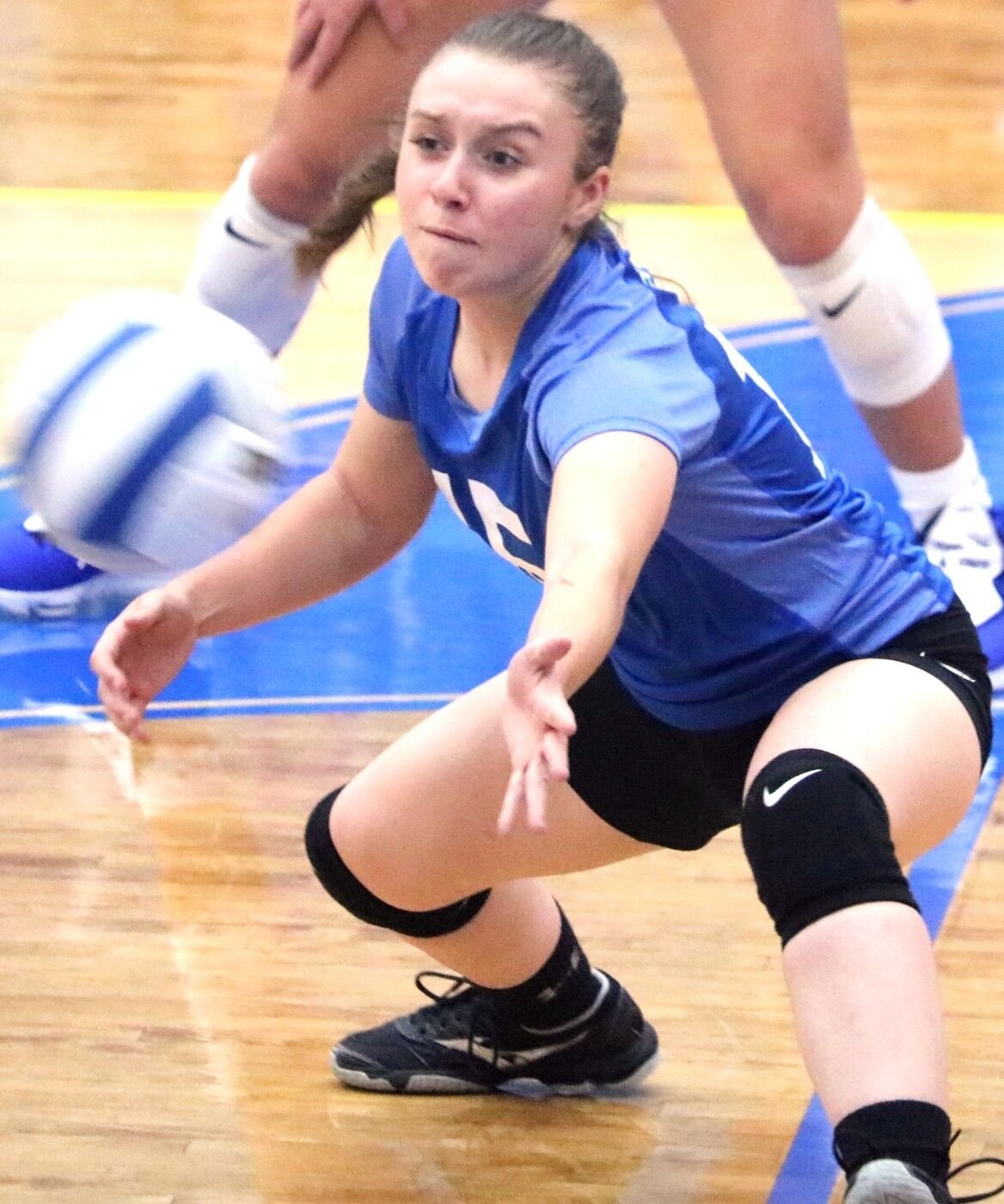 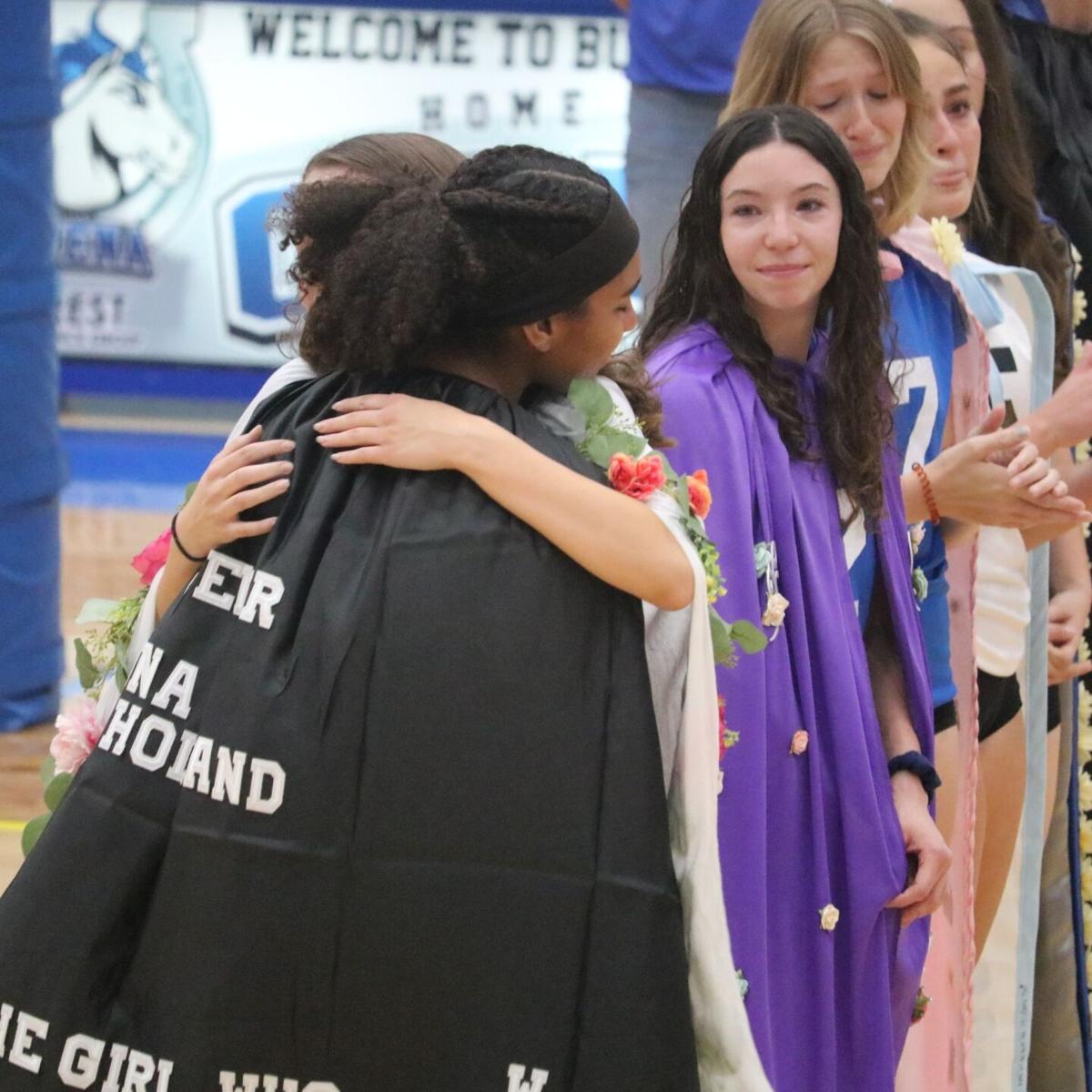 Emma Bursik hugs D’anna Holland prior to Wednesday's match against the Apaches on Senior Night. 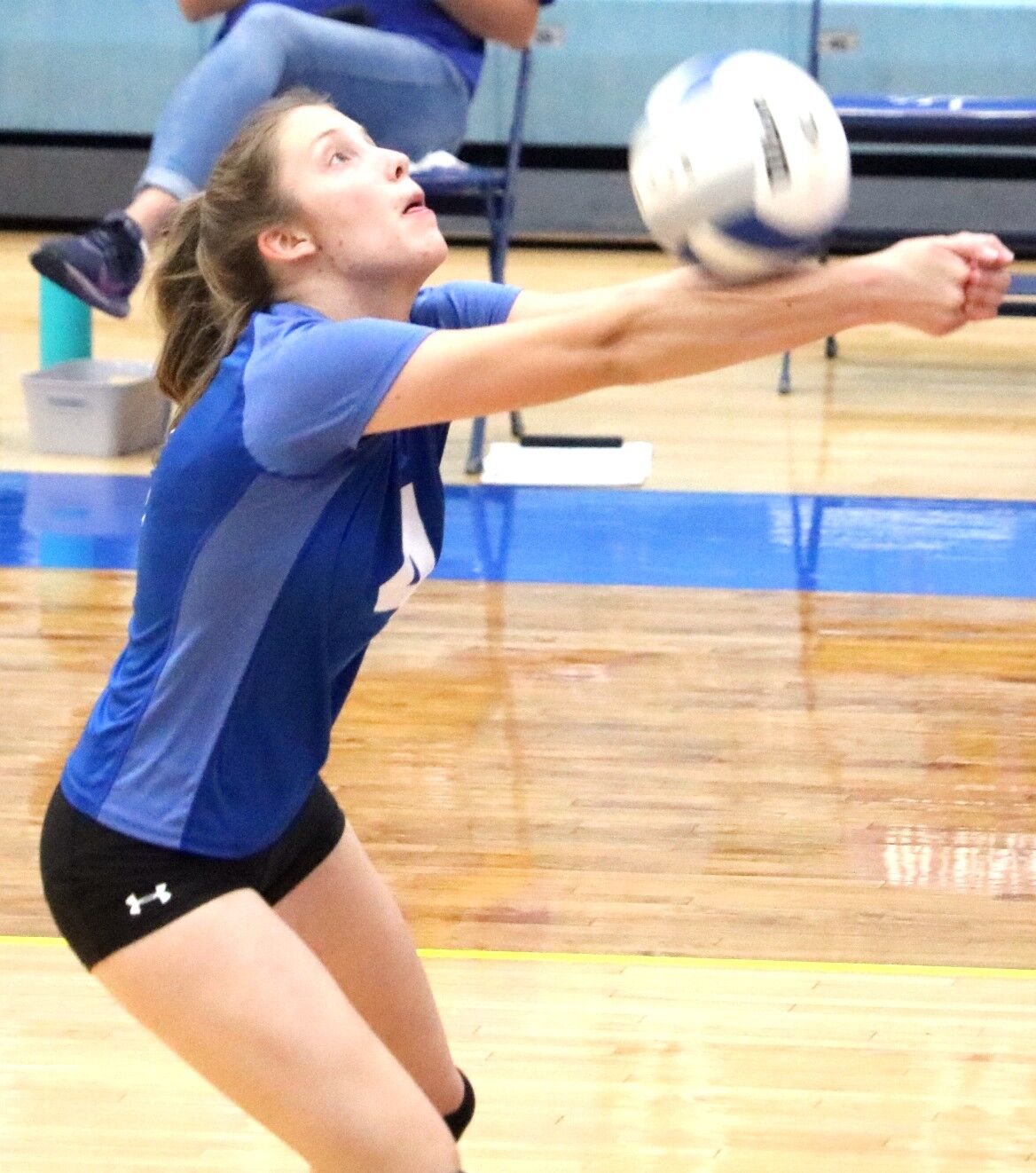 Emileigh Furry makes a pass to a teammate Wednesday night in Sierra Vista.

Kailani Parades gets emotional during her recognition on senior night.

Emma Bursik hugs D’anna Holland prior to Wednesday's match against the Apaches on Senior Night.

Emileigh Furry makes a pass to a teammate Wednesday night in Sierra Vista.

SIERRA VISTA — It was an emotional start to Buena’s match against Nogales Wednesday night as the team’s seven seniors were recognized before the match.

It was evident on the faces of Lillie Smith, Kailani Parades, Emma Bursik, Emma Messerle, Marissa Perry, D’anna Holland and Abigail Oletski that they were grateful for the opportunity to play their senior season.

“I can’t say enough about how proud I am of our seniors and their years of commitment to the team and their development,” head coach Todd Bradbury said. “This year more than any other has been a difficult one to prepare for and they have stood up to that challenge. Each has proven a valuable contributor to the team in practice, in matches and off the court.

Nogales scored the first point of the match with a short serve off the net that dropped on Buena’s side of the court for the ace. Emileigh Furry tied the game 2-2 with an ace for the Colts, however it was Nogales that earned the point after the tie and the following three points to go ahead 5-2. Four consecutive aces by Messerle gave the home team an 8-6 advantage and Buena’s first lead of the set. Nogales tied the game 8-8, but a block at the net by the Colts gave them back the lead, which they didn’t relinquish. Back-to-back aces by Oletski gave Buena a five-point advantage, 13-8. She closed it out for the Colts, 25-16, with her third ace of the set.

The second set mimicked the start of the first set, except it was Buena that took the three-point lead after the 2-2 tie. Smith found success with shots down the left side that the Nogales defense couldn’t touch. Britney Comolli served five consecutive points for the Colts, which put them up 7-2. Messerle brought Buena within two points of clinching the second set, 23-9, with 16 consecutive serves. She had four aces during her run behind the service line. Buena won, 25-12, on a service error by Nogales.

Buena played most of the third set with its substitutes on the court. The Colts struggled to find their rhythm in the early going which put them behind 8-2.

Buena didn’t back down and rallied from its seven-point deficit to pull within two points, 19-17. A pair of aces by Parades tied the game 19-19.

The teams exchanged points late in the set until a miss-hit by the Apaches gave the Colts a 24-23 lead. An ace by Perry sealed the 25-23 set win for the Colts as well as their third consecutive win.

Smith and Holland had success from the outside for Buena, powering balls past the Nogales defense, while Bursik and Aly Gonzales were able to score points at the middle hitter position.

Buena is 5-1 on the season and is back in action on Tuesday, traveling to Cienega High School.