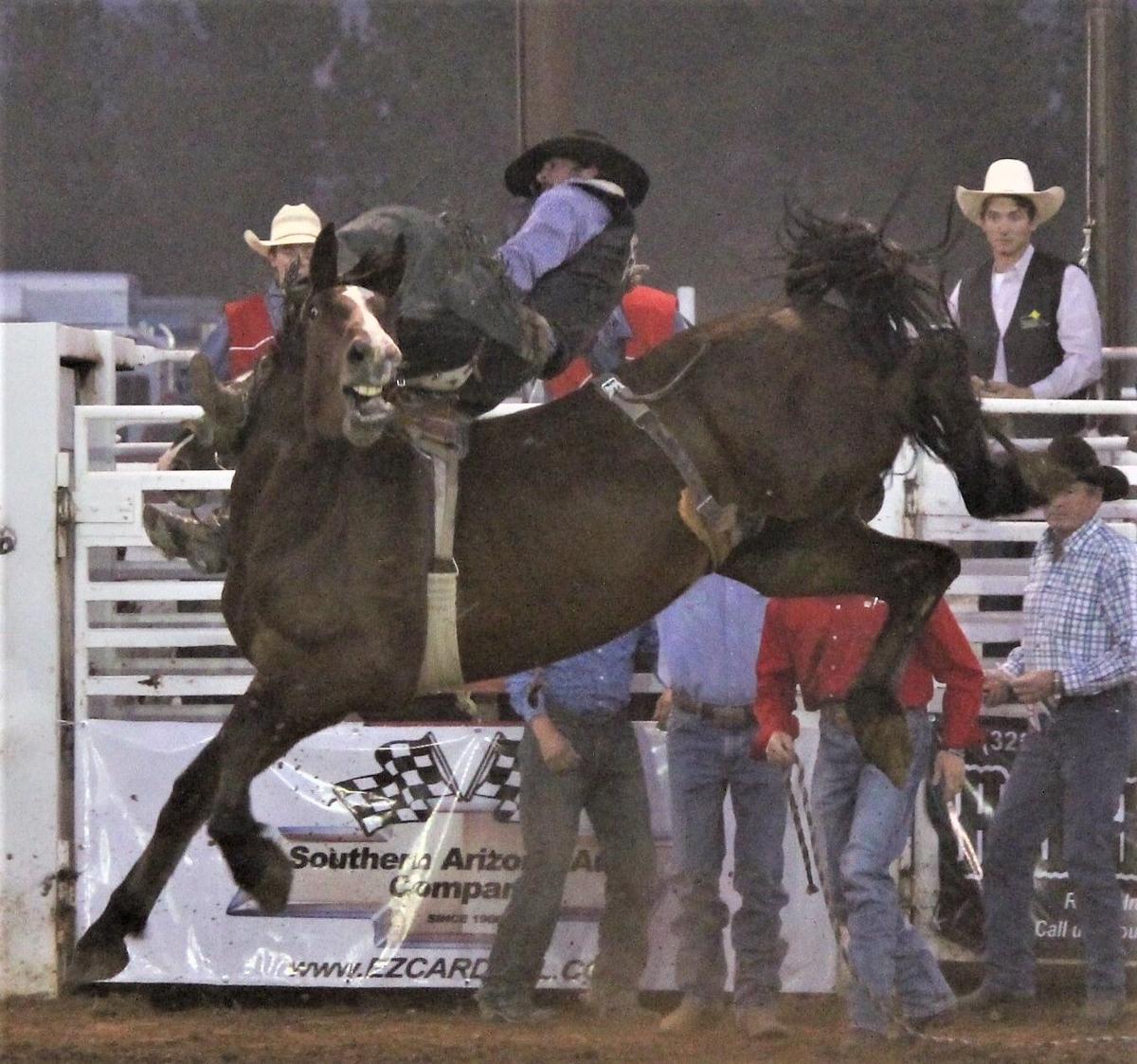 With the NJCAA's announcement that all fall sports will be pushed back to after the first of the year, the Cochise College rodeo, a big hit every year at the Cochise County Fair, will not be taking place this year. 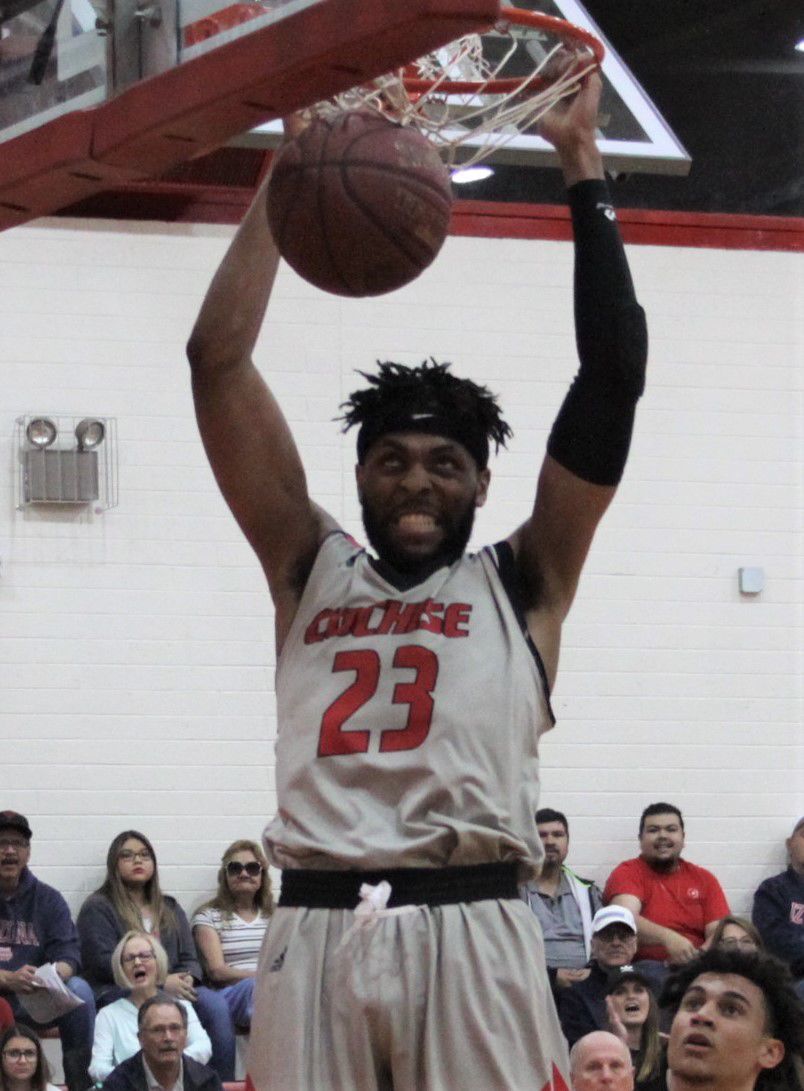 Basketball will not start until Jan. 11 after the NJCAA adusted the schedules for the upcoming academic year.

With the NJCAA's announcement that all fall sports will be pushed back to after the first of the year, the Cochise College rodeo, a big hit every year at the Cochise County Fair, will not be taking place this year.

Basketball will not start until Jan. 11 after the NJCAA adusted the schedules for the upcoming academic year.

DOUGLAS — In response to the COVID-19 pandemic, the National Junior College Athletic Association (NJCAA) has announced an adjusted plan of action for the upcoming 2020-21 academic/athletic year.

All close-contact fall sports,which includes football, men’s and women’s soccer and volleyball will be shifted to the spring semester. The NJCAA cross country championships for all three divisions and half marathon championships will remain as their originally scheduled dates in the fall as well as Division III women’s tennis.

What does this mean for Cochise College?

According to Cochise College Athletic Director Dr. James “Bo” Hall, this means there will be no soccer, rodeo, men’s or women’s basketball or baseball at Cochise College until after the first of the year.

This announcement cancels the Cochise College rodeo which is held every September at the Cochise County Fair. The rodeo program competes in the Grand Canyon Region which has announced it has cancelled all of its fall rodeos in conjunction with the NJCAA recommendation.

A statement by the Maricopa Community Colleges Office of the Interim Chancellor, Dr. Steven R. Gonzales states that consistent with the NJCAA guidelines, practice for men’s and women’s basketball will begin Jan. 11, 2021 and soccer practice will begin March 15. There was no mention of when baseball will start.

Rick Smith, coach of the Cochise College rodeo team, said his hope is that his team will begin practice sometime in January.

“There will be a reduction in the number of games played as we have condensed the seasons,” Hall said. “We are in the process of lining up our schedules to match the NJCAA guidelines as to when we can play. We are unsure at the moment what this means for our fans. If we were to play in the fall I could tell you fans would not be allowed at any of the games. Now that things have been moved to the spring, we will have to wait and see.”

Hall added the Maricopa County schools will make a decision by Oct. 1 as to whether or not they are going to play spring sports or not.

“This was all done out of concern for the safety and welfare of all our athletes,” Hall stated. “We’re hoping we can get these seasons in the spring without any kind of medical interruption.”

Hall added two of his biggest fears right now are: not playing any sports at Cochise College this year and having one or more of the Cochise College athletes contract the coronavirus.

“If that we’re to happen we’d never get another student on that campus,” he said. “This is something here I think we all hope will be behind us soon.”

From a coach’s perspective

Bobby Peters, head women’s soccer coach at Cochise College, sees the decision by the NJCAA to delay the season to spring as a good thing as it will now allow some of his international players a better chance to get their student visas and get on campus by the time practice starts.

“We have one girl who lives in Mexico; four hours away driving. She can’t get across the border right now,” he said. “We have a couple in Jamaica, Denmark and Brazil. The athletes who are not here will be able to attend class online this fall. We will have a soccer class and a conditioning class online that will allow them to workout and make sure they are still staying active.”

Peters says he has no problem playing in March adding he’s actually a big advocate for playing soccer year round.

“I’d actually prefer that,” he added. “The more these kids play, the better.”

Smith said this is one of the few times in his coaching career all of his athletes are inside the U.S. so he is not worried about trying to get his athletes across a border. In previous years he’s had several cowboys from Canada and other parts of the world.

“What’s happening is not ideal but it’s what we have to work with so we have to make the best of it,” he said. “I’m just trying to deal with it as it comes.”

Smith said this COVID-19 pandemic has “shattered a lot of dreams” for many of his cowboys and cowgirls. Both the men’s and women’s teams were on pace to send the entire team to the College National Finals Rodeo this past year but that didn’t happen when the season was interrupted in March.

“Some of those athletes lost the chance to compete for a national championship,” he said. “They have worked very hard to have that chance and to have it taken away from them the way it was is unfortunate.”

Smith states many of his athletes take welding classes or trade classes at Cochise which they can’t take online. Now, many of them will not report to campus until sometime in January which could delay them getting their degrees.

“More than likely the rodeos will start in March and we’ll have a condensed season,” he said. “We may have two on a weekend, one on Friday and another on Saturday instead of having a two-day event like we do at the fair. We’d like to get 10 rodeos in but we’ll have to wait and see how it goes.

“I just hope our students don’t get discouraged and say to heck with it or find somewhere else to go to school. What’s happening to us is not a nationwide thing. There are other regions having rodeos in the fall.”