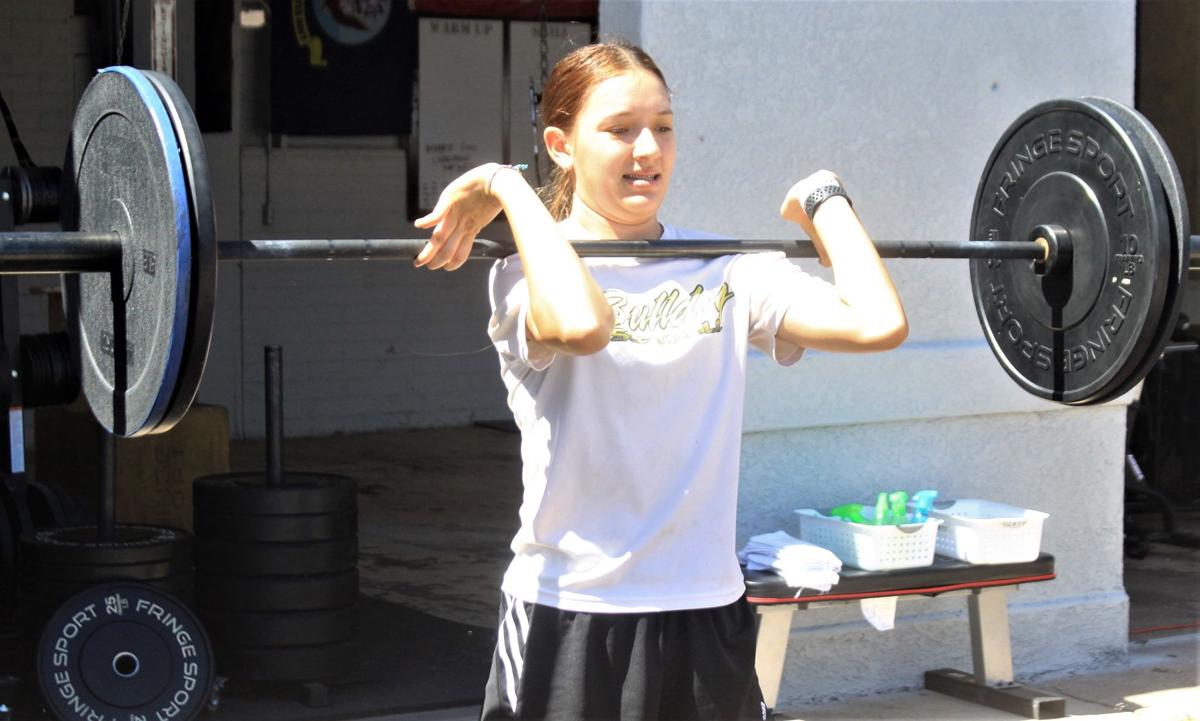 Cochise College goalie Brianna Guzman works out with some weights at a local fitness center in Douglas in preparation for the upcoming season. 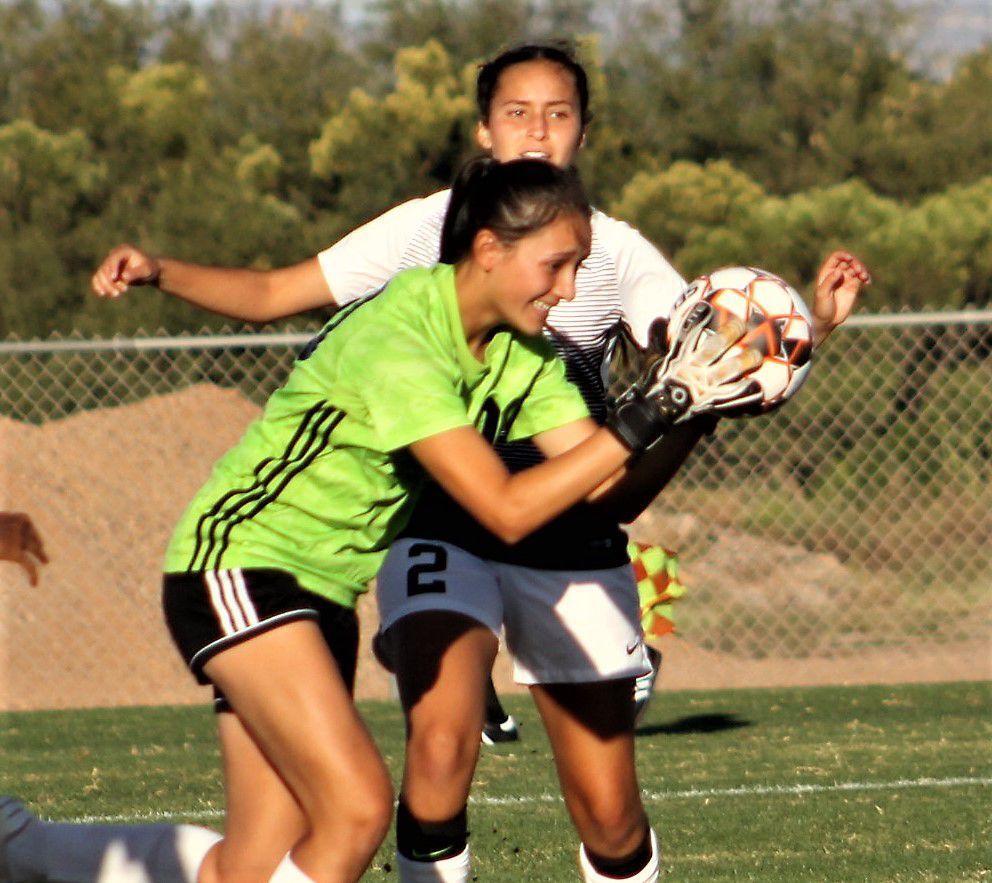 Cochise College goalie Brianna Guzman, shown above making a save in a match, was the ACCAC Goalie of the Year last year as a freshman. She returns this year for what she is hoping will be another exciting year.

Cochise College goalie Brianna Guzman works out with some weights at a local fitness center in Douglas in preparation for the upcoming season.

Cochise College goalie Brianna Guzman, shown above making a save in a match, was the ACCAC Goalie of the Year last year as a freshman. She returns this year for what she is hoping will be another exciting year.

DOUGLAS — While the uncertainty around the women’s soccer in the Arizona Community College Athletic Conference continues, Cochise College goalie Brianna Guzman is doing what she can to stay in shape for the upcoming season.

Guzman, who was the ACCAC’s Goalie of the Year last year, as a freshman, continues to actively workout so when the announcement comes that it’s time for players to report to campus for the upcoming season, she’s ready.

The returning Lady Apache stated she was disappointed when she heard the news that the colleges in Maricopa County were considering not playing soccer this season.

“That’s unfortunate, I hope they do decide to play,” she said. “Hearing that we still have Pima and Arizona Western in our conference will motivate us to work harder. I’d like to see us repeat as conference champs.”

The Douglas High School graduate said this summer has been unlike any other she’s experienced dealing with the COVID-19 issues which have been compounded by the Maricopa County schools announcement.

“It’s been difficult,” she said. “Coach (Bobby Peters) has been doing a good job keeping us updated. We’re still trying to figure out when we’re going to start practicing and what kind of restrictions we’re going to have.”

The team was initially scheduled to report Aug. 1 but the date has been pushed back to Aug. 17. The return date is in limbo and could be pushed back again depending on what happens with the coronavirus numbers.

To help keep herself in shape, Guzman has been training four to five days a week at The Box Strength & Fitness in Douglas in addition to running and doing some drills with the soccer ball at a local park.

“It’s been hard,” she said. “Because of social distancing training has been different. I’m doing what I can to stay in shape and be ready for when practice starts.”

Guzman said her freshman year at Cochise was a blast and she was pleasantly surprised how well the team did considering many of the players, not to mention the coach, had never played together before.

“I really enjoyed my first year playing soccer at Cochise,” she said. “I met so many new people. My teammates really helped me. I learned a lot from them.”

She admitted she was a little surprised by the change in the level of play from high school to college but feels she adapted quickly.

Three of Guzman’s former teammates at DHS, Damariz Miranda, Yunise Murquia and Deyanira Victor, all signed scholarships during the offseason to play at Cochise this fall. Guzman states she is looking forward to when the team is all together, practicing and she can once again, be united with her new and returning teammates.

“I know a lot of us are anxious to get started,” she said. “I think we all are.”

Peters said his roster is pretty much set for the upcoming season but adds he has a few slots available just in case some of the Maricopa County school players become available and he can possibly add one or two of them to his roster to round out his team.

“I’d hate to see some of those players lose out,” he said. “We’re all pretty much waiting to see what decisions are going to be made in regards to the season. We’re trying to be proactive and stay ahead of everything. We’re currently looking for other opponents to play. We’re talking to some other teams we haven’t played before. It could be pretty exciting. I see us playing 12-14 games this season. Last year we played 16 games.”

The coach feels he has recruited some good talent and is anxious to see how everyone jells when they get on the field.

“We have some international athletes we’re waiting on,” the coach said. “I have one of my players in Denmark, another in Mexico, Brazil and one another in Jamaica. I have some good local talent as well so I’m not too worried. It would be really nice to have everyone here. Between our schedule and the talent we’re bringing in we should have a pretty exciting season.”