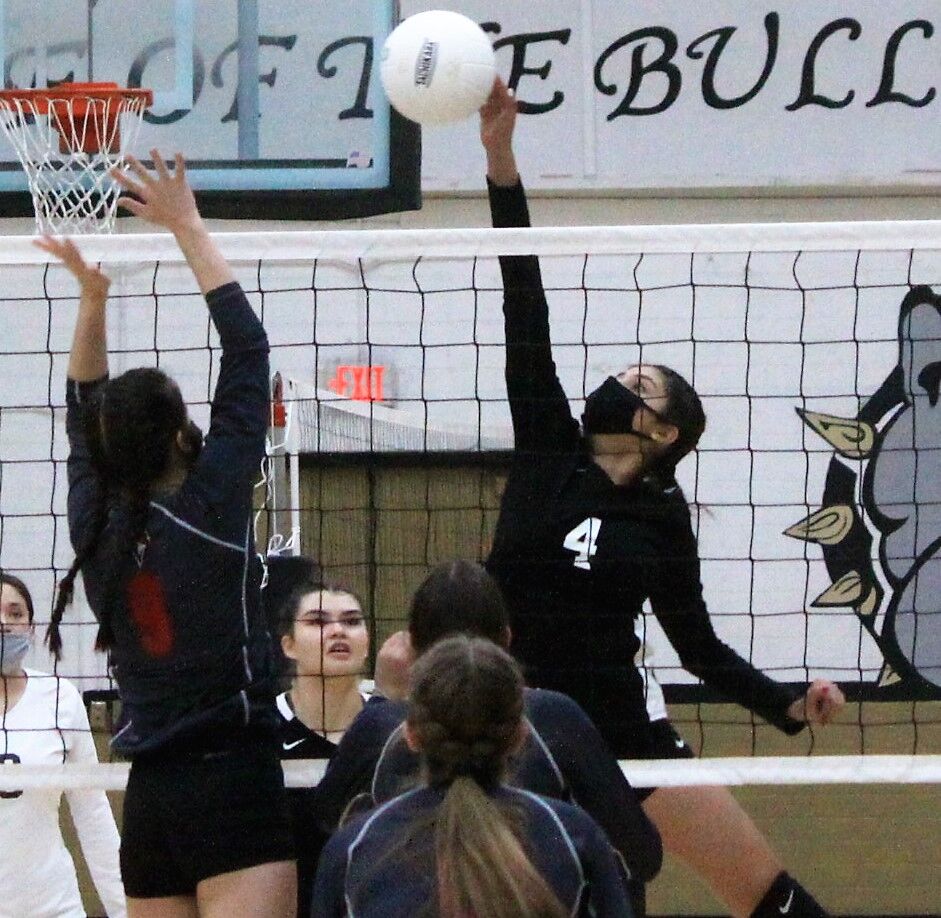 Maya Munguia goes up for the kill in the Bulldogs season finale with Walden Grove Nov. 4. 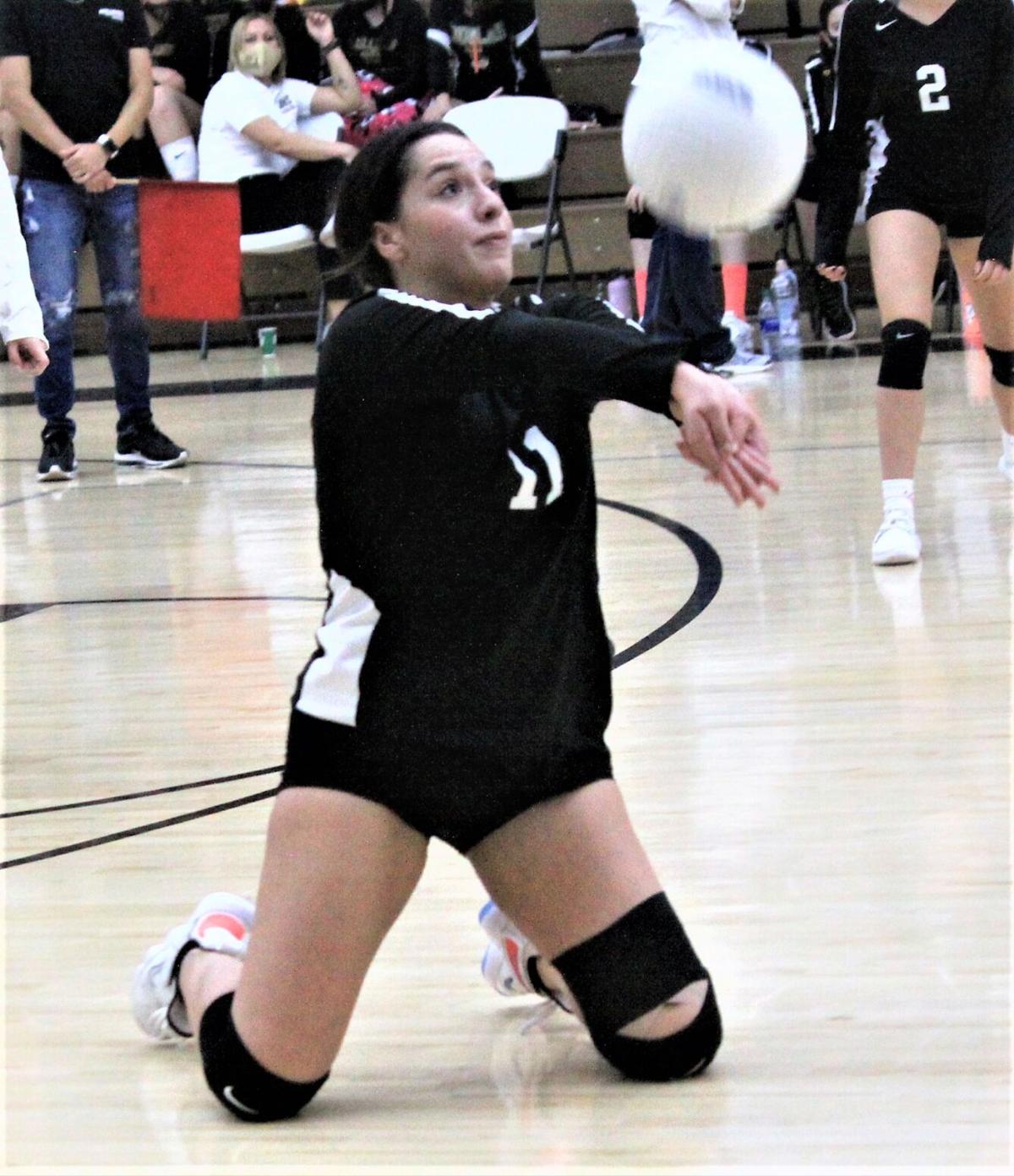 Douglas' Andrea Maytorena goes to her knees for the dig in the Bulldogs season finale with Walden Grove Nov. 4.

Maya Munguia goes up for the kill in the Bulldogs season finale with Walden Grove Nov. 4.

Douglas' Andrea Maytorena goes to her knees for the dig in the Bulldogs season finale with Walden Grove Nov. 4.

DOUGLAS — Douglas High School’s volleyball team wrapped up its abbreviated season Nov. 4 with a 3-2 loss to Walden Grove, the second place team in the region.

The match with Walden Grove was Douglas’ third in a three day stretch. In the two previous matches earlier that week the Bulldogs were beaten by Sahuarita and Empire 3-0.

Looking back on her first year as head coach at DHS, Ellis admits it was a pretty wild season for everyone.

“I think many coaches felt like first year coaches this year,” she said. “Without a preseason, it was definitely a quick jump to a short four week season. It was great to see some familiar coaches and refs and to know I wasn’t alone in feeling like this season was crazy.

“We formed our teams before we were able to even see the girls play in any game style drills. Being a brand new coach to the program — this was a bit of a disadvantage. Luckily our program was not severely impacted by illnesses but we did have smaller numbers due to lack of students on campus.”

“It was great to finally see the girls pull it all together and play like a team,” Ellis said. “They really played up their potential in that last match. It felt good to end the season with that great positive energy filling up the gym.”

The coach added her two assistant coaches Dave Docto and Maria Trinta did an amazing job with the freshman and junior varsity squads.

“Our JV and freshman squads rocked it this season,” Ellis said. “JV really focused on the fundamentals and building a team that could volley at a high level. There are quite a few ladies on that squad who will be big impact players for us next year. Additionally, the freshman team went 12- 1 this year. That is an amazing record when you consider the strong programs they were up against. Their future is bright and I look forward to the offseason and future years with them.”

Ellis believes she was able to create some solid relationships with her players that will help both her and the team as they get ready for next year.

“Building relationships with players and being able to positively impact them is the whole reason I am a coach,” she said. “Again, our season was short but we spent a lot of hours together in four weeks of competition and relationships were definitely built on a one on one level.”

With the offseason now here the coach said she is looking forward to having a full year, instead of just a few weeks, to prepare.

“I would like to start off season as early as January,” she said. “I need to refresh my memory on offseason bylaws and get any activities cleared through our athletic director and superintendent before anything is set in stone. I look forward to continuing to develop a powerhouse program and help to revive volleyball in far southern Arizona.”