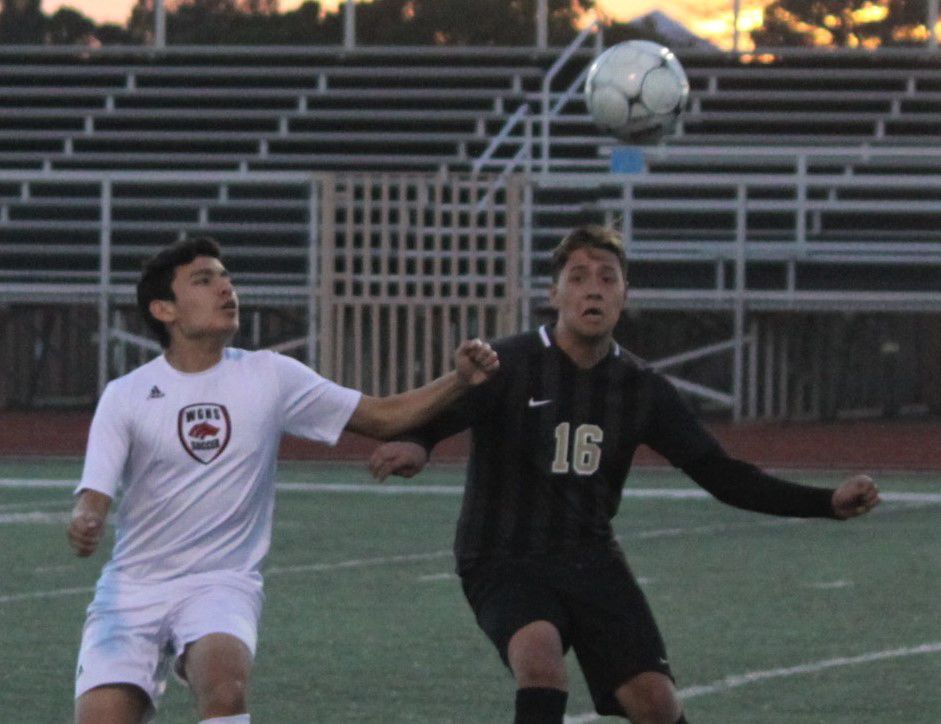 Douglas' Jorge Abril battles a Walden Grove player for the ball Wednesday in the first half of the Bulldogs 4A state quarterfinal match. 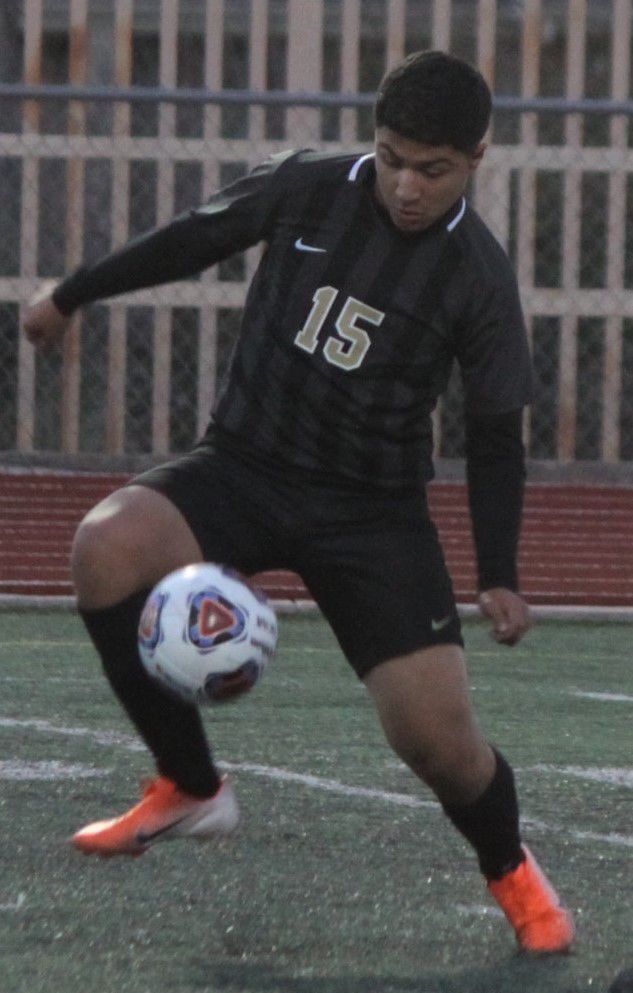 Douglas' Jorge Abril battles a Walden Grove player for the ball Wednesday in the first half of the Bulldogs 4A state quarterfinal match.

The Douglas Bulldogs are headed back to the state semifinals for the first time in 10 years, after knocking off the Walden Grove Red Wolves 3-1 Wednesday night in a 4A state quarterfinal match played at Armando de Lucas Stadium.

Next up for the top seeded Bulldogs is an 11 a.m. semifinal match scheduled with Arcadia this Saturday at Marana Mountain View High School. The winner plays Tuesday, Feb. 25, for the state championship against the winner of the other semifinal game between third seeded Washington and seventh seeded Lake Havasu.

The last time the Bulldogs were in the state semifinals was 2009, the year they beat the Cortez for the state championship. The last three years, the quarterfinals have been the round where Douglas has had its season end.

The Bulldogs fell behind early Wednesday as Jordan Lopez’s goal gave the Red Wolves a 1-0 lead, 13 minutes into the match.

“It feels good to finally get over the hump,” Douglas’ coach Alfonso Romero said after the match. “At the beginning it didn’t look good for us but these kids don’t quit, they want to make us suffer. They have a lot of heart. They love this sport and tonight we pulled it out. I’m so proud of them.”

A crowd estimated to be over 200 turned out for the match Wednesday. Coach Romero said that crowd helped motivate his players.

“We really appreciate them coming out and supporting these kids,” he said.

At halftime, Coach Romero challenged his players to step it up the second half and they did as Sosa and Arciniega were able to score.

“Sosa and Adrian are a big part of our offense,” the coach said. “They both were focused and constant tonight.”

Coach Romero admitted as time was winding down in the state quarterfinal match, he made a point to look to the sky and thank his longtime friend, the late Ken Cormier for watching over this team.

“We miss him dearly but whatsoever you do, do it with all your heart,” the coach said of Coach Cormier.

The coach said these kids understand there are still two more matches to play and they need to be ready Saturday for an Arcadia team that’s going to come out and look to knock off the No.1 team in the state.