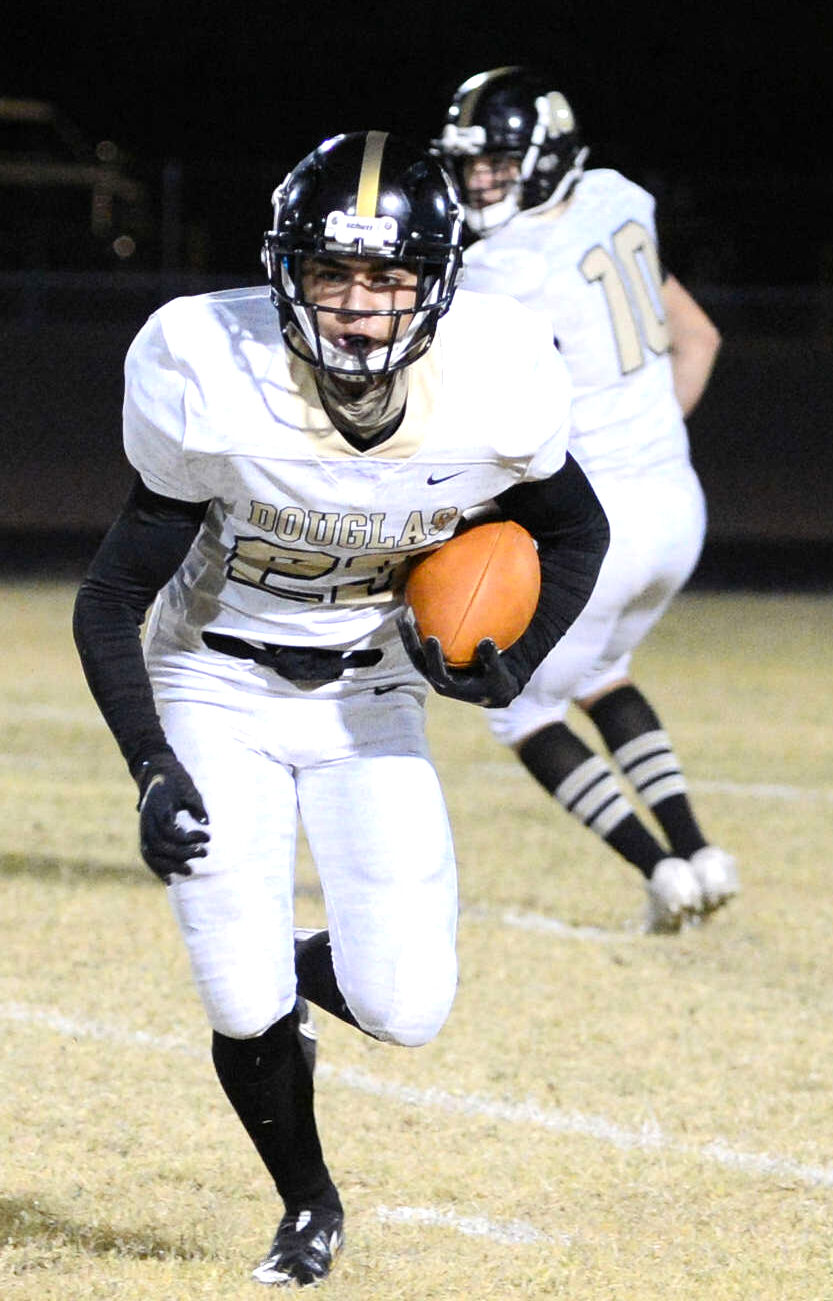 Vicente Cardona looks for a hole to turn up field in Friday's loss to Walden Grove. 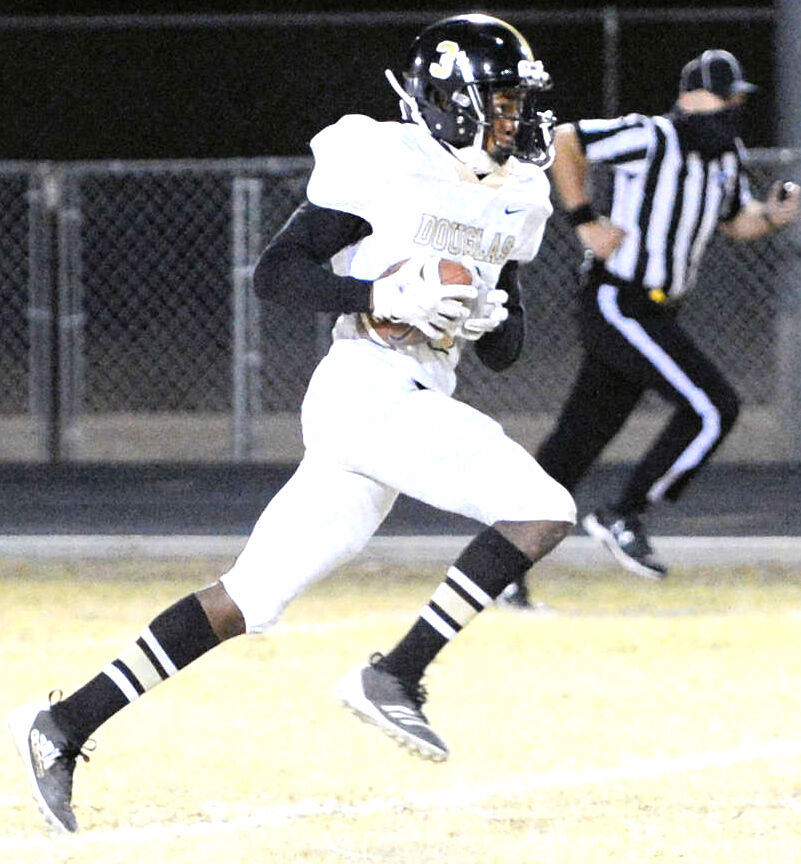 Elijah Adams makes his way up field on a return Friday night at Walden Grove.

Vicente Cardona looks for a hole to turn up field in Friday's loss to Walden Grove.

Elijah Adams makes his way up field on a return Friday night at Walden Grove.

SAHUARITA — The Douglas Bulldogs displayed some early season jitters that forced them to fall behind early in what resulted in a 63-3 loss to the Walden Grove Red Wolves Friday.

Douglas’ lone points of the game came on the final play when Kiki Escalante booted a 36-yard field goal through the uprights.

The Bulldogs began the game on offense and struggled to move the ball the first three downs of the opening series. Facing a fourth and eight, the snap sailed over the punters head and was recovered by Walden Grove at the Bulldogs 2-yard line.

One play later the Red Wolves were in the endzone and had a 7-0 lead following the successful extra point. Walden Grove would score three more times in the quarter taking a 28-0 lead.

The first play of the second quarter Bulldog quarterback Giancarlo Margallan had a pass intercepted. Three plays later the Red Wolves were in the end zone extending their lead to 35-0.

Two more Walden Grove scores in the second quarter put the game in a running clock mode and gave the host team a 49-0 lead at the intermission.

Walden Grove scored once more in each of the third and fourth quarters taking a 63-0 lead late in the contest.

The Bulldogs managed to move the ball in the fourth setting themselves up for a score as time wound down avoiding the shutout.

“It was definitely a tough loss,” Douglas’ head coach Hunter Long said afterwards. “Our guys came out fired up and ready to go but unfortunately Walden Grove just outmatched us. They were much bigger, faster and stronger than us all over the field. Not all was bad though, even being down big, our guys continued to play hard all the way to the very end and showed no quit so that’s something we can build off of. We’ll evaluate what we need to correct and work on getting ready for Amphi.”

The Bulldogs will face the Panthers this Friday at 7 p.m. in their home opener. Amphi thumped Rio Rico 44-0 Friday in its season opener.

The DHS seniors and their parents will be honored at Friday’s game.