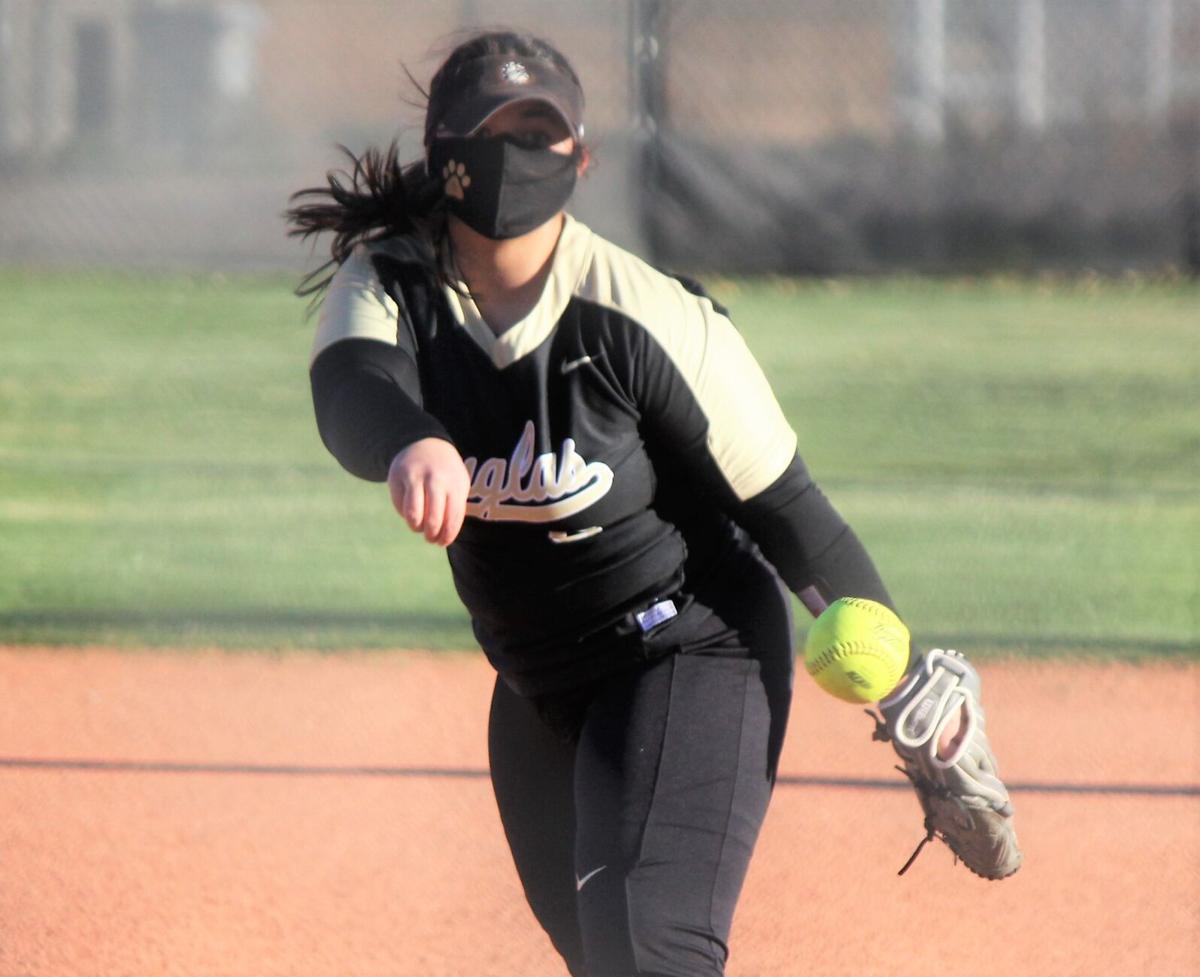 Alicia Lamadrid started in the pitchers circle for Douglas in Friday's season opener with Cholla, giving up nine hits while walking 13 and striking out seven. 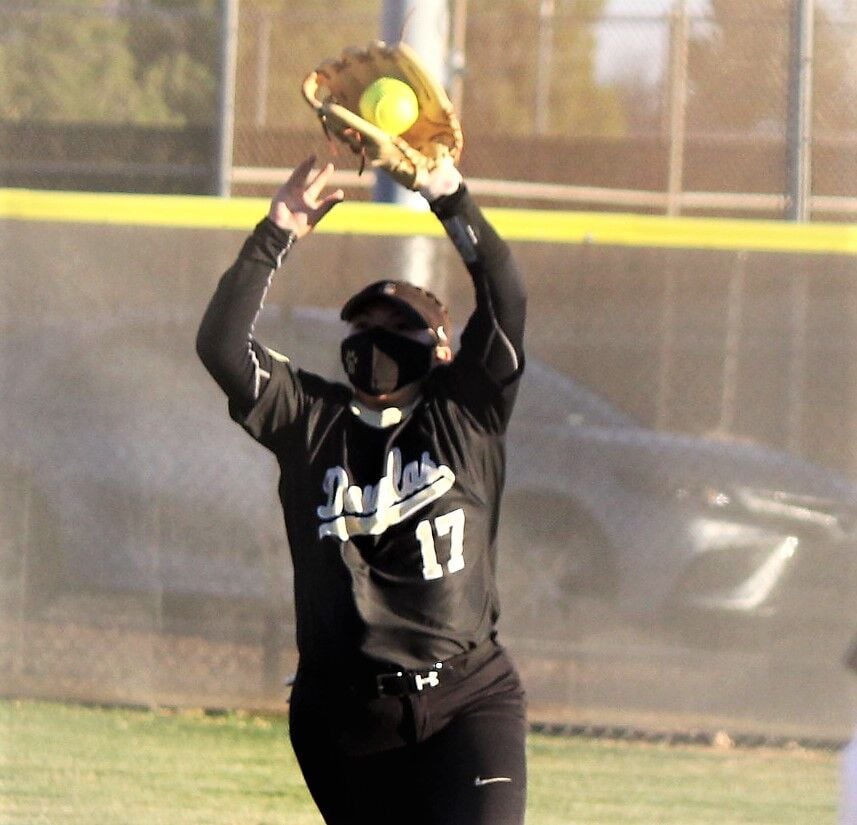 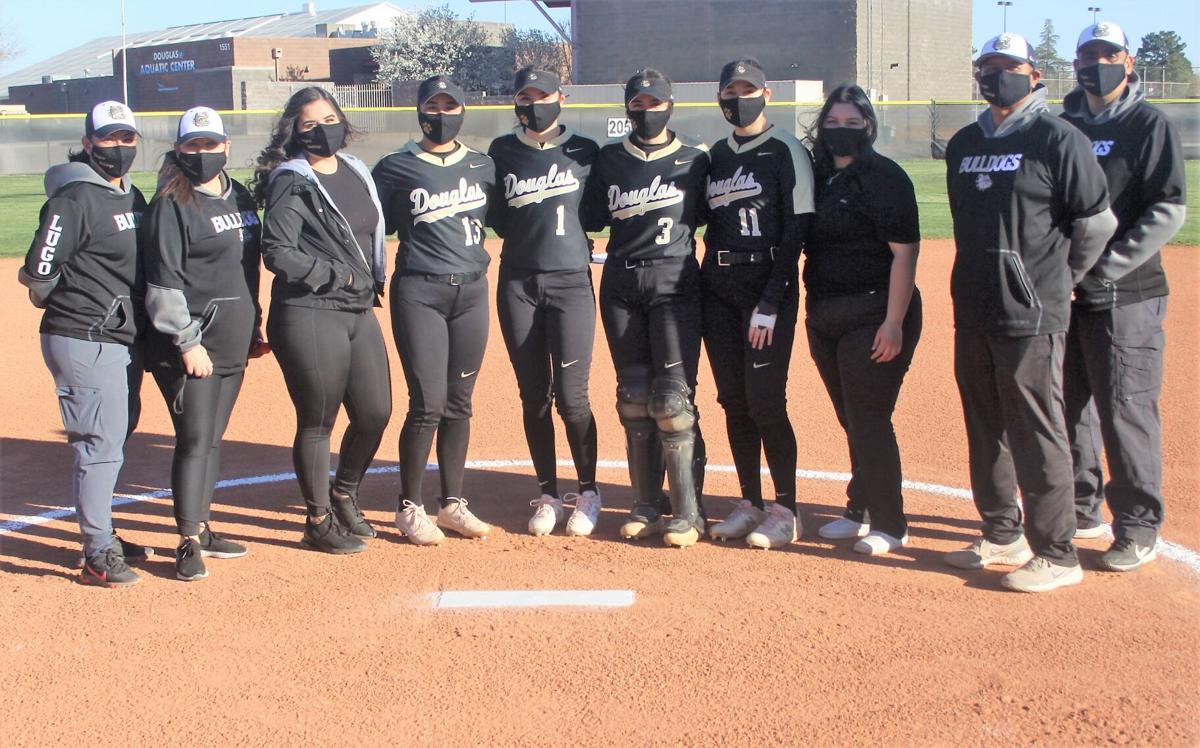 Alicia Lamadrid started in the pitchers circle for Douglas in Friday's season opener with Cholla, giving up nine hits while walking 13 and striking out seven.

DOUGLAS — Softball season at Douglas High School got off to a rough start Friday as the Bulldogs were thumped 17-4 in six innings by the Cholla Chargers.

Prior to the start of the game the four seniors on the team along with its two managers were recognized along with their families. The Douglas coaches also made it a point to recognize the four Cholla seniors who were in town for the game.

Cholla scored a run in the first inning and another in the third to take a 2-0 lead. A pair of runs in the fourth made the score 4-0.

Douglas came back and made the score 4-2 and was trailing 5-4 going into the top of the sixth when miscues and errors allowed Cholla to erupt for 12 runs, taking a 17-4 lead.

Junior Alicia Lamadrid started in the pitchers circle for Douglas and was tagged with the loss. She allowed nine hits, walked 13 and struck out seven.

“We handed this game to Cholla, we had too many errors,” Douglas’ coach Lorena Tapia said. “We didn’t show up to play until the fourth inning. Cholla capitalized on our walks and errors. This game is behind us and very hopeful that the girls will learn from it and compete better in our next game.”

The coach did admit that even with the loss it felt good being back on the field and having a game at home for the first time in almost two years. The last time Douglas played a home softball game was April 30, 2019.

“It felt really good to be out there, a little different with all the new protocols,” the coach said. “Never thought we would play ball under these circumstances but we made the best of it. Wish it would have gone in our favor but all in all it’s great to be back playing.”

Next up for Douglas, 0-1, is a trip to Nogales on Thursday for a game with the Apaches.