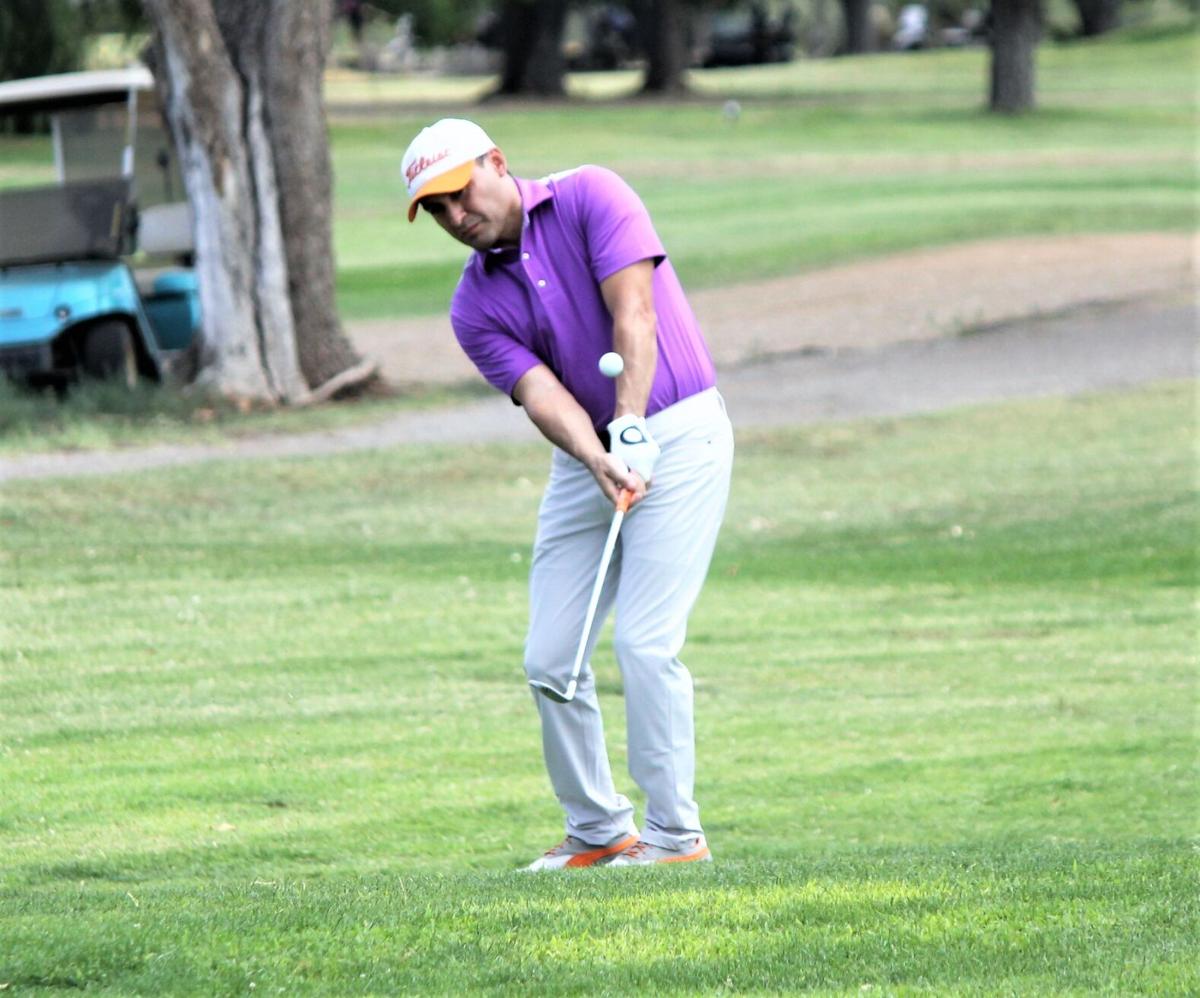 Jay Zamora Sr. chips a shot onto one of the holes Monday at the 85th Annual Labor Day Golf Tournament that was played in Douglas. 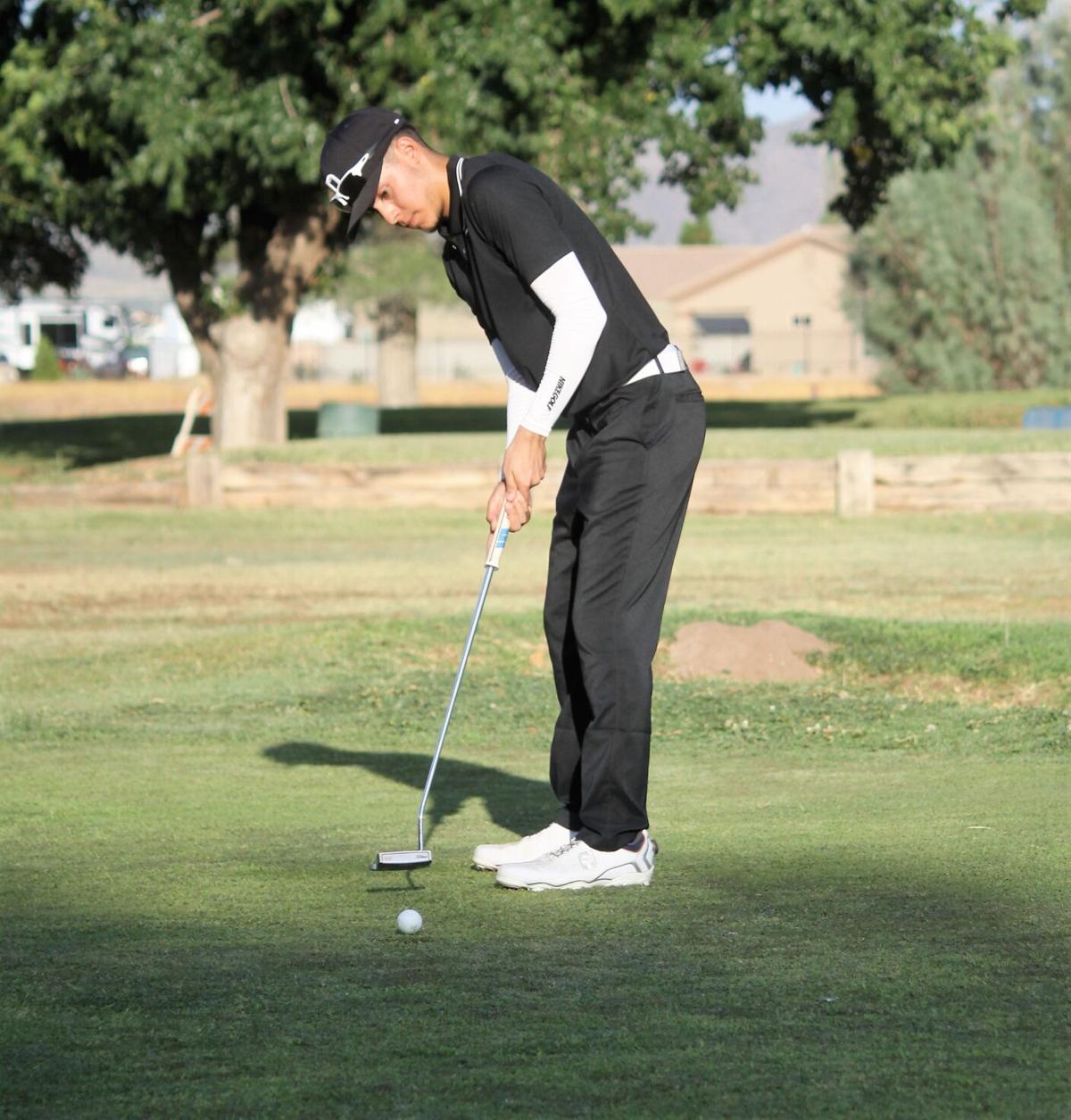 It was this putt for birdie on the final hole by Jay Zamora Jr. that sealed the B Flight win for the father and son tandem Monday. 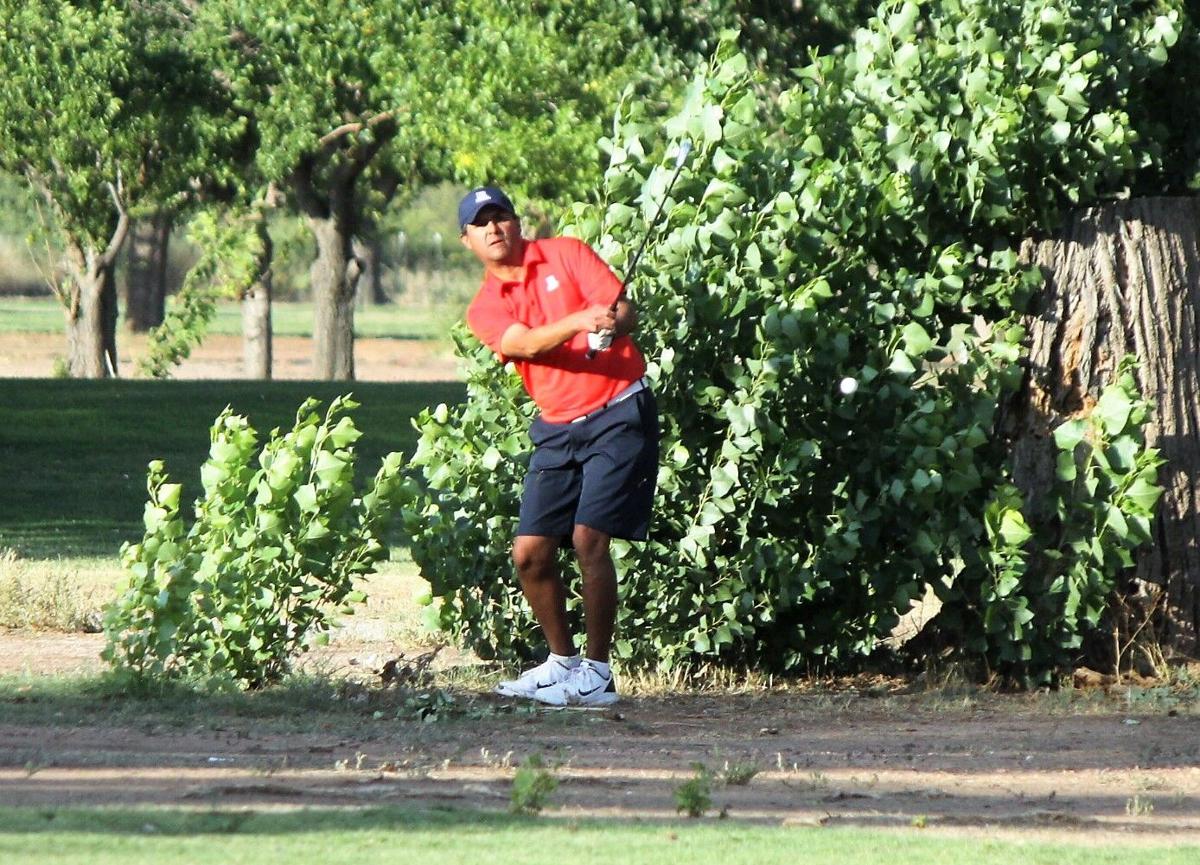 Ruben Robles works a shot onto the greens towards the 18th hole Monday. 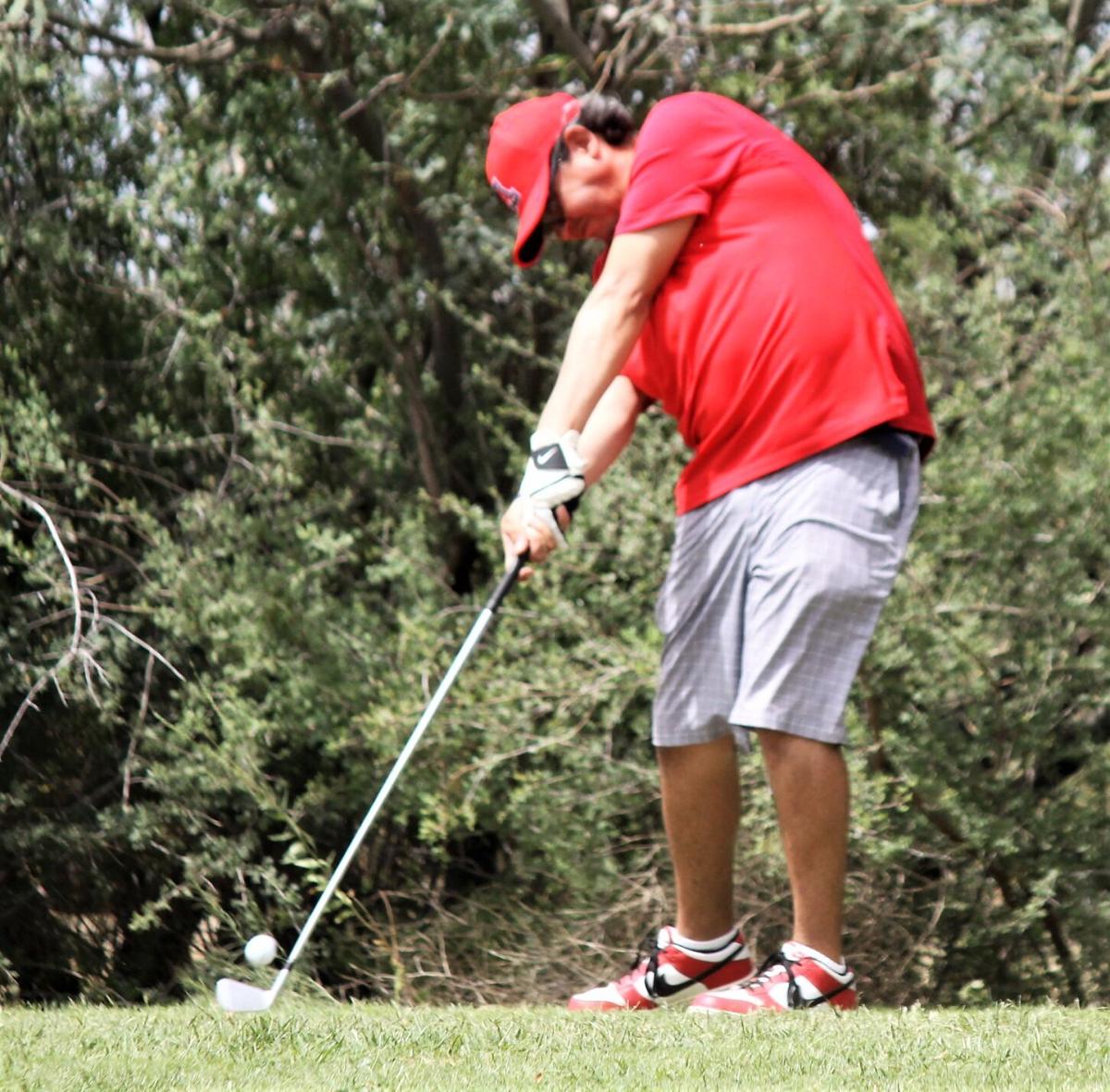 Armando Robles lets loose as he tees off towards the second hole Monday at the 85th Annual Labor Day Golf Tournament that was played in Douglas.

Jay Zamora Sr. chips a shot onto one of the holes Monday at the 85th Annual Labor Day Golf Tournament that was played in Douglas.

It was this putt for birdie on the final hole by Jay Zamora Jr. that sealed the B Flight win for the father and son tandem Monday.

Ruben Robles works a shot onto the greens towards the 18th hole Monday.

Armando Robles lets loose as he tees off towards the second hole Monday at the 85th Annual Labor Day Golf Tournament that was played in Douglas.

DOUGLAS — Luis Canez and Antonio Carbajal rallied from seven strokes back on the last day of play to win the A Flight at the 85th Annual Labor Day Golf Tournament at the Douglas Golf Course on Leslie Canyon Road.

With the win, Canez and Carbajal walked away with $3,300 in prize money. The tournament began Saturday and concluded Monday evening. Going into Monday’s final round the duo was in fifth place behind A Flight leaders Ruben and Armando Robles. Canez shot a 71 on the last 18 holes that were played and Carbajal shot a 64 which was enough to propel them to the top of the leaderboard.

Second place in the A Flight went to Daryn Kamae and Mark Haberstich who won $2,000 in prize money; third was awarded to Carlos Reyes and Nick Pellegrino. They split $1,300. The Robles brothers dropped out of the money finishing in fifth place.

“It was all my partner, he shot great today,” Canez said after the tournament win.

“I felt good out there, played halfway decent, shot even par,” Carbajal added. “It helped us out in the long run. I was surprised we were able to come back after being down seven strokes.

Completing the comeback wasn’t a shock to Canez.

“This is the second time I’ve had to come back like this to win,” he said “It was all Tony today.”

In the B Flight, the father -son tandem Jay Sr. and Jay Jr. Zamora were the winners coming away with $3,050 in prize money. Second place went to Brian Brinkley and Victor Giacolletti who won $1,850. Third place was awarded to Paco Esquer and Jake Salmon who received $1,200 in prize money.

For the Zamora’s this was the first time they had played together in the Labor Day event. Jay Jr.s’ birdie on the last hole sealed the win for the father and son tandem.

“I was so proud of him,” Jay Sr. said after the win. “That was probably one of the best rounds of golf I’ve ever played. The way he played today was impressive. He was very solid.”

The two have played together before in other club tournaments they said but something about this tournament made it more special.

“It’s probably because (Jay) will be graduating from high school in May and going onto college,” Jay Sr. said. “Who knows when we will get to play together again?”

Jay Jr. said on his tee-shot he used a five wood and had to battle the wind which impacted the ball and placed it in some dirt.

“I was about 100-yards out and used my wedge,” he said. “I hit it solid. I thought it was going to go over but it landed on the grass and stayed there. From there I made the birdie.

“This was different for me because I had never played three days in a row,” Jay Jr. added. “It was fun. I enjoyed playing with my dad.”

In the C Flight, first place went to Armando Carrillo and Scott Martinez who won $2,550 in prize money. Second place was won by Kevin Foreman and Martin Mendoza and third place went to Raul Oviedo and Pancho Romero.

In the D Flight, Luis Othon and Alex Samaniego were the top winners and walked away with $1,050 in prize money. They were followed by Eddie Hildago and Pedro Lopez. Third place was Dave Forman and Mike Pearce.

Tournament Director Nick Forsythe said there were 40 two-man teams participating this year. Each flight had 10 teams.

There was a contingent of 16-18 golfers from Safford who came down for the three-day event. Some golfers came from as far away as California, New Mexico, Phoenix and Tucson. There were, however, no golfers from Bisbee, Sierra Vista or Mexico — because of the restricted travel, across the border. Forsythe added there is usually a regular golfer from Alaska who comes down for the tournament but didn’t this year because of COVID-19 and the fact he would have to go into a 14-day isolation upon his return home.