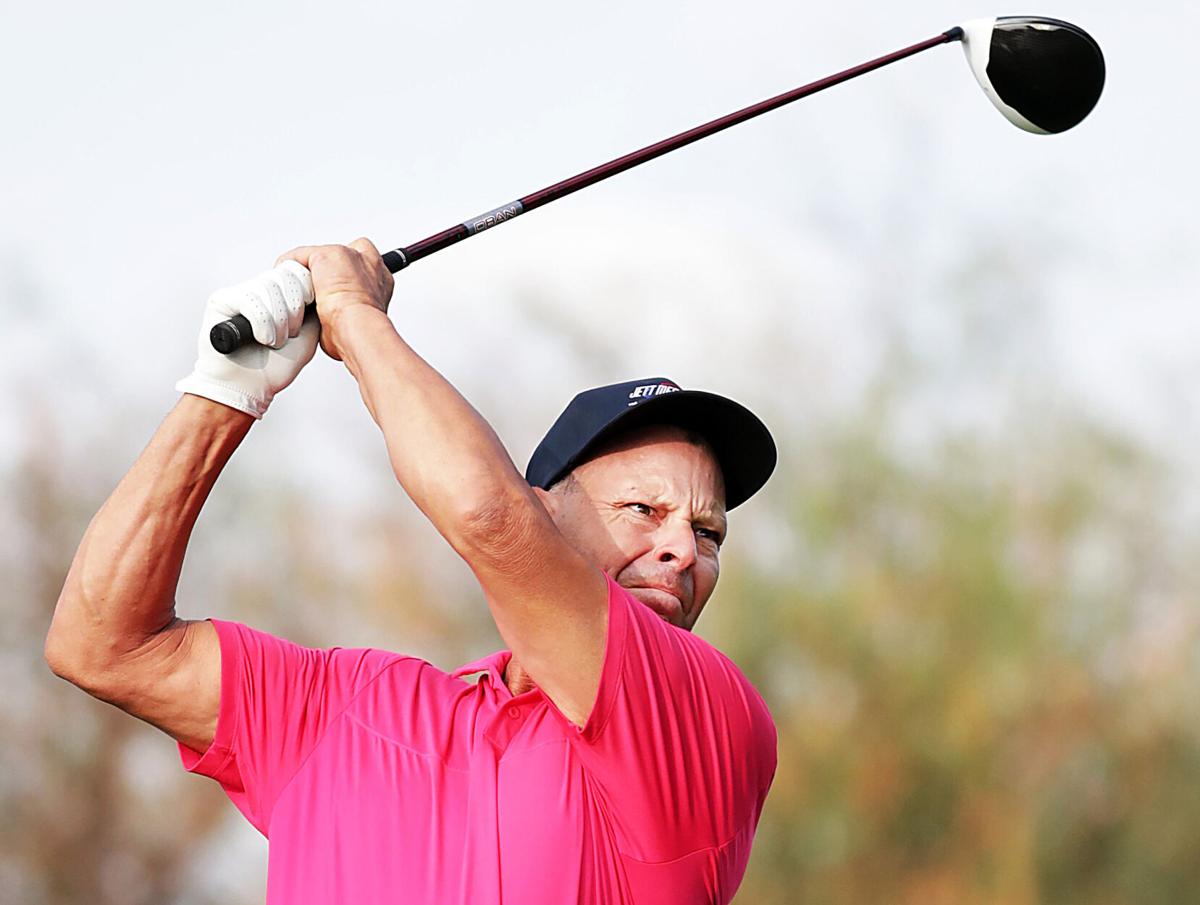 Tucson’s Mike Whitacre tees off on the first during Saturday’s installation of this year’s Sierra Vista Open at the Pueblo del Sol Golf Course. 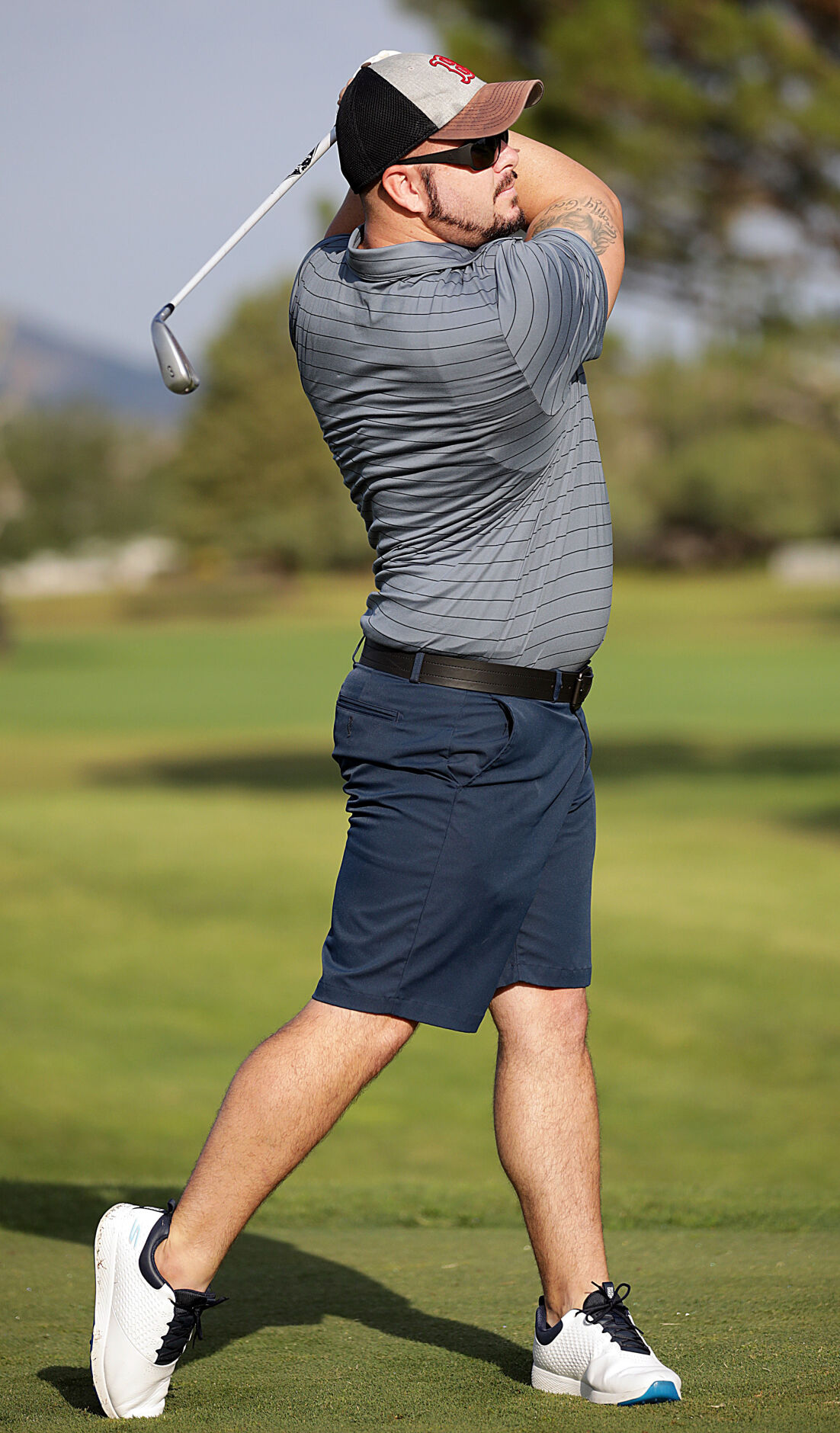 Tucson’s Mike Whitacre tees off on the first during Saturday’s installation of this year’s Sierra Vista Open at the Pueblo del Sol Golf Course.

SIERRA VISTA — Golfers from across the state and country descended to Sierra Vista’s Pueblo Del Sol Country Club for the 36th annual Sierra Vista Open, put on by The Huachucans.

This year’s event is without the fundraiser dinner, due to COVID-19, but attracted more golfers than last year. The field, which teed-off for the first round on Saturday features 98 golfers, including three time defending champion and Sierra Vista’s own Briggs Duce.

“People are tired of Covid,” said president of The Huachucans Clint Briseno. “They want to get out and play.”

The 98 golfers are split into two fields: gross and net. The gross field has 35 players, including two women, which Huachucans member Jack Isler says is uncommon, while the net field has 63 players. Tee times were spaced out an extra two minutes due to ensure social distancing throughout the course. The final round will be played on Sunday and the trophies presented in the evening.

“There were golfers who didn’t make the tournament because we couldn’t have them all,” Briseno said.

This year’s open started on Friday with a scramble featuring 25 teams of 4 golfers and a limited raffle.

Although the raffle was smaller than what it normally would be and didn’t feature the big ticket items, like a day with Sheriff Mark Dannels, Briseno said the volunteers did a good job selling tickets and estimates they raised $5,000 off the raffles.

“This is very good because we had a very limited number of people here,” Briseno said. “It’s fair to say we’ll raise more than last year because we don’t have the (same) expenses (without having the dinner).”

Although the event isn’t what it traditionally is like and plans had to change multiple times due to the pandemic, Isler and Briseno agreed Friday they were off to a good start and were in for some good golf on Saturday and Sunday.

“We’re proud we’re able to have the tournament,” Briseno said. “We couldn’t have the dinner because we couldn’t make people feel safe.”

He and Isler said they wouldn’t be able to put on the event, especially during “Covidland,” without the support of their sponsors, most of whom have supported the event for a long time.

All of the money raised goes back to the youth in Cochise County. Isler said they recently gave $9,000 to Valley Union High School for multiple uses for its athletic program.

Results from the weekend’s tournament will be in Wednesday’s countywide edition of the Herald/Review and on myheraldreview.com.