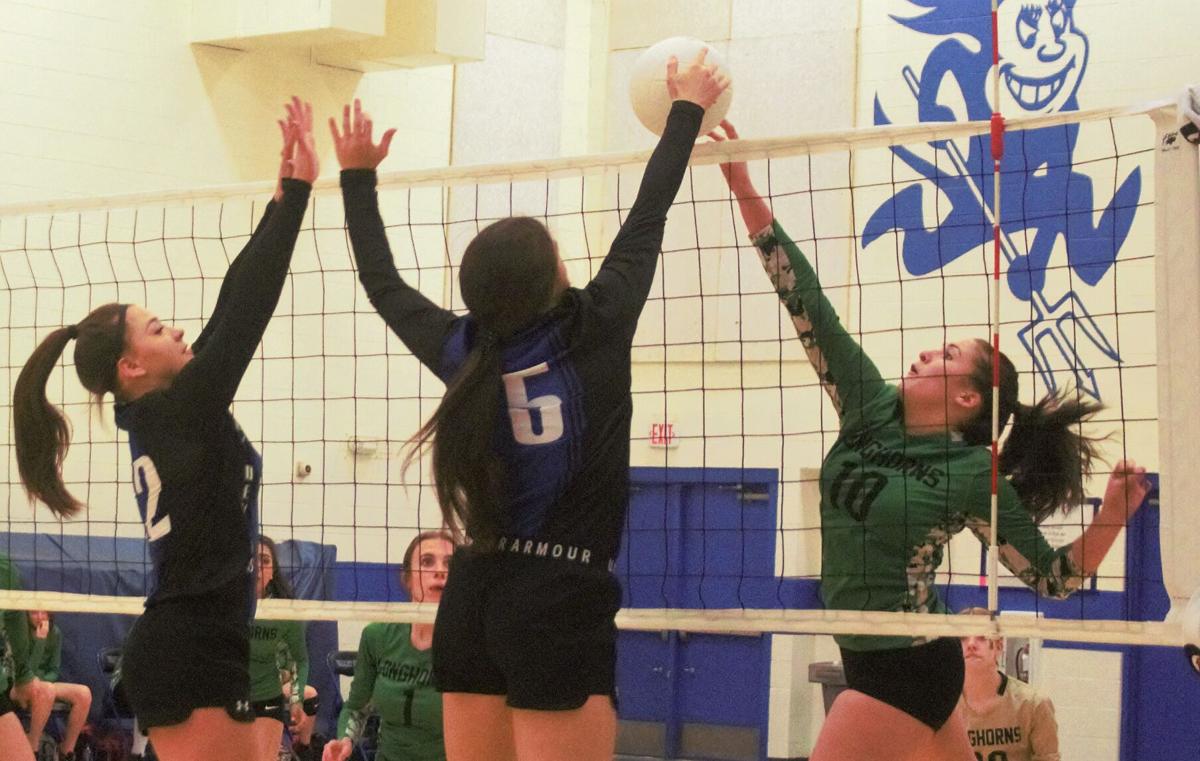 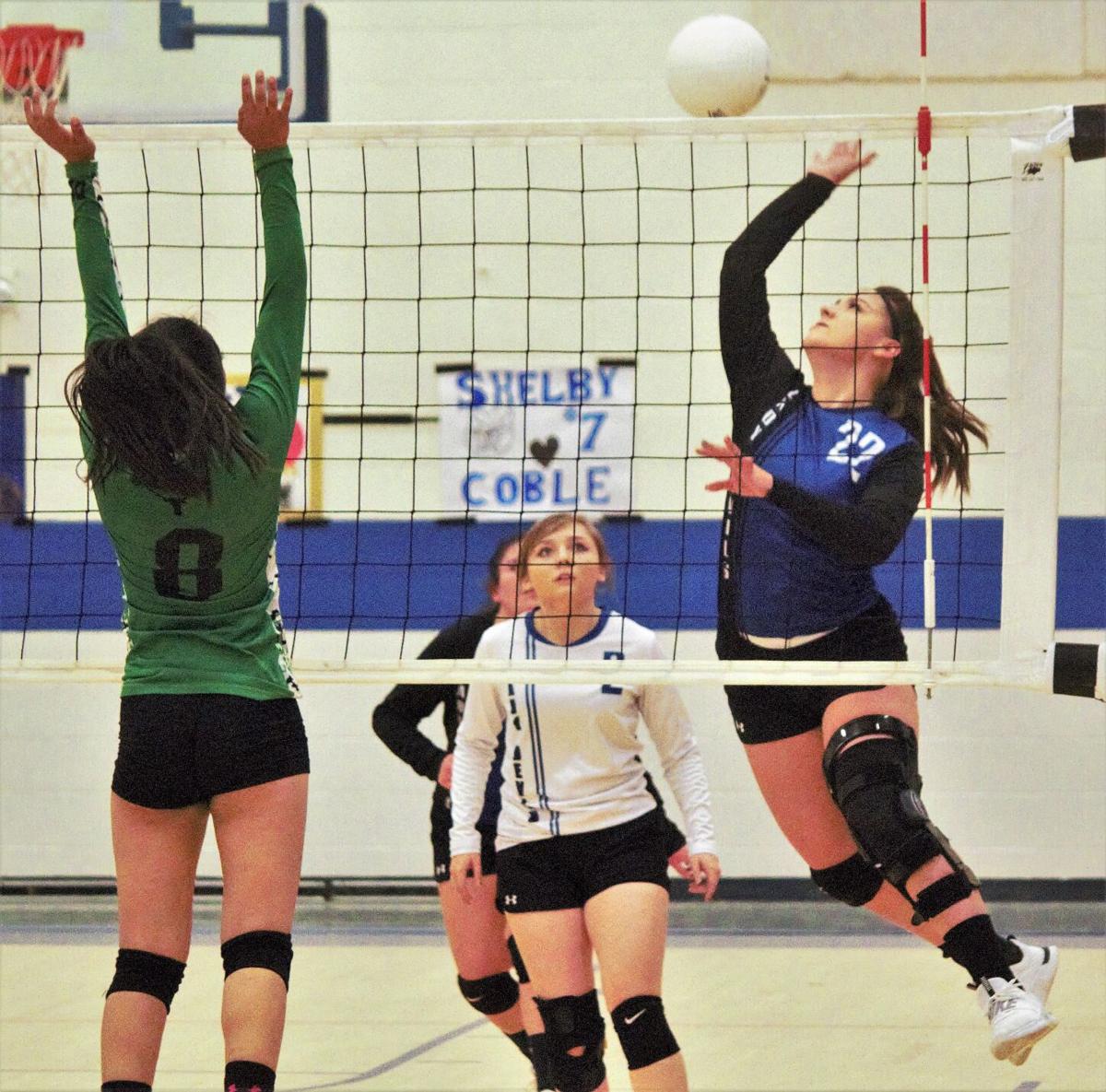 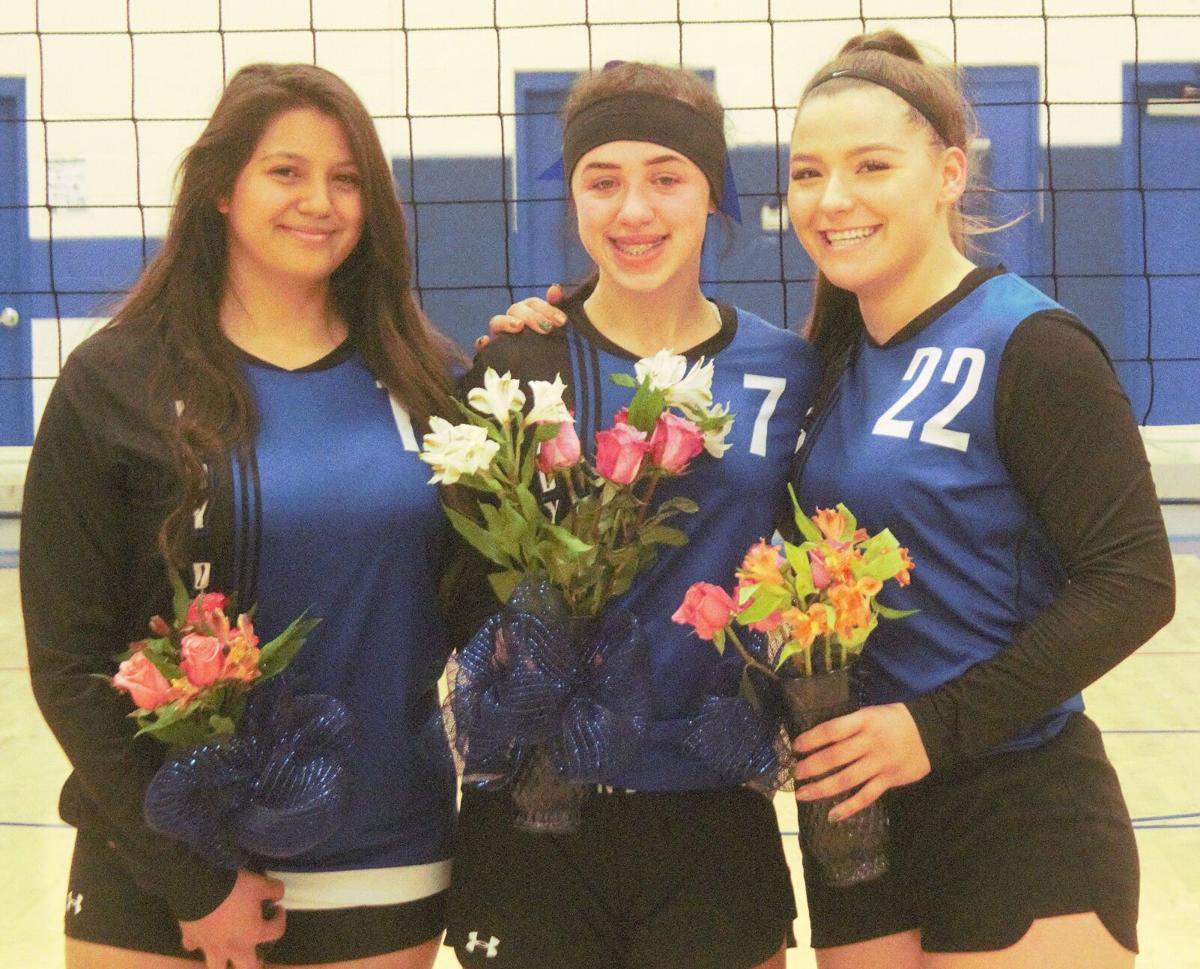 Scores from the match were 25-21, 27-25 and 25-23. Following the big win, Valley Union seniors Shelby Coble, Camley Esquer and Lizet Sonke, along with their parents, were recognized by the coaches and administrators.

Going into the match the Longhorns, now 7-1, had been tied with St. David for first place in the 1A South Region and were No. 1 in the 1A Conference. St. David is now in sole possession of first place of the region with a road match Friday at San Simon.

With just three matches left in the regular season the win also moved Valley Union one step closer towards reaching the 1A state playoffs for the second straight year.

Valley Union had lost the previous meeting in San Simon 3-1.

Coach Jenn Casady said her team played to its fullest potential Tuesday and she was really proud of their effort.

“If they continue to play to their fullest potential every night we will continue to have upsets and keep winning,” she said.

Casady added after the earlier loss to San Simon she made some adjustments in her rotation which seemed to work.

“After that first loss I changed some things that made my back row a little stronger,” she said. “I also tweaked some things in the front row which seemed to work. If we can keep that determination we will definitely be surprising people towards the end of the season.”

In game one Tuesday Valley Union jumped out to an early 8-4 lead. San Simon came back and tied the game at 15-15.

Valley Union trailed until Vasquez’s dink tied the match at 17.

Moments later Sonke knocked down a kill giving the Blue Devils an 18-17 lead.

Game three had San Simon jump out to a 9-4 lead forcing Casady to burn a timeout. Her team responded with a 6-2 run pulling within one, forcing San Simon to call a timeout.

Baleigh Casady recorded 10 of Valley Union’s 17 aces in the match. She also had 10 digs.

“These girls are strong and extremely talented,” the coach said. “They have so much potential. They are so talented. I’m just trying to show everyone just how talented they are.”

Casady added it was tough saying goodbye to three seniors that have meant so much to the program over the years.

“Camley and Lizet have played all four years they’ve been in high school,” she said. “Shelby has played two years. They have all been great assets. I will miss them all dearly.”

Valley Union, 4-4 overall, 2-2 in conference, had their matches with Immaculate Heart and Fort Thomas that were scheduled for Wednesday and Thursday cancelled. They will not be made up.

The Blue Devils are at Bisbee on Monday, St. David on Tuesday and close out the regular season Thursday at Duncan.