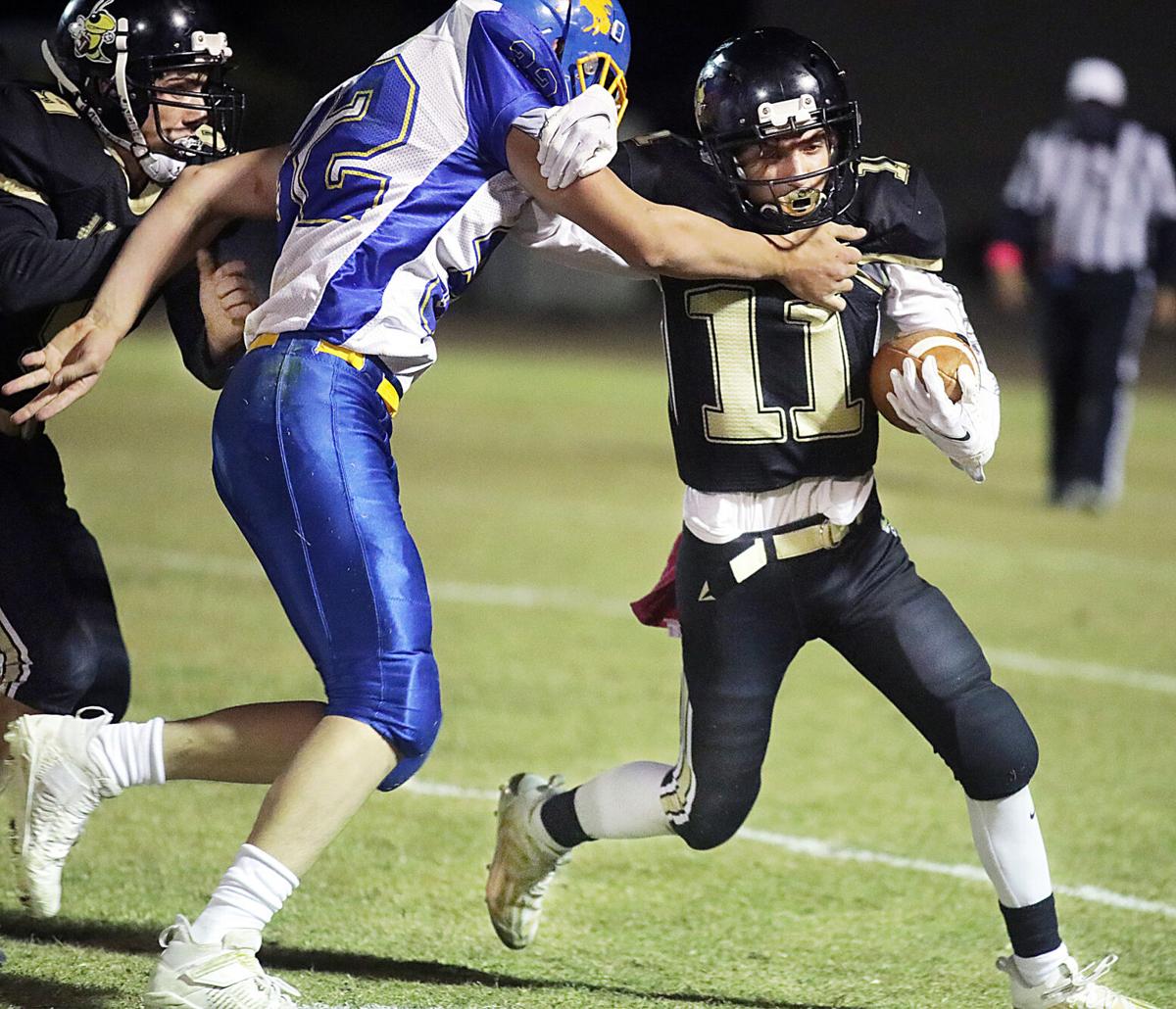 Senior kick returner Payton Foster moves the ball up the field as Pima tacklers close in Friday in Tombstone. 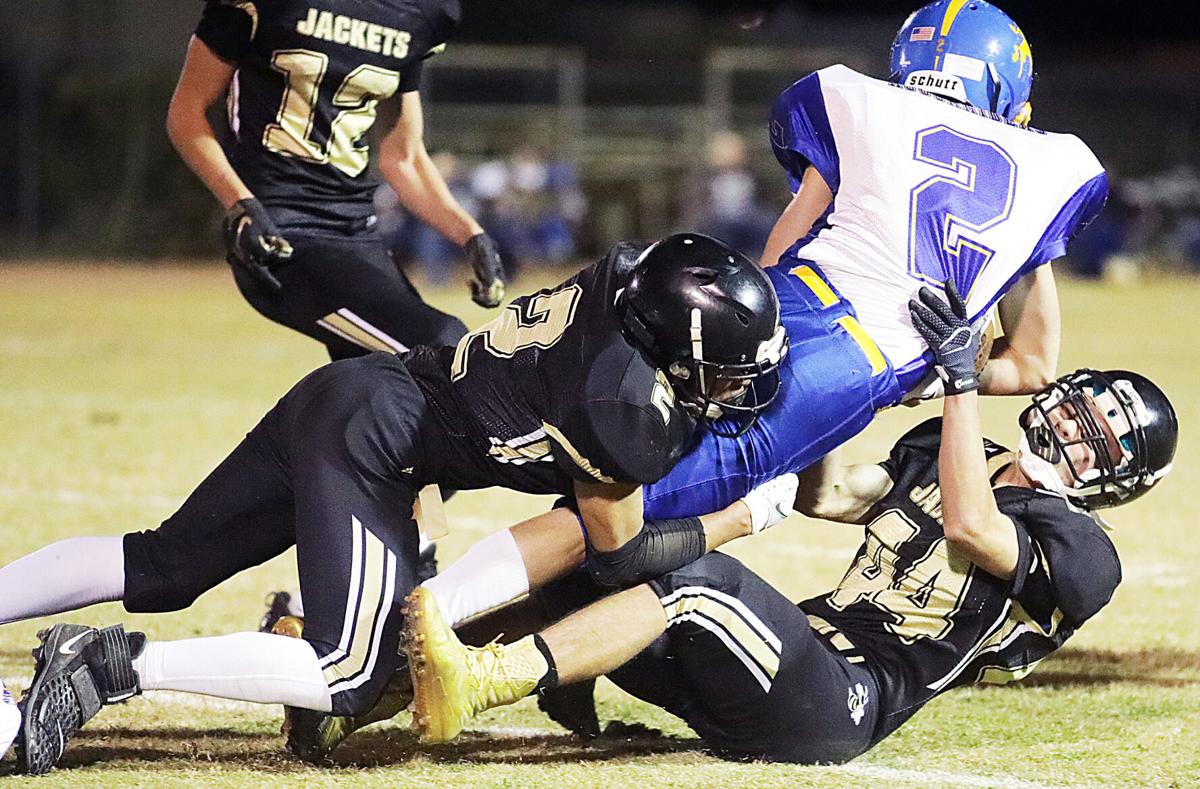 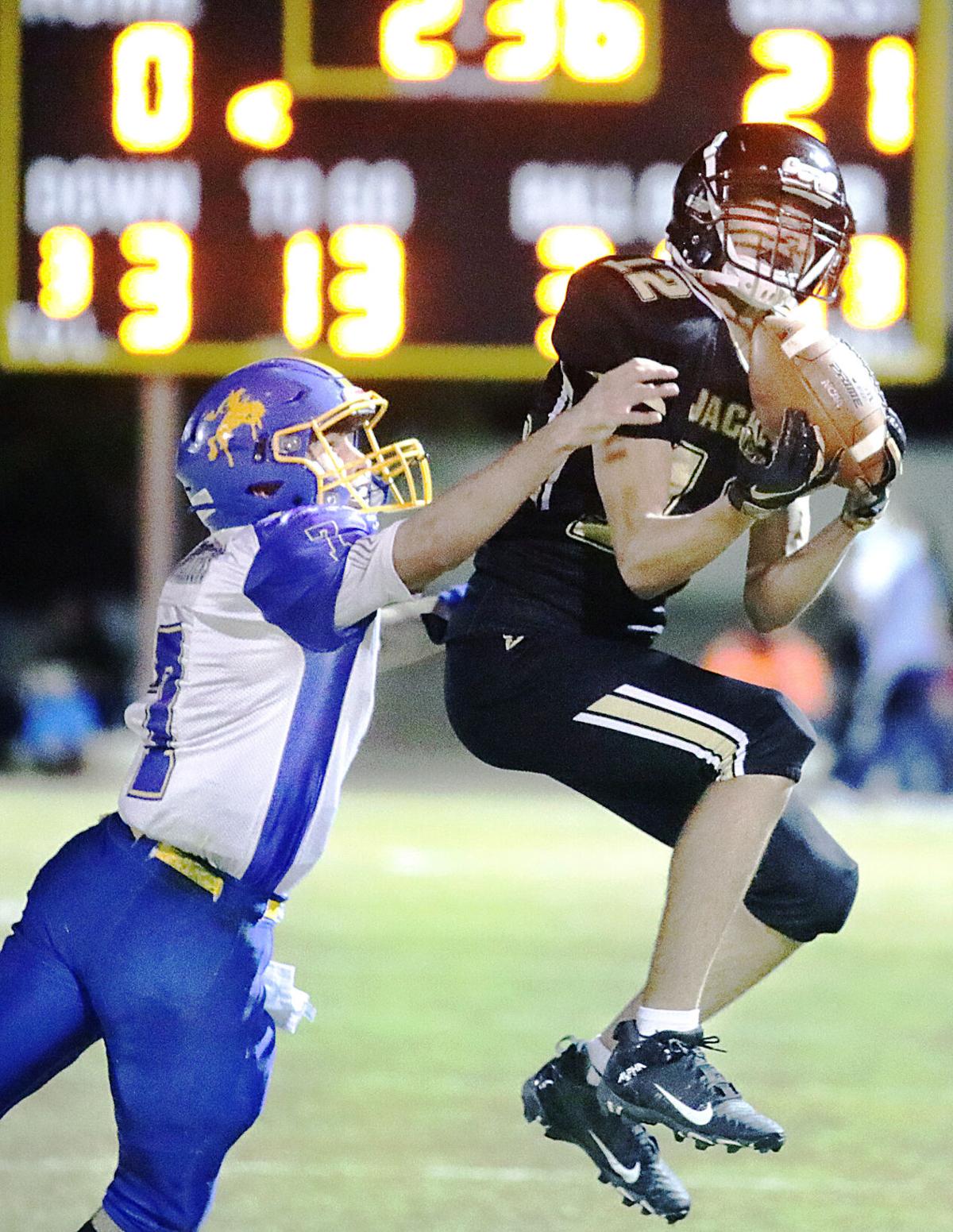 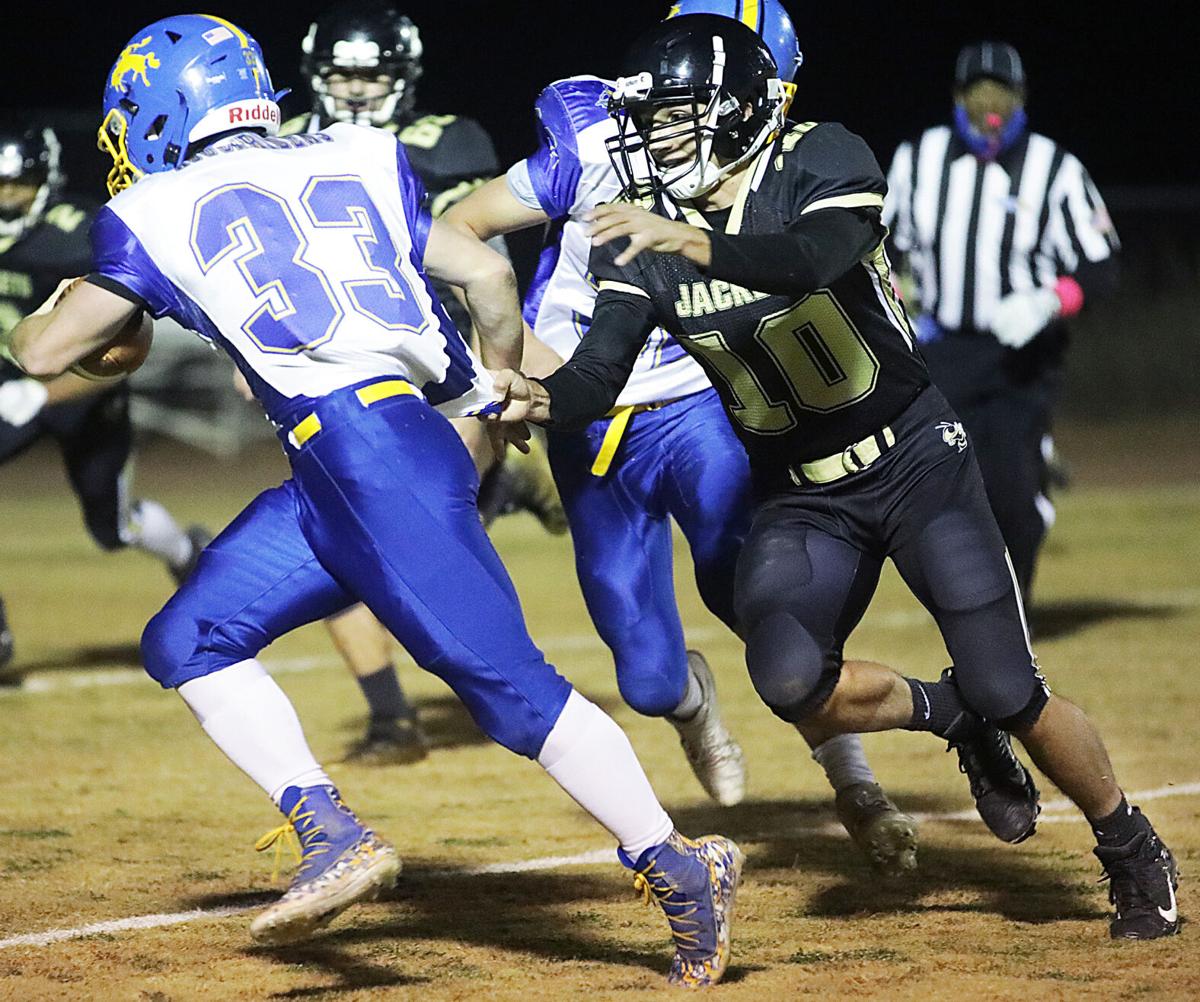 Tombstone senior defender Brandon Redenbo has a hand full of jersey while trying for the tackle during Friday’s home game versus Pima.

Senior kick returner Payton Foster moves the ball up the field as Pima tacklers close in Friday in Tombstone.

Tombstone senior defender Brandon Redenbo has a hand full of jersey while trying for the tackle during Friday’s home game versus Pima.

TOMBSTONE — Friday night’s football game between the Tombstone Yellow Jackets and Pima Roughriders began as a game between two evenly-matched adversaries. Yet, as soon as the Roughriders found a weakness in Tombstone’s defense they exposed it for the rest of the night and rolled to a 53-7 victory.

With 11:06 remaining in the first quarter, Pima scored its first touchdown of the game. An extra point made it 7-0 Roughriders. From that point onward, the Roughriders scored two more touchdowns and extra point before the Yellow Jackets offense showed a little bit of life.

With 2:31 remaining in the first quarter, Tombstone senior quarterback Brandon Redenbo completed a first-down pass to senior wide receiver Nick Campbell. Later, junior running back Jeremy Mccoy had a fumble recovery in of Pima’s next drive, leading to another first down for Tombstone with only 30 seconds remaining in the quarter.

The Yellow Jackets were unable to capitalize on an offensive effort and the Roughriders continued their dominance, going ahead 33-0 to end the first half.

Pima kept going, scoring the first touchdown of the second half with 9:09 remaining to make it 39-0.

After a touchdown by the Yellow Jackets was called back due to an offensive pass interference call, Tombstone finally got some offensive answers from Redenbo. Redenbo took it upon himself to run the ball to paydirt on a 53-yard touchdown with 4:34 remaining in the third quarter. This Yellow Jackets avoided a shutout and gave the Tombstone faithful something to cheer about.

Tombstone recovered one more fumble from Pima, but once again were unable to turn that turnover into success with another touchdown.

Pima continued to dominate until the end of regulation with another touchdown and extra point to make it 53-7 Roughriders.

This win marks Pima’s first of the season and Tombstone’s fifth loss this season against no victories.

Next up, the Yellow Jackets will host the 4-0 Benson Bobcats in one of their biggest tests this season.