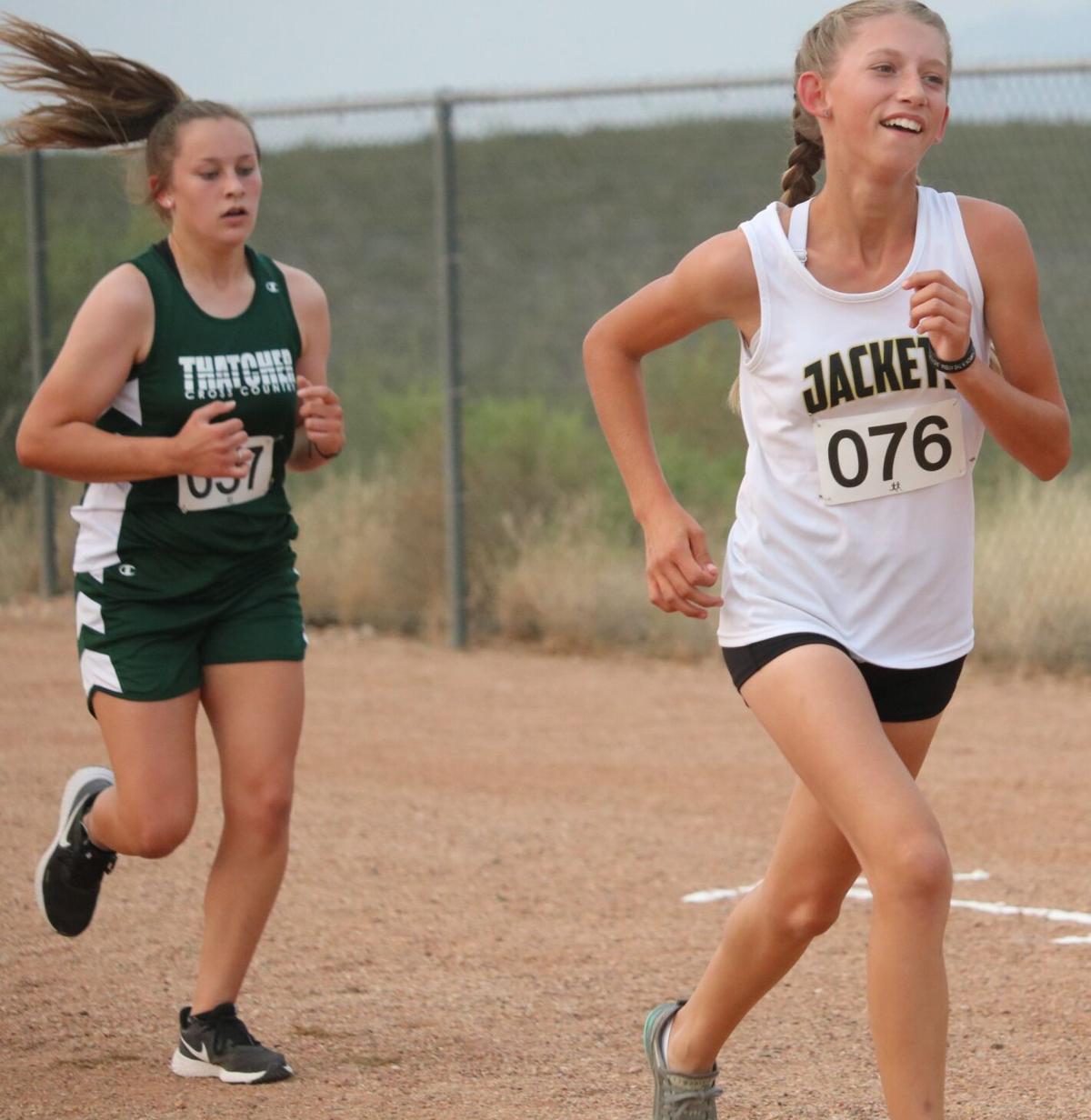 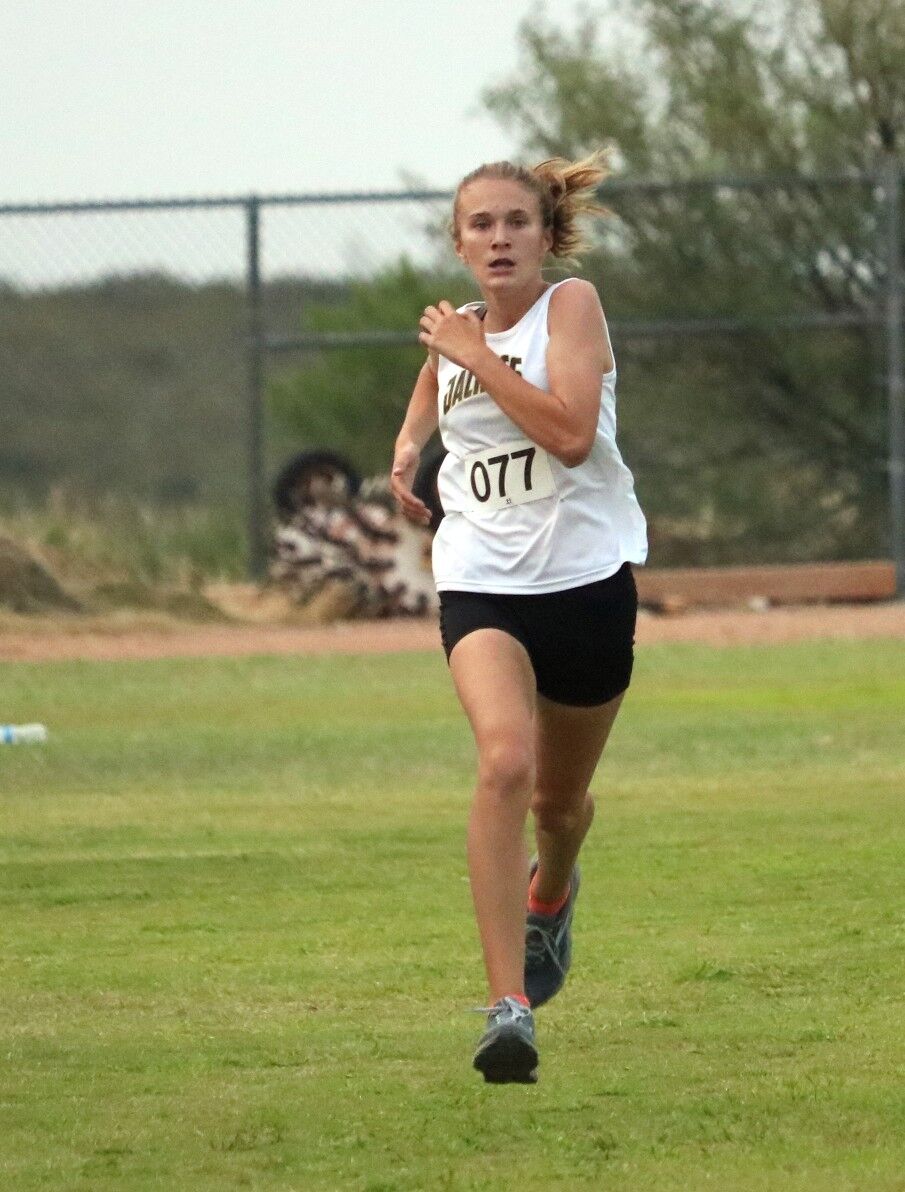 Reagan McGuire finished 4th with a time of 20:57 on Friday. 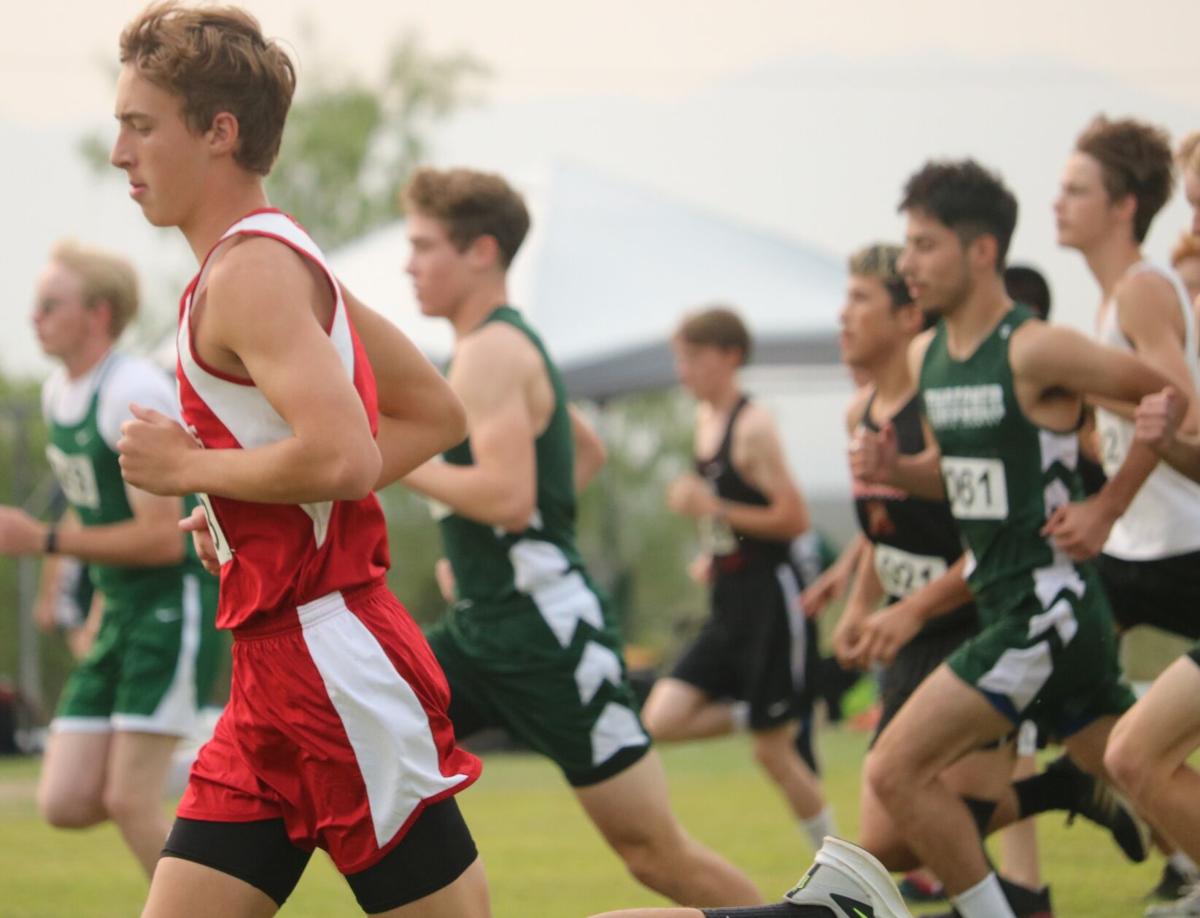 Reagan McGuire finished 4th with a time of 20:57 on Friday.

“I’m happy to be out here,” Winslow said. “I’m grateful we are able to have this.”

Tombstone welcomed six other schools to their campus for a season opening race.

The Yellow Jackets had four runners in the two races: 2 boys and 2 girls. Head coach Jake Winslow said most of the boys team was out for this race but hopes to have them soon.

Winslow said after the race that he knew it would be tough because of the few practices they’ve had with the long layoff.

“Will build every day,” he said. “I expect a better showing on the girls side.”

Freshman Reagan McGuire and sophomore Taylor Jundt earned every cheer the home crowd and football team gave them when they ran by. McGuire finished 4th with a time of 20:57 while Jundt finished 10th with a time of 22:50, both in their first ever varsity race.

“We have a bunch to work on, but this is a fantastic starting point. The success today is because of their positive mental state and great work they have put in so early.”

Full results will be in Wednesday’s county edition of the Herald/Review.

Tombstone races at Benson on Friday.