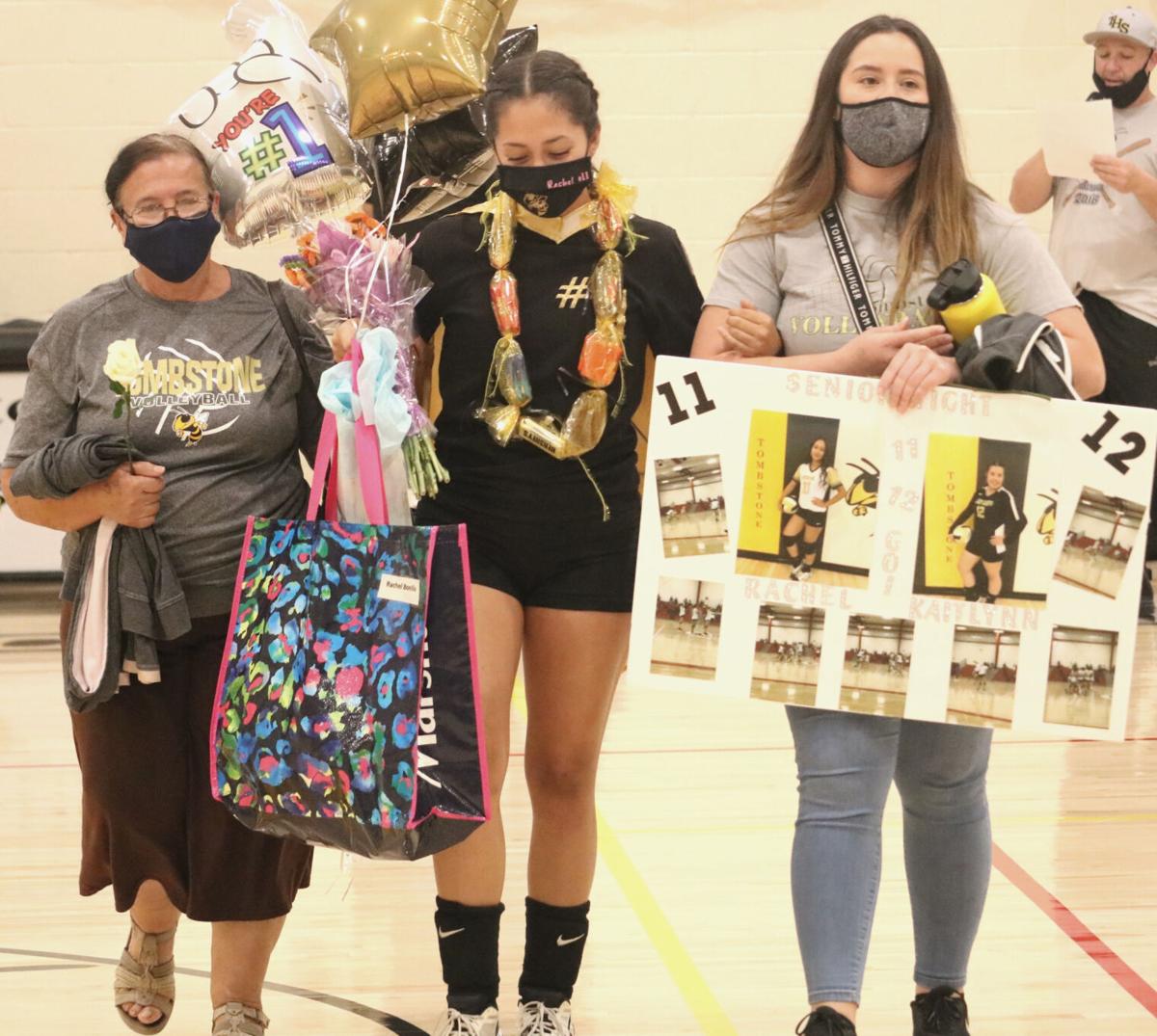 Rachel Bonilla is recognized with five other Tombstone seniors prior to Thursday's game. 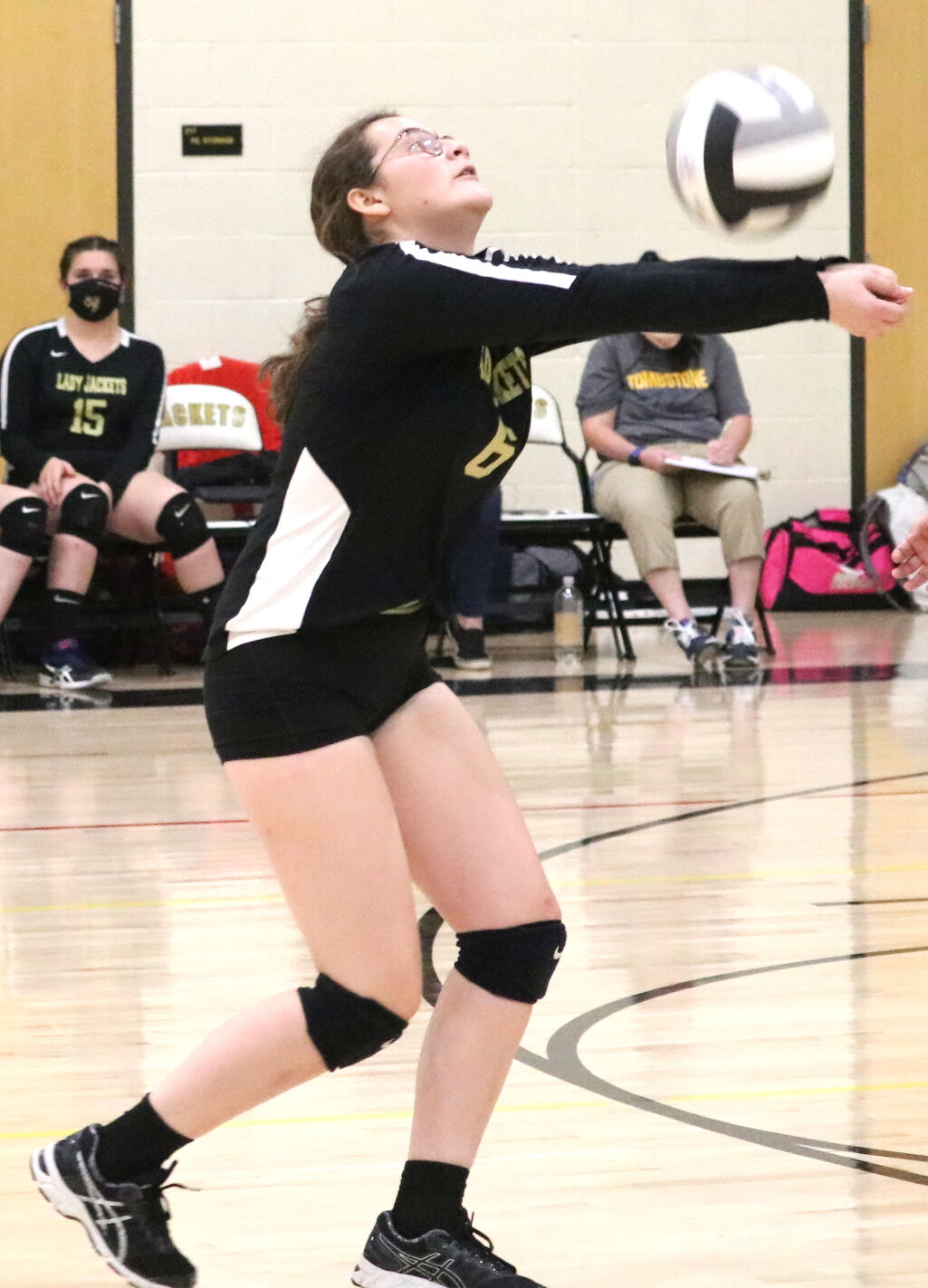 Alexis Gil-Urias makes a pass in Tombstone's win over Patagonia on Thursday. 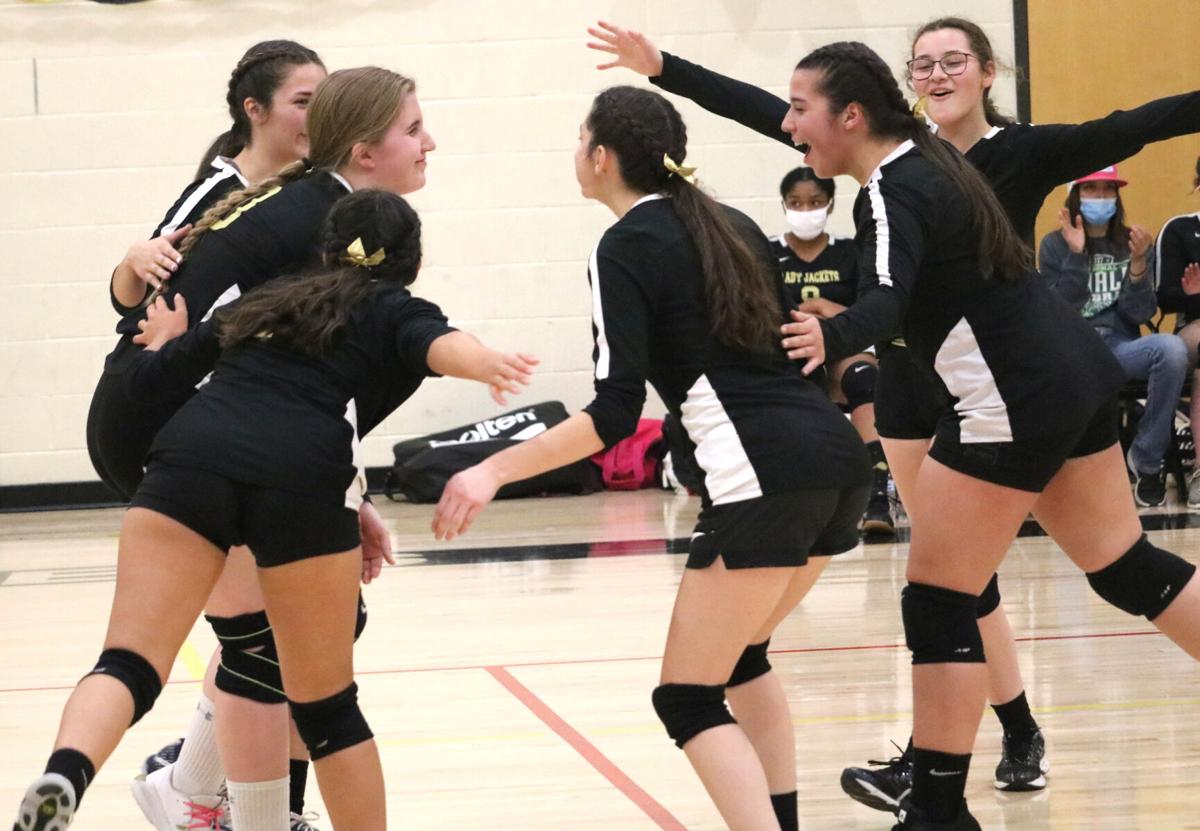 Rachel Bonilla is recognized with five other Tombstone seniors prior to Thursday's game.

Alexis Gil-Urias makes a pass in Tombstone's win over Patagonia on Thursday.

TOMBSTONE — The Yellow Jackets ended their regular season on a high note Thursday with a straight set win over the Patagonia Lobos.

Tombstone dominated Patagonia in all three sets, winning by scores of 25-11, 25-8 and 25-2. Prior to the match the Yellow Jackets recognized their six seniors: Jazmin Gil-Urias, Morena Dixon, Rachel Bonilla, Kaitylyn Sowell, Brooke Wallace and Ilissa Willey.

The Yellow Jackets started the first set with strong serving, jumping to an 11-0 lead with Gil-Urias serving. She had two aces during the run. Kiersten Schilling powered a ball past the Lobos from the outside to give the Yellow Jackets a 13-2 lead. Mistakes by Tombstone allowed more points to be added to Patagonia’s score late in the set but the Yellow Jackets were able to hold on and take Game One with a 25-11 score.

The second game started like the first for Tombstone. Back-to-back aces by Gil-Urias gave the home team a 4-0 advantage. The Yellow Jackets increased their lead to 9-2 on a two-touch by the Lobos. Sowell served 10 points in the middle of the set to make the score 18-3. Gil-Urias closed out the set with an ace that made the score 25-8.

Gil-Urias’ serving held up in the third set, as it did in the first two. Three consecutive aces boosted the Yellow Jackets to an 8-0 lead. Gil-Urias lasted 14 points at the service line. Alexis Gil-Urias made the score 17-1 with an ace. The third game had a fitting end with another ace by Sowell, which gave Tombstone the 25-3 win.

Tombstone finished the regular season 4-9 overall. Thursday’s AIA rankings have the Yellow Jackets holding the last playoff spot as the No. 24 team in the 2A Conference. The brackets will be released Saturday with the top 24 playoff-bound teams.