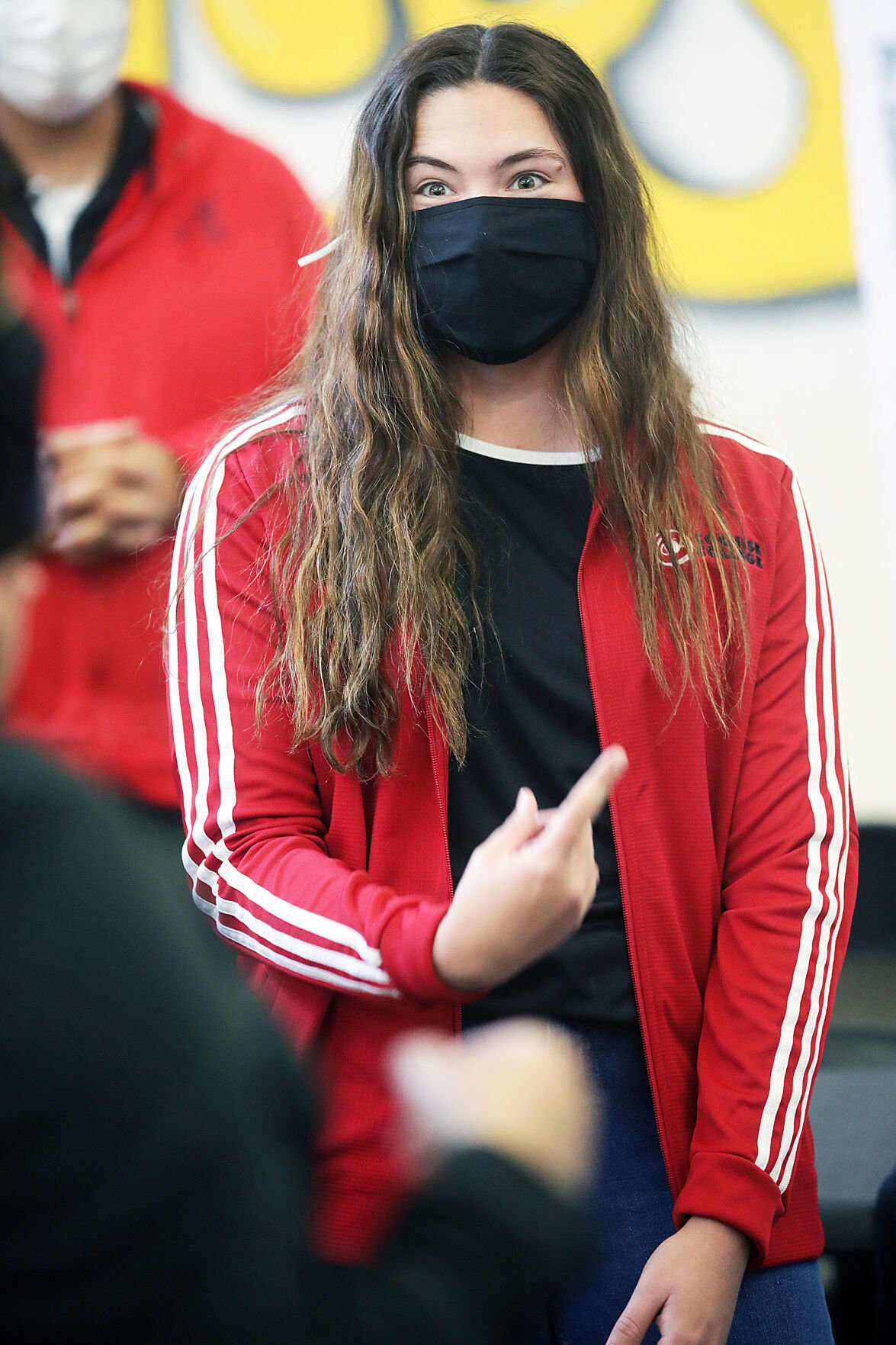 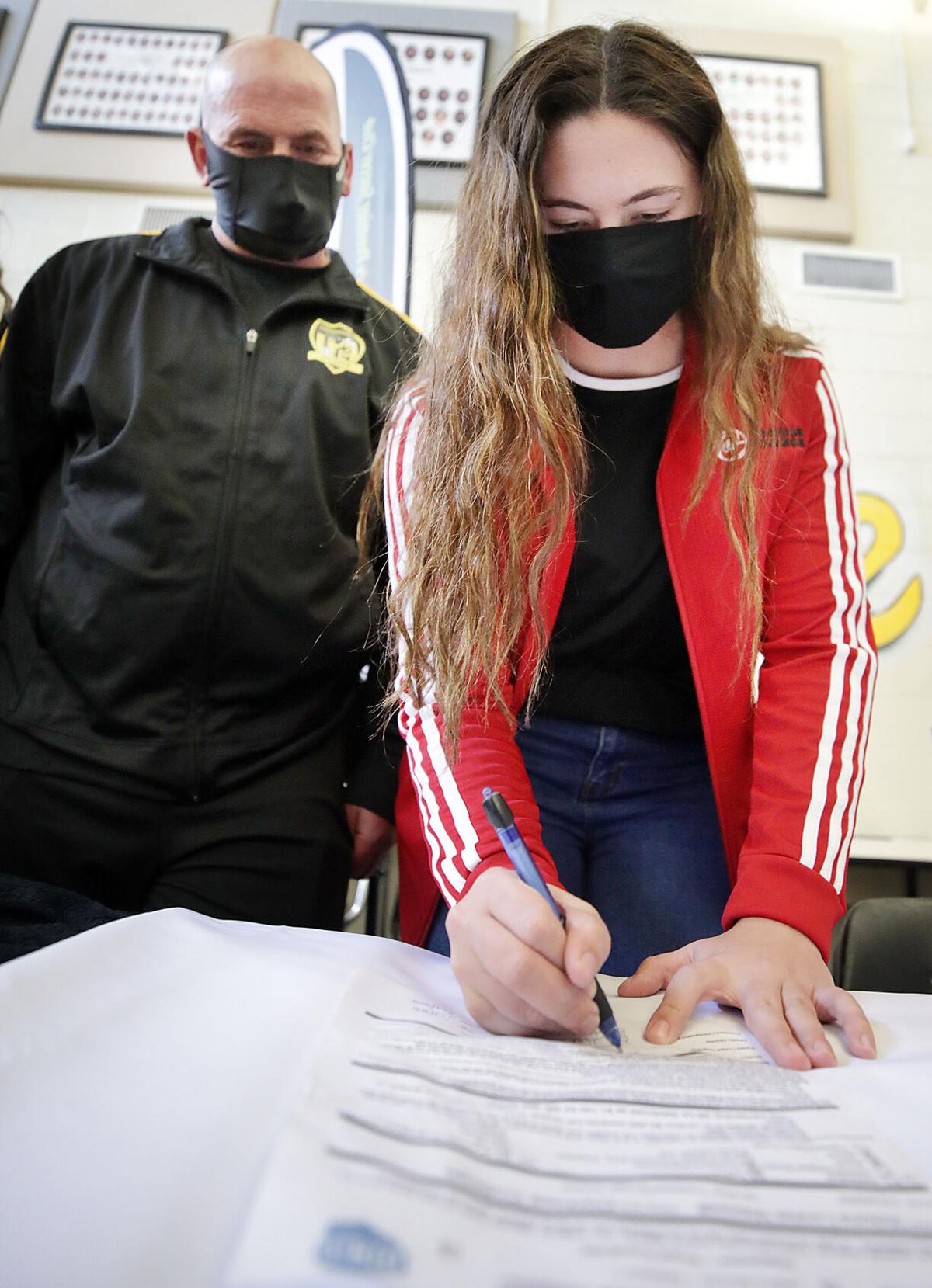 Tombstone High School’s Victoria Maxwell, senior, signs a letter of intent to play soccer for Cochise College earlier this week as her father, William, looks on.

Tombstone High School’s Victoria Maxwell, senior, signs a letter of intent to play soccer for Cochise College earlier this week as her father, William, looks on.

TOMBSTONE — Despite not having a senior high school soccer season, Tombstone High School’s Victoria Maxwell netted a spot on the Cochise College women’s soccer team for the fall.

Maxwell signed her national letter of intent to play for the Apaches on Wednesday afternoon at Tombstone High in front of family and former coaches.

Maxwell is the first soccer player from Tombstone High to sign at the collegiate level.

“I chose Cochise College because I always wanted to stay close to home for my associates,” the senior said. “I’m excited I get to play with some of my (current club) teammates (and players from other countries).”

“I live in Tombstone so it’s nice to have a player from here (join the team),” Cochise College women’s soccer head coach Bobby Peters said Wednesday afternoon. “She’s stood out as a player that I wanted to have for our program. I’m happy to have (her).”

Maxwell’s role on the Apaches will be as goalkeeper but she may be used as a field player if needed. She played in net and on the field for the Yellow Jackets the last two seasons.

“This is an incredible step in her journey,” Tombstone High School Principal David Thursby said before the signing. “Although we won’t be having a high school season, that’s not going to detract what she’s going to do.”

“It was upsetting that Tombstone didn’t have a season this year,” Maria Maxwell said. “The interest (from colleges) has been there for the last two years. Cochise always made the most sense (for Victoria athletically and academic wise). We’re going to support her no matter what.”

Victoria Maxwell began playing soccer when she was 10 years old on Fort Huachuca. She was introduced to the sport by her father, William Maxwell, who she used to watch play.

“I tried a bunch of other sports and it didn’t work out for me,” she said. “I just love playing soccer.”

While at Cochise College, Maxwell will work toward her associates degree in exercise science and health and physical education. She hopes to establish a career as an athletic trainer.

For now, her dream is to play professional soccer. She hopes Cochise leads to an opportunity to play at a university and beyond.