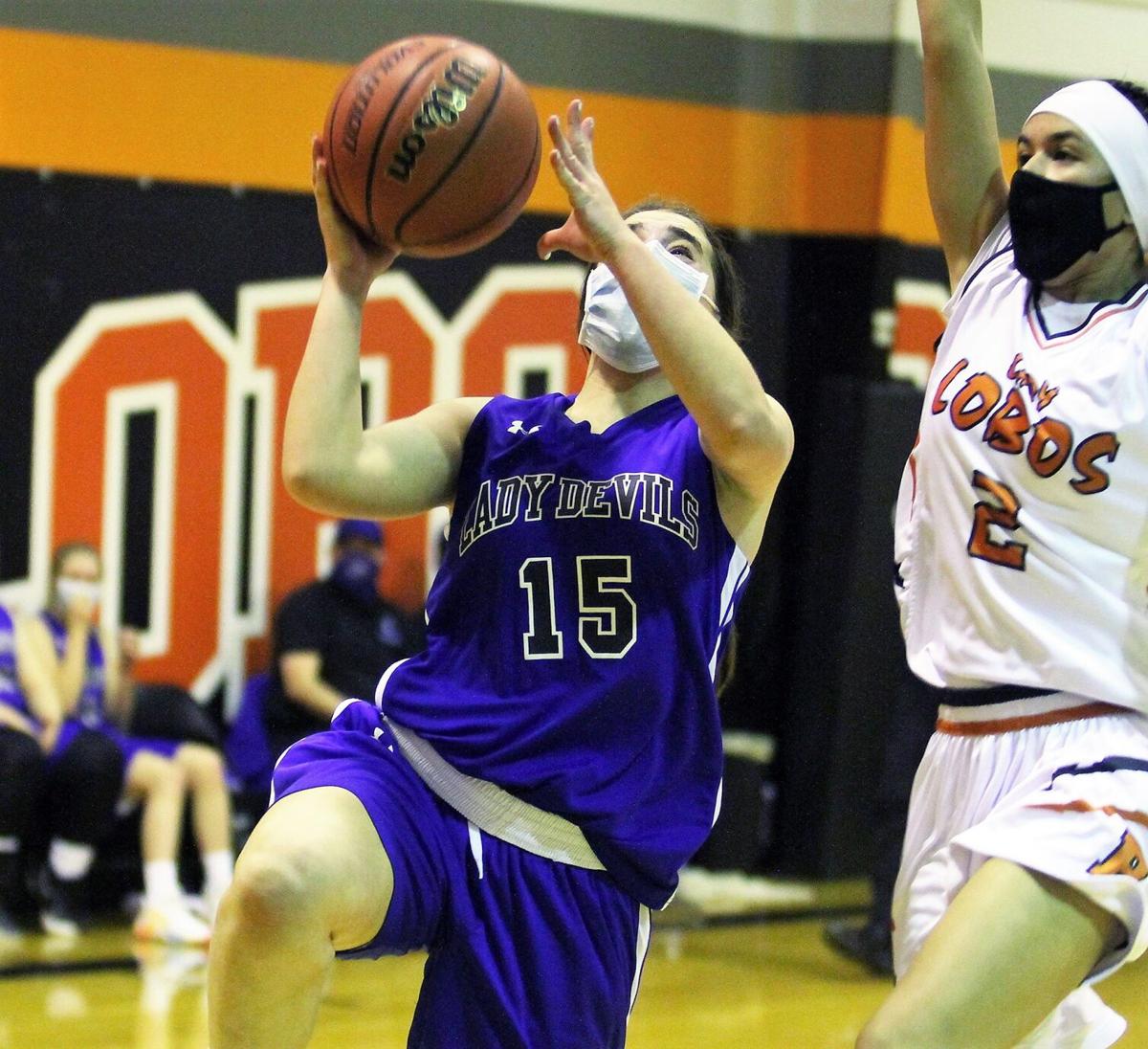 Valley Union's Breana Enriquez drives to the basket to score two of her six points in the Blue Devils game with Patagonia Tuesday. 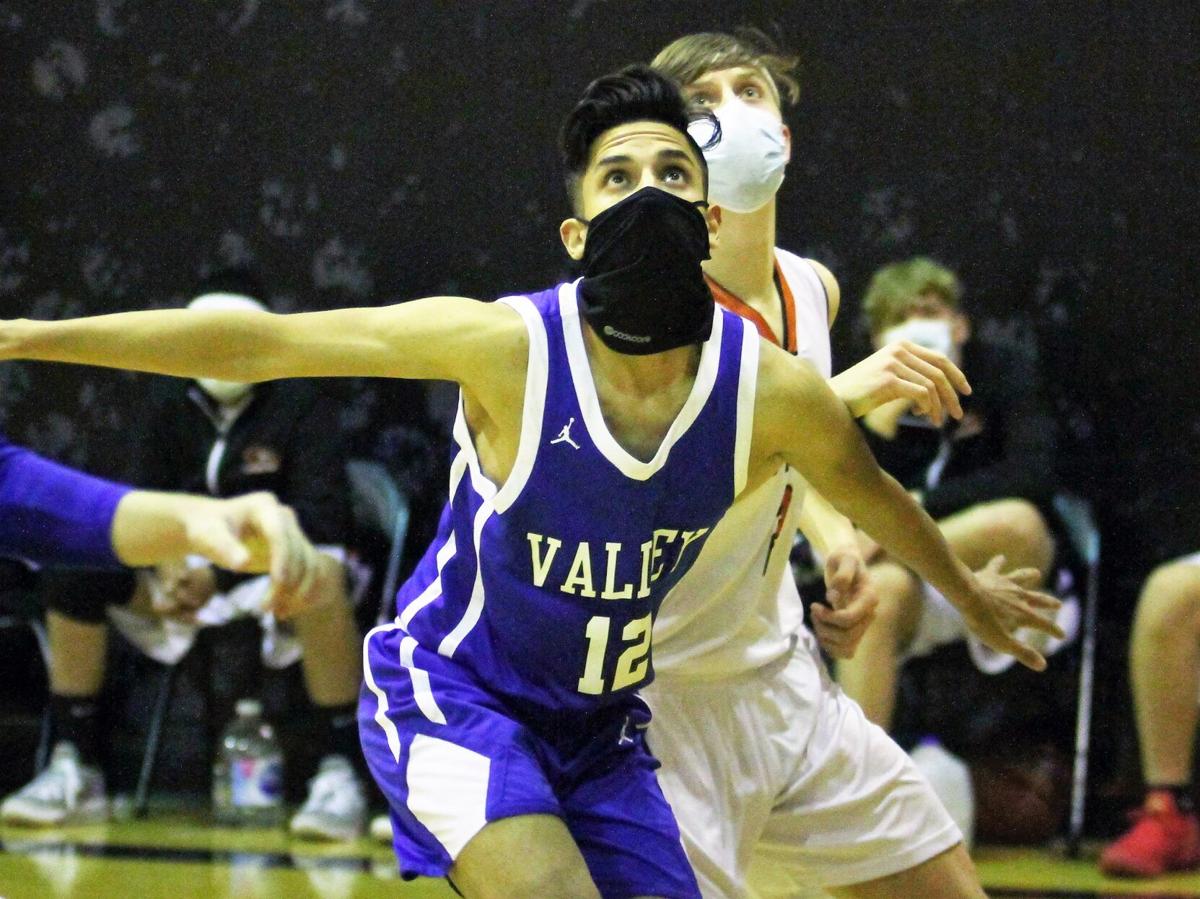 Valley Union's Breana Enriquez drives to the basket to score two of her six points in the Blue Devils game with Patagonia Tuesday.

PATAGONIA — Four days after playing Patagonia in Elfrida where the Valley Union’s boys and girls basketball teams were both defeated, the same two teams were back on the court Tuesday for a conference rematch, this time on the Lobos home court.

The Valley Union girls, who fell 31-26 in the earlier game snapping their three-game winning streak, avenged that loss, winning in Patagonia Tuesday 37-27.

The boys, meanwhile, fell once again, this time losing 50-47.

In the second half Valley Union outscored the Lobos 14-11 coming away with a 10-point win.

In the boys game that followed Patagonia was up 16-13 early in the second quarter when Valley Union went on a 14-1 run to take a 27-17 lead. Back-to-back three-pointers by Giovanni Ruiz stretched the Blue Devils’ lead to double digits. The Lobos were able to cut it to eight, 27-19 at the intermission.

Patagonia reeled off 15 unanswered points to begin the second half taking a 34-27 with 3:17 left in the third quarter.

It was 38-30 Lobos with under a minute left in the third quarter when Valley Union grabbed the momentum back on a three-pointer by Ruiz and a basket on an offensive rebound by Alberto Marmolejo that just beat the buzzer.

The Blue Devils’ Zeke Stewart then hit two free throws and scored on a drive within the first minute of the fourth quarter to tie the game 39-39. The Blue Devils failed to capitalize on a technical foul, and Patagonia stormed back in front on a breakaway layup by Santiny Aguilar and a fast break bucket by Kurt Whitcoe.

Then it was Valley Union’s turn to go on a mini-run, scoring six straight points on a drive by Stewart, a three-pointer from Johnathan Guzman and a free throw by Jacob Sonke that put the Blue Devils ahead 45-43.

The teams traded baskets, and with Valley Union up 47-45, Vasquez scored on an offensive rebound to tie the game with 1:08 remaining. A turnover gave the ball back to the Lobos and Vasquez was fouled on a rebound. He made both free throws and, after another turnover, Aguilar was fouled and made one of two shots.

Valley Union had a chance to tie the game on a three-pointer, but the shot was off and Patagonia held on for the win.

Ruiz was the high scorer for Valley Union finishing with 13 points, Sonke had 12 and Stewart chipped in with 11.

Due to COVID-19 contact tracing concerns at Valley Union, the Blue Devils game Friday with St. David and Saturday’s game with Desert Christian have been rescheduled for a later date. Both games have to be played before the regular season ends on March 5.

The Nogales International contributed to this article.