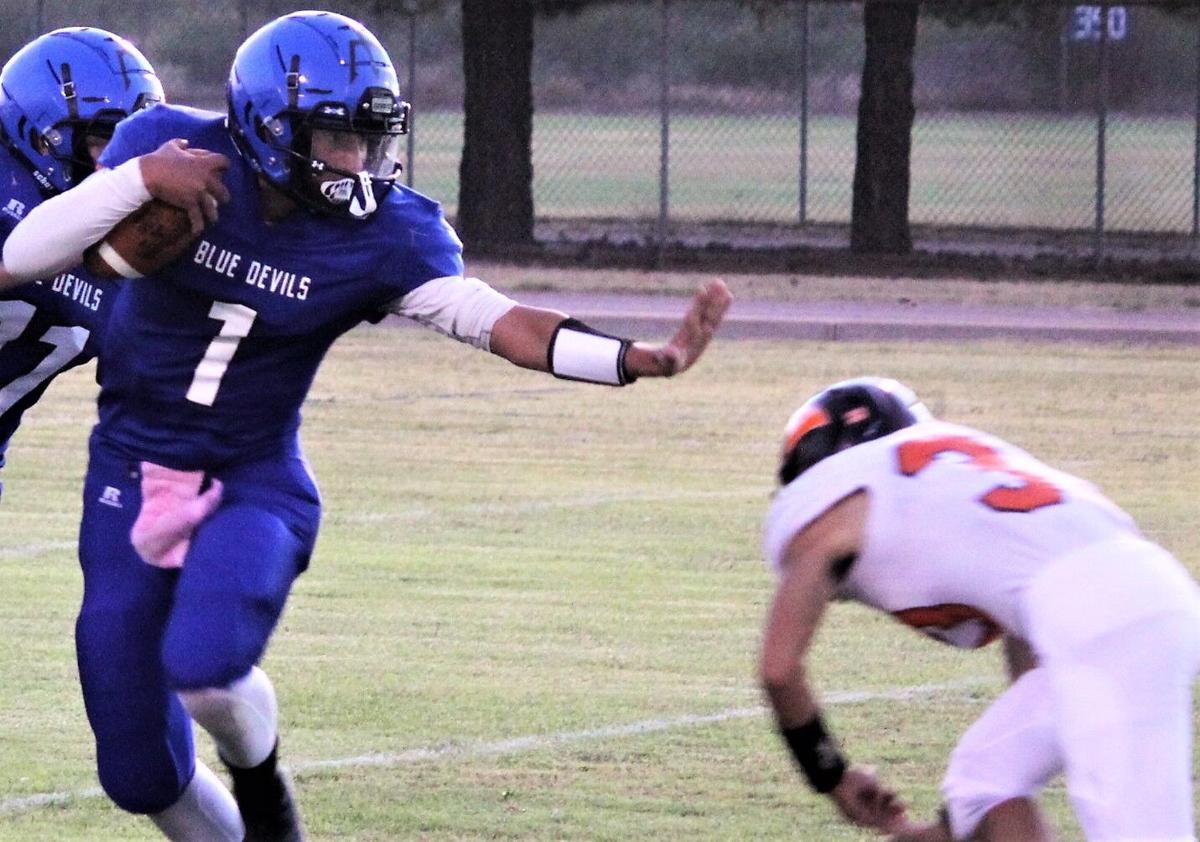 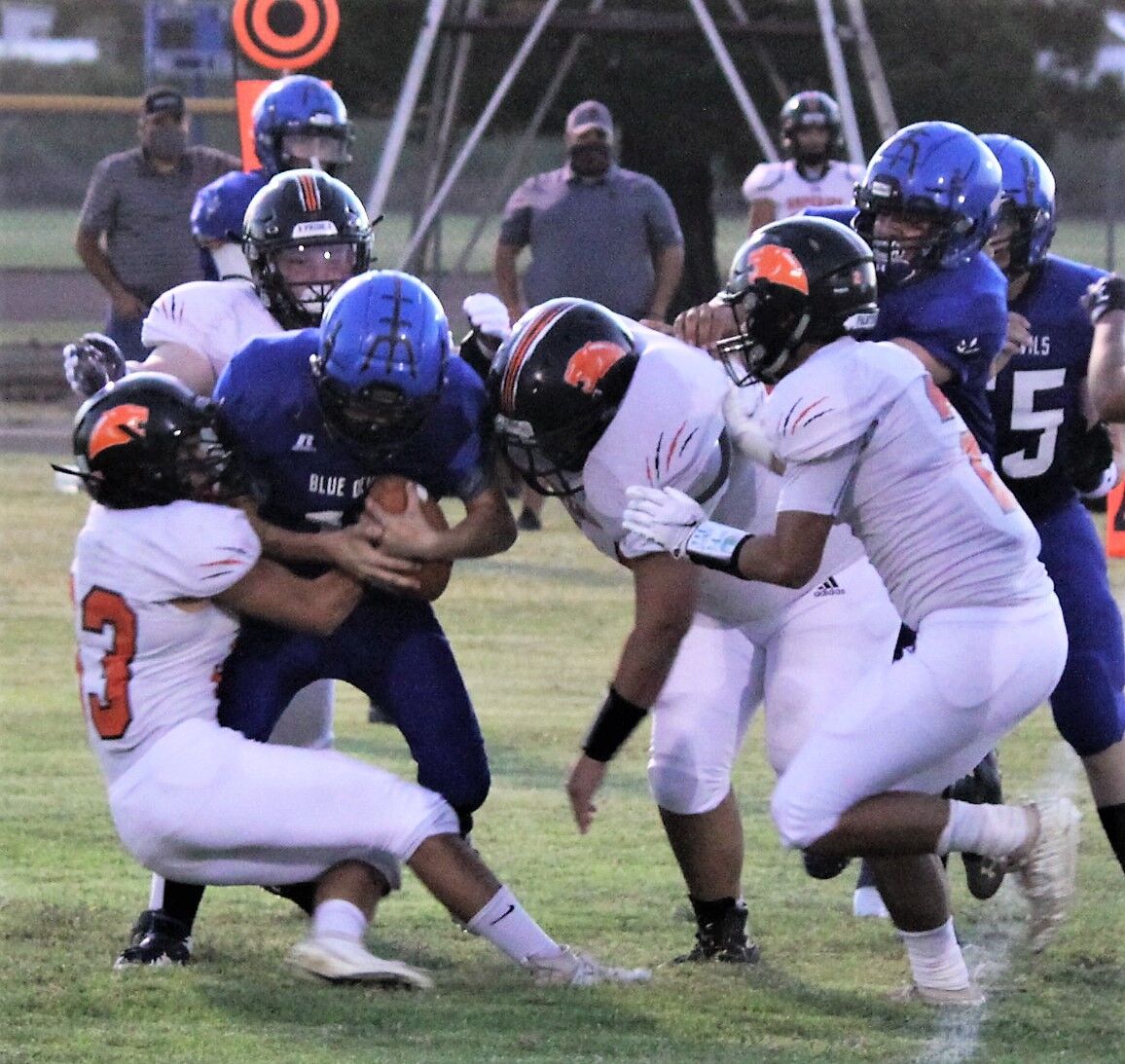 Valley Union running back Kolby Gilbreth is gang tackled by the Superior defense in the season opener Friday night in Elfrida.

Valley Union running back Kolby Gilbreth is gang tackled by the Superior defense in the season opener Friday night in Elfrida.

ELFRIDA — Valley Union’s inexperience of playing high school football was evident Friday in its season opener against a senior loaded team from Superior that went all the way to the 1A state finals last year.

Four minutes into the game Superior had a 24-0 lead, before eventually leaving Elfrida with a 54-0 win.

After receiving the opening kickoff, Superior needed just one play to score a touchdown 14 seconds into the game taking an 8-0 lead which set the tone for the night.

After holding Valley Union to a three and out on its next possession, the Panthers again needed just one play to score. A punt return for a touchdown later in the quarter increased Superior’s lead to 24-0.

The Blue Devils, who had a two-way player leave the team earlier in the week for undisclosed reasons, had two more two-way players go down with injuries in the opening quarter.

Sophomore running back Kolby Gilbreth, (coach Gilbreth’s son) re-injured his hamstring and would not return. Moments later senior running back Jacob Snoke would be carted off the field on a stretcher and taken by ambulance to the Douglas Emergency Department for treatment after injuring his arm. Valley Union coaches later announced x-rays showed no fracture in Sonke’s arm and there is a possibility the running back could eventually return to the team but only after being cleared by his doctor.

Superior added two more scores in the second quarter taking a 40-0 at the half. The second half was played with a running clock as both teams mixed in many of their younger players, some of which were seeing live high school football for the first time.

Valley Union struggled offensively all night recording just 13 yards in passing. Freshman quarterback Kohan Evans was one for five in passing with the lone competition to Levi Lawson.

Rushing, the Blue Devils were held to a negative eight yards. Three freshmen, Evans along with Shad Matthews and Isiah Valdez, all carried the ball for the first time in their high school careers Friday night. Valdez finished with 6-yards on two carries.

Defensively, Lawson and sophomores Will Smith and Cody Smith each had two tackles and one assist. Luke Essary, another sophomore, had a tackle, an assisted tackle, plus a fumble recovery.

“It was good to finally be on the field playing against somebody else besides ourselves,” coach Brandon Gilbreth said after the game. “Tonight we played one of the best teams in the state. That team is really tough.”

The coach added he was pleased he got to play some of his freshmen and sophomores and get them exposed to high school football.

“I think for some of our kids it was a shock to find out how fast paced this game is,” Brandon Gilbreth said. “Since we didn’t scrimmage last week tonight was basically our scrimmage. I hope it helped them get those first game jitters out. I felt some of our freshmen showed some good things when they were out on the field tonight. Once they figure out how to play football that fight is going to be impressive.”