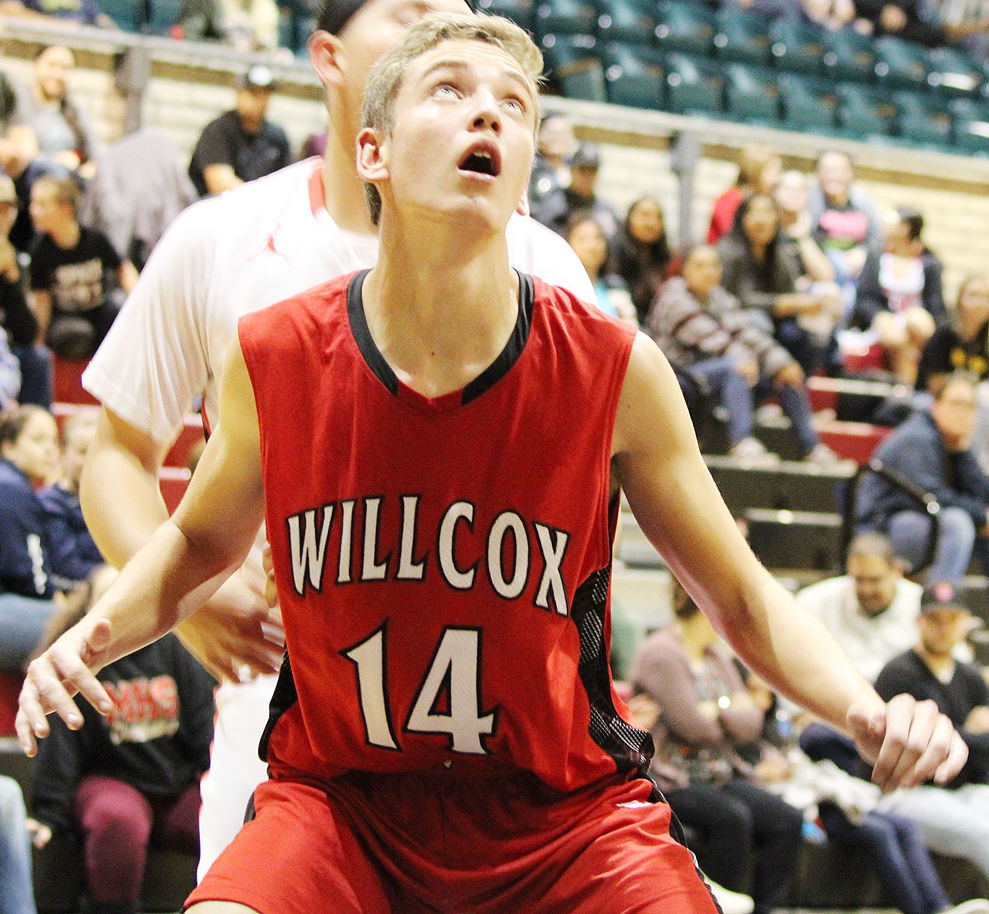 Willcox’s JJ Lunt (14) boxes out and looks for the rebound. 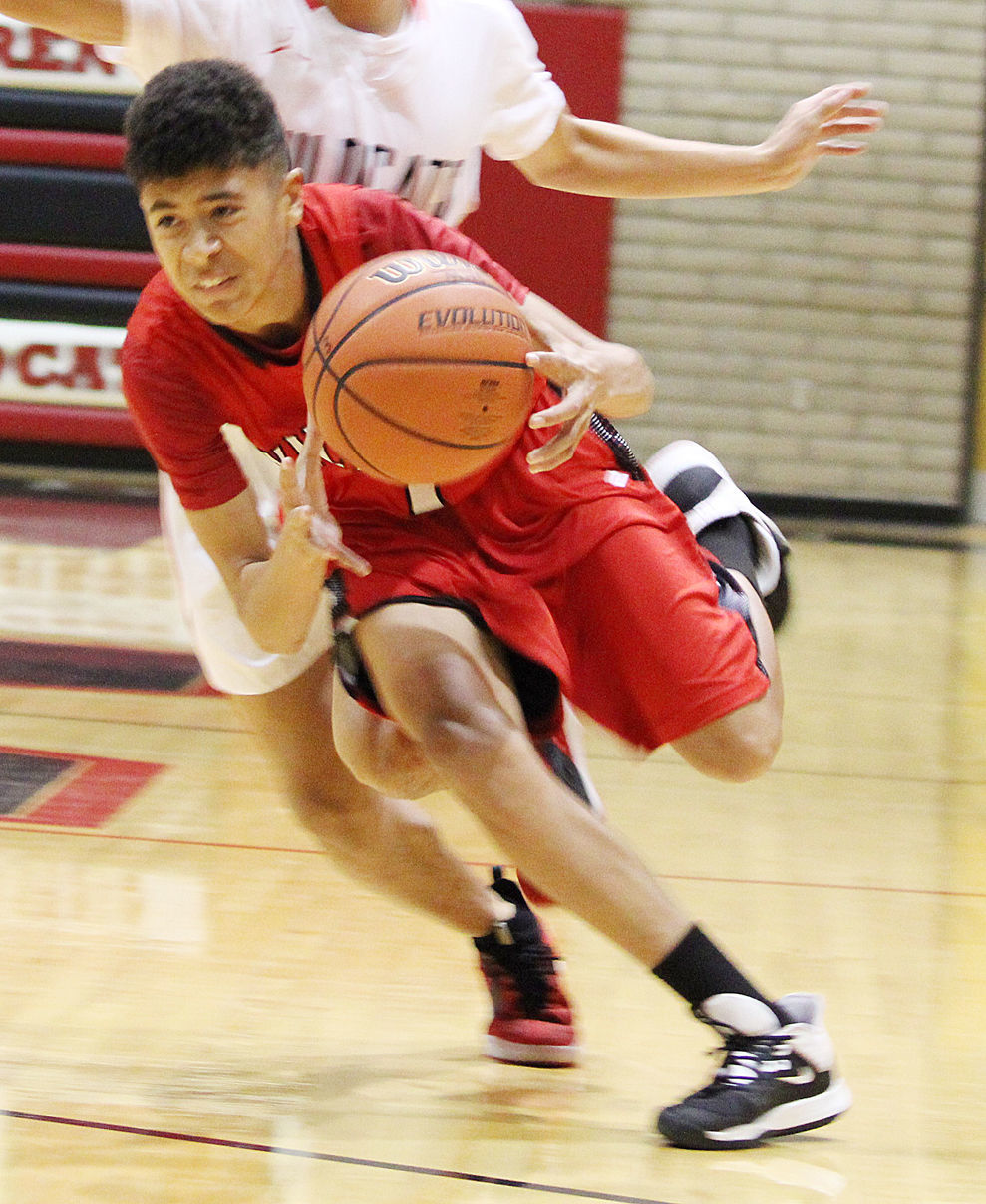 Willcox’s AJ Nuzzo (1) tries to keep his balance while dribbling up court.

Willcox’s JJ Lunt (14) boxes out and looks for the rebound.

Willcox’s AJ Nuzzo (1) tries to keep his balance while dribbling up court.

The Wildcats were able to take down the Willcox Cowboys, 53-45.

Before the game, Willcox’s head coach Corey Downs gave his thoughts on the upcoming matchup against Morenci.

“We feel pretty good going into tonight’s game, we have been working hard over the break, and we are 1-1 against Morenci, and so it should be an exciting game tonight.”

In a low scoring first quarter of play, each team tried to get something going on offense. After exchanging early baskets against each other, it was Willcox who took a 10-9 lead heading into the second quarter.

In the second quarter, thing’s started to pop off for the Cowboys as they began to connect on offense, which led to a 9-3 run scoring run.

The Cowboys went down low to their big man, Rico Lunt, who was able to score under the basket and take advantage of second-chance shots off the rebound.

Lunt finished the game with 21 points.

Morenci couldn’t buy a bucket, going 0-4 from the 3-point line and making costly mistakes that led Willcox to take advantage and turn Morenci’s mistakes into points. Willcox went into halftime up, 27-19.

To start the second half, the Wildcats found some momentum when Christian Mutengela went on a fast break and scored on a circus shot that brought his team within 5 points.

Mutengela finished the game with 18 points.

Halfway through the third quarter, Willcox was called for two technical fouls in three minutes, which lead to Shawn Michael Chavez scoring 5 of his 19 points via five out of the six free throws awarded the Wildcats.

Maddux Martinez made a lay-up as time expired for the third quarter, giving the ‘Cats a 4-point lead heading into the final period.

In a back and forth fourth quarter, it boiled down to Morenci playing smart offense and taking time off the clock, making it difficult for Willcox to come back.

“We have been playing better these past few games, and we just need to keep it up and we will be alright,” said Morenci head coach Tommy Navarrete.