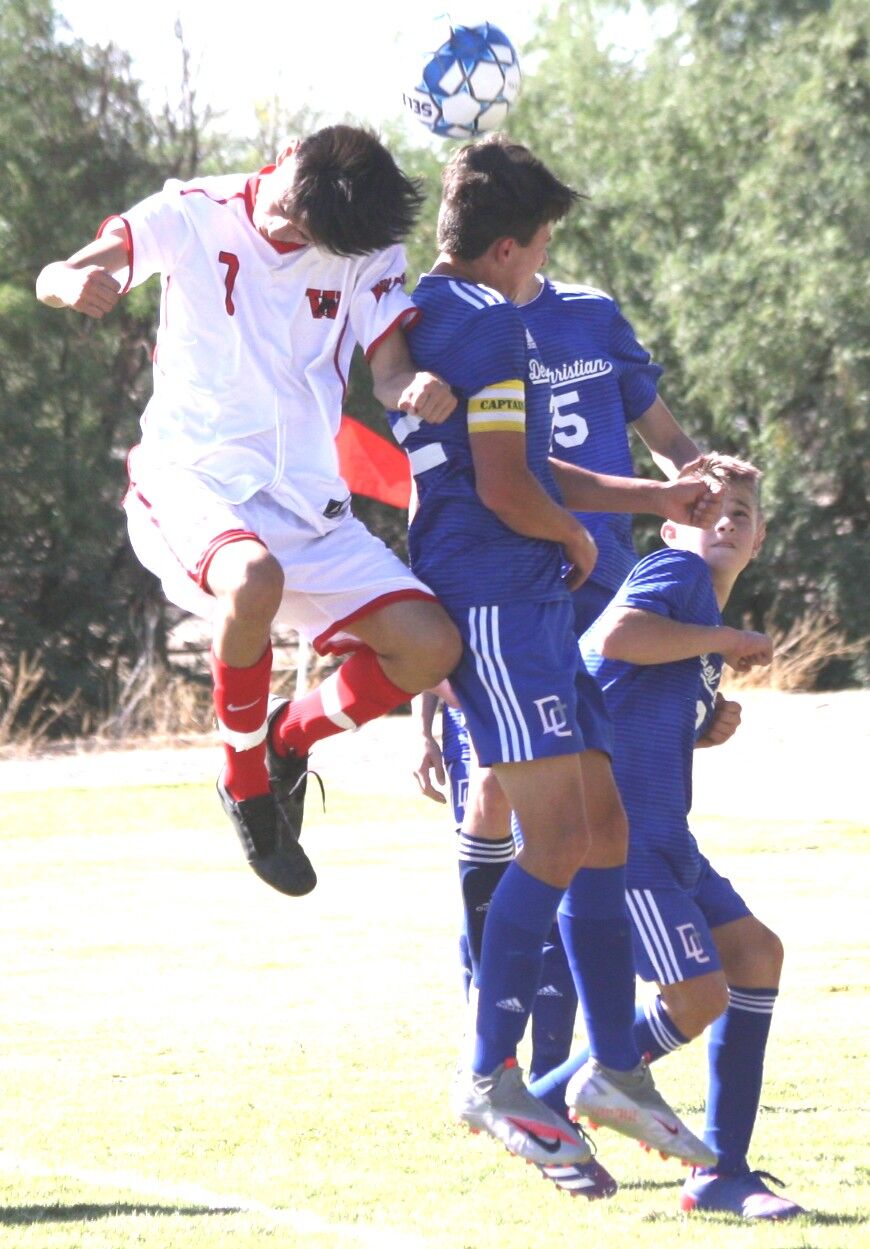 Junior Eulises Lara, left, competes for a header near the Desert Christian goal during the Cowboys 4-2 win on Saturday. 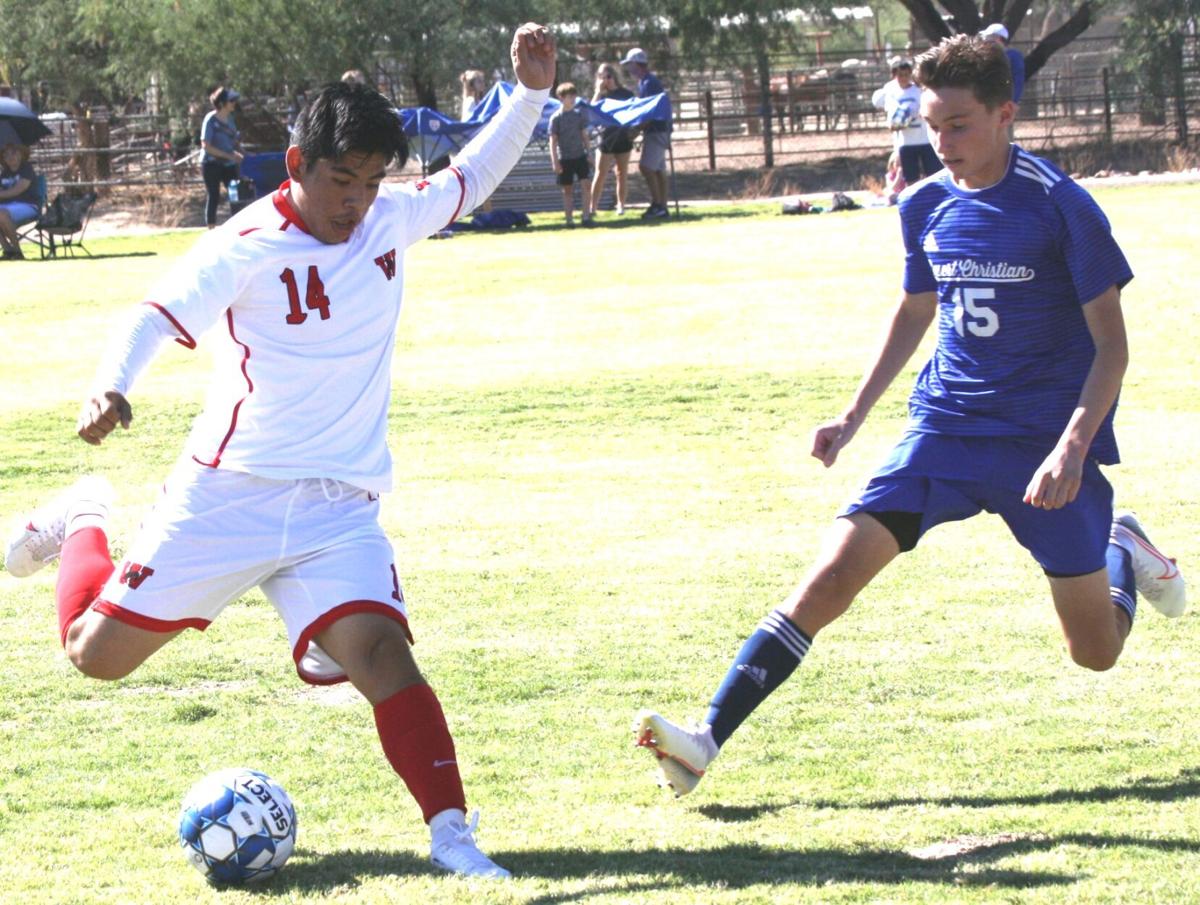 Sophomore Alexis Hernandez sweeps his kick just ahead of defensive pressure from Desert Christian in Saturday's contest in Tucson.

Junior Eulises Lara, left, competes for a header near the Desert Christian goal during the Cowboys 4-2 win on Saturday.

Sophomore Alexis Hernandez sweeps his kick just ahead of defensive pressure from Desert Christian in Saturday's contest in Tucson.

WILLCOX — The Willcox Cowboys impressive run to the early region lead will endure extra scrutiny soon. A stirring 4-2 comeback victory at Desert Christian (DC) on Saturday moved them into sole possession of first place at 4-0, half a game ahead of 3-0 runner-up Bisbee pending their first meeting on Tuesday night.

“It feels good to be in first and it looks like me and coach Katrina Garza are doing a good job,” first-year head coach Juan Rodriguez said of the two-time defending conference champ Cowboys.

The Cowboys were cruising with a 3-0 region mark after opening the season with a loss to No. 2 Blue Ridge in a freedom game. Their spotless region record included an earlier 2-0 victory at home versus DC.

The Tucson club embarrassed Willcox early in this weekend’s rematch with goals in the 31st and 33rd minutes for a 2-0 lead of their own.

“It looked like we were asleep at the beginning,” coach Rodriguez said. “Maybe the first road-trip drive affected them. It got me scared a little bit.”

A goal from junior forward Eulises Lara just before half-time seemed to wake them up.

“I think we figured out we were still the better team when we scored our first goal,” the coach said. “The way they reacted, you could see in their faces that they planned on having more goals.”

Indeed, junior midfielder Francisco Felix tied it up almost immediately after the second half kick-off and put in the go-ahead score ten minutes later. Lara added the insurance goal for the 4-2 final margin in the 78th minute.

“A lot of guys stepped up when they needed to and it shows me their heart,” Rodriguez said.

“It’s good for us to come back and learn from the experience. Every game is different and they found that out today.”

They’ll get a new experience with the Bisbee Pumas, a new program that has been a thorn in Willcox’ side since they debuted two years ago. Bisbee had to play as an independent their first two years and couldn’t challenge for the south region title despite a tie and a 3-2 loss to the region champ Cowboys in their initial year. They stepped up and beat the Cowboys last year and tied the other match while earning a No. 3 Power Ranking for state compared to the region champion Cowboys No. 8 seed.

This season the new rivals meet in back-to-back games on Tuesday in Bisbee and Thursday in Willcox in games that do count for the region title. Despite a weaker schedule so far, the Pumas 4-0 overall record has earned them a No. 3 spot in power ranking again while Willcox is No. 9, despite four straight wins after the loss to Blue Ridge.

“I’m not concerned because I know we should go up after the DC win and that’s how you pass the competition,” Rodriguez said. “You have to keep on winning, because one loss can cost you everything.”