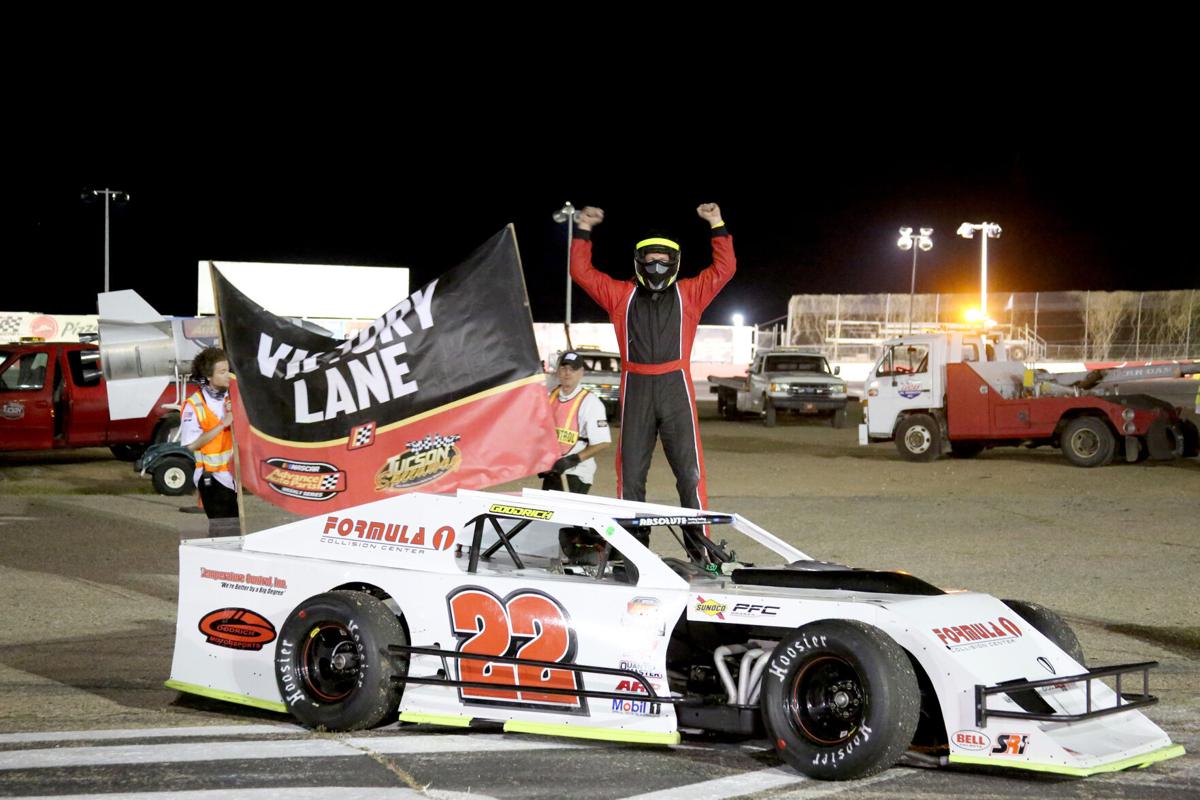 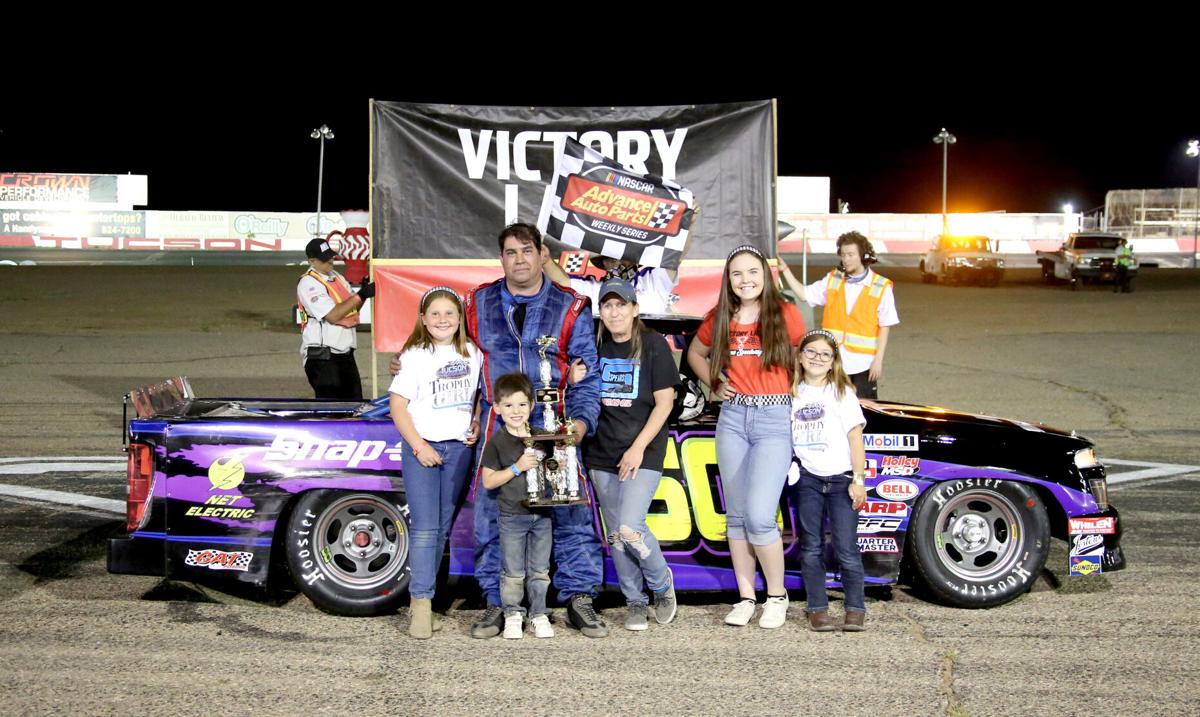 John Nahoopii celebrates his Thunder Truck victory in which he dominated the two-stage, 40-lap main event April 24 at Tucson Speedway.

John Nahoopii celebrates his Thunder Truck victory in which he dominated the two-stage, 40-lap main event April 24 at Tucson Speedway.

TUCSON — Tucson Speedway is well into the 2021 season with race day operations returning to what has become the new normal. Fans are back in the stands enjoying the thrill of auto racing while maintaining social distancing requirements.

Drivers, track staff and crew also are getting into the routine of abiding by these new rules, all the while making the most of the 2021 season.

Victory Lane has seen repeat winners in some divisions, such as Brett Yackey in the Super Late Models, Hershel McGriff Jr. in the Outlaw Late Models and Joey Searle in the Hornets.

However, a new face has graced the winner’s circle each race in all other divisions making for an “anyone’s game” scenario and amping up the excitement each race night.

On April 24, Hereford’s own John Nahoopii parked his No. 50 Thunder Truck in Victory Lane after dominating a two-stage, 40-lap main event. Known to fellow racers and fans as the “Flyin’ Hawaiian,” Nahoopii sits second in points behind the previous race winner, Bill Black, who finished second.

Five years into his Modified racing career at Tucson Speedway, Gary Goodrich drove his No. 22 car to its first win. Nick O’Neil, who had hoped to go back to back, finished third. Bill Engle finished second.

The Mini Stock division is back up and running at the track with E.K. Ongley assuming his role in the spotlight on the division’s opening night.

The father and son team of Shannon and Colton Tutt, respectively, have both driven their Hobby Stocks to the winner’s circle in 2021. Shannon Tutt leads the points. His son trails by nine points.

On the list of winners thus far in all other divisions are Devin Jones and Wyatt Dent, Bandolero Bandits; Ashton Leonard and Quinn Davis, Outlaw Bandits; and Aydan Saunders and Jason Irwin, Legends.

Racing resumes on May 8 with the NASCAR Super Late Models, Outlaw Late Models and Hobby Stocks; and the INEX Bandolero Bandits, Bandolero Outlaws and Legends.