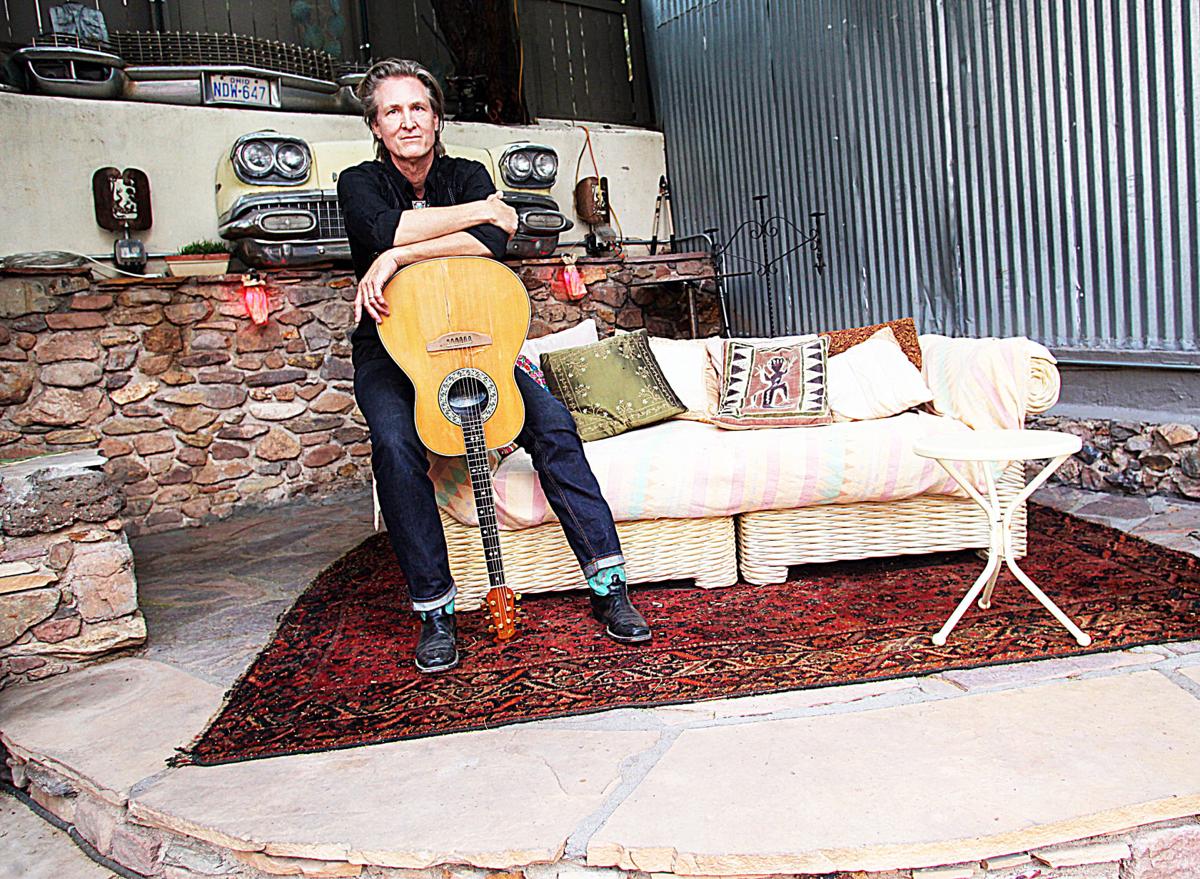 Bisbee musician Dan Simonis sits on the stage of his Courtyard music location in Brewery Gulch. Simonis will also be performing Friday. 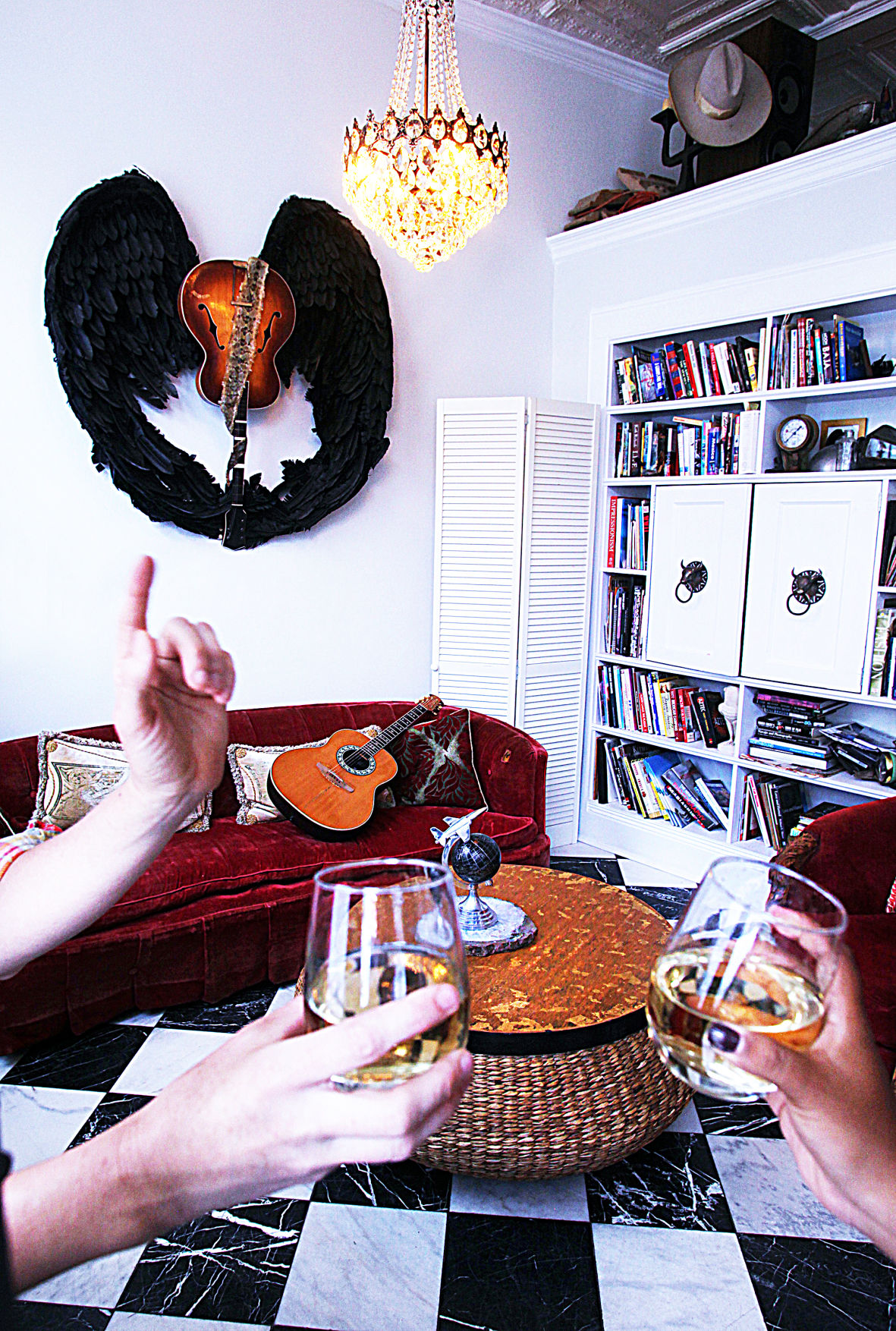 The Courtyard is a venue where local and out-of-town groups play. It includes a stonework garden and a terraced stage.. 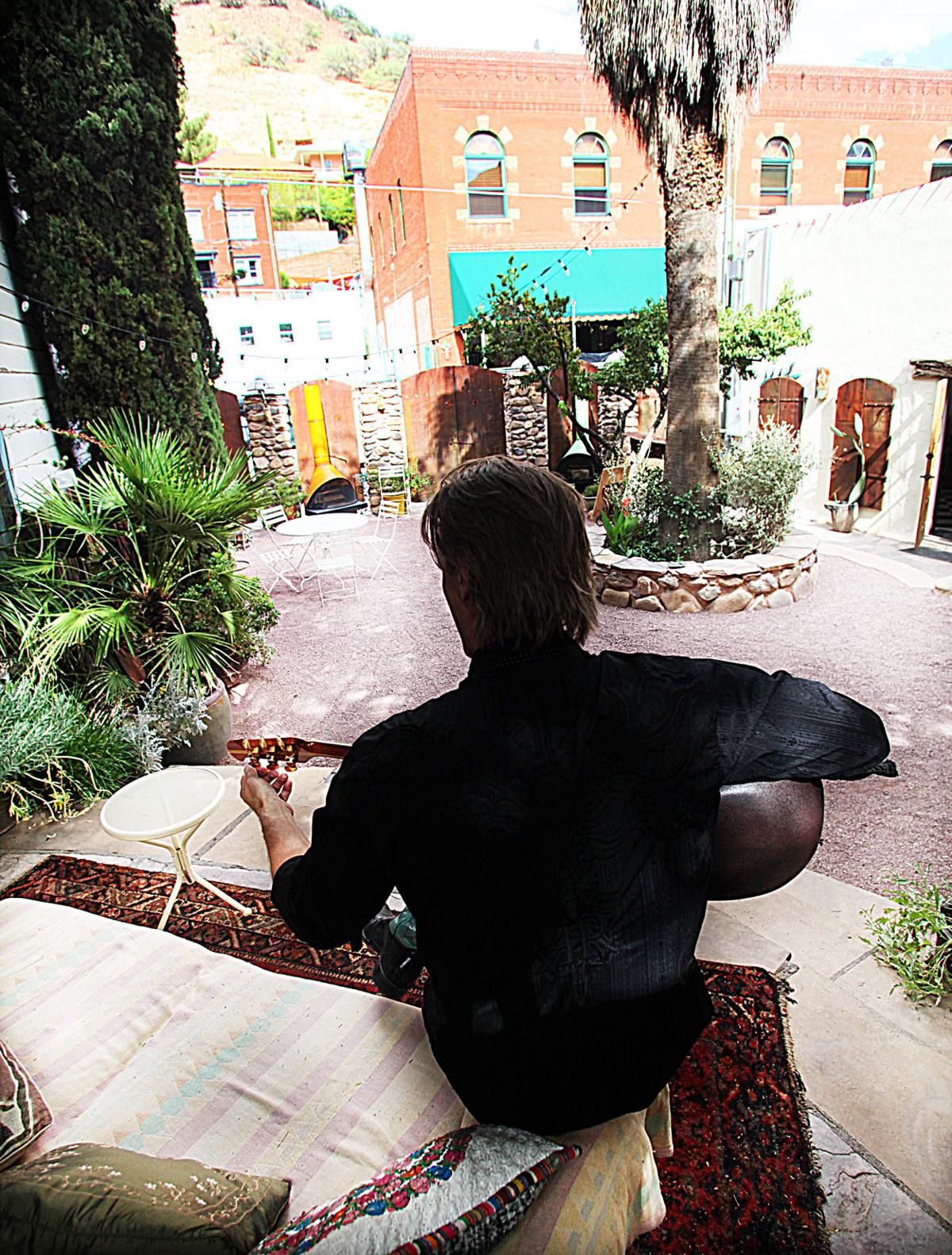 The Courtyard, located in Bisbee’s Brewery Gulch, will host the Pine Hill Haints on Friday. The group hails from the musically historic town of Muscle Shoals, Alabama.

Bisbee musician Dan Simonis sits on the stage of his Courtyard music location in Brewery Gulch. Simonis will also be performing Friday.

The Courtyard is a venue where local and out-of-town groups play. It includes a stonework garden and a terraced stage..

The Courtyard, located in Bisbee’s Brewery Gulch, will host the Pine Hill Haints on Friday. The group hails from the musically historic town of Muscle Shoals, Alabama.

Each city has its own unique musical flavor and sound.

The distinct style of the northern Alabama area — a blend of gospel, rockabilly, and blues — makes its way to Bisbee Friday at The Courtyard when the Pine Hill Haints return to town.

“The have a sound that’s really hard to find,” said Dan Simonis, singer/songwriter and owner of The Courtyard. “It’s relaxed and Americana. It's not what you hear around here.”

The band describe its music as “ghost country music,” and blends the genres of gospel, rockabilly, rock and roll, Celtic and blues.

“We have our own sound,” said group member Jamie Barrier. “We sound better together than we do individually.”

Their uniqueness is what attracted Simonis and his wife Puspa Lohmeyer to invite them to The Courtyard. Simonis said he was first introduced to the band early this year by the Damn Union, a group of artists based in New Mexico who help one another find gigs.

Artists like the Rolling Stones and Aretha Franklin recorded songs there in order to add to specific sound to their songs and albums.

The Pine Hill Haints played in Bisbee for the first time in January, and Jamie said he fell in love with the city.

“We basically played to no one, but had the time of our lives,” Jamie said. “Some bands want to play Madison Square Garden; we like to play the small cities. It’s a whole different vibe. Everyone’s happy you came.”

Simonis and Lohmeyer look for bands and artists who have individuality and are cultural, as well as that have original songs and are not solely cover bands. They open their venue space for bands they like, and on average, have concerts twice a month.

Simonis said bands like to play at The Courtyard because the space is set up for people to come and listen to music.

The band returns to Bisbee for the first time since January — when they played The Courtyard — and is currently in the midst of a 17-show tour.

The group began in Wyoming, traveled to Montana, then went down the West Coast and into the Southwest.

The Pine Hill Haints are traveling as a six-piece group: Katie Barrier, who plays the washboard, mandolin and singing saw; Brian Zero, on snare drum; Stevie LeBlanc, washtub bass; Justin Ward, who plays the accordian and trombone; and Barrier, on guitar, fiddle and harmonica.

Barrier said the number of band members can fluctuate depending on the show, but this tour is set at six members.

The band first formed in the late ‘90s, and has traveled the world. Barrier said the band plays between 80 to 200 shows a year, and the current lineup has played between 200 and 300 shows together.

Over the band’s two decades, it has played more than 200 shows in Ireland, has played in England every year for the last 10 to 15 years, and in 2016, toured with the Slow Motion Cowboy.

Simonis and Sean Trachtman of Train Wreck will perform together as the first opening act, and Slow Motion Cowboy will follow. The Pine Hill Haints will take the outdoor stage at 8 p.m.