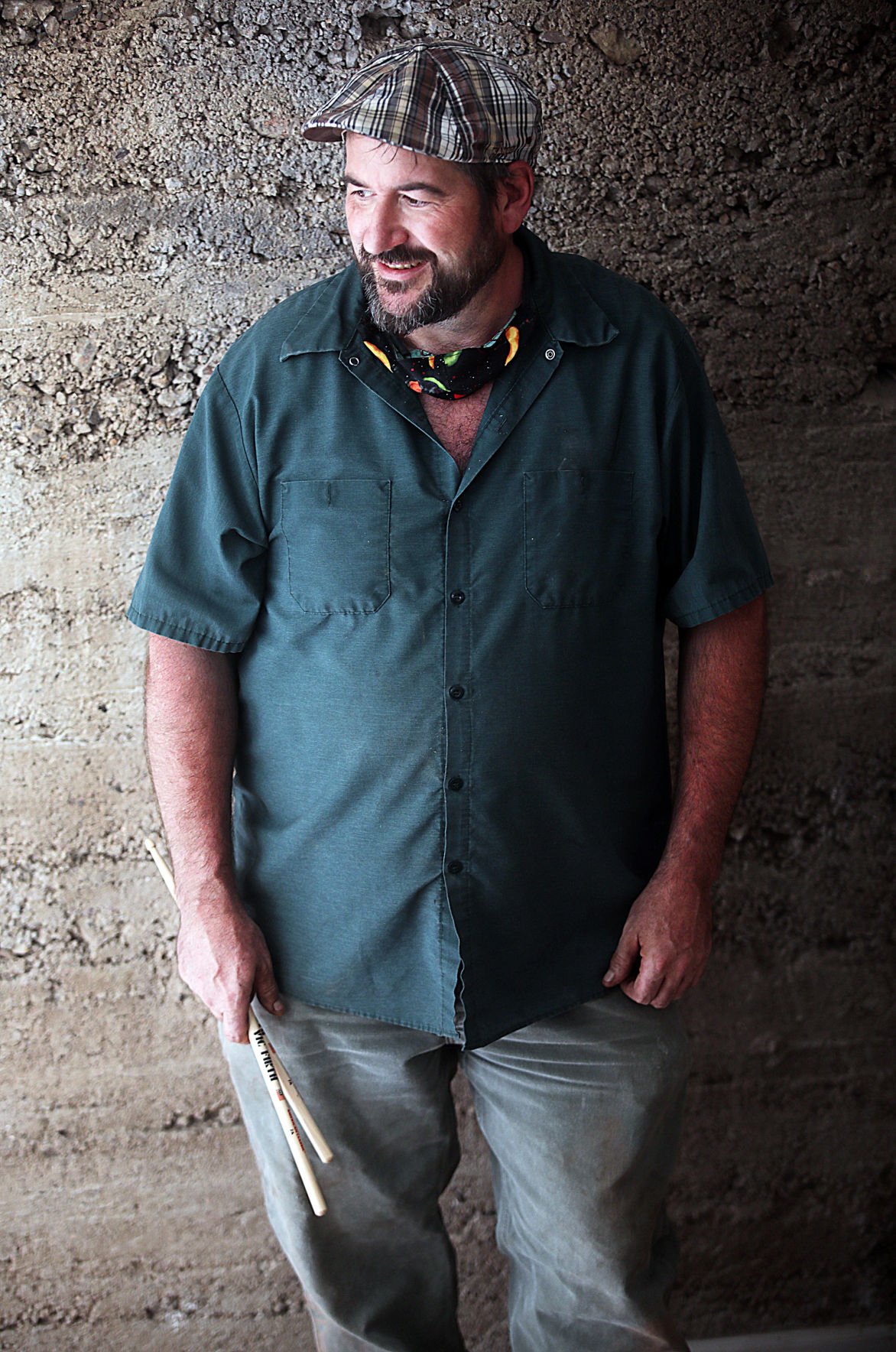 Drummer Sam Panther has been a musician since receiving his first drum set at the age of 13. 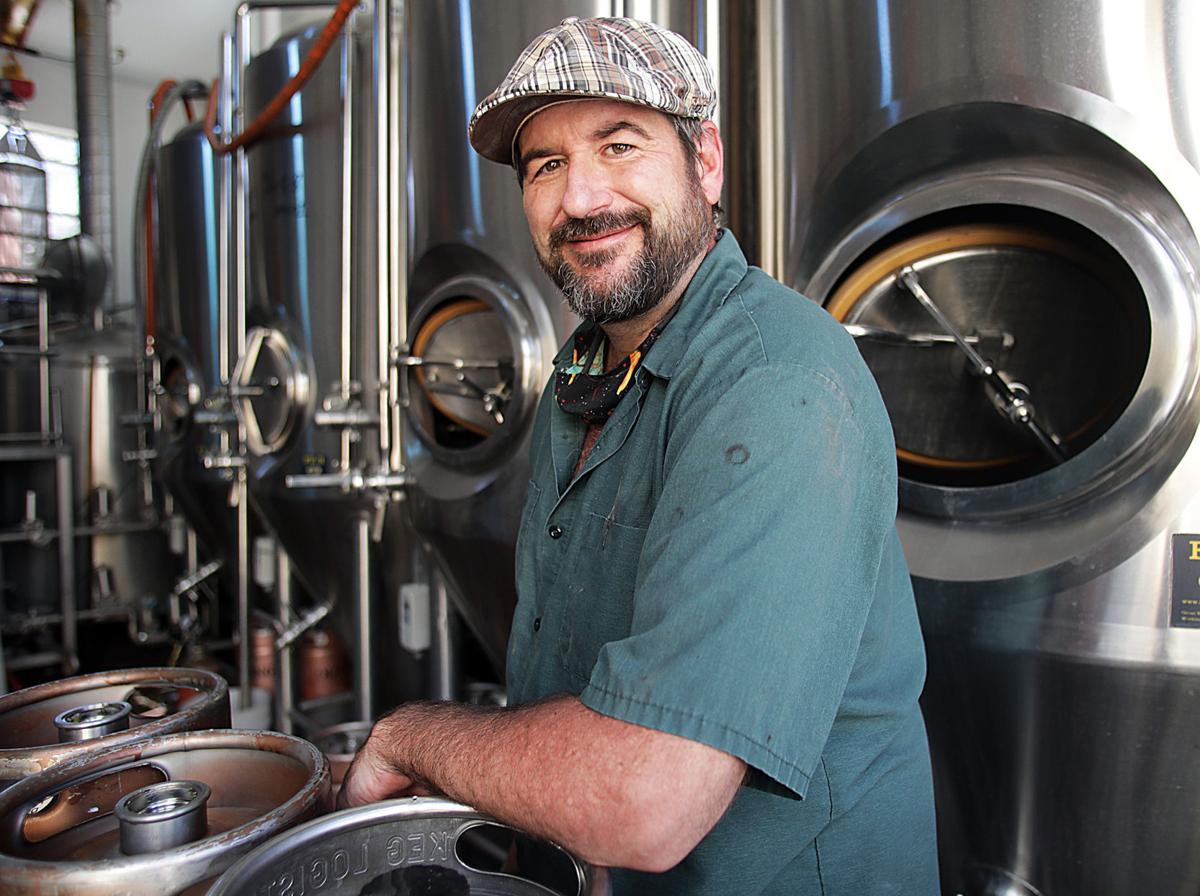 Sam Panther is the brew master at the Old Bisbee Brewing Company.

Drummer Sam Panther has been a musician since receiving his first drum set at the age of 13.

Sam Panther is the brew master at the Old Bisbee Brewing Company.

Throughout the years, beer and bands have gone hand in hand. Almost 10 years ago, I started playing in a band with local Old Bisbee Brewery brewmaster and drummer, Sam Panther.

Sam has been in Bisbee for 20 years and has played with groups such as The Panther Family Band, Green Machine, Big Demons, One Ghost, our band Fatigo — and most notably, with his legendary late uncle, Buzz, and the Soul Senders.

I’ve always loved Sam’s relaxed musical approach. On any given night, while playing, his eyes are closed. It seems like he is completely engaged in the moment. He plays “behind the beat” when necessary and really anchors the song, which as a performer, I really appreciate, since I have a tendency of rushing the beat. I’ve learned that if I’m feeling a little anxious during a performance, by just just “sinking” into where Sam is in the song and taking a deep breath, things usually fall into place. Even if things go off the rails, his relaxed vibe brings everything back in a nice, Zen-Like way.

I met up with Sam at his “office” (brewhouse) at Old Bisbee Brewery. He’s been working and brewing at OBB for about five years. Though completely unqualified, I worked under Sam for about a year. I learned the basics of beer making, how to properly lift a keg and what valve NOT to open.

The patio of the brewery has become a great spot to catch local and touring bands, including many of the bands Sam drums in.

My first question for Sam was, “Can I have a beer?” Once that was addressed, we moved onto the beginnings of his life as a drummer.

Sam began playing drums in York, Pennsylvania when he was 13 years old. “I was following around this musician from New Orleans that lived on the same farm we did, and he convinced my father that I was a drummer,” Sam reminiscences.

“I came home from school and my dad was like ‘we’re buying a drum set’ and that’s the first day it happened.” He wishes he still had that first drum set, he said.

Sam eventually attended the Musicians Institute in Los Angeles, where he studied jazz and pop music, at one point connecting with famous jazz instructor and player Carl Schroeder.

In working with Sam, I had a chance to observe his creativity feeding into his brewing. Also, I learned, as in art and music, the appreciation of “happy accidents” is sometimes necessary in the crafting of beer.

I feel, Sam is kind of a “Mr. Miyagi” of beer — and of drumming for that matter. He credits Derrick Ross of the late Bisbee musical duo, Nowhere Man and a Whiskey Girl, as a big encourager of his interest in brewing. Derrick would say, “why drink six mediocre beers, when you could have one really great one?”

“But why were there six stuffed in his pockets,” Sam says with a laugh.

Sam’s first batches of beer (Are they called batches? I feel like I should know this) were created through trial and error with his wife Daniele in a house off the grid at the top of Juniper Flats. “We chilled it with caught rain-water, that was the first one.” Sam said.

He experimented with different ingredients such as mushroom tea and tri-cones and more for about two years before starting at Old Bisbee Brewery.

One of Sam’s recent beer creations pays homage to his late Uncle Buzz. It’s an imperial stout with a touch of honey added at the end of the process. Anyone who knew Buzz, or saw him perform, knew of his big personality on and off-stage. He had an ability to deliver dark humor with a sweet smile.

Buzz and The Soul Senders were an upbeat R&B band that often filled the dance floor in Bisbee club St Elmo’s, and played festivals in Phoenix, New Mexico and Memphis. Buzz also founded the Bisbee Blues Festival, which continued for a few years after his passing.

A great example of Buzz’s sound is a song, “Blue is the Hottest Part of the Flame,” which can be found on Youtube. I feel blending a big dark stout with a touch of honey is the perfect way to remember the late 6’7” singer.

“Lot’s of creativity and no gigs,” Sam said when asked about his downtime during the pandemic. Sam has been making the most of the recent situation by recording with one of his bands, One Ghost, and writing music with another, Big Demons.

Both bands share members and have a diverse array of styles that touch on ‘70s rock, ‘90s alternative, intertwined throughout catchy songs. Sam seems grateful for this time to be creative and productive.

In addition to playing with Big Demons and One Ghost, he has found time for collaborations with Bisbee artists Melissa Reaves and Philip Bynoe

I was shown a sample of a song they recently recorded in Lowell. It has a dark, heavy sci-fi sound, with a hint of humor thrown in. It sounded like something you would hear in the score of movies, like “Predator” or “Alien” — or “Alien vs. Predator” maybe?

The newest development in Sam’s brewing career is an expansion to distilling gin. He’s developed a product called Bisbee Blue Gin, which will soon be widely distributed in the area.

“Attention to detail, respecting process, staying engaged over long periods of time,” Sam said about similarities in brewing and making music. “You have to be able to give and then give some more, and it starts to give back.”

With all of the musical and beverage concoctions he has produced, Sam has definitely “given” to the community. Sounds like he’s ready to give more.

Mike Montoya has been a Bisbee musician for more than 15 years. He can be reached at mike.montoya@myheraldreview.com.