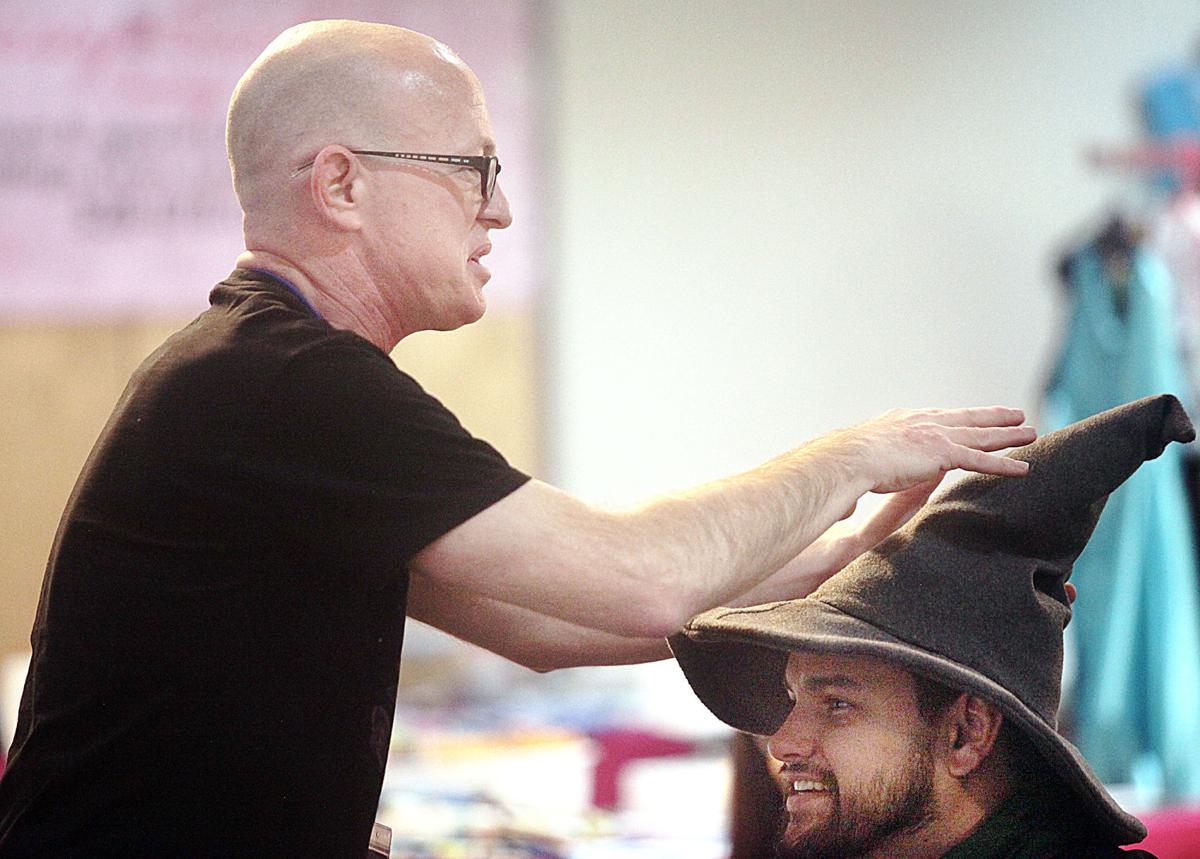 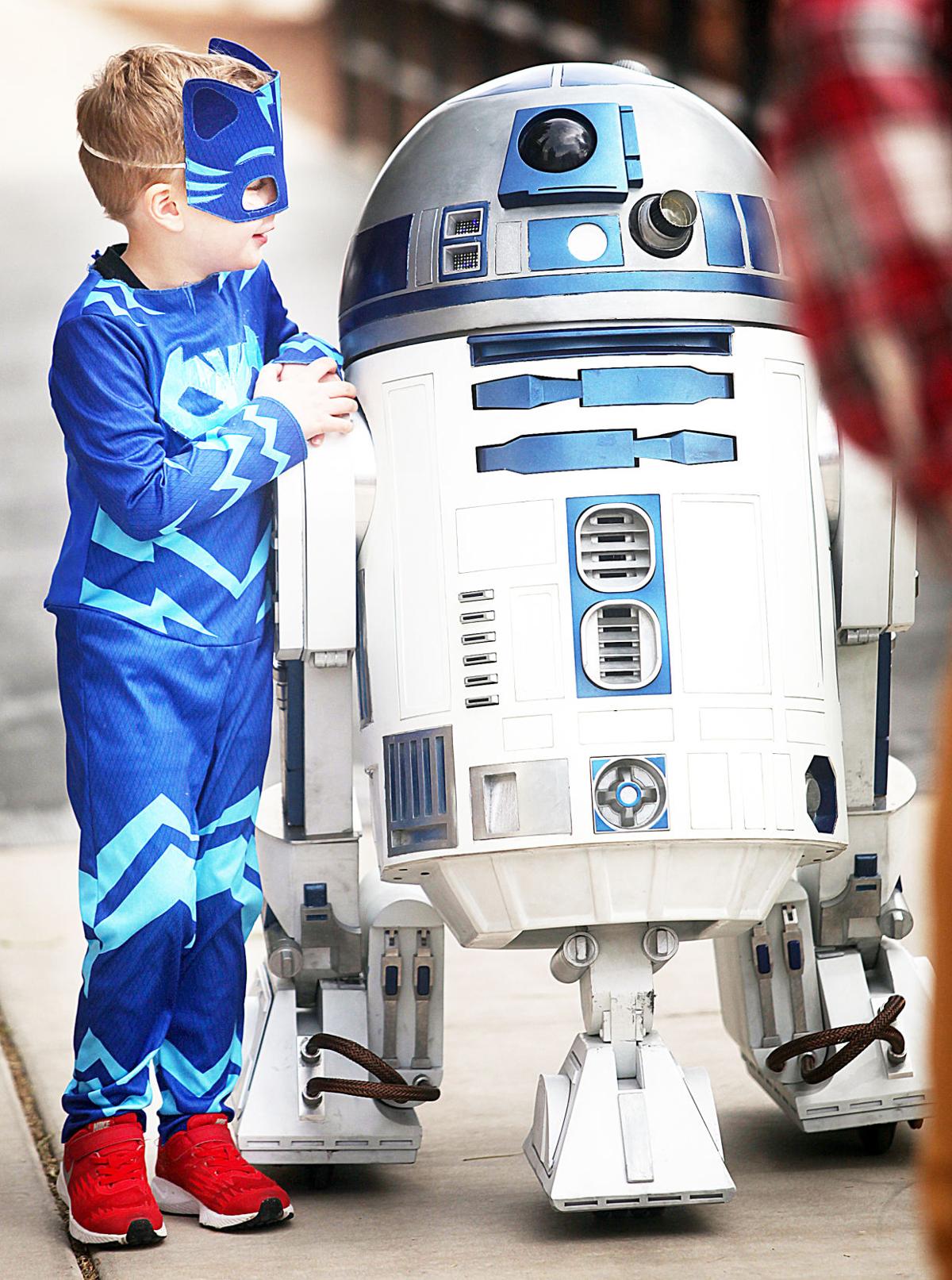 Bryson Gallagher gets up close and personal to R2-D2 during last year’s Comic Con. 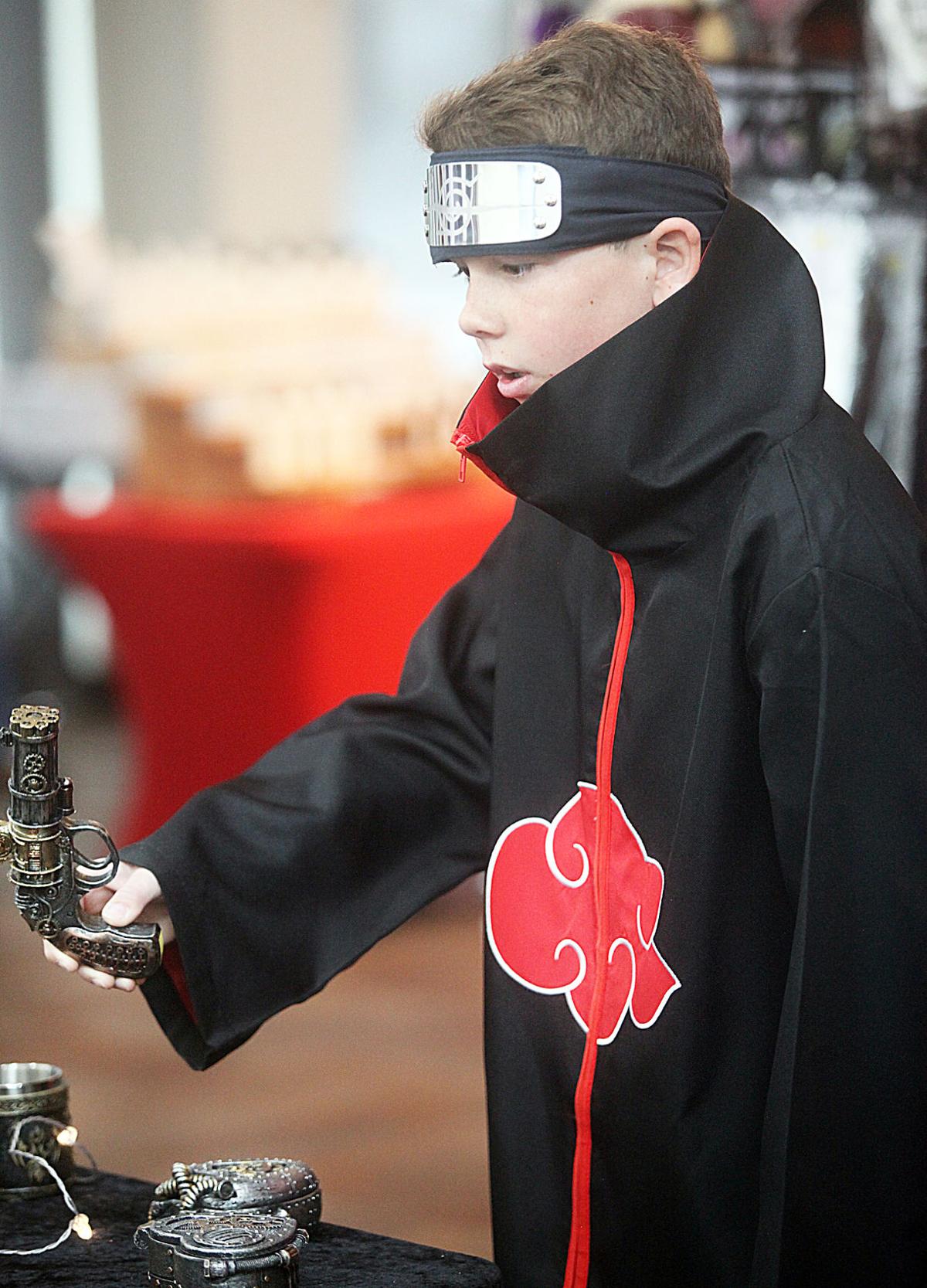 Prepare to see members of the Akatsuki and many other cosplayers at this year’s Cochise College Comic Con.

Bryson Gallagher gets up close and personal to R2-D2 during last year’s Comic Con.

Prepare to see members of the Akatsuki and many other cosplayers at this year’s Cochise College Comic Con.

Attention, anime aficionados, fantasy fans, gamers and geeks — you’re not going to want to miss this.

Cochise College Comic Con, or C4, the annual gathering of the geeks, launches for its fourth time on Saturday and Sunday with a lineup that should please members spanning many different fandoms.

Ron Hyde, an adviser for the college’s digital media arts club, said the group had been going to the comic convention in Phoenix every year when they decided to “keep the money local” and host their own comic con instead.

“Originally, we just contacted local artists and vendors and stuff like that, but it’s at the point now where we have people coming in from Los Angeles, San Diego, Texas, New Mexico — so it’s a whole festival,” Hyde said in an interview with the Herald/Review earlier this week.

The two-day event kicks off at 9 a.m. Saturday at the college’s Sierra Vista campus, with the first scheduled panels set for 10 a.m. with Star Trek and Kingdom Hearts the topics for some of the first nerd-out sessions.

Cosplayers, both those just getting started in the art of dressing as their favorite fiction characters and veterans of the craft, will find plenty of talks and events to display and improve their creations.

Several groups, including the Star Wars 501st, Mandalorian Mercenaries, the Justice League of Arizona and the Southern Arizona Star Trek Federation will all be in attendance, as well as many individual cosplayers to pose for photos and chat between panels.

Featured guests include Derek Stephen Prince, Paul St. Peter & Quinton Flynn, who in addition to the aforementioned Disney-based role-playing game Kingdom Hearts, have been featured in hundreds, if not thousands, of other shows, games and movies between them.

“We do have three big Hollywood guest stars that are coming in,” Hyde said of the trio. “So we’re going to have panels with them — it’s going to be great.”

Prince is best known for his roles in animes such as “Naruto,” “Bleach” and “Kill la Kill,” Flynn has appeared in household name games such as “Sonic the Hedgehog” and “Metal Gear,” and St. Peter has appeared in the animes “Trigun,” “Bleach,” “Cowboy Bebop,” “Hunter x Hunter” and “One Punch Man.”

In addition to panels focused on the works they have appeared in, each actor will also conduct a featured Q&A where they will field moderator and audience questions on any just about any topic that comes up. Autograph and meet-and-greet sessions will take place after the featured panels.

Parents be advised, Prince’s panel at 6 p.m. on Saturday is for 18 and older audiences, as it will feature “adult language and themes.”

In between the numerous panels and events over the weekend, a myriad of activities will keep attendees busy, including several escape rooms, a virtual-reality room, and an “alien abduction” room. Dozens of vendors and food providers will also be on hand to help fill your collection, and your belly.

Hyde said it wouldn’t be possible to hold such an event without the support of the community, which has many gamers, comic book, sci-fi and fantasy and other fans.

“We are so appreciative to the whole community, because every year they come out and support the event,” he said. More than 1,000 people showed up last year, and Hyde said they hope for “an even bigger number” this year.

Ticket sale proceeds — Hyde noted the proceeds are donated to a local charity each year — will go to the nonprofit CANTER. CANTER “provides equine assisted activities to individuals with disabilities in Cochise County,” according to its Facebook page.

Tickets are $12 for one day or $20 for both days, with military members paying $10 and kids 12 and under admitted free. Tickets can be purchased at the event or in advance at cochisedmac.com/c4-comic-con. A full schedule of panels, guests, other events and more can be found there, as well.

A full schedule of events can be found at cochisedmac.com/c4-comic-con