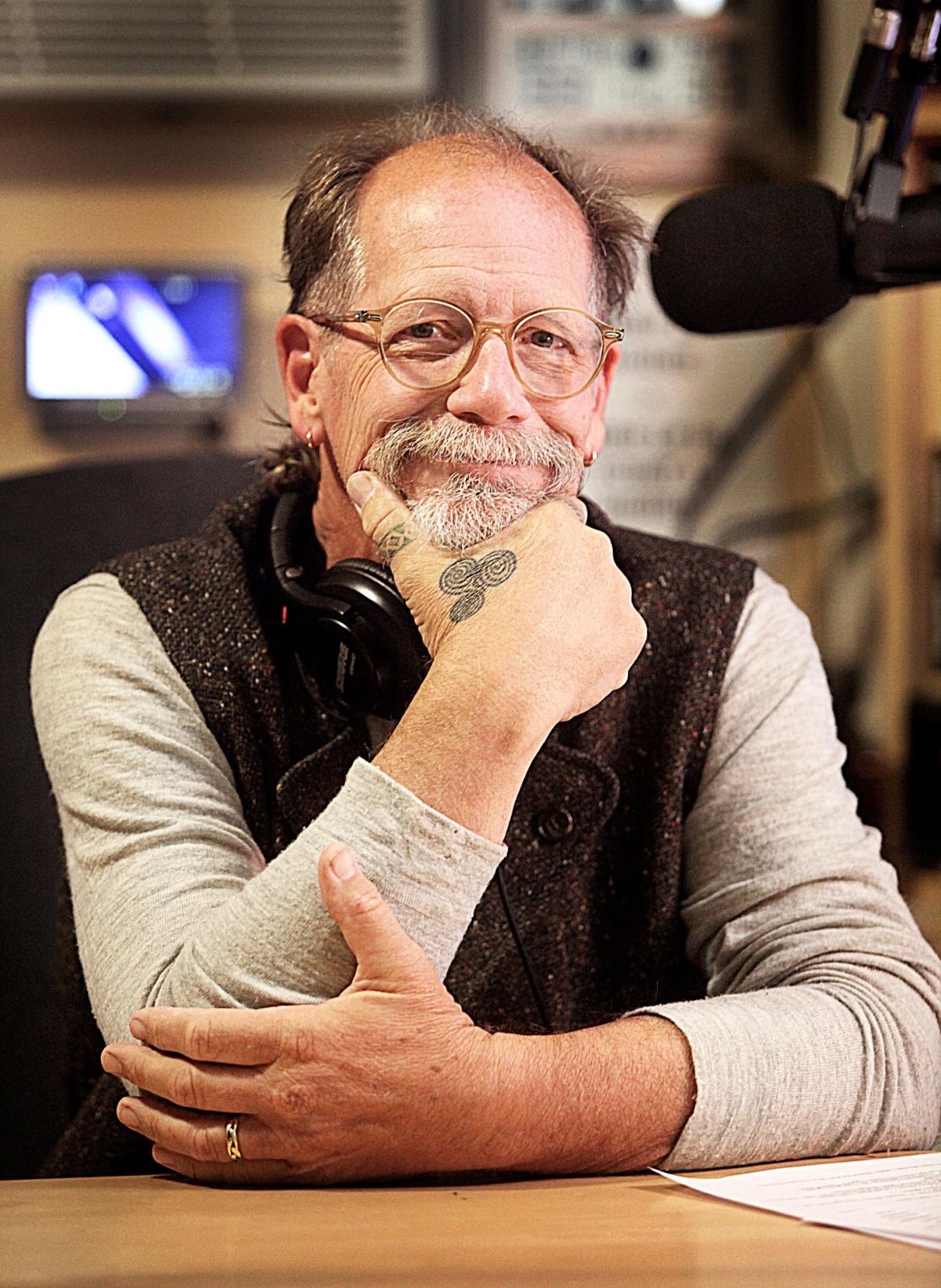 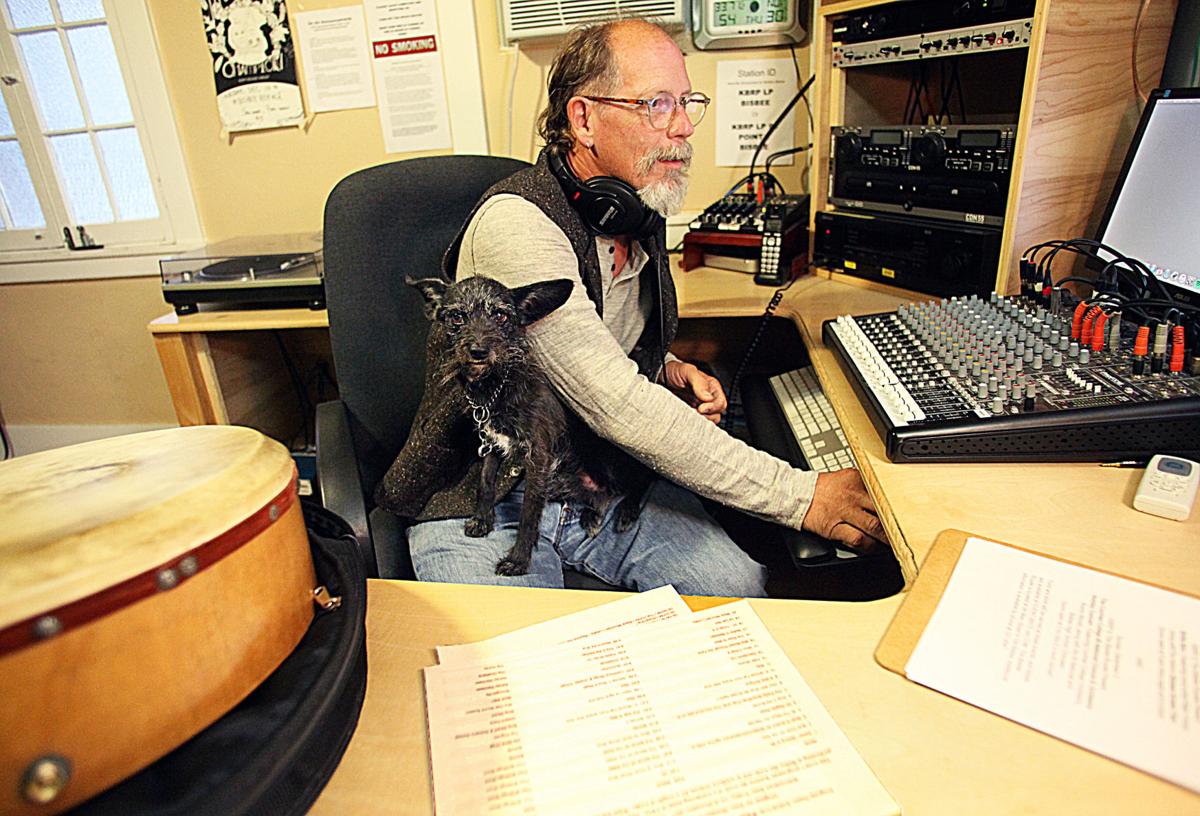 Jim Mahoney’s 9-year-old dog, Finnegan Brown, always accompany’s him when he broadcasts his EclectiCelt radio show on Monday’s at 8p.m. 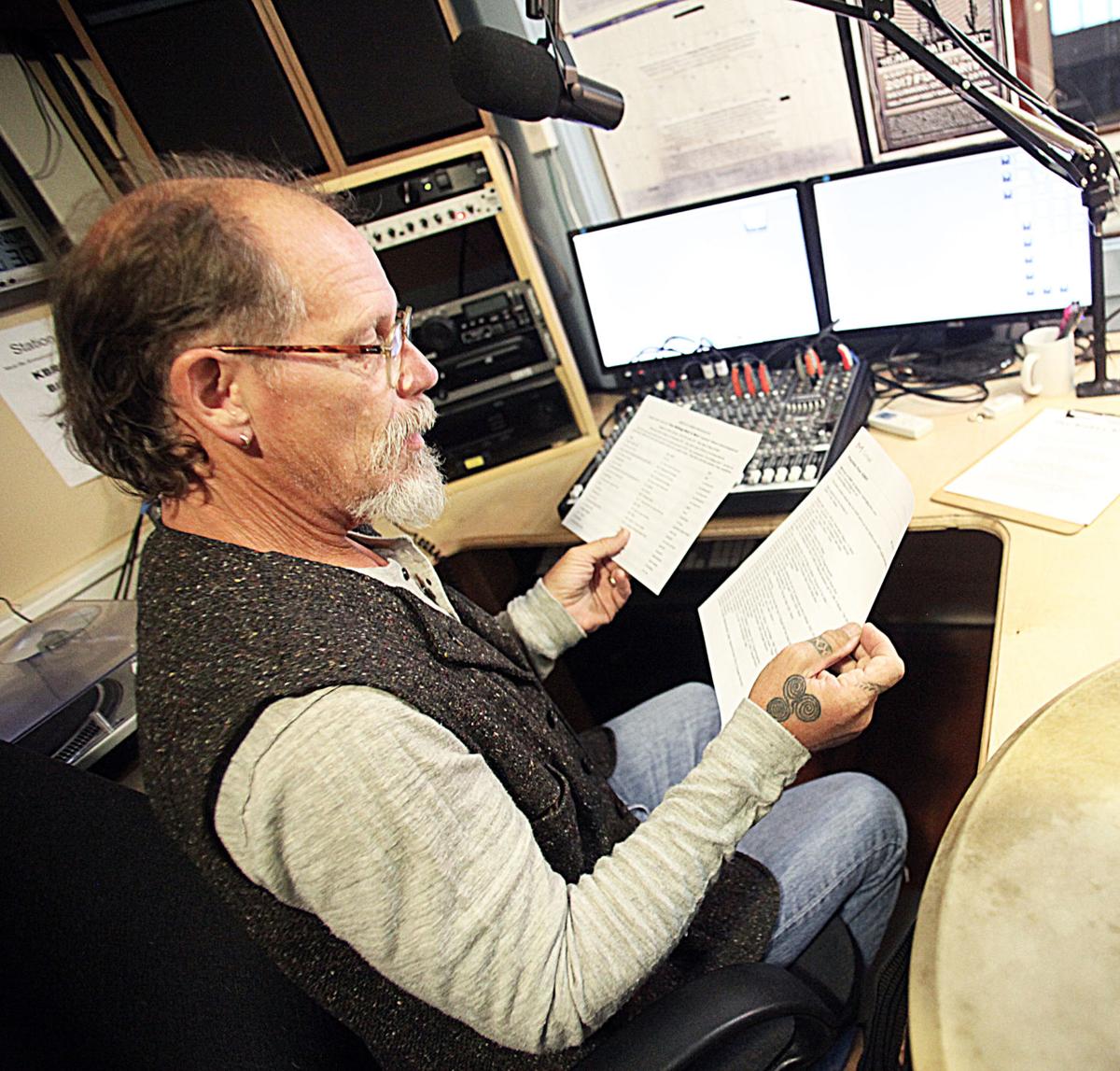 Jim Mahoney uses a different theme each week for his radio broadcasts. Each Mondy show is rebroadcast on Friday’s. 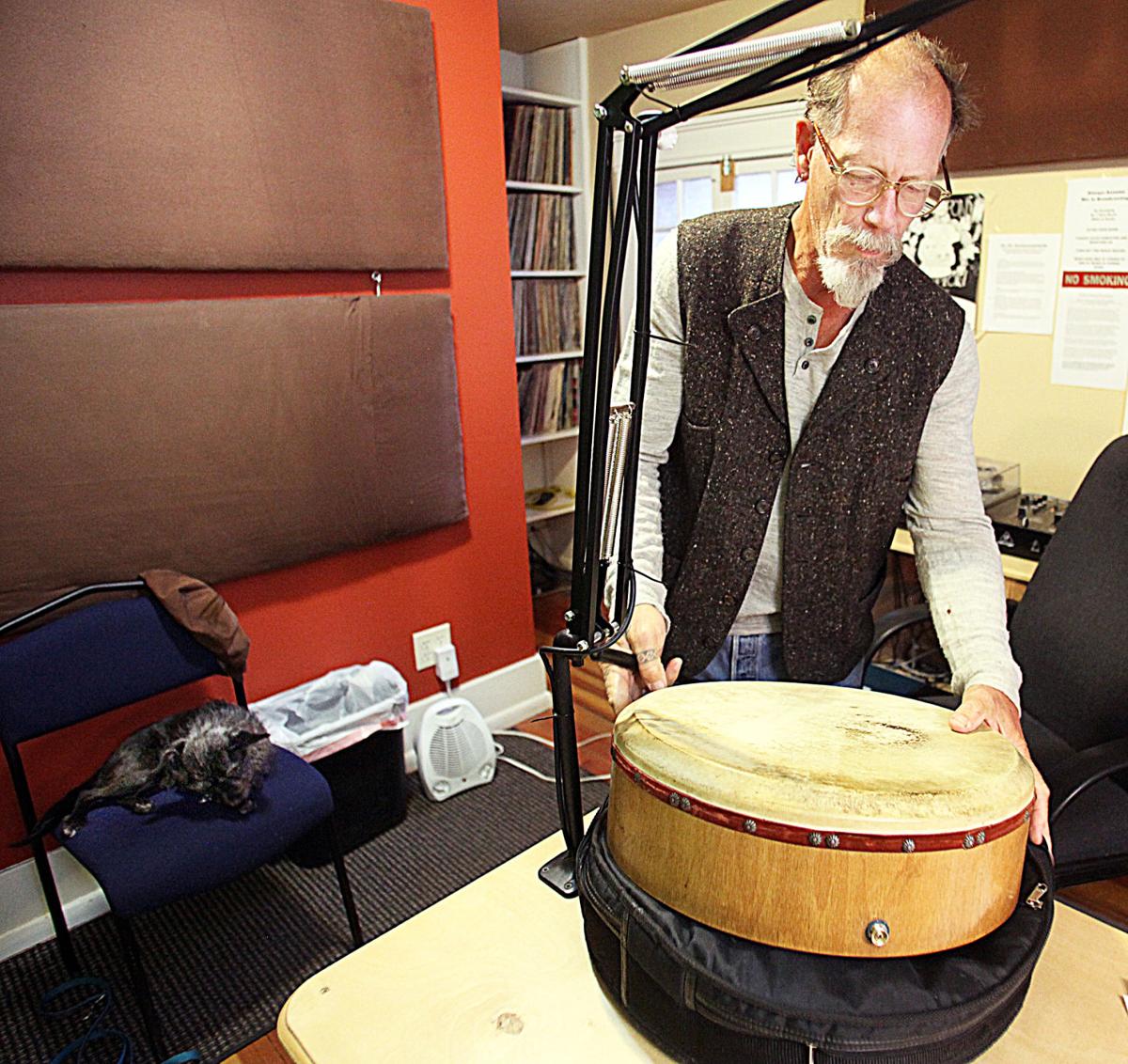 Jim Mahoney unpacks his bodhrán while in the KBRP studio recently.

Jim Mahoney’s 9-year-old dog, Finnegan Brown, always accompany’s him when he broadcasts his EclectiCelt radio show on Monday’s at 8p.m.

Jim Mahoney uses a different theme each week for his radio broadcasts. Each Mondy show is rebroadcast on Friday’s.

Jim Mahoney unpacks his bodhrán while in the KBRP studio recently.

Called Eclecti-Celt, his weekly show highlights the music, prose, poetry and news of the Celtic areas of western Europe; Brittany; the British Isles countries of Ireland, Scotland, Cornwall and Wales; as well as the Celtic diaspora.

Next month, Mahoney will celebrate the 13th anniversary of his first show. The program is broadcast live Monday nights from 8-10 p.m. on 96.1 FM and rebroadcast on Fridays from 1-3 p.m. It is also livestreamed on KBRP’s website.

“The Friday time slot works well for listeners on the East Coast,” noted Mahoney, who estimates he’s done about 450 original shows over the years.

The playlist for each week is based on a theme because “the songs and the tunes were composed with thematic elements in mind,” Mahoney said.

His program the week of Thanksgiving was based on food, with Mahoney promoting a playlist “in celebration of something precious that was not always within reach.” Other programs have been themed around holidays and influential performers.

And he admits some weeks “the theme is we don’t have a theme.”

The Dec. 4 program that will be rebroadcast today includes a live interview with Aodh Og O’Tuama and Christy Martin, the duo that makes up the wandering band Four Shillings Short. They recently played at the holiday party for the Copper Queen Library on Monday, and have a performance in Tucson on Saturday.

After the interview, Mahoney deejayed in what he called “the old fashioned way, winging it according to what sounds perfectly eclectic-Celtic” at that time.

Mahoney, 62, heard Celtic music while growing up in the San Francisco Bay area through his father’s side of the family because he has Irish blood. “But I wasn’t really interested as there were other musical things happening at the time,” he recalled.

Then, in the 1980s, he heard groups like Van Morrison and The Chieftains.

“I became interested because they took me back to the old music I’d heard but it was being adapted for modern audiences,” Mahoney said. He was attracted to Celtic fusion, which blends the traditional songs and music with other genres such as electric, punk or techno.

“Some traditionalists don’t like the fusion, but it provides a modern relevance that is one of the chief ways the languages are surviving,” he said. “Celtic languages are some of the most endangered in the world.”

Mahoney, who sings and plays the traditional Irish drum called a bodhran, performs Celtic music once a week in the band The Rooks at the Copper Queen Saloon in Bisbee.

“I played for about three years with other local musicians, but then there was a hiatus for about two years,” Mahoney said. “This summer we re-formed as The Rooks, mostly due to Becky’s excitement for sharing the music.”

Becky is Becky Reyes, who plays guitar and provides vocals for the band. She and Mahoney are joined onstage by Cado Daily on flute, whistles and vocals; Jaime Wahl on mandolin and guitar; and Darrell Thompson on the bodhran and percussion.

Mahoney retired in December 2015 after 22 years with the Bureau of Land Management and 17 years before that with the U.S. Forest Service. He has made five trips to Europe in recent years, and says he “really enjoys connecting with musicians around the world who play Celtic music.”

Germany, Chile, and Galicia in Spain.

Eclecti-Celt can be live streamed Mondays from 8-10 p.m. at www.kbrpradio.com/stream.aspx