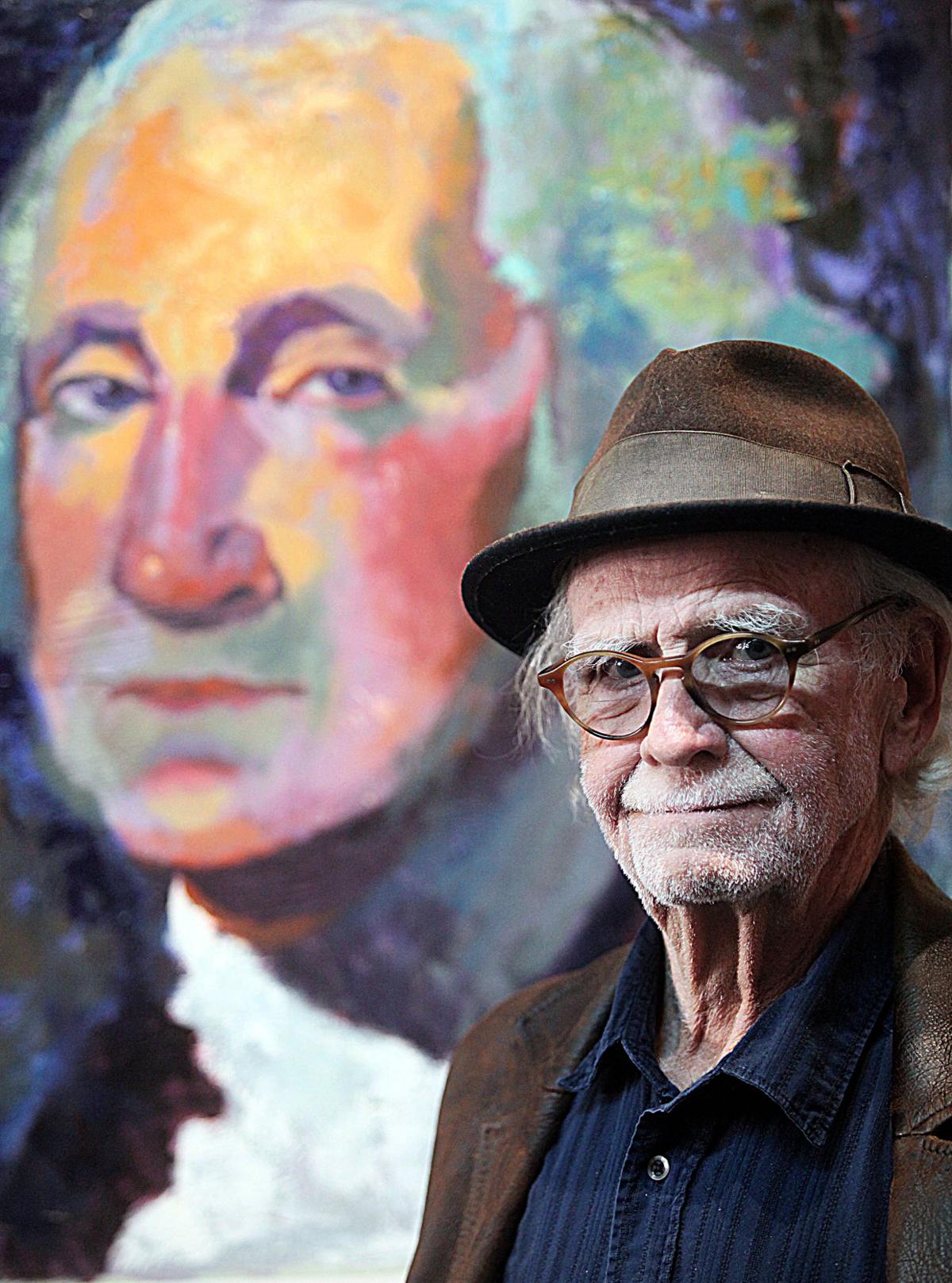 John Thamm has painted presidential portraits of each of the 45 United States presidents. 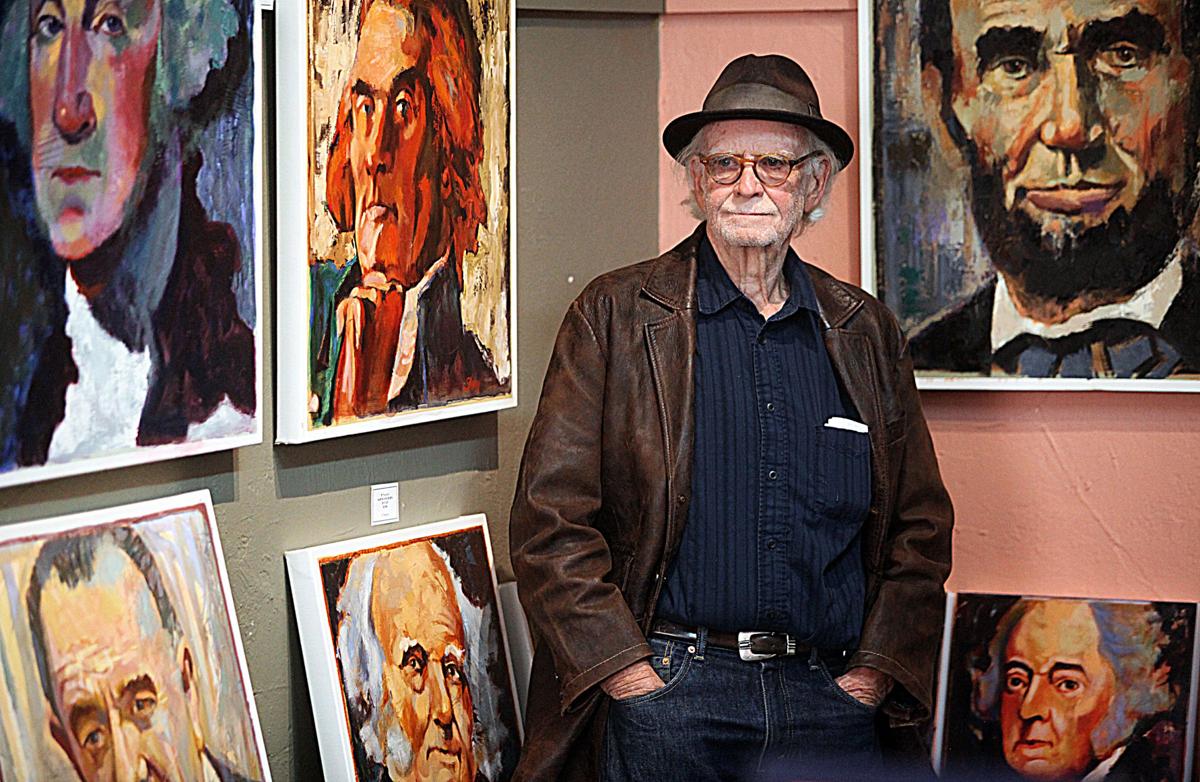 Bisbee artist John Thamm stands in his Main Street gallery. Thamm has painted portraits of all the U.S. presidents. 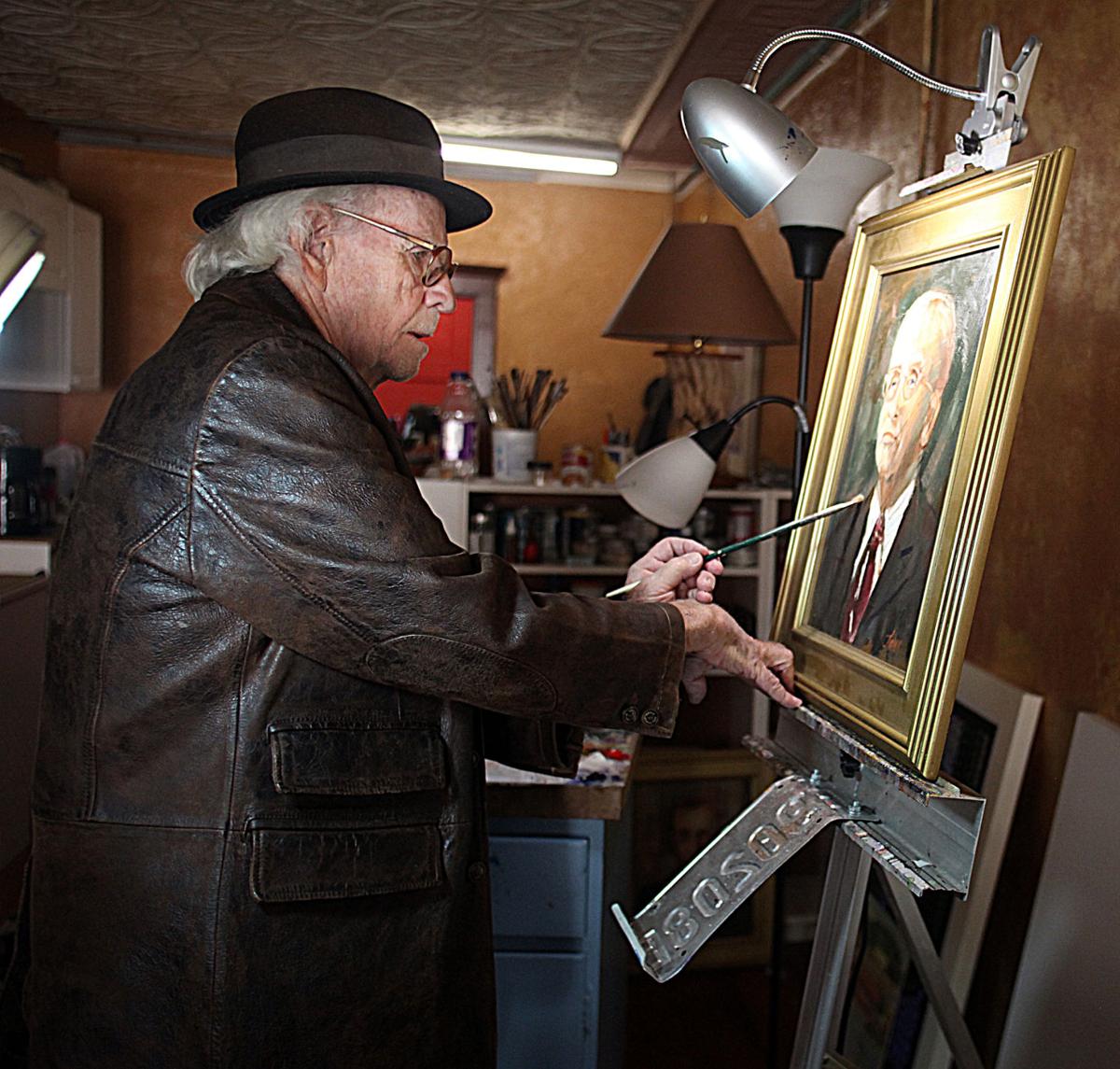 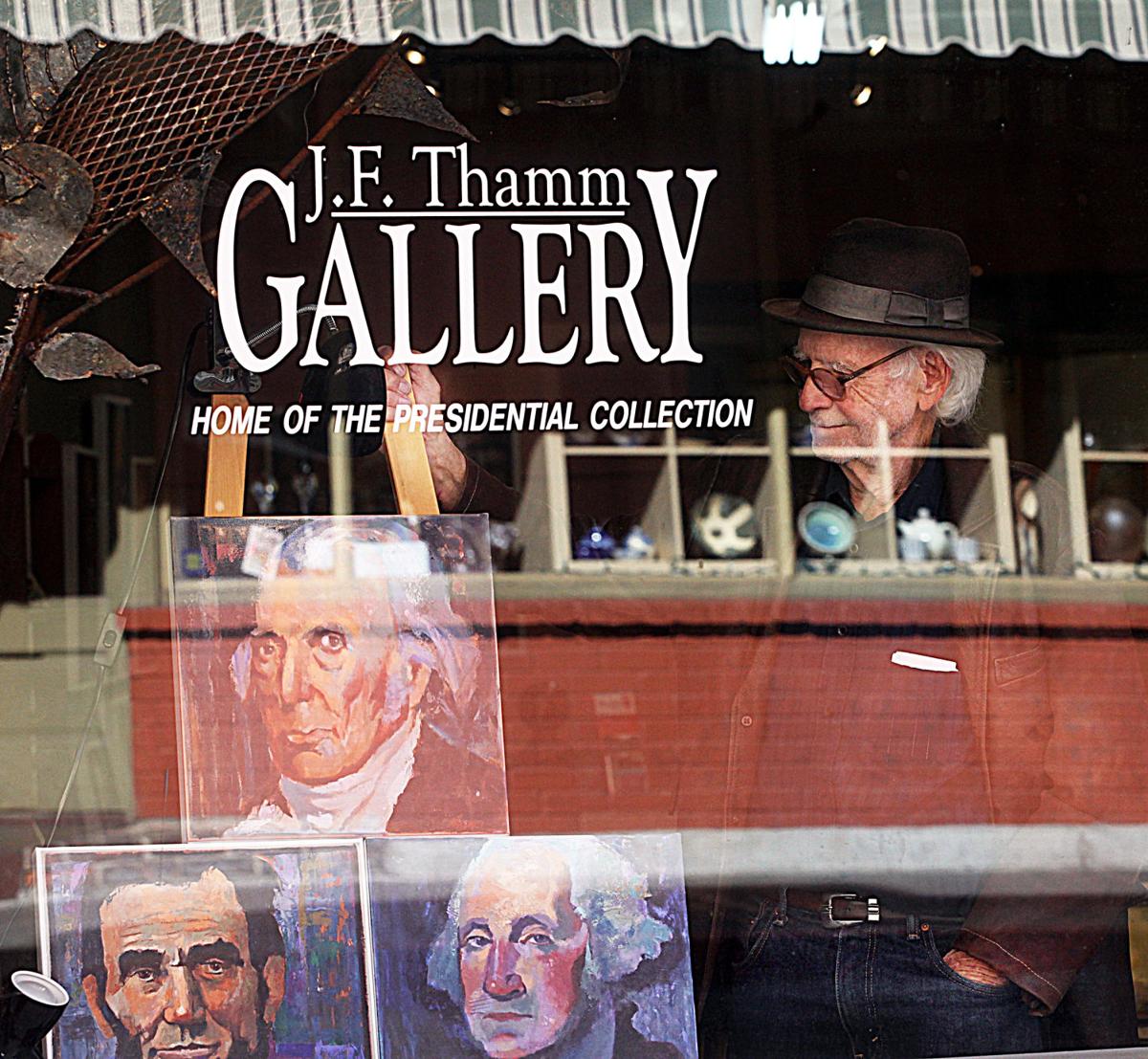 John Thamm stands in his J.F. Thamm gallery earlier this week. Thamm will have a special opening on Presidents Day. 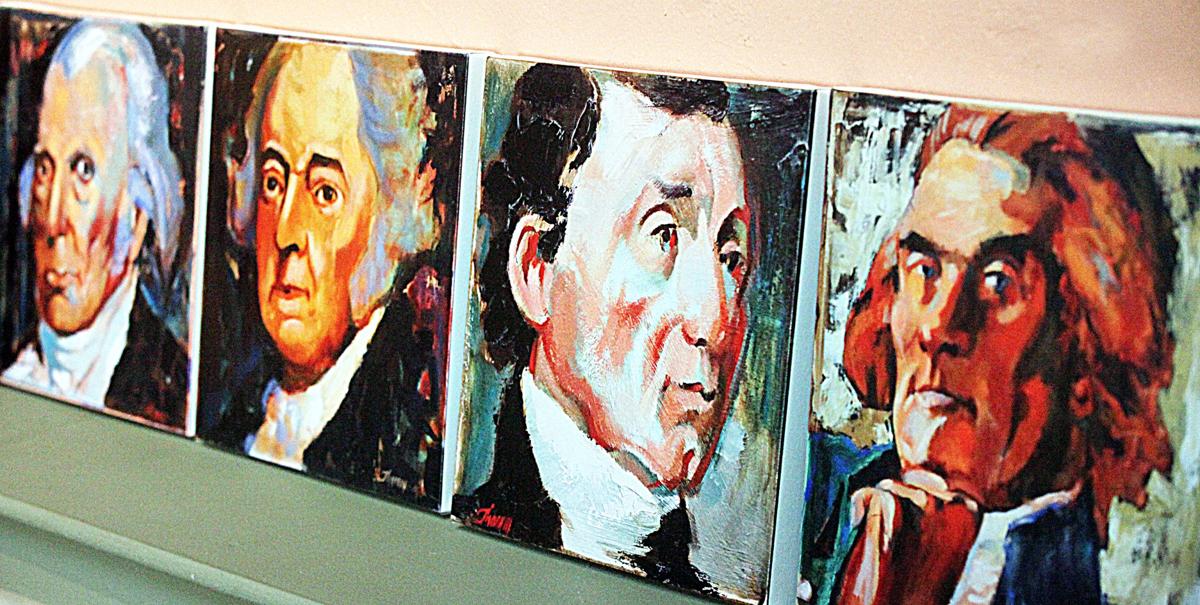 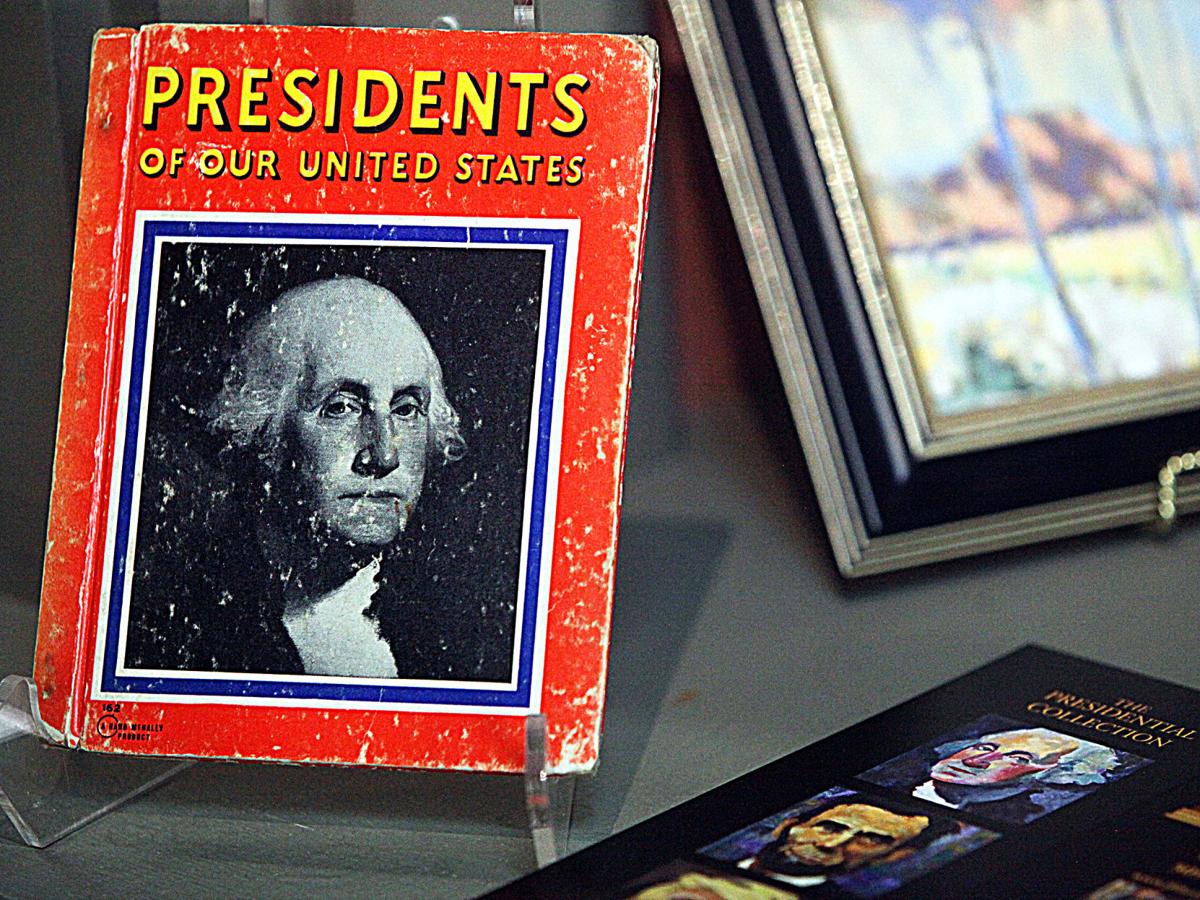 John Thamm’s mother read this book to him when he was a child. 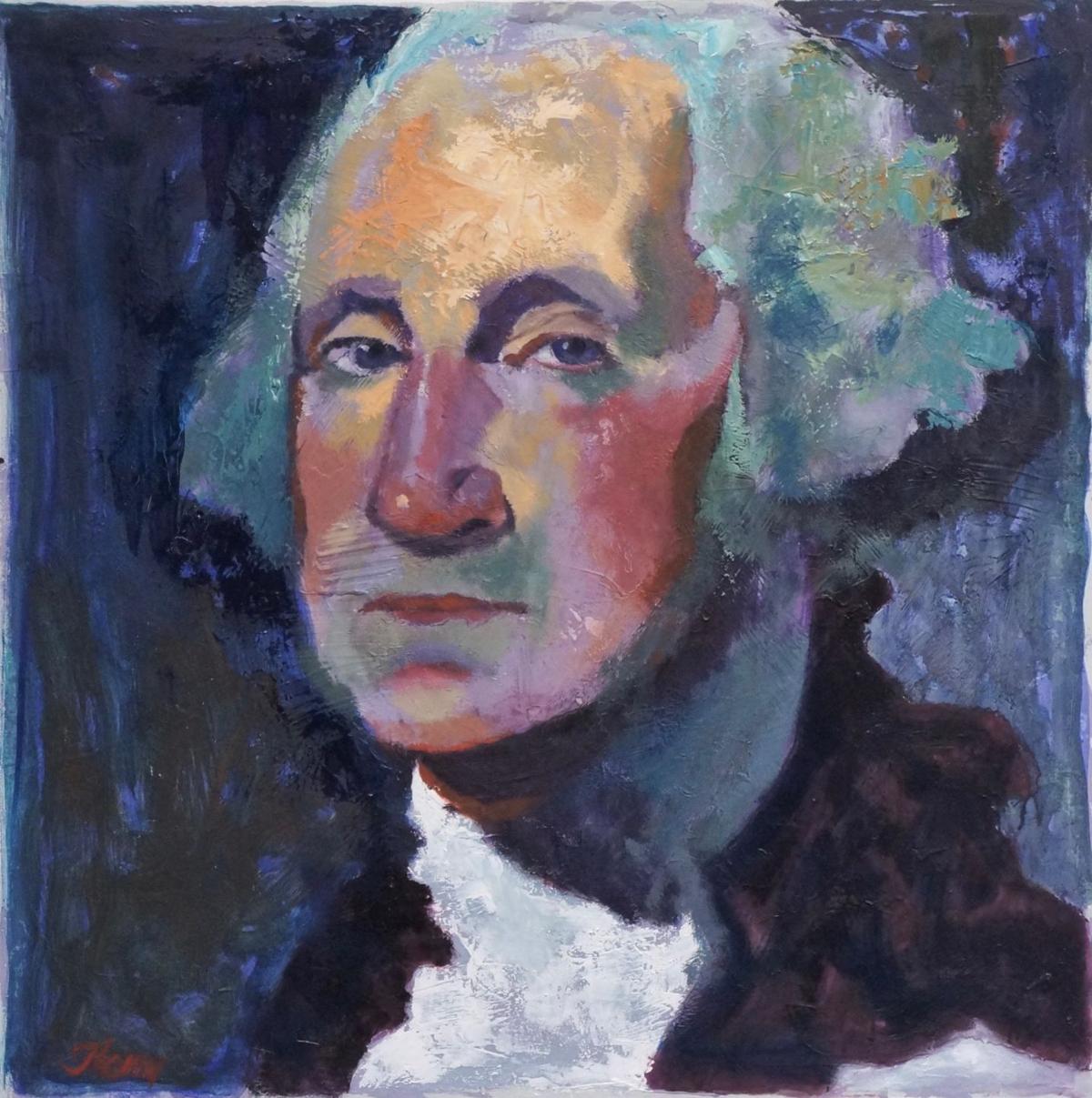 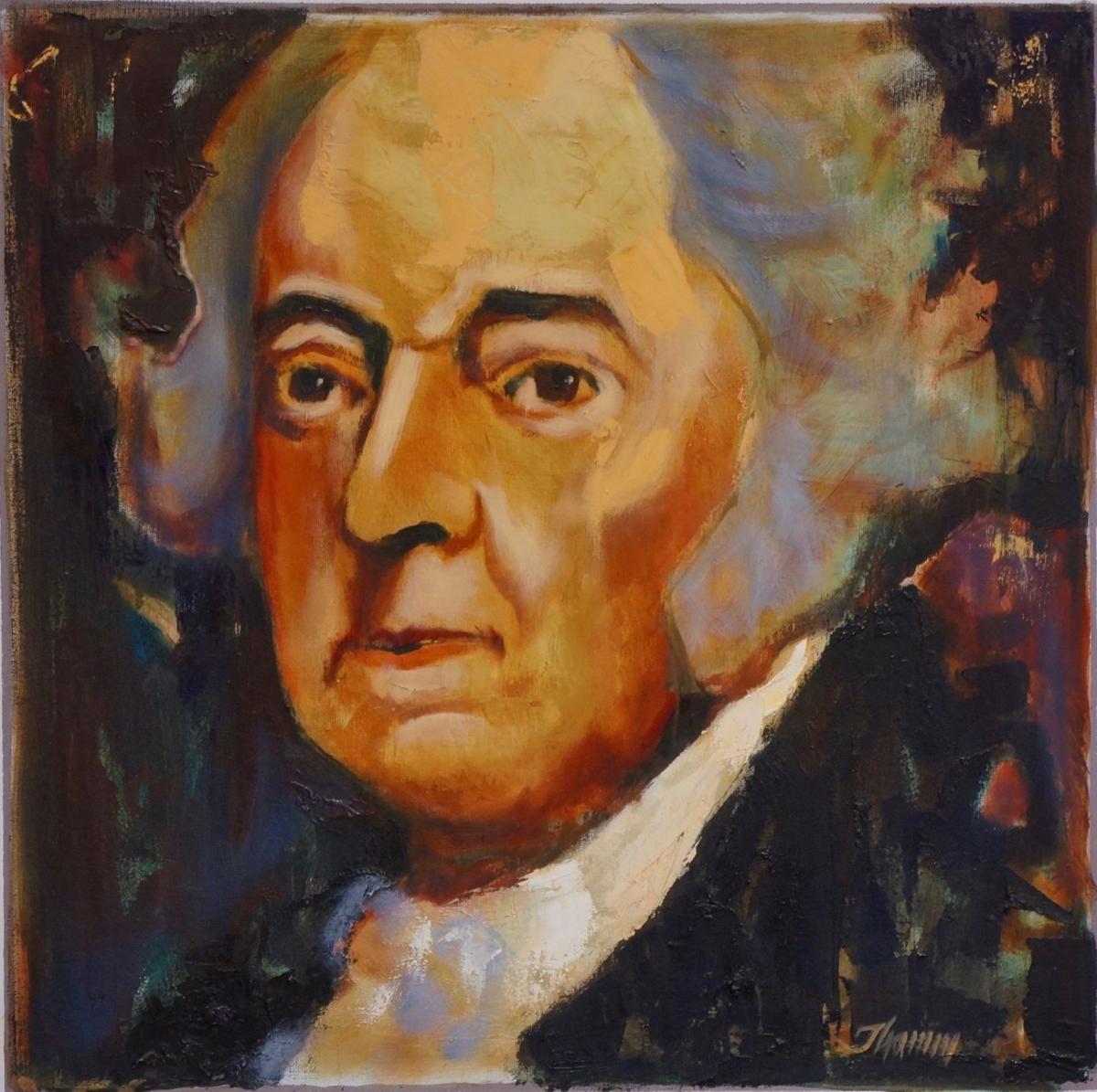 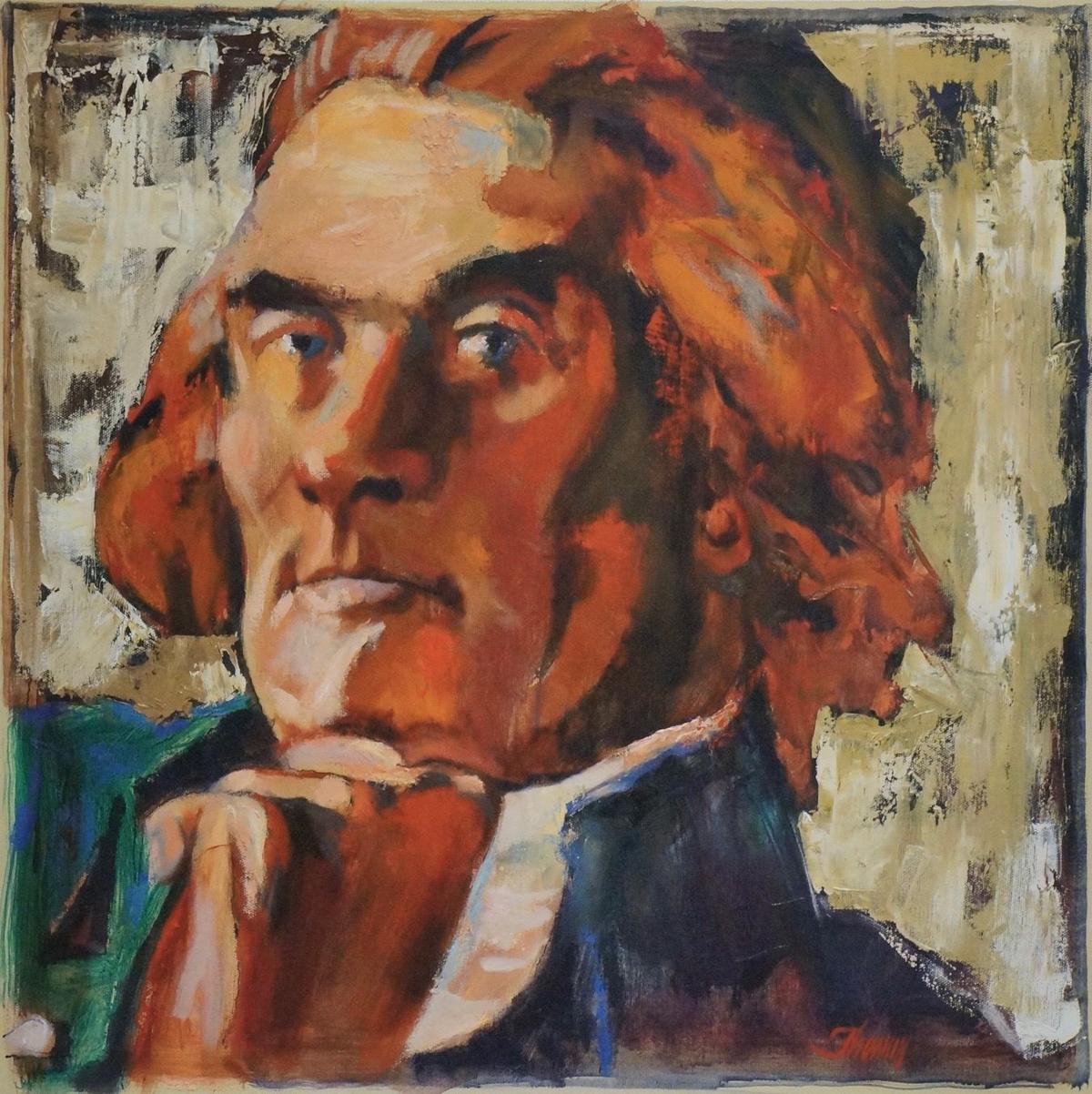 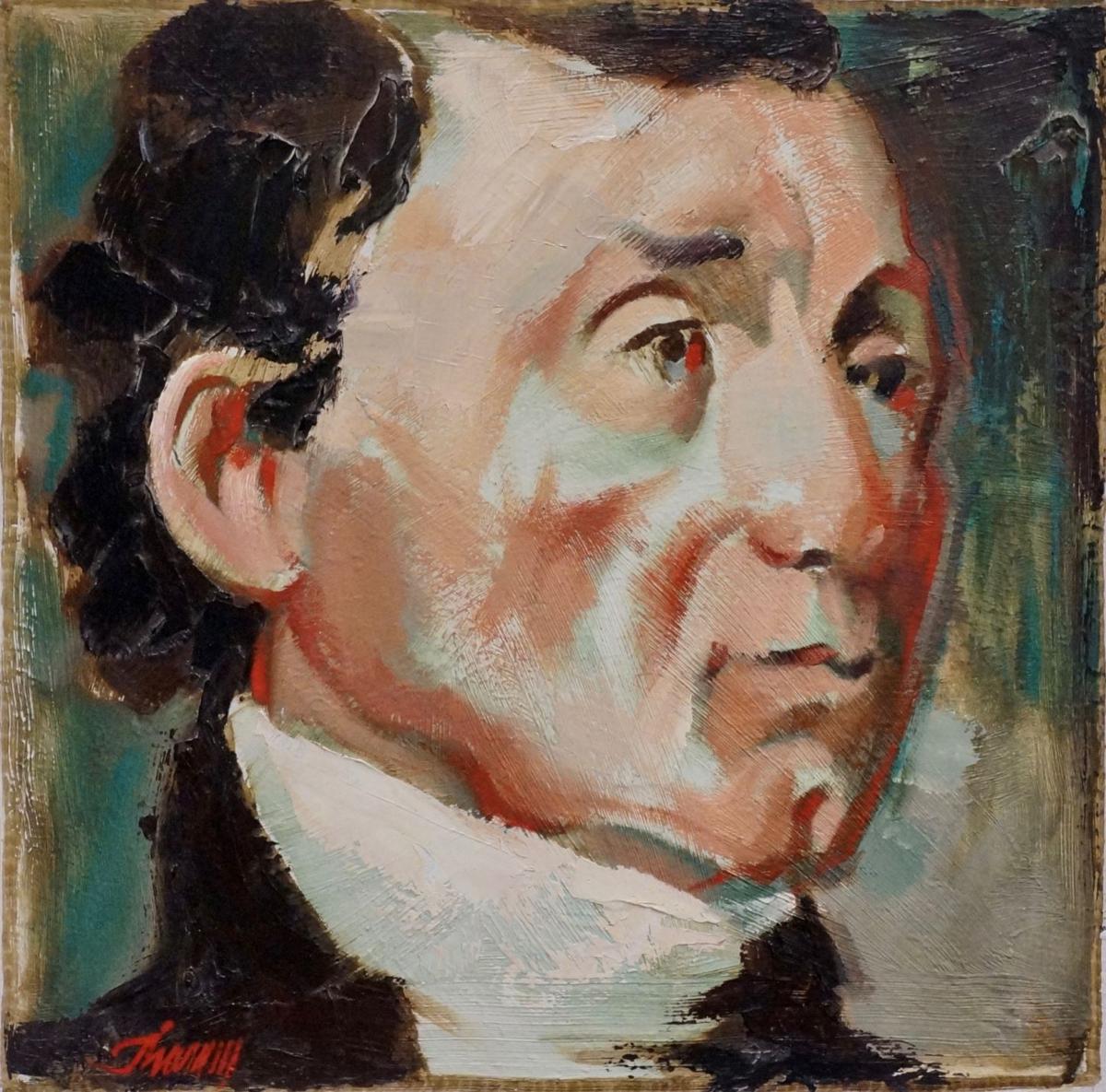 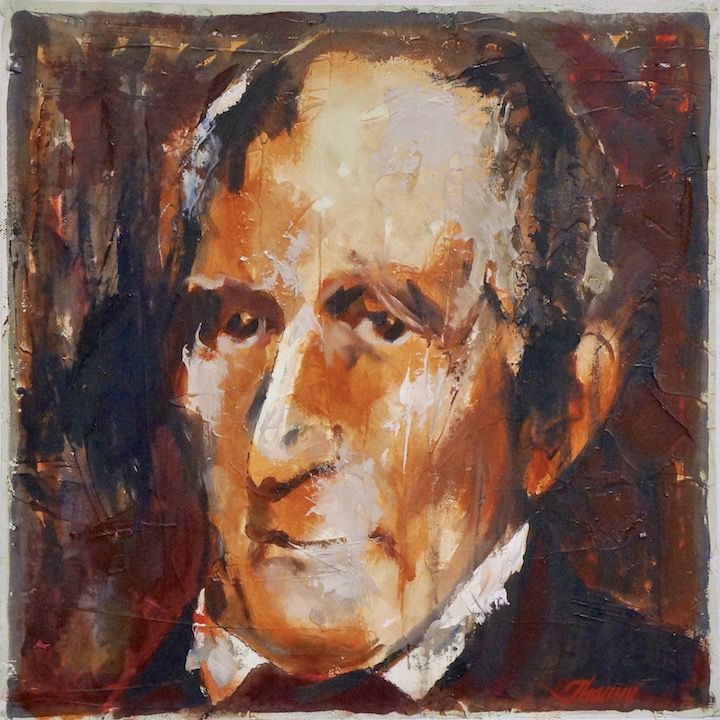 John Thamm has painted presidential portraits of each of the 45 United States presidents.

Bisbee artist John Thamm stands in his Main Street gallery. Thamm has painted portraits of all the U.S. presidents.

John Thamm stands in his J.F. Thamm gallery earlier this week. Thamm will have a special opening on Presidents Day.

John Thamm’s mother read this book to him when he was a child.

BISBEE — A Bisbee artist is playing Hail to the Chief with his paintbrush this month in his gallery.

John Thamm, an 80-year-young expressionist/impressionist, completed vibrant oil portraits of every U.S. president from George Washington to Donald Trump this past fall and has them on display at the J.F. Thamm Gallery at 40 Main St.

The project, he said, came about after he started painting Republican candidates during the presidential election.

“I had so much fun, I decided to keep going and started painting Hillary (Clinton), Bernie (Sanders), Jill (Stein) and (Gary) Johnson,” Thamm said.

Once the works hit the walls, people seemed especially interested in portraits of Trump and Sanders, but Clinton, on the other hand, he said, “didn’t make the cut” with customers.

Either way, the process appealed to Thamm and after finding a small book several years ago while cleaning his garage, he decided to paint all of the presidents that had been in office since he was born in 1937.

“My mother was a schoolteacher. When I was four years old, she would read to me from a small book called ‘Presidents of Our United States.’ I was fascinated by their biographies and loved looking at their portraits,” he said. “Once I completed all the presidents since I was born, I launched into painting all of the presidents starting with George Washington. Using old black-and-white photographs and sepia-toned paintings as studies of their faces, I painted them in vibrant color to bring them to life.”

The process, Thamm said, was an interesting one.

“I jumped around all over. One chunk of information about the individual I was painting would lead me somewhere else. It’s not like any of them sat for me, so I used sepia-toned photos to work from, as selectively as I could,” he said. “It was an exciting way to re-learn American history.”

And trying to remember each president, in order, and their legacy, he said was another benefit to the project. The colors he chose also tell another part of the story.

“Take Gerald Ford here. Initially I painted him in a white suit, but it didn’t seem to fit right … so I swapped it out for a pinstriped suit,” he said.

As a self-described bourgeoisie shopkeeper by day, Thamm spends two to three hours at night at his home above the gallery painting. Each portrait took roughly two sessions to paint.

Since opening the exhibit to the community, Thamm said he’s had a lot of different reactions from folks.

“What I’ve found is that people have a president that they really like or one that they really, really didn’t like. People definitely have less interest in the early presidents, but it’s nice to watch families come in and challenge each other to name all the presidents,” he said.

And though he tried to keep his opinions out of his work, the artist, who spends half the year in Bisbee and the rest in Spokane, Washington, said it was a little challenging at times.

“You try to separate those opinions … sometimes more successfully than others, but sometimes

they just sneak into the situation somehow,” he said with a smile. “I consider myself to be a Libertarian with a lowercase ‘l’.”

Thamm has also found, through extensive research, that he’s the only who has ventured on a project like this.

With that in mind and some especially “itchy feet,” Thamm — who published “Vets: Fifty Portraits of Veterans and Their Stories” in June 2010  — said he’d like to take his show on the road.

“It would be great to showcase this all over the country and maybe start with some presidential libraries,” he said.

In the meantime, locals can see Thamm’s handiwork for themselves.