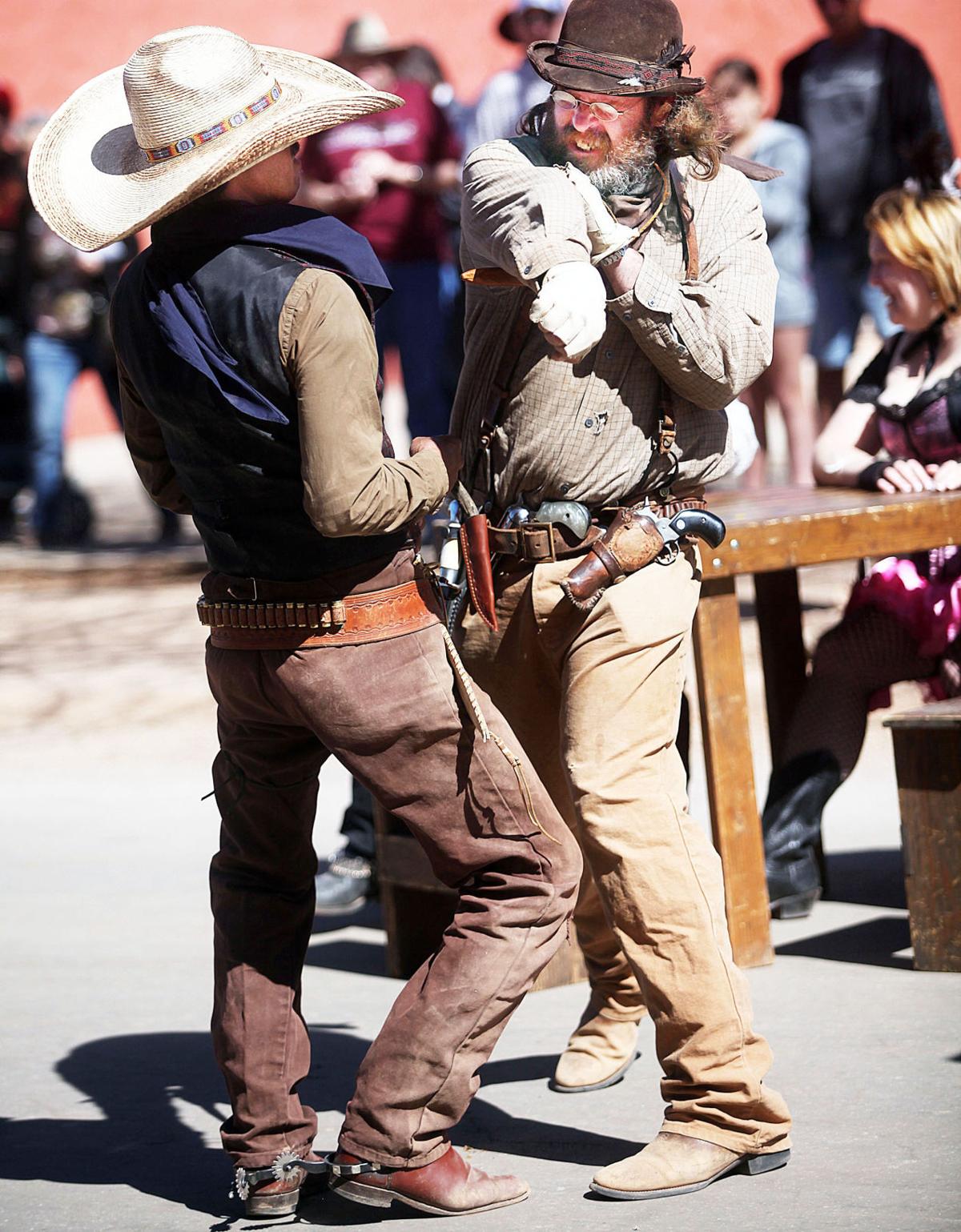 Members of the Tombstone Gunfighters perform a skit on Allen Street during a Wild West Days weekend in Tombstone. 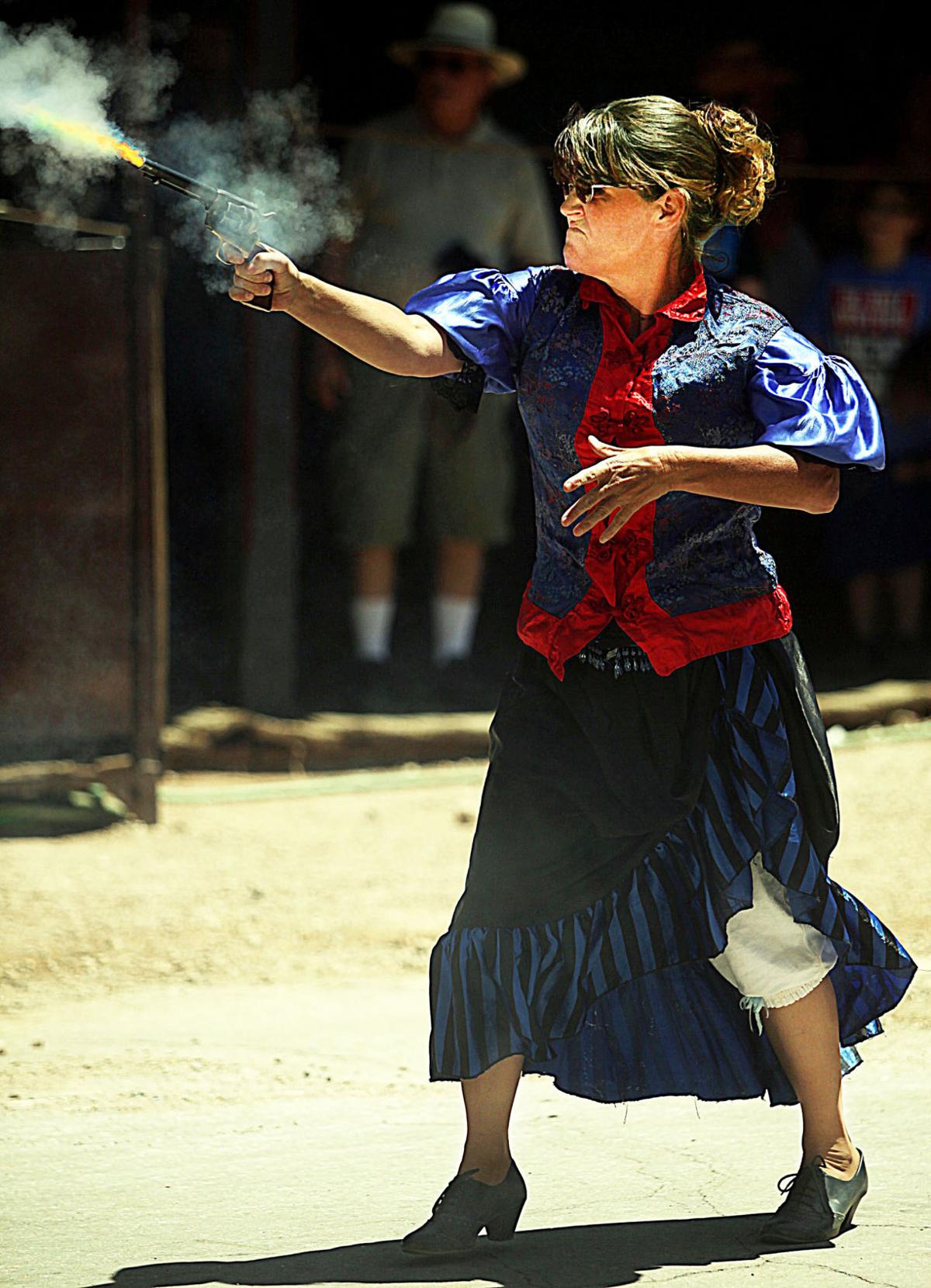 Tombstone Vigilante member Lorelei Redmond performs with her troupe as they entertain a crowd in Tombstone. 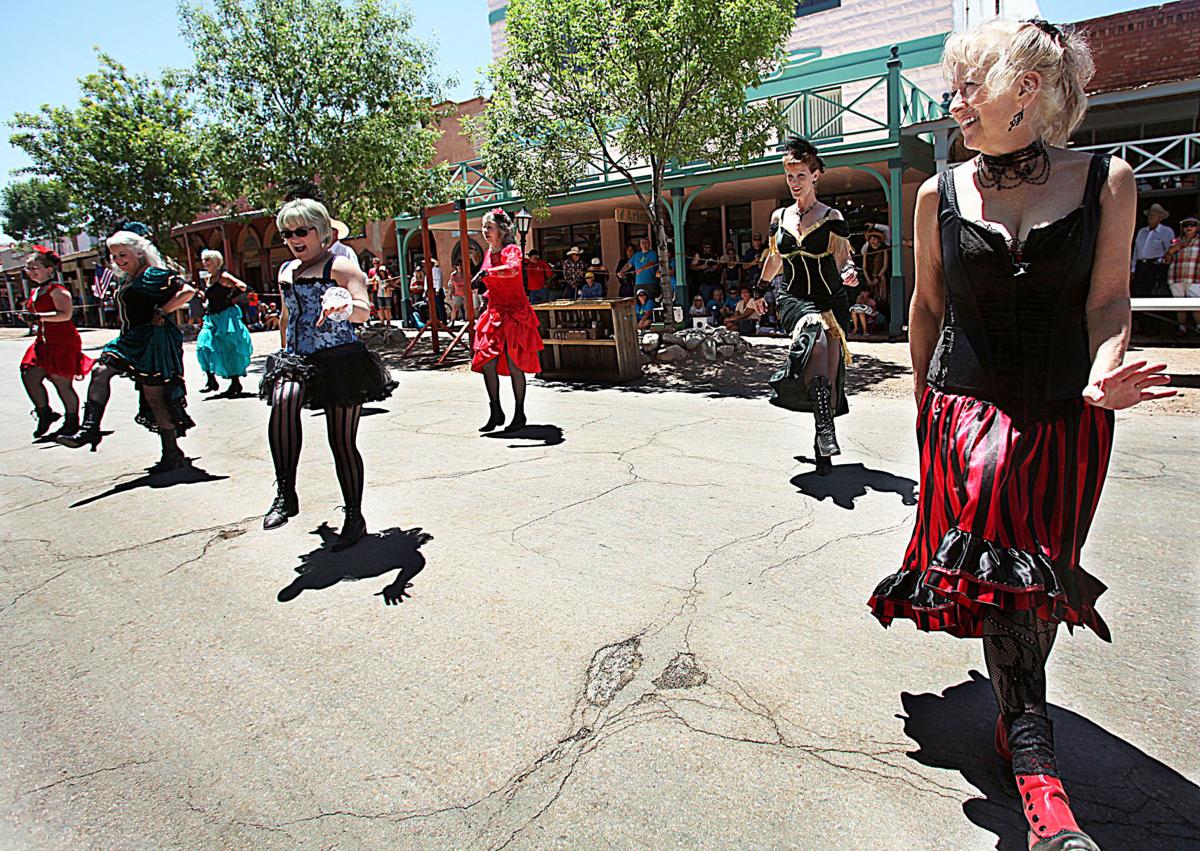 The Trashy Women of Cochise County entertain onlookers in Tombstone. 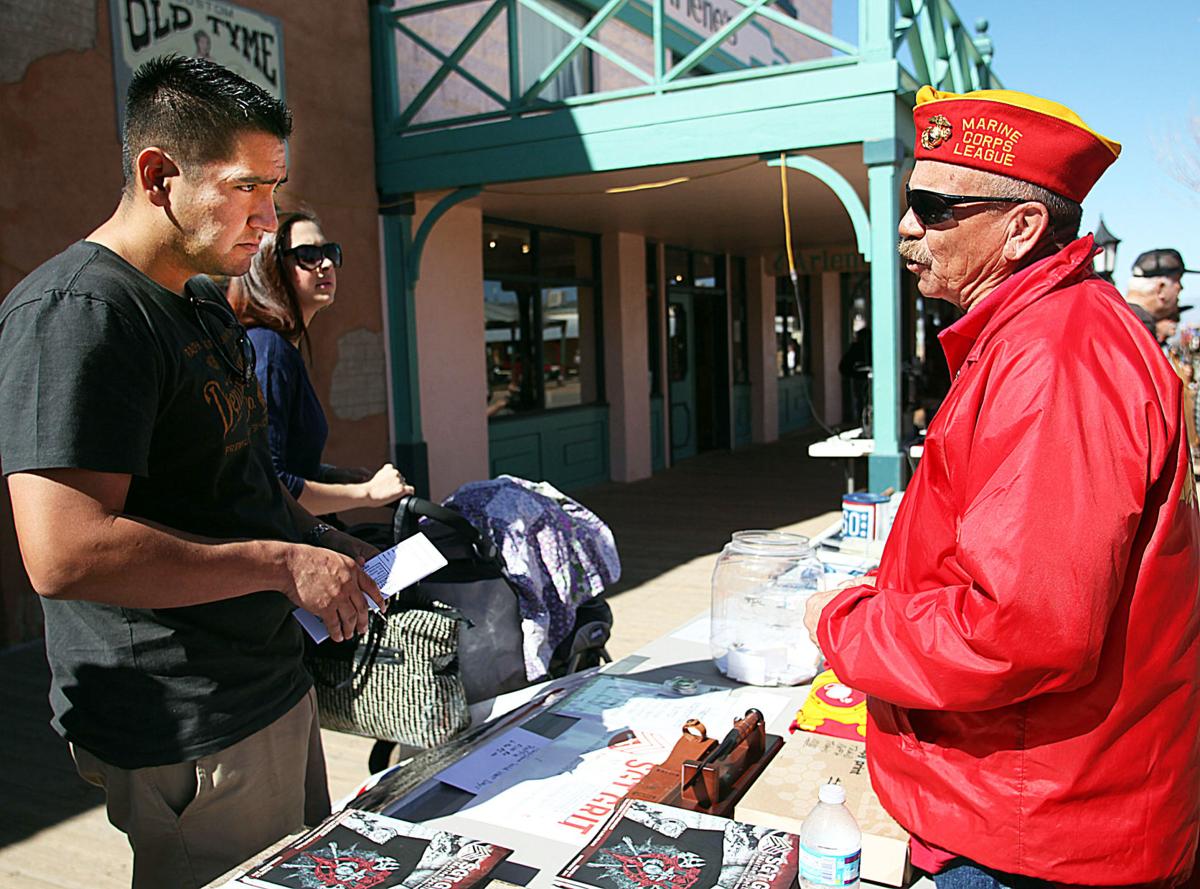 Members of the Tombstone Gunfighters perform a skit on Allen Street during a Wild West Days weekend in Tombstone.

Tombstone Vigilante member Lorelei Redmond performs with her troupe as they entertain a crowd in Tombstone.

The Trashy Women of Cochise County entertain onlookers in Tombstone.

TOMBSTONE — The Wild West Detachment Marine Corps League is gearing up for its annual Wild West Days in Tombstone this weekend.

Organized as a tribute to the men and women of the armed forces, the event features a parade on Saturday and full weekend of street entertainment, raffles and vendors.

For the first time since its inception nine years ago, the event will be joined by the Combat Veterans Motorcycle Association (CVMA) Chapter 32-4, representing another group dedicated to veterans from all branches of the armed forces.

“They decided to have their event the same weekend as Wild West Days, which is very appropriate,” said Bill Pakinkis, who is one of the event organizers.

Peter Constancia, who is the judge advocate for the Marine Corps League out of Tombstone has been a member of the league since 2004 and is involved with the Wild West Days event.

“The primary purpose of this event is to raise money for USO (United Service Organization),” he said. “Past funds were used to help build the USO welcome center at Sky Harbor International Airport. The Wild West detachment also donates to a number of other charities.”

Saturday’s parade, which has 40 entries at this point, starts at 11 a.m.

The Parade Grand Marshal is Vietnam War veteran Peter Sherayko, an actor, historian and author who is best known for his work in western movies. Sherayko portrayed Texas Jack Vermillion in the movie “Tombstone.”

His passion for the west and its intriguing history inspired him to start Caravan Productions, according to a biography provided by Pakinkis.

While the parade theme is “A Salute to the Men and Women of the Armed Forces," it also is tied into St. Patrick’s Day.

“As part of our fundraising efforts, the Marine Corps League is raffling off a pistol and shotgun, which is a home protection package,” said Constancia. “Raffle tickets will be available at the Marine Corps booth in front of Big Nose Kate’s Saloon.”

There will be gunfight shows on historic Allen Street and a USO Canteen Dance at Big Nose Kate’s Saloon, 417 E. Allen St., at 7 p.m. on Saturday. The dance will feature a live band, door prizes throughout the evening and admission is free.

For more information about the parade or events, contact Bill Pakinkis at 520-266-5266, or email broncobill@powerc.net.