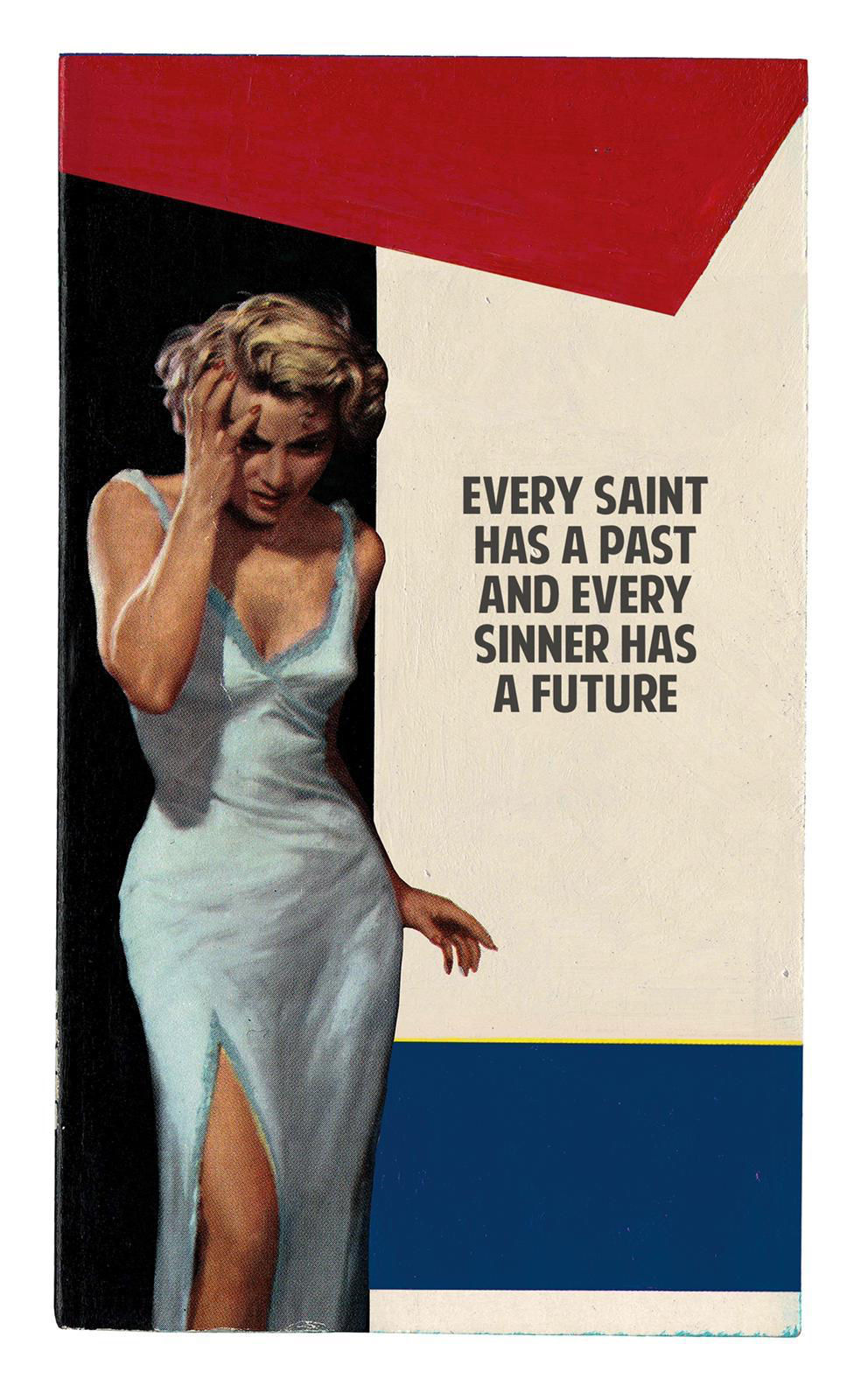 This is one of 22 paintings by Londoners Mike Snelle and James Golding, known as the Conners Brothers, to be exhibited at the Artemizia Gallery at 24 Main St. in Old Bisbee. Proceeds from prints of this painting will be donated to the Verhelst Recovery House. 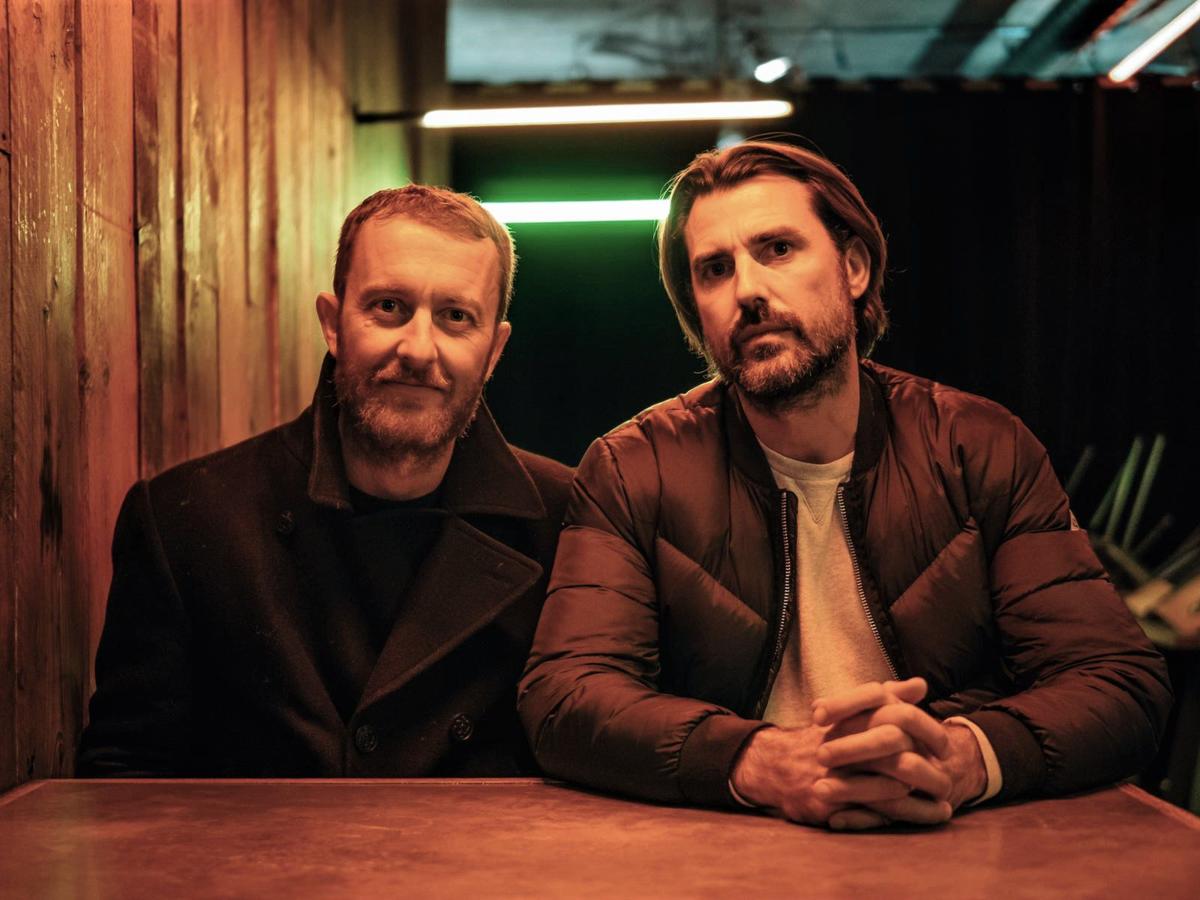 British artists Mike Snelle and James Golding, knonw as The Conners Borthers, will be featured at Artmizia Gallery Saturday, Feb. 1.

This is one of 22 paintings by Londoners Mike Snelle and James Golding, known as the Conners Brothers, to be exhibited at the Artemizia Gallery at 24 Main St. in Old Bisbee. Proceeds from prints of this painting will be donated to the Verhelst Recovery House.

British artists Mike Snelle and James Golding, knonw as The Conners Borthers, will be featured at Artmizia Gallery Saturday, Feb. 1.

The Conner Brothers (actually not brothers, but very close friends), are Londoners Mike Snelle and James Golding. They have had showings around the world of their unique style of painting, similar to the pulp-style art one would find on horror, crime, war, science fiction, fantasy and western magazines and softcover books

“We’ve been friends for over 20 years and share the same dark humor and interests,” said Snelle.

“The pulp novel imagery is really strong and had immediate appeal to us, he continued. “We usually start with the words, which might come from a short story I wrote, or develop from a conversation we are having, or something we’ve overheard or read, and then the imagery comes second. The works almost always starts with the text first.”

When asked about the difficulty of two heads working together, instead of just one, he stated, “I don’t envy artists who work alone, I think it must come with a lot of anxiety. We are sort of protected from the outside world by our relationship. We rarely disagree. Unless I have some manic idea that will take up years of our lives and bankrupt us. James normally just nods and feigns interest until the manic bit passes and I come back to earth.”

Snelle said they found Bouchever to be an “absolute pleasure” to work with. “The more we’ve talked the more we’ve realized we share a lot of the same interests. Also, James and I are dinosaur geeks, and wanted to visit the Tucson Fossil Show, and when we saw it was close to Bisbee we reached out to Sloane to see if he’d be interested in doing a show with us. We’re excited to come visit Bisbee.”

The exhibition is called “If It’s Not Weird, I’m Not Interested,” and has 22 clever paintings up for sale and the proceeds of 50 signed prints of one the paintings will benefit the Verhelst Recovery House, a home for men recovering from alcohol or drug abuse.

Hubert Weinstein, Critic and Author of After Post Modernism, wrote: “The Connor Brothers’ work explores the boundary between truth and fiction and raises questions about how we construct meaning from experience. By blurring the line between truth and fiction the artists puncture a hole in our everyday construction of reality and through this pin prick we catch a glimpse of an altogether larger world with infinitely more possibilities.”

Artemizia Gallery champions women in the arts and as such is committed to parity in exhibiting female and male artists. Seeing amazing art by insightful artists such as Judy Chicago, The Connor Brothers, Kerry James Marshall, Jeff Koons, Yayoi Kusama and Kara Walker is paramount to understanding our world.

Gallery hours are Wednesday through Sunday: 11 a.m. to 5 p.m.

Verhelst Recovery House is a transitional agency serving men 18 years or older residing in Cochise County, or other areas within the State of Arizona. Our primary goal is to provide a safe six month residential environment, free from alcohol and drugs, enabling the client to begin living a productive life without substance abuse.

The Connor Brothers exhibited internationally in London, Sydney, Dubai, Hong Kong and Berlin, including solo shows at Maddox Gallery and Guy Hepner. Works have been included in major auction houses such as Christie’s and Bonhams with a record set at Phillips London in 2018. Major collections include the Victoria and Albert Museum, the Penguin books art collection and the Omer Koc and Niarchos Collections.