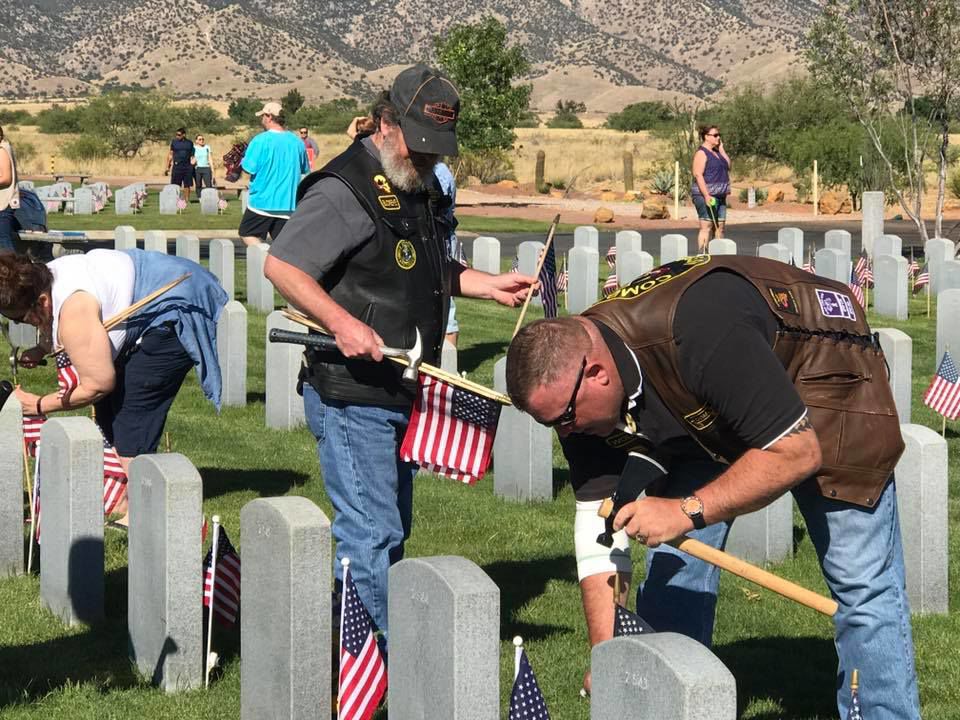 The Association of Combat Veterans is hosting Saturday's fundraiser and has events throughout the year to support veterans. 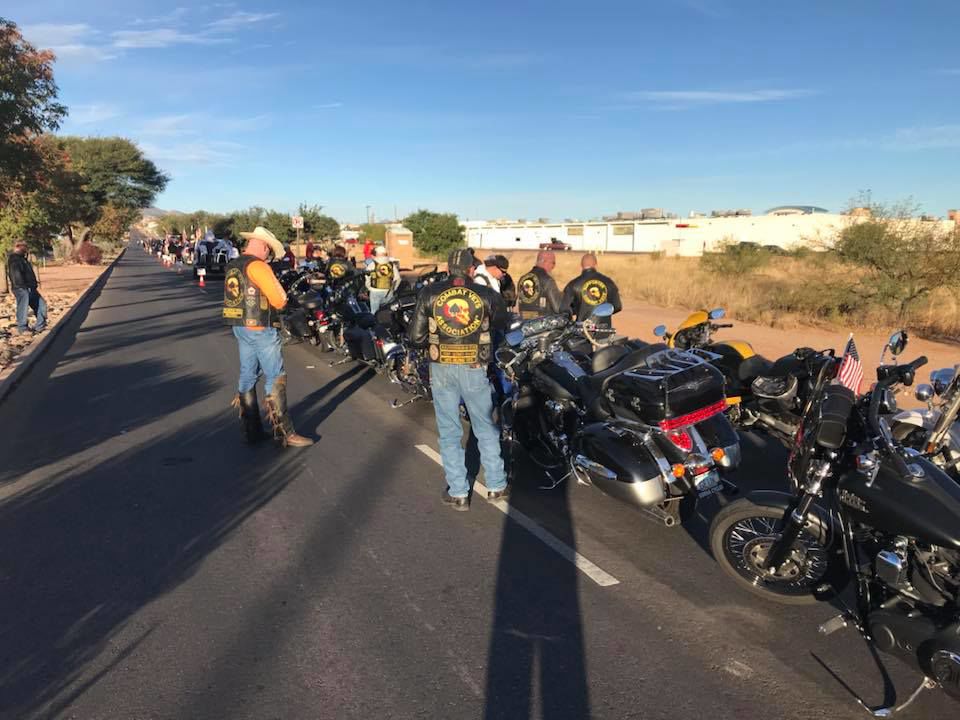 Members of the Combat Vets Association will ride their motorcycles 118 miles for a Poker run. 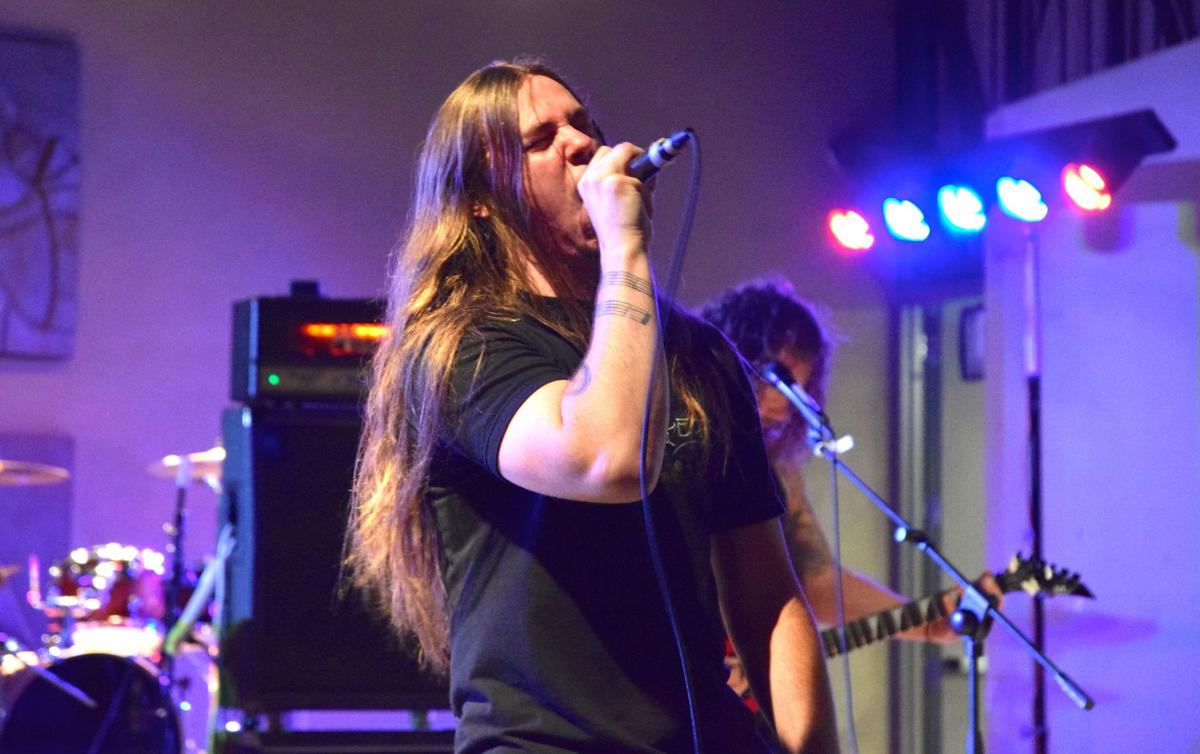 The Association of Combat Veterans is hosting Saturday's fundraiser and has events throughout the year to support veterans.

Members of the Combat Vets Association will ride their motorcycles 118 miles for a Poker run.

TOMBSTONE — Motorcycles will be converging in Tombstone Saturday for the town’s first-ever “Vets for Vets” fundraiser that benefits southern Arizona veterans.

The event also has a tie-in with Wild West Days.

“Wild West Days and Vets for Vets are working together on this,” said Jason Schachter, the chapter public relations officer for Combat Veterans Motorcycle Association (CVMA), the organization putting on the Vets for Vets fundraiser.

While this marks the event’s third year, organizers are bringing Vets for Vets to Tombstone for the first time. American Legion Post 24, located at 225 E. Allen St. in Tombstone, will be the starting point.

“We decided to tie this in with Wild West Days, which is a weekend celebration held by the Wild West Detachment Marine Corps League as a tribute to all men and women of the armed forces,” Schachter said.

The fundraiser features three local bands that will be performing at the American Legion from 9:30 a.m. to 6 p.m., as well as a poker run on motorcycles that takes participants on a 118-mile round trip from Tombstone to Benson, Sierra Vista, Bisbee and back.

For those who prefer to stay closer to home with their poker hands, there is also a pub crawl through Tombstone, where participants will be visiting the town’s four saloons: Crystal Palace, Doc Holliday's, Big Nose Kate’s and Four Deuces.

Once pub crawl participants have made their way through town, they head back to the American Legion.

Skoville, a local heavy-metal band, will start performing at 9:30 a.m., followed by rock band Mojo Mos & Breakneck Groove, with Heavy Hangs the Heart, a punk rock band performing from 3:30 until 6 p.m. All three bands will be playing outside, behind the American Legion.

There will be a $10 per person cover charge to get into the American Legion.

“The cover charge is for the bands, a poker hand with a chance to win $250 for highest hand and $50 for the lowest hand,” Schachter said. “The poker players will be riding motorcycles to four different stops throughout Cochise County, a 118-mile round trip, with the last bike in at 1:30 p.m.”

CVMA State Representative Mason McCloud said that Saturday’s fundraiser is the biggest event the local chapter has ever pulled together.

“We started this fundraiser two years ago and held it at Buddy’s Bar in Whetstone,” he said. “Now that we’ve decided to hold it along with Wild West Days in Tombstone, we’re getting an incredible response on Facebook from interested participants and are expecting a huge crowd.”

McCloud said they’re expecting about 500 participants from all over the state, as well as New Mexico, Texas and California.

For information, email scotch@cvma32-4.org or go to the facebook page at facebook.com/VetsHelpingVetsFundraiser. The CVMA website is cvma32-4.org/vets-helping-vetsfundraiser.

The Combat Veterans Motorcycle Association (CVMA) Chapter 32-4 is offering two gun raffles as part of Saturday’s Vets for Vets event. One is for a Colt 1911 pistol and the other is a Diamondback AR-15 rifle.

Raffle tickets are $10 and sales are limited to 500 tickets for each weapons.

There will be 50 raffle and silent auction items, with a total value of about $5,000.

CVMA Chapter 32-4 is a charitable organization of combat veterans from all branches of service who ride motorcycles as a hobby. The organization's focus is to help veteran care facilities provide assistance to veterans.