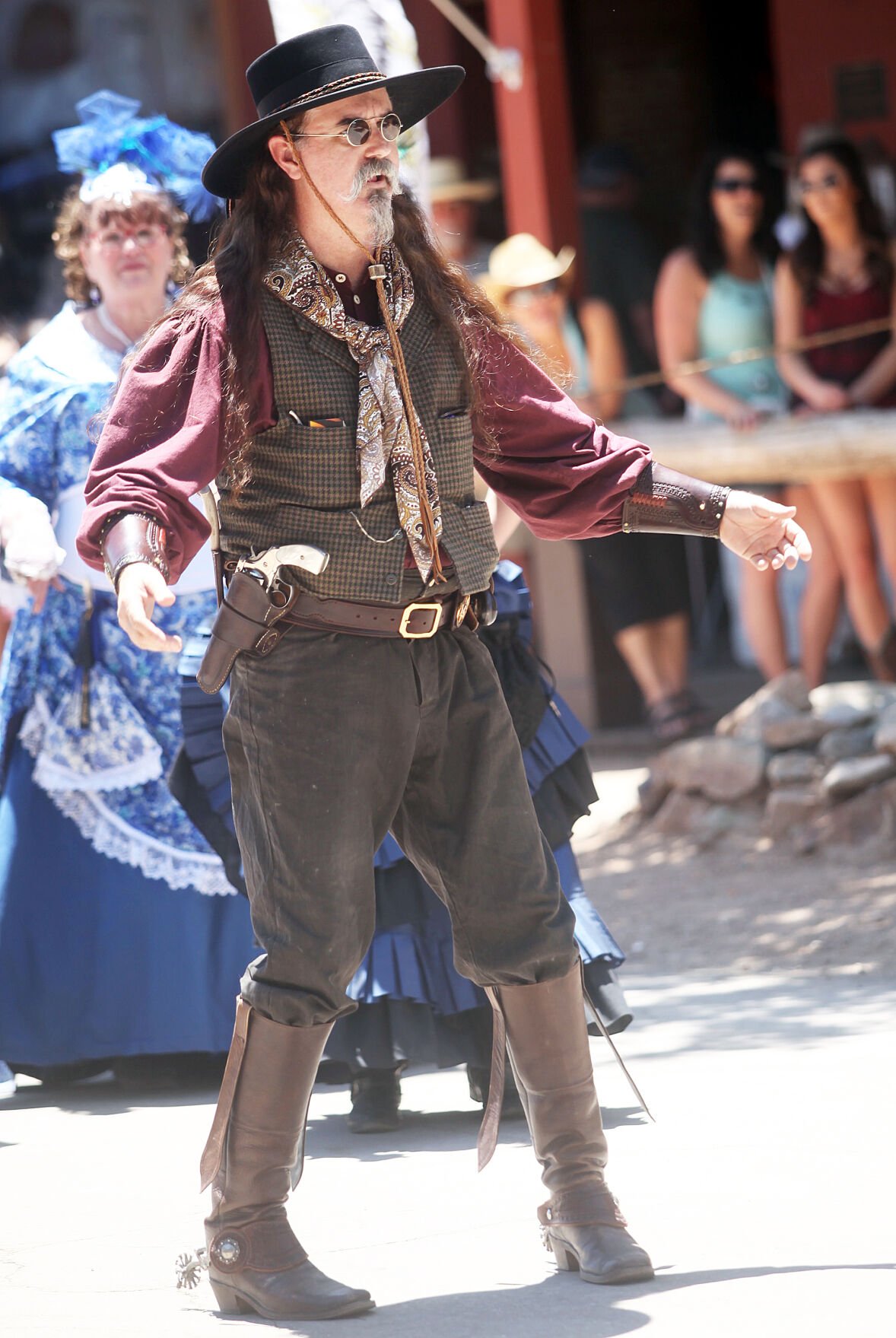 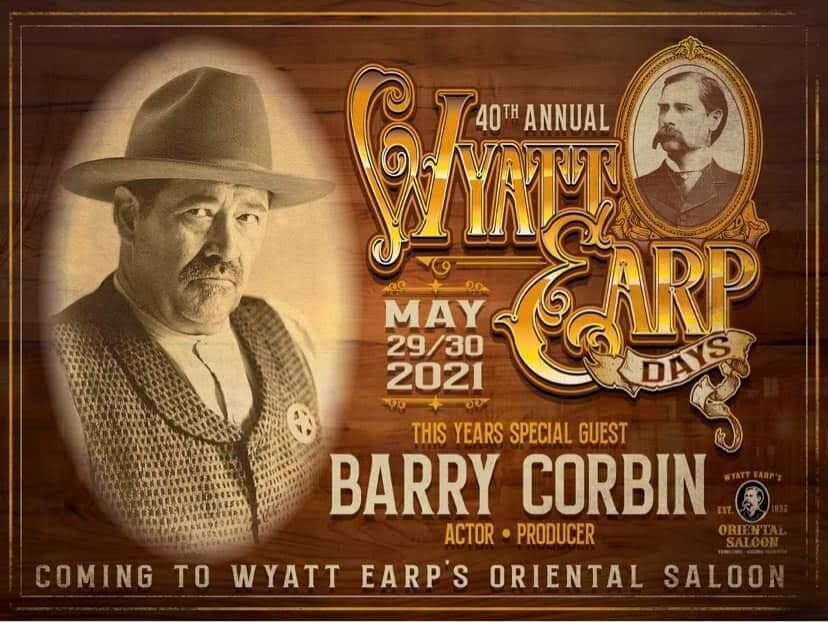 Tombstone Forward, a nonprofit organization dedicated to promoting Tombstone and its colorful history, is bringing movie and television actor Barry Corbin to town as a special guest.

Tombstone Forward, a nonprofit organization dedicated to promoting Tombstone and its colorful history, is bringing movie and television actor Barry Corbin to town as a special guest.

Organized by the Tombstone Lions Club with a lineup of activities on Saturday and Sunday, the weekend is filled with reenactment groups from different parts of the state, street entertainment, games for kids, a cornhole tournament and a Wyatt Earp look-alike contest.

This year, Tombstone Forward, a nonprofit organization dedicated to promoting the town and its Old West history, sponsored a celebrity guest during Wyatt Earp Days. Emmy Award-nominated actor Barry Corbin was slated to be Tombstone Forward’s guest, but was forced to cancel the engagement because of a scheduling conflict.

Tombstone Forward has organized a performance by actor Wyatt Earp, who is the great-grandnephew of Tombstone’s historic deputy marshal. Earp will be doing a one-man show at 7 p.m. Saturday in Schieffelin Hall. Tickets will be available at the door. “Wyatt Earp: A Life on the Frontier” promises to introduce audiences to the “real man behind the myth.”

Between activities organized by the Lions Club and the Tombstone Forward performance by Wyatt Earp, there is a lot going on in Tombstone throughout Memorial Day weekend.

“The Lions Club has street entertainment on Saturday and Sunday from 10 a.m. to 4 p.m. both days,” said Steve Reeder, Lions Club president.

Five re-enactment groups will be performing at different times throughout the weekend. They include the Tombstone Vigilantes and Legends of Tombstone, along with three Phoenix-area groups — Arizona Gunfighters, Salt River Regulators and Superstition Mountain Regulators — frequent visitors to Tombstone’s event weekends.

“We’re going to have games for kids on Allen Street around 1 p.m. on Saturday and Sunday,” Reeder said.

“Our popular Wyatt Earp look-alike contest is going to be held on Sunday at noon, also on Allen Street,” he added.

The Gila River Baggers will be holding a cornhole tournament on Saturday in the parking lot behind the Tombstone Visitor Center, 395 E. Allen Street. Sign up is at 10 a.m. Cost is $10 for singles and $15 for doubles. The organization is donating all proceeds from its entry fees to the Tombstone Lions Club in support of its charitable projects.

Lions Club members will be selling commemorative t-shirts and tickets for a gun raffle through the weekend.

“The money we make from the t-shirt and raffle sales is the Lions Club’s major fundraiser for the year,” Reeder said. “All proceeds from the two stay in the community in support of local charitable projects.

Street entertainment throughout the weekend is free.

For information about the Tombstone Lions Club, contact Steve or Stacey Reeder at 520-457-3291, or email sreekor@aol.com.