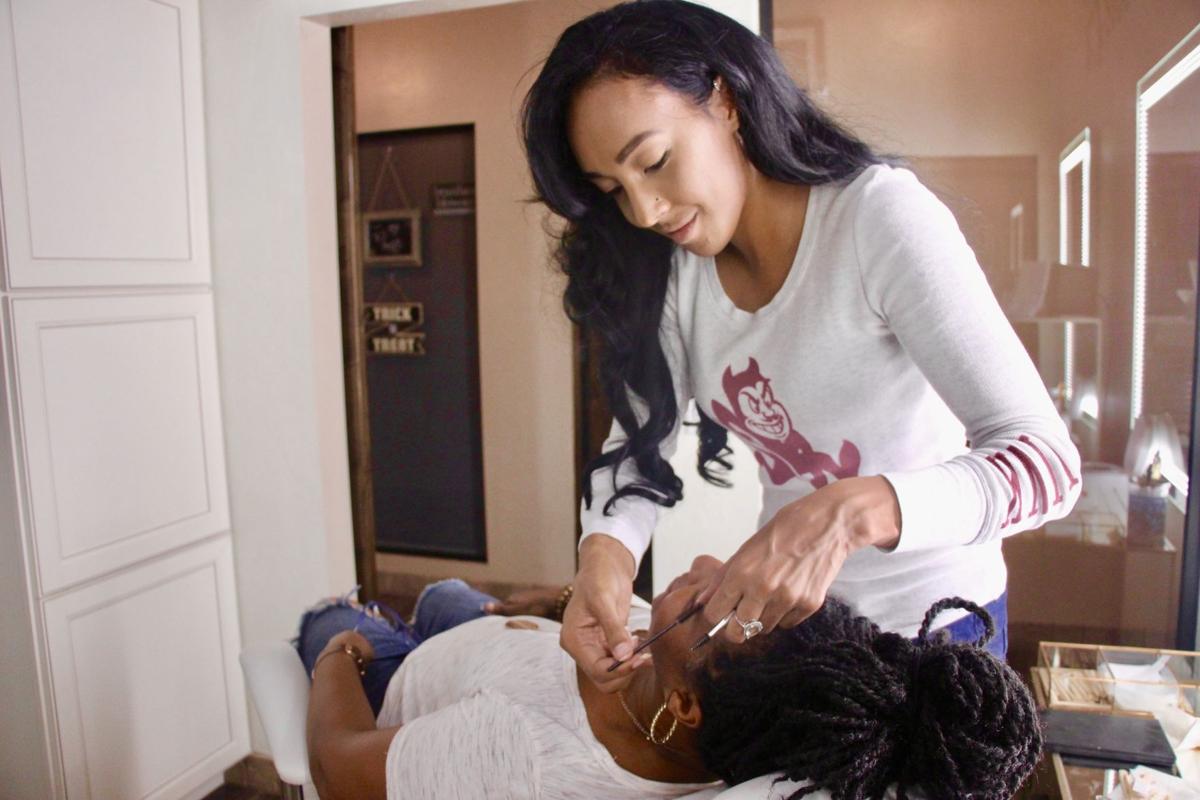 Nat Daniel relaxes at Acacia Barnett touches up her brows. 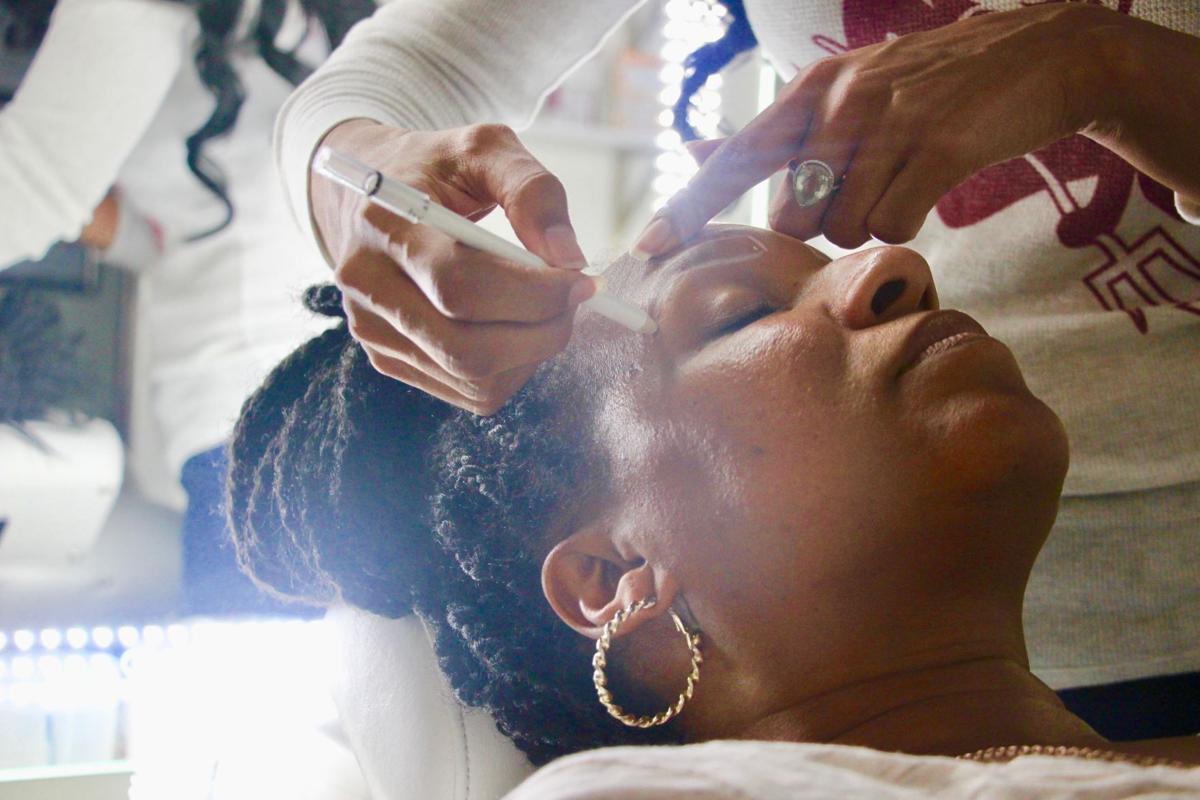 Nat Daniel relaxes at Acacia Barnett touches up her brows.

While it seems that brow care is only now making its debut with the widespread use of social media, eyebrows have been a serious fashion statement dating back at least 100 years. In the last decade, English supermodel Cara Delevingne — known best for her thick, iconic eyebrows — inspired women across the globe with her “power brows.” For the last few years, thicker brows are the way to go.

Women everywhere now strive for perfect brows — a la Kim Kardashian or Delevingne style. And they’re going to serious lengths to get their brows on fleek.

Acacia Barnett, owner of Acacia B Brows and Beauty in Sierra Vista, specializes in eyebrow care and maintenance. Though Barnett provides other services like brow waxing, she’s also trained in the now-popular method of microblading — a semi-permanent tattoo that’s administered with a very small needle. Fine, hair-like lines are tattooed on the eyebrow to give the client a naturally thick-brow look, she said.

Even though this new method of “getting on fleek” just became popular in the U.S. over the last few years, Barnett said the technique originated from Asia and Australia. Right now, there are nearly 3.2 million hashtags on Instagram linked to microblading with videos and photographs of clients testifying their love or hate of the technique.

But it hasn’t always been that way.

Nearly 100 years ago, women in the 1920s strived for a very different look: needle-thin brows. In a time of rebellion, women used makeup and hairstyles to break away from the conservative Victorian lifestyle, according to Marie Claire magazine. Many fashioned their brows after Clara Bow, a silent-film star of the era.

Now, with the eyebrow movement well ingrained into social media, eyebrow aficionados created a new word to describe brows of perfection: “fleek.” Though the word has been used to describe anything from cake and clothing, the origin of fleek comes from a social media user known as “Peaches Monroe” who described particularly groomed eyebrows in 2014, according to Merriam-Webster’s online dictionary.

“People are definitely more aware of the trend,” she said. “It’s not a solid line, like an old-school tattoo. It looks a lot more natural. Anybody can get it done. I’ve had people who have really thick eyebrows and want some spots filled in.”

While some opt to fill in their brows with brow liner or eyeshadow, microblading takes getting on fleek to the next level. For some women with sparse brows, microblading can help redefine the look and shape of their eyebrows, Barnett said. It’s also a method of convenience because of its permanence, she added. Typically, clients come in for an initial session to establish a shape and then make visits every few months for touch-ups. But the unique look is not cheap. Depending on the salon, the first session can cost anywhere from $200 to $900.

“A lot of people like the fact that they don’t have to wake up every morning and fill them in,” Barnett said.

For Nat Daniel, owner of Bati’Mamselle Boutique and frequent client at Barnett’s salon, eyebrows weren’t much of a concern. She said she didn’t pay too much attention to her brows until Barnett offered her a microblading treatment.

“I would get facials every now and then, but I never really paid attention to my eyebrows,” Daniel said. “I said ‘yes, I’ll get mircobladed’ and Acacia started microblading me...and I can’t draw brows, so thank god for microblading.”

Now she’s all about eyebrow care and maintenance. She said microblading helped give her eyebrows a new, thicker look and more defined shape. But she wasn’t always open to the idea of a semi-permanent tattoo on her face — that is, until she realized how efficient microblading can be. She doesn’t have to worry about wiping off her filled-in brows because they’ve already been microbladed to perfection.

And brows aren’t a fleeting trend, Daniel said. She thinks this one is here to stay for a while.

“Microblading kind of makes people think ‘Ok, I’m not a Kardashian, but I can have brows like a Kardashian,’” Daniel said. “Brows are like the new finger nails. Remember how everyone was into nails, now it’s eyebrows.”