Providing quality local journalism relies on your support! To continue reading the Herald/Review

A subscription is required after exceeding complementary content limit.

Trees were felled and clearing began Monday along the San Pedro River.

WASHINGTON, D.C. — In a last-ditch effort to halt construction of the border wall across sensitive, protected areas in Arizona, California, New Mexico and Texas, the Center for Biological Diversity (CBD), Animal Legal Defense Fund, Defenders of the Wildlife and Southwest Environmental Center are petitioning the U.S. Supreme Court to answer a question: Has President Donald Trump overstepped his executive powers in executing legislative powers, thus blurring the lines between the two separate and equal branches of the federal government in building a wall along the southern border?

CBD attorney Jean Su said in an interview the petition for a writ of certiorari is essentially the same argument the environmental groups have been making for the past year, just in a different form.

A writ of certiorari is an appellate proceeding for re-examination of actions of a court of appeals by the losing parties, she explained. It includes statements of the facts of the case, the legal questions presented for review and arguments as to why the court should grant the writ.

Specifically, the petition reads: “This action presents a constitutional challenge to the Secretary’s issuance of six waiver decisions, made pursuant to Illegal Immigration Reform and Immigrant Responsibility Act (IIRIRA) § 102© in 2018 and 2019, waiving more than forty federal laws — and all related state, local, and tribal laws, regulations, and legal requirements deriving therefrom — which are otherwise applicable to the construction of 145-miles of steel-bollard walls along the U.S.-Mexico border in Arizona, California, New Mexico, and Texas.”

Su said the executive and legislative branches have specific duties according to the Constitution. Congress alone is given the “distinct and exclusive authority to establish the relative priority of policies.” Neither President Trump nor his administration have the authority to waive the laws Congress enacted, she said.

The environmental attorneys argue the IIRIRA, which has been given as the reason for building a border wall, “corrupts that carefully-wrought architecture. The statute endows an unelected executive official with quintessential legislative authorities, including the policymaking power to unilaterally establish the relative priority of border wall construction against all other legally protected public and private interests, violating the non-delegation doctrine of the Constitution and the lawmaking power to independently nullify the statutes securing those interests without complying with bicameralism and presentment procedures.”

In Arizona alone, 41 federal and state laws have been set aside for wall construction across some of the state’s most fragile and remote desert environments from the San Bernardino National Wildlife Refuge on the easternmost part of the state to the SPRNCA to Organ Pipe Cactus National Monument near Quitobaquito Springs and on west to Yuma. The Arizona Desert Wilderness Act, the Arizona-Idaho Conservation Act of 1988 — which formed the SPRNCA — and numerous tribal, cultural and archeological protective regulations have been set aside so the wall construction can proceed without lengthy environmental assessments or consideration of protected and threatened wildlife both plant and animal and permits, Su said.

The petition argues, “By waiving laws like the National Environmental Policy Act, for example, the Secretary evades mandates to analyze and disclose the wall’s adverse impacts on communities and to facilitate substantive public input, thereby undermining core democratic values that also undergird our system of government.

“Thus, as now construed by Department of Homeland Security (DHS), the Executive wields the authority to waive any and all federal, state, local, or tribal laws in perpetuity as applied to anywhere in the vicinity of the U.S. borders, based only on DHS’s unsupported and unreviewable assertion that such waiver is necessary for expedited wall construction. It is that extraordinary, unprecedented executive encroachment on core legislative authority that is at issue in this petition.”

The petitioners note they do not dispute Congress has the right to make laws that “prioritize border wall construction above any other legally protected interests— or, for that matter, over all other such interests. However, Congress did not legislate any such prioritization here.”

Su pointed out, “Justice Gorsuch has opined that the fundamental question in assessing the constitutionality of a congressional delegation should be: ‘Did Congress, and not the Executive Branch, make the policy judgments?’ Here, the answer is, indisputably, ‘no.’ The Executive, and not Congress, is making the overarching policy judgment as to which of the myriad legally protected national, state, local, and tribal interests are to be sacrificed in the name of border wall construction.”

The petitioners emphasized “that the waivers now apply to approximately one-third of the ... entire U.S.-Mexico border, with respect to nearly fifty federal laws and innumerable state, local and tribal laws. Taken together, the Secretary’s unilateral decision to issue the waivers, along with new § 102© waivers that are sure to come, effectively repeal the application of an ever-increasing number of federal statutes as applied to an ever-expanding number of projects.”

The waiver authority affects millions of people on or near the border and whose legal rights and interests can be eliminated “with a stroke of the pen.”

It will take some time before the SCOTUS decides to take the case. There are around 4,000 such appeals made every year and only 40 are selected for a hearing, she said.

However, she also noted Justices Gorsuch and Kavanaugh were “very interested in the question of delegation of powers. It’s a very small chance.”

SIERRA VISTA — Paige Evans earned a big round of applause after reciting a poem she wrote about barrel racing on her horse, Bugsy.

The Elfrida Elementary School 10-year-old was one of the young cowboy poetry competitors whose prose won her a spot on stage at Saturday’s 28th Annual Cowboy Poetry & Music Gathering.

Wearing her barrel-racing trophy buckle — representing one in a collection of 10 — Evans recited her poem, “It’s Cool to be a Barrel Racer.”

She was at the Gathering with her own cheering section — accompanied by family members from all over the state — including her parents, grandmother from Show Low and great-grandparents from Pinetop.

“She’s an amazing competitor,” smiled great-grandmother Pat Heuett. “She looks so little up there on those big horses, but she’s a great rider with a lot of confidence. And she did a great job reciting her poem.”

With the Gatherings’ “It’s Cool to be a Cowboy” theme, the annual event kicked off Friday evening when an impressive lineup of top entertainers took the stage at Buena High School’s Klein Center for the Performing Arts, with events picking up again on Saturday. Fifty-minute western music and poetry sessions were scattered throughout Buena from 10 a.m. to 4 p.m. on Saturday, with two musicians and one poet in every session. Those performances were followed by a barn dance with local band Night Life providing the music. Double Grammy-winning group Riders in the Sky rounded out the entertainment lineup. Described as “modern-day icons” the group has performed for more than 30 years, known for their “wacky humor and way-out Western wit.”

“My wife and I have been Riders fans for years. We came here from Phoenix for the Gathering, but it was Riders in the Sky that was the big draw for us,” said Gerald Rasmussen. “We got here when the doors opened this morning and plan to be here through the evening. All the sessions have been great.”

Between Friday and Saturday, organizers were expecting between 2,000 and 2,500 attendees at the Gathering.

“We have a good crowd here, and it’s still early,” event co-chair George Wheat said Saturday morning. “If there is such a thing as groupies for Western music, this is it. We are seeing some of the same faces year after year, along with a lot of new faces.”

Wheat described feedback from the event’s attendees as very positive.

“Many of our participating artists could be featured artists,” he said. “We try to have different performers every year, and all of them are exceptional.”

“We’re here to share information about another historic place for people to visit, and this is a great venue for us to do that,” she said. “People who come to something like this are often interested in preserving western heritage and education. The Empire Ranch fits right in the cowboy theme here and we’re seeing a lot of winter visitors who want to learn more about the history of this area.”

Describing himself as a “drugstore cowboy,” Sierra Vista resident Lloyd Walters said he has attended 23 of Sierra Vista’s 28 Gatherings.

“I enjoy this event and look forward to it every year,” he said. “They always have talented performers. I love coming here and listening to the poets and the Western music side of this event.”

“I’m hooked,” she said after listening to Oregon horseman and poet Tom Swearingen spin stories about life on Pitchfork Ranch and his grandfather’s ranch auction. “I’m so impressed with how he takes life’s experiences and puts them into poetry. All of the entertainers I’ve seen here are very talented. This session, with Tom Swearingen as the poet and the two musicians, Sue Harris and Marty Davis, has been exceptional.”

As one of the organizers, Steve Conroy voiced his gratitude to Buena High School for providing a quality sound system and the event venue every year.

“The school spent more than $13,000 on the sound system and the students who are here to help with it are doing a great job,” he said. “We’re pleased by the attendance we’re getting good feedback from the crowd. We’re expecting a big crowd here tonight for Riders in the Sky.” 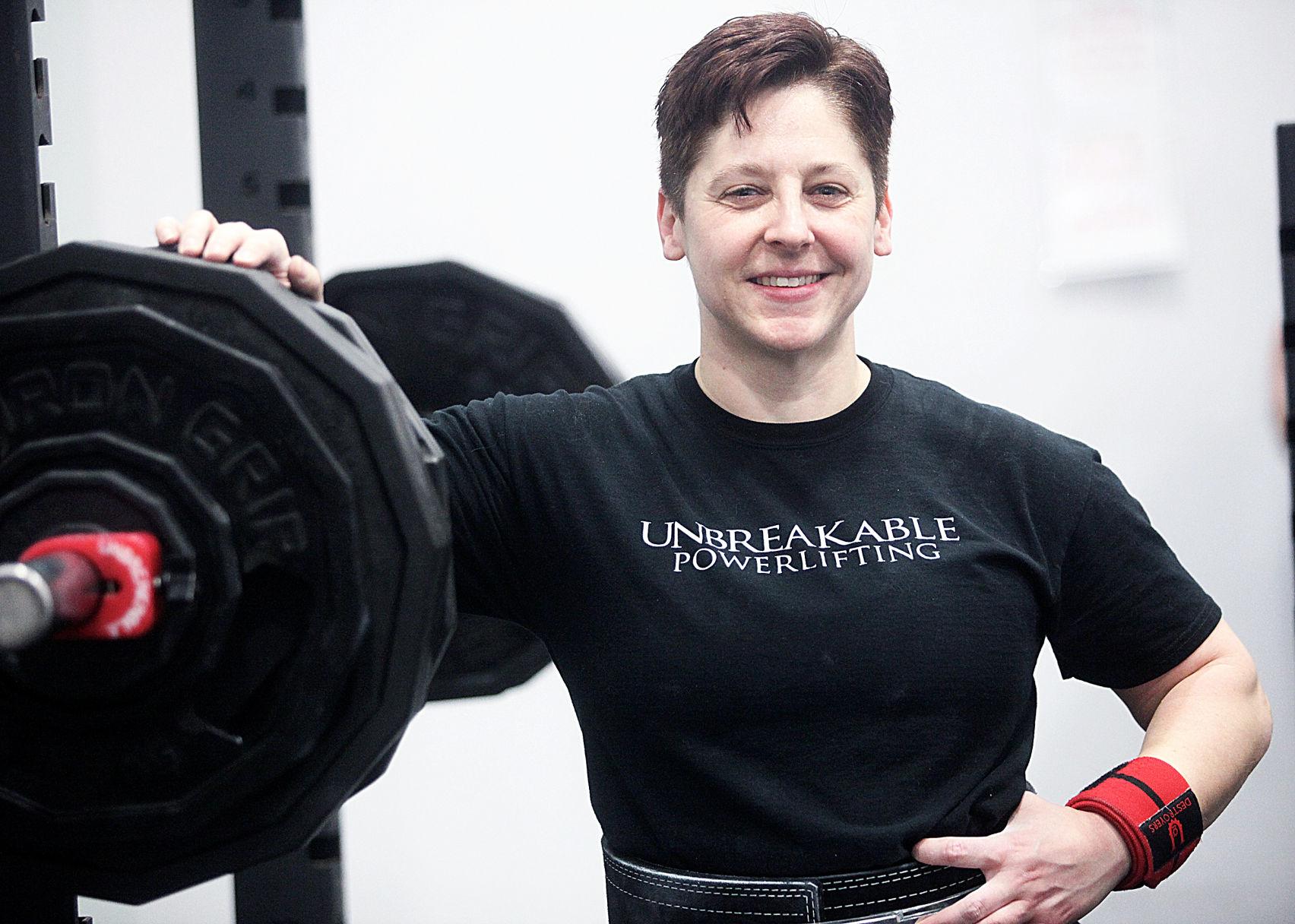