A subscription is required after exceeding complementary content limit.

BISBEE — In 2006, the Cochise County Board of Supervisors put in place a policy called the Owner-Builder Opt Out (OBOO) to allow property owners in the rural areas to build a home or other structures themselves, without having to pay for all the costly inspections and plan review fees.

The option, only allowed on properties of four acres or more, proved to be very a successful boost to the rural population in the county. Setbacks from property lines are required for structures and septic systems.

“The Owner-Builder Opt Out is probably the broadest incentive for building I’ve ever seen,” said Coxworth. “But, I’m not sure why we need this incentive. There could be other ways to help people.”

He pointed out some of the misconceptions people have when choosing OBOO such as not conforming to building safety code, flood plain code, health code for septic tanks, or zoning code.

“You can’t opt out of a septic system,” he explained. “There are misconceptions that they don’t have to follow these codes.”

All property owners who use OBOO do have to sign an affidavit attesting to the self-built home, which is then attached to the property deed, Coxworth added.

“For the most part, the department is development friendly. Our county is growing, so I don’t think we need the opt out to attract people,” said Coxworth.

McLachlan noted that about 25 percent of the building permits issued were OBOO. She suggested owner-built homes were harder to insure and harder to get financed when such homes are sold. Also, by spreading the population out into the rural areas, it costs the county more to provide services.

“The opt-out option is too broad and does not allow us to specifically target promotion of desirable housing,” she added. “Fee waivers and exemptions are a powerful tool and should be used sparingly.”

There is an existing plan review waiver fee for commercial and home builders if they self-certify the building code plan review portion of their project and assume the liability as it relates to plan review for building code compliance, which is helpful in saving money, she continued.

The county Building Code Appeals and Advisory Board voted four to zero to repeal OBOO.

Though Southeastern Arizona Contractors Association is in favor of the repeal, Supervisor Tom Borer did not give their opinion legs, as he believed they were thinking of their own interests.

Supervisor Ann English was not willing to discuss repealing the OBOO until a replacement policy was offered.

Borer agreed and said he was not in favor of a total repeal, but was concerned of the lack of inspections for electrical wiring and natural or propane gas lines hookups.

“These are health and safety issues,” he continued. “The intricacies of utilities need a second set of eyes. We want a safe house and a safe community. There could be a problem with no oversight on utilities. There has got to be a middle road where community safety is taken into perspective.”

English asked how many fires have occurred in owner-built homes and staff did not have the answer.

“You can’t make a statement that these homes are poorly built and a safety hazard,” she said. “You have to have the facts to back it up.”

English, who lives on a ranch zoned Agricultural that carries few restrictions on building, said she understood the importance of building piecemeal. She and her husband built what they could afford until their home was completed, much as some people do now, she said.

She also brought up the many alternative building methods and off-the-grid character of a new generation of current and prospective residents which need to be taken into account.

She said, “We’re taking responsibility for something we never look at,” then added opt-out owners should not have to meet detailed plan designs for their homes.

In the end, the supervisors directed staff to develop a tiered approach to OBOO and bring it back to them for review in another work session.

They assured the members of the public who attended the meeting there would be opportunities for them to comment before any changes are made.

What is Owner-Builder Opt-Out?

An amendment to Cochise County Building Safety Code, which limits plan review and associated inspections. It does not exempt owners from compliance with State, regional and local building, zoning, health, or floodplain requirements. There is a $125 fee for the permit to build.

Zoning district must have a minimum lot size of four acres.

Parcel itself must be four acres or larger in size, applies to the erection, construction, enlargement, alteration, repair, moving, removal, demolition, conversions, occupancy and maintenance of rural dwelling and accessory structures.

A building permit is required for all new structures or improvements valued at $1,000 or more, including labor and materials.

The applicant must record with the Cochise County Recorder’s Office a disclosure statement noting their participation in the Owner Built Opt-out.

Occupancy can take place after the residence is constructed and a final zoning inspection has been requested and performed.

SIERRA VISTA — More than $650,000 in grant money was awarded Wednesday to 16 organizations with new ideas designed to help the less-fortunate in the community — from hungry children to distressed veterans and people suffering with Alzheimer’s.

The Legacy Foundation of Southeast Arizona presented 16 checks totaling $650,767 for the organization’s Innovative Grant cycle. The foundation, which services Cochise County and eastern Santa Cruz County, started in 2013, but began awarding grants in 2015, said chief executive officer Margaret Hepburn. So far, almost $8 million in grants have been given out since then, Hepburn said.

The Innovative Grants are given out annually and are awarded to organizations that present innovative solutions for the greater good of the community.

Some of the plans presented by the recipients at Wednesday’s ceremony at Cochise College include teaching children how to garden and grow vegetables, bringing meals to the homes of people who do not qualify for other food programs, creating walkways that would allow the handicapped to access a community garden safely, and extending an after-school program to the neighborhoods in the city’s West End.

The two largest grants — $75,000 each — were awarded to the Salvation Army and the Boys and Girls Club of Sierra Vista. The second biggest were $50,000 grants given to six entities that included the Town of Huachuca City. Eight other recipients took home grants between $42,500 and $15,000.

“We read over the grants (proposals) and we as a committee voted on the ones that we thought were more innovative and needed in our community,” said Michael Groves, philanthropy committee chair and vice-chair of the Legacy Foundation Board.

The Salvation Army intends on using its grant money to feed people who aren’t able to reach their facility. Capt. Carlos Souza said he will work with schools, hospitals and other groups to identify who needs the meals the most.

Souza also mentioned helping pregnant women who may be the only food provider in a household, but can’t prepare meals because she may be having trouble because of her pregnancy. He also said the Salvation Army would provide meals for children in the community who may not be eating when they’re not in school, and are going hungry on weekends.

Jay Hamright of the Boys and Girls Club of Sierra Vista, said the organization’s grant will go toward extending the after-school program to youngsters in the West End. Hamright said school officials have reported that many children have nowhere to go after class.

“This grant will help us bring the Boys and Girls Club program to kids in that neighborhood, starting in August,” he said.

One of the $50,000 grants was given to the Warrior Healing Project for its efforts to help more families of veterans who could be suicidal.

“That level of crisis is what’s bringing us together,” Kirk said after he accepted the grant. “This grant will help us become more engaged with more veterans’ families.”

Huachuca City Mayor Johann Wallace said the $50,000 grant his town received would be used to restart the city’s bus service, which he said will include a route from Tombstone to Sierra Vista.

A grant of $22,374, went to the Alzheimer’s Association Desert Southwest Chapter. Morgan Hartford, who accepted the grant check for the agency, said the money would be used to gain more volunteers who can speak both English and Spanish. Hartford said the agency has contacted the Mexican Consulate in Douglas to begin working with people in that community.

“Every 65 seconds someone develops Alzheimer’s,” Hartford said. “The Alzheimer’s Association is dedicated to being at the forefront of this disease.” 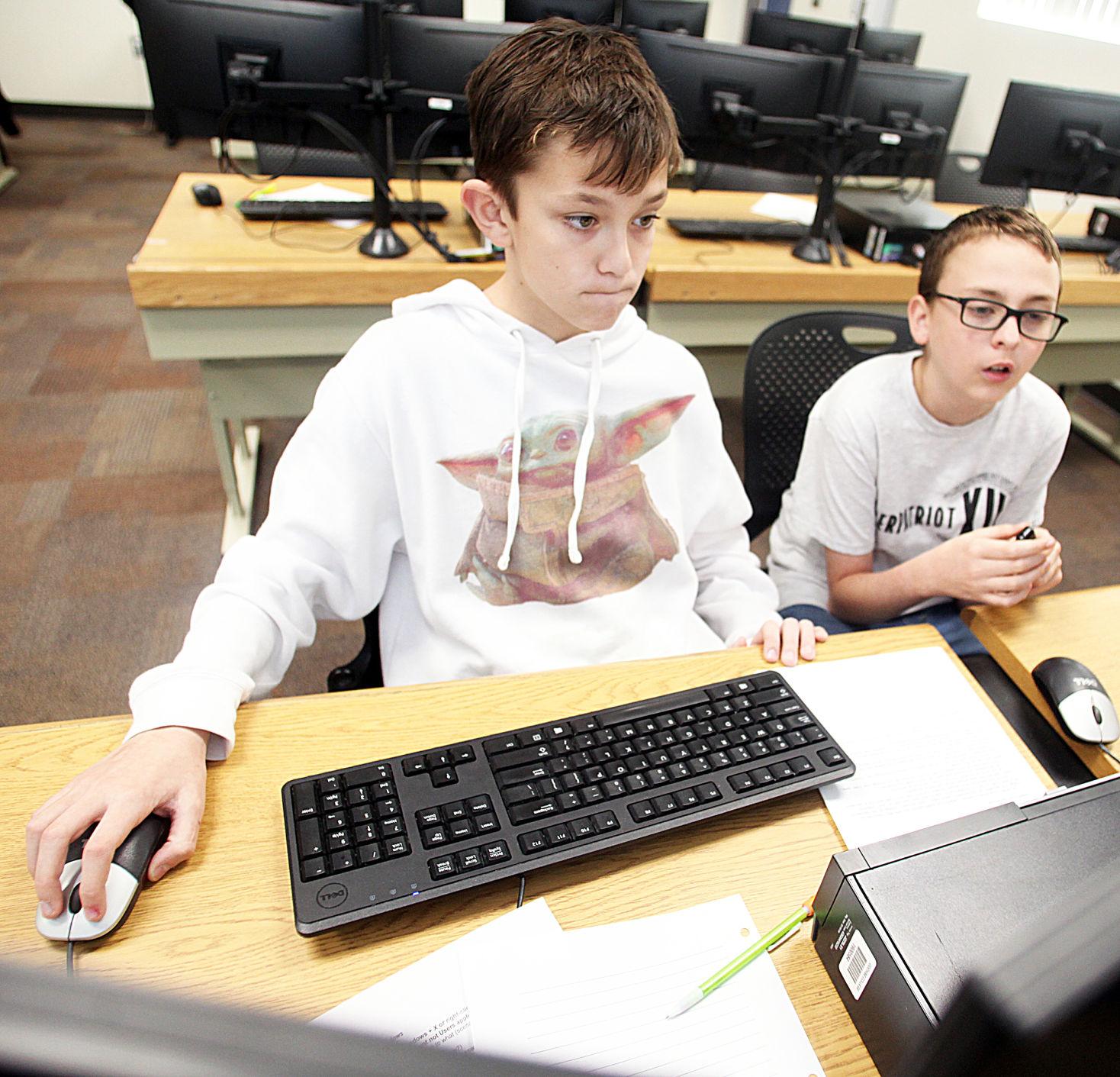