Deputy to the Commanding General Jeffrey Jennings, left, describes operations and air space while in the Gray Eagle hangar to Maj. Gen. Laura Potter, commanding general of the U.S. Army Intelligence Center of Excellence and Fort Huachuca, Secretary of the Army Ryan McCarthy and Arizona Senator Martha McSally during McCarthy’s visit to the post.

Secretary of the Army Ryan McCarthy chats with Maj. Gen. Laura Potter, commanding general of the U.S. Army Intelligence Center of Excellence and Fort Huachuca, during his tour Friday.

Arizona Senator Martha McSally makes a point while the Secretary of the Army Ryan McCarthy listens in yesterday.

Arizona Senator Martha McSally and Secretary of the Army Ryan McCarthy listen to Deputy to the Commanding General Jeffrey Jennings while they view an illustration.

Sporting face masks along with Major General Laura Potter, Command Sgt. Major Warren Kelly Robinson and others, McCarthy and McSally toured the hangar and were given close-up views of the impressive aircraft parked inside.

McCarthy initially had planned on visiting the installation last December for the investiture of Linda Denno, the Civilian Aide to the Secretary of the Army for Southeast Arizona, but he had to cancel at the last minute.

Friday, as he took the podium after seeing the Gray Eagles in detail, the former soldier lauded the work being done at Fort Huachuca in the face of the coronavirus.

“Leadership has done a remarkable job,” said McCarthy, who was confirmed by the Senate in September 2019 and who served with Potter in Afghanistan in support of Operation Enduring Freedom.

He heaped praise on the “young men and women” at the installation and their readiness, especially during these challenging times.

McSally meanwhile, who served in the U.S. Air Force for 26 years and retired as a colonel, mentioned the various areas she visited at the post over the last couple of days and her admiration for the missions there, saying Fort Huachuca has “strength, innovation and resilience.”

“What we were able to see today is how Fort Huachuca continues to train...” McSally said. “So we’re ready to fight tonight. We are very proud of Fort Huachuca.”

Village Meadows Baptist Church Pastor Larry Lane stands near a trailer with various donated items, including two coffins, Friday morning in Huachuca City. The items will be driven to the Navajo Reservation near the Arizona and New Mexico border.

Canelo Cowboy Church member Scott Hill packs a trailer destined for the Navajo Nation in eastern Arizona Friday. Hill built two coffins which are also being donated to the reservation.

Canelo resident Scott Hill talks about items being donated to the Navajo Nation. While Village Meadows Baptist Church is taking the lead in this endeavor, the Canelo Cowboy Church and Sonoita Bible Church are also involved.

HUACHUCA CITY — Carpenter Scott Hill was recently tasked with a grim order that he wished he didn’t have to fill — building pine coffins for members of the Navajo Nation, a place where COVID-19 has struck unmercifully.

Hill, a member of the Canelo Cowboy Church, and Larry Lane, the missions pastor of Village Meadows Baptist Church in Sierra Vista, were busy Thursday and Friday loading a trailer with two of the coffins Hill made, as well as food, toys and paper goods for the Navajo.

Lane, who lives in Huachuca City, said his church, as well as Hill’s, and a third house of worship, Sonoita Hills Community Church, have been working with the Navajo people for years, helping them with food, clothing and even chopping wood for some of the reservation’s elderly who have no electricity.

But taking coffins to the reservation because of COVID-19 deaths is a mission Lane and others wish they they didn’t have to carry out.

“The Navajo Nation has been hit very hard,” Lane said Friday morning at his residence. “We’re going to the epicenter, the hot spot for COVID-19.”

The hot spot, according to Lane, is Houck, Arizona, a town in the reservation with just over 1,000 people. Houck is in Apache County, one of the areas in the state hit the hardest by the pandemic. As of Friday, there were 859 confirmed cases of coronavirus in Apache County, which borders New Mexico.

Because there is widespread poverty and no running water in some areas of the reservation, COVID-19 has had an easy time of it.

In a May 13 article in the New York Times, Navajo Indian Wahleah Johns wrote that the reservation has one of the country’s highest rates of infection. Johns, who grew up in Winslow and Black Mesa, Arizona, said, “Hundreds of miles of roads are unpaved, so it can take up to three hours to get a sick person to help. It’s difficult to self-isolate because families live in one-room homes called hogans. Up to 40 percent of Navajo households don’t have running water, making it hard to wash hands. Cellphone service and Wi-Fi are limited, so it’s difficult to keep in touch and to get information about the epidemic.”

The Navajo Nation — whose actual name is the Diné, which means “the people” in Navajo — is the largest Native American reservation in the U.S. with an area of 27,413 miles and over 17 million acres. It stretches from northeastern Arizona into southeastern Utah and northwestern New Mexico, and has a population of about 357,000 people.

Lane said the load — packed tightly into a trailer hitched to a white van — would be transported straight to the Good News Church in Houck, a 379-mile drive that would take him and other church members most of the day to make. Once they arrive, they’ll be greeted by Pastor Eugene Chee.

There is a curfew in place at the reservation, however, so there won’t be much socializing.

“We arrive at the church, unload the van, and leave,” Lane said.

Hill, who built six coffins — all for the Navajo — said he’ll be taking the other four caskets to another part of the reservation in Cuba, New Mexico, in two weeks.

He explained that under normal circumstances, members of the Navajo Nation are given $2,500 for burials when there’s a death in a family, or clan. But because the Tribal Council and the reservation’s chapter houses — a type of court — have not been meeting, the stipends have not been doled out.

“They’ve been wrapping the dead in blankets,” Hill said. “There is just no help for them.”

A Canelo resident, Hill said each casket took him two days to put together. As he built them, he couldn’t help but feel sad.

“It’s just one way we can help them,” Hill said.

He displayed his cell phone, which was filled with text messages from some members of the reservation who were asking for help and saying the Navajo people had been left behind.

Village Meadows church members Rhonda Gniech and Ed Jensen, both from Hereford and traveling to Houck with Lane and Hill, agreed. Jensen said he too has visited the Navajo Nation several times and is always struck by the people and their positive outlook on life despite their hardships.

“We owe them,” Jensen said.

Lane said he and other church members want people to know about the plight of the Navajo Nation.

“We want people to know that there are other people hurting out there,” Lane said.

Anyone interested in making a donation to the Navajo people is asked to call 520-458-4500. 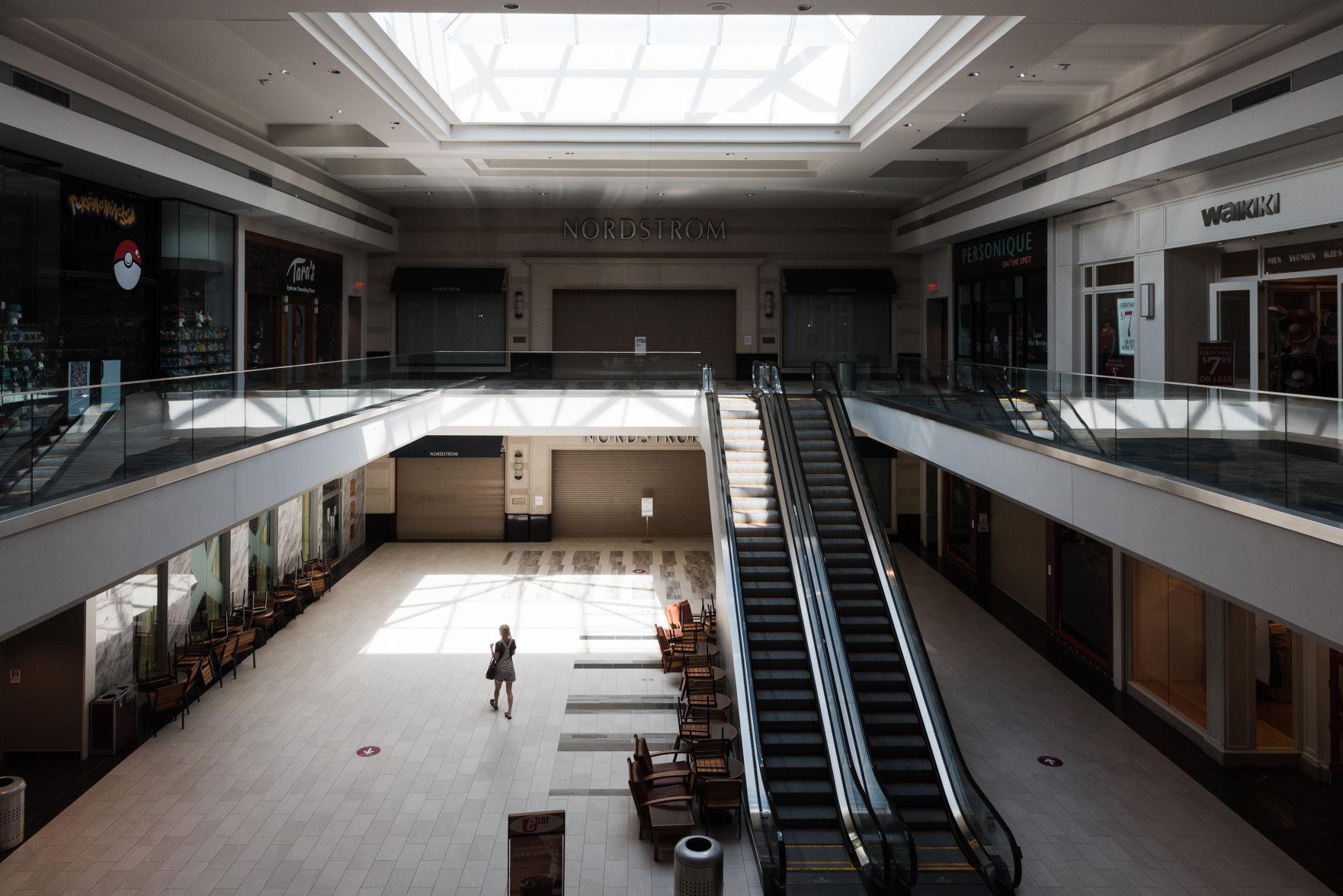 A shopper inside Barton Creek Square on the day that operator Simon Property Group reopened the mall, despite that many of it’s stores remained closed due to concerns about the coronavirus, in Austin Texas, May 1, 2020. Retail sales fell 16.4 percent in April, according to the Commerce Department, by far the largest monthly drop on record — a drop of 8.3 percent in March, was the previous record. (Carter Johnston/The New York Times) 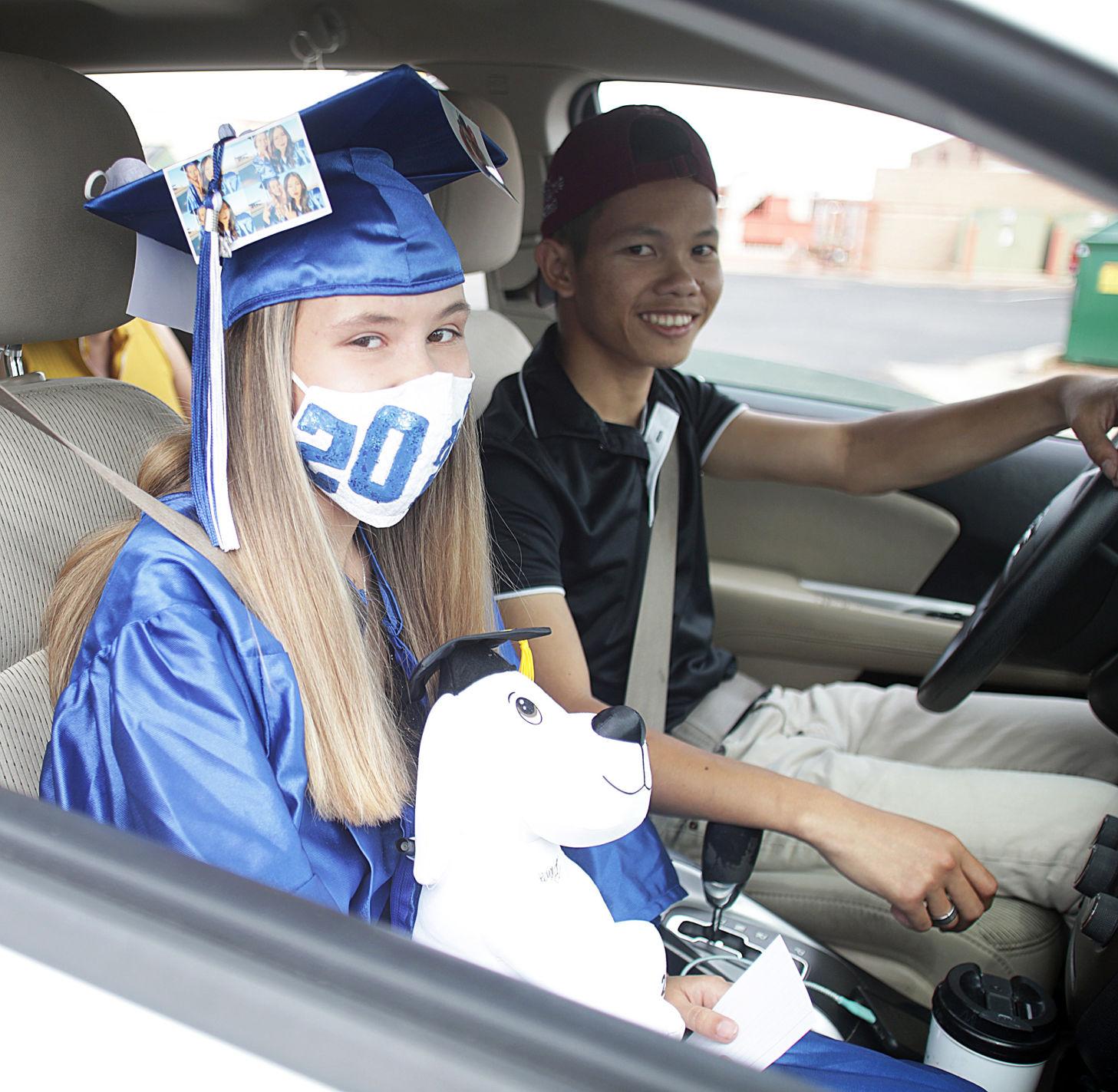