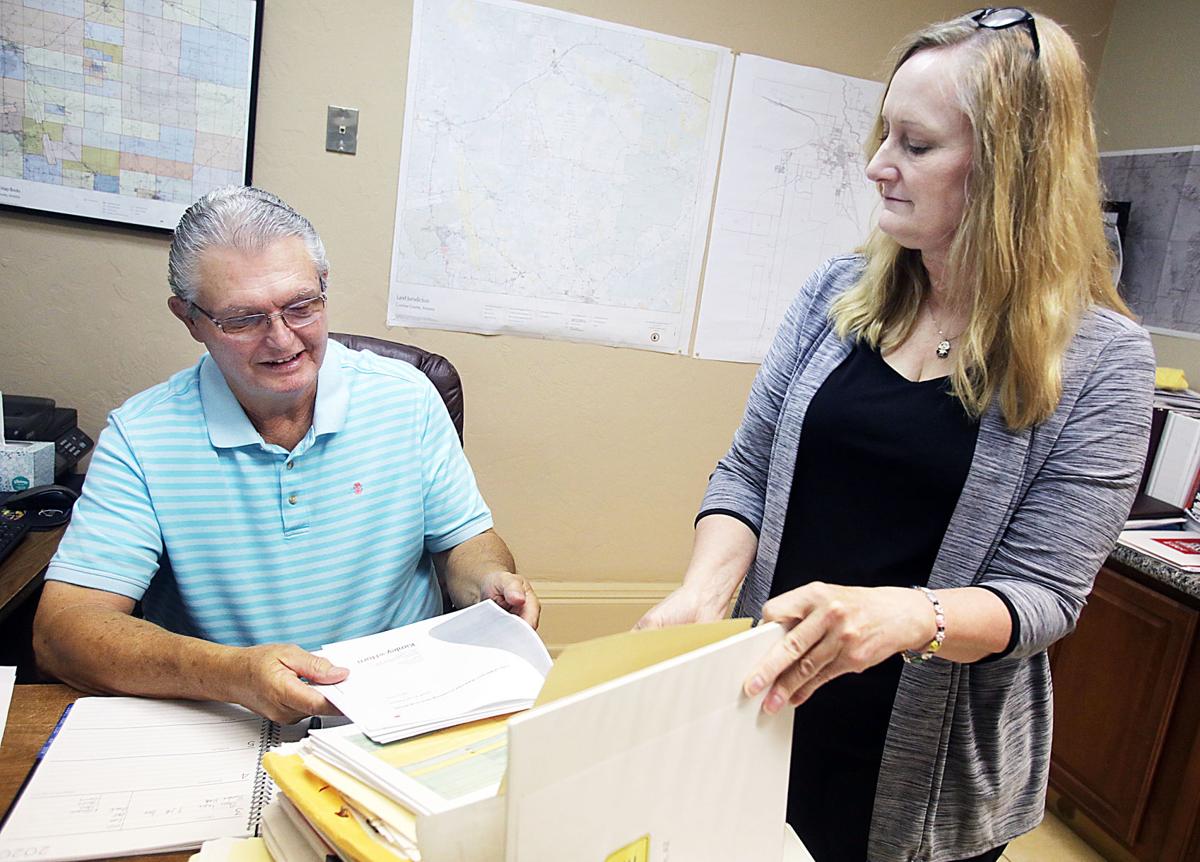 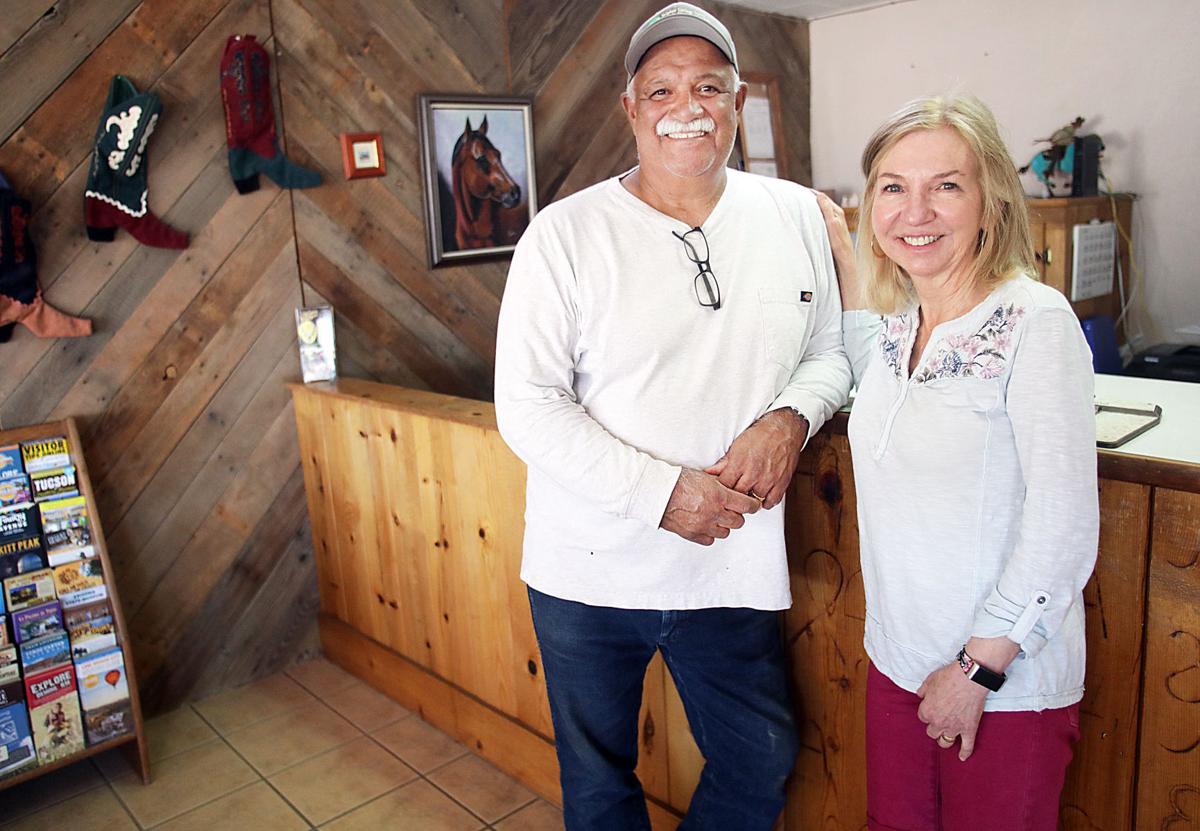 Dan and Pat Barrera stand in the lobby of their Quarter Horse Motel and RV Park Tuesday in Benson. The Barrera’s are proponents of a Quiet Zone proposal for Benson. 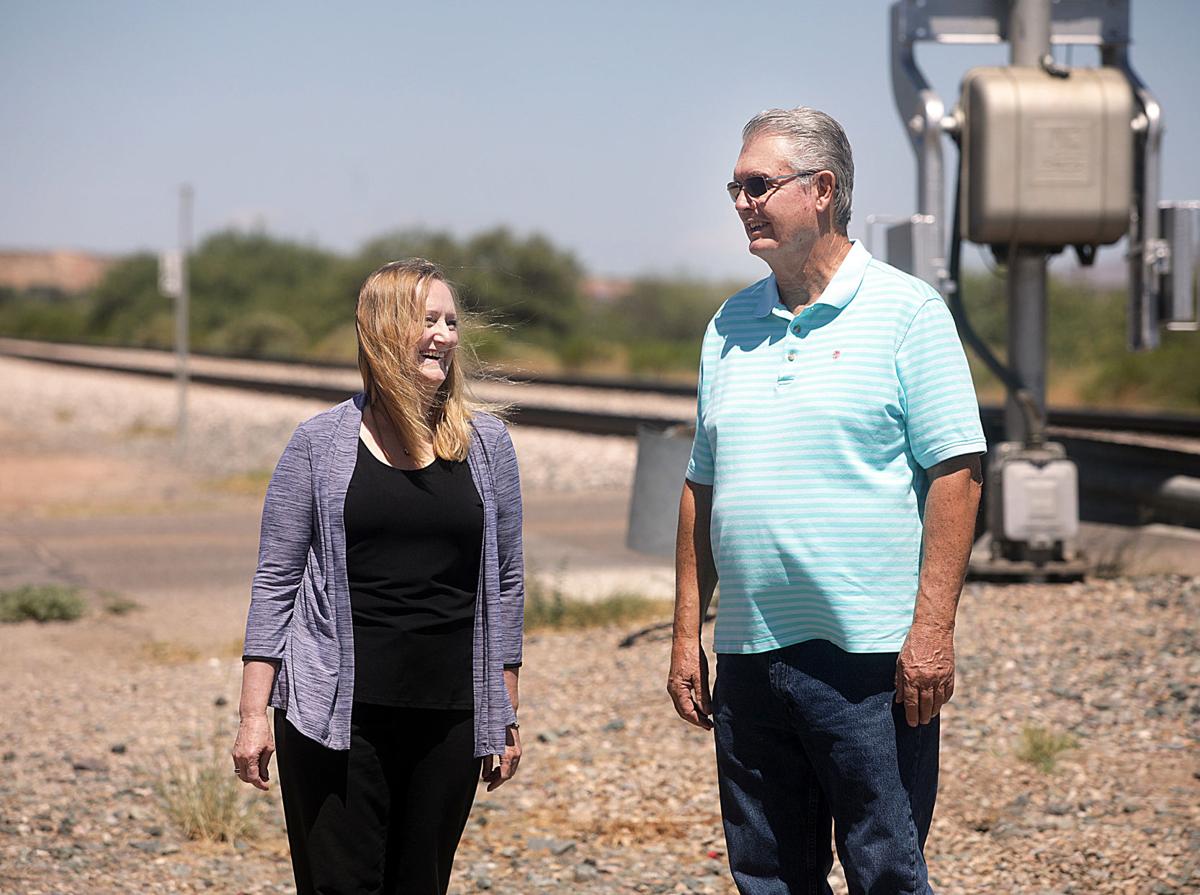 Dan and Pat Barrera stand in the lobby of their Quarter Horse Motel and RV Park Tuesday in Benson. The Barrera’s are proponents of a Quiet Zone proposal for Benson.

BENSON — Founded in 1880 when Southern Pacific Railroad came through the area, Benson’s history is intimately tied to the rail industry.

Images of trains that have rumbled through the city are displayed on murals throughout the community and in 2012, Union Pacific (UP) Railroad recognized Benson with a “Train Town USA” distinction.

While the city embraces its historic ties with the railroad, there is a “Quiet Zone” movement underway that would stop locomotives from sounding their horns while at rail crossings.

Quiet Zone backgroundThe recent discussion began in 2015, when a quiet zone discussion item appeared on the agenda of a Benson City Council meeting.

Defined as a segment of rail line where locomotive horns are not routinely sounded at roadway crossings, most business leaders and economic development experts support the prospect of a quiet zone in Benson.

“When the discussion came up in 2015, the City Council approved a $16,000 feasibility study prepared by Kimley-Horn and Associates Inc. out of Tucson,” said George Scott, executive director of Southeast Arizona Economic Development Group, or SAEDG. “there were questions about the cost that would come with configuring the rail crossings, along with safety concerns.”

The study, which came out in 2016, outlined a list of safety requirements set by Union Pacific Railroad for Benson’s three rail crossings located at Ocotillo, Patagonia and Ocotillo streets. At the time, the total estimated cost for the project came in around $600,000, Scott said. Each of the three crossings would require such intersection upgrades as central islands, sidewalks, curbing, railroad signage and street signs on Fourth Street to make them safe without warning horns. The half million dollar outlay was too costly for Benson, and the project was put on hold, but certainly not forgotten, said Scott, who is actively looking for grants and other revenue sources to lower the cost.

The quiet zone proposal was revisited in April 2018, spearheaded by SAEDG.

“We started working on a quiet zone proposal when a group of concerned citizens and business leaders asked SAEDG to explore what could be done about the excessive noise from train horns,” said Carol Treuber, SAEDG associate director.

When presented with the community’s concerns, the 2018 City Council sanctioned a Quiet Zone Task Force to investigate the proposal.

“We (SAEDG) handle the project management side of the effort and we have a quiet zone team that works with us,” Treuber said. “The team visits the community, answers questions about the project and they’ve gathered nearly 500 petition signatures in support of a quiet zone. They also have letters of support. All three entities — SAEDG, the task force and quiet zone team — work together to explore options as we continue to work on the project.”

Moving forwardToday, Kimley-Horn is in the process of providing an upgraded report with a new estimated cost for the project.

“I’m sure the estimate will come in higher than it did in the 2016 study,” said Scott, who expects the city to have the new estimate in about 30 days.

“Our goal is for Benson to join the other 14 Arizona cities and towns that have quiet zones,” he added.

“Once we get the updated numbers, we can start working with the Arizona Department of Transportation, Union Pacific, Cochise County and other entities to lower the cost of each crossing so it’s affordable for the City of Benson,” said Scott, who noted that the County helped pay for quiet zone crossings in Bowie and Dragoon.

“Cochise County government has indicated that they will work with the City of Benson on some of the safety improvements to the crossings,” Scott said.

“City Manager Vicki Vivian has been very cooperative about this and is willing to move the project forward if we can bring the cost down through alternative ways of financing the project,” Scott said. “The quiet zone project is supported by most Benson businesses.”

Dan and Pat Barrera, owners of the Quarter Horse Motel, RV and Mobile Home Park in Benson near the Ocotillo rail crossing, are outspoken advocates of the quiet zone proposal.

When questioned about the cost, Dan Barrera mentioned the assistance that Dragoon received from the county for its crossing and said he hopes to see the county consider doing the same for Benson.

“Willcox is a quiet zone with three crossings and some of then do not have the same safety restrictions that were placed on the City of Benson,” Barera said. “Some of those crossings do not have the length of medians that prevents traffic from crossing over onto the tracks or from making U-turns, which are safety issues,” he added.

He also noted that several residents in his mobile home park have attended quiet zone meetings and reported being disappointed and disheartened by the outcome.

“I’m glad to hear that SAEDG is revisiting this issue because I believe it’s very important for the City of Benson from a safety standpoint and an economic standpoint,” Barrera said.

While Benson Mayor Toney King says he supports the idea of a quiet zone for Benson, he does not feel the city can afford the cost without funding support.

“Because of the cost, we’re a long way from having a quiet zone in Benson,” King said. “It’s going to take a lot of money and a lot more research before we attempt it. I know that George (Scott) is trying to find ways to fund it, and if he’s successful, then I’m sure the city will move forward with the project. But without alternative funding, making Benson a quiet zone is something that will have to be done as a future project.”

Meanwhile, Scott plans to wait and see what the new cost analysis for the project reveals.

“Making Benson a quiet zone is important for our community, and we’re going to work at making it happen,” Scott said. “We’re determined to keep pushing forward with the project and explore different options for financing it.”

Arguments in support of quiet zones, provided by (SAEDG):