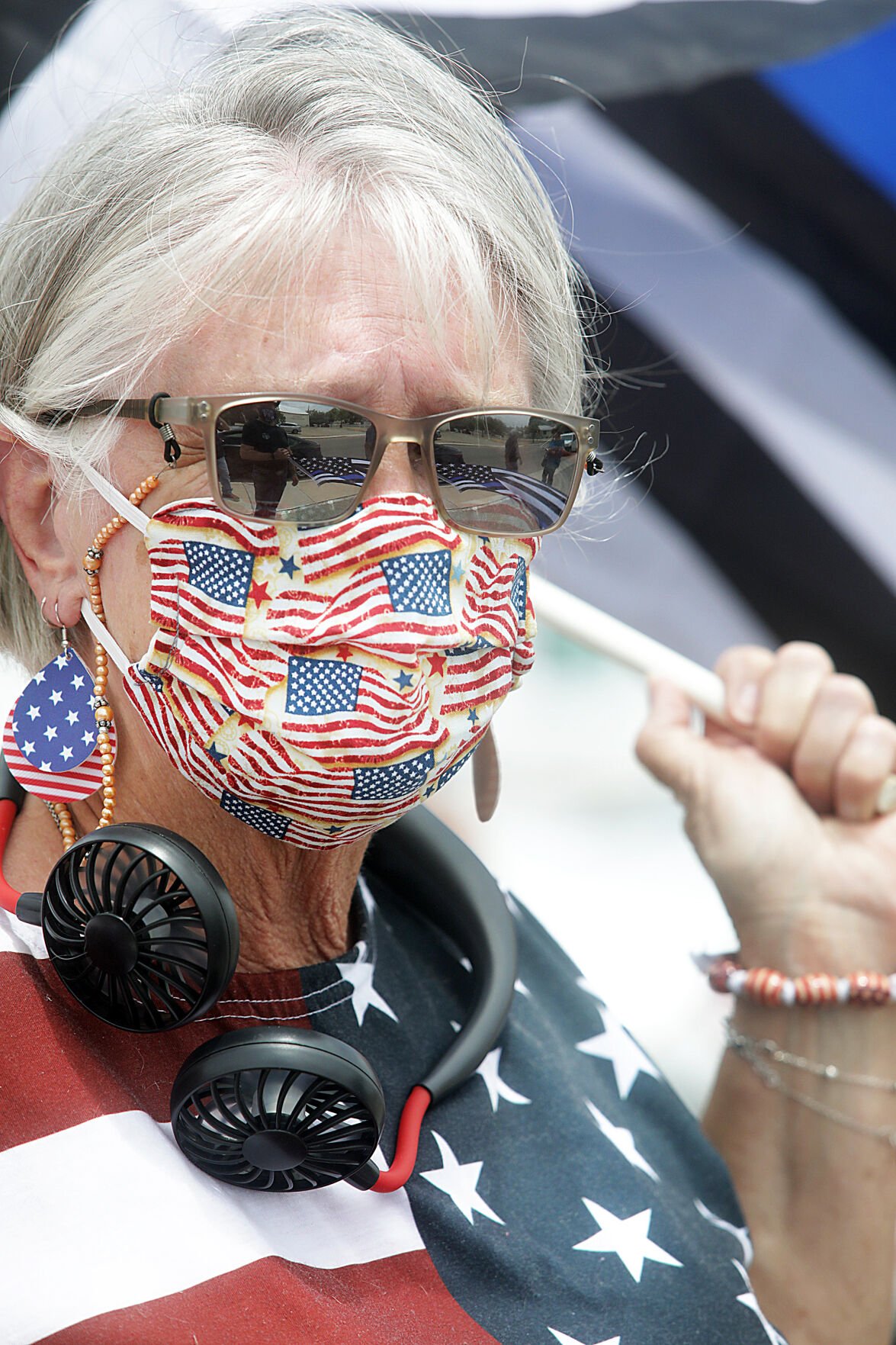 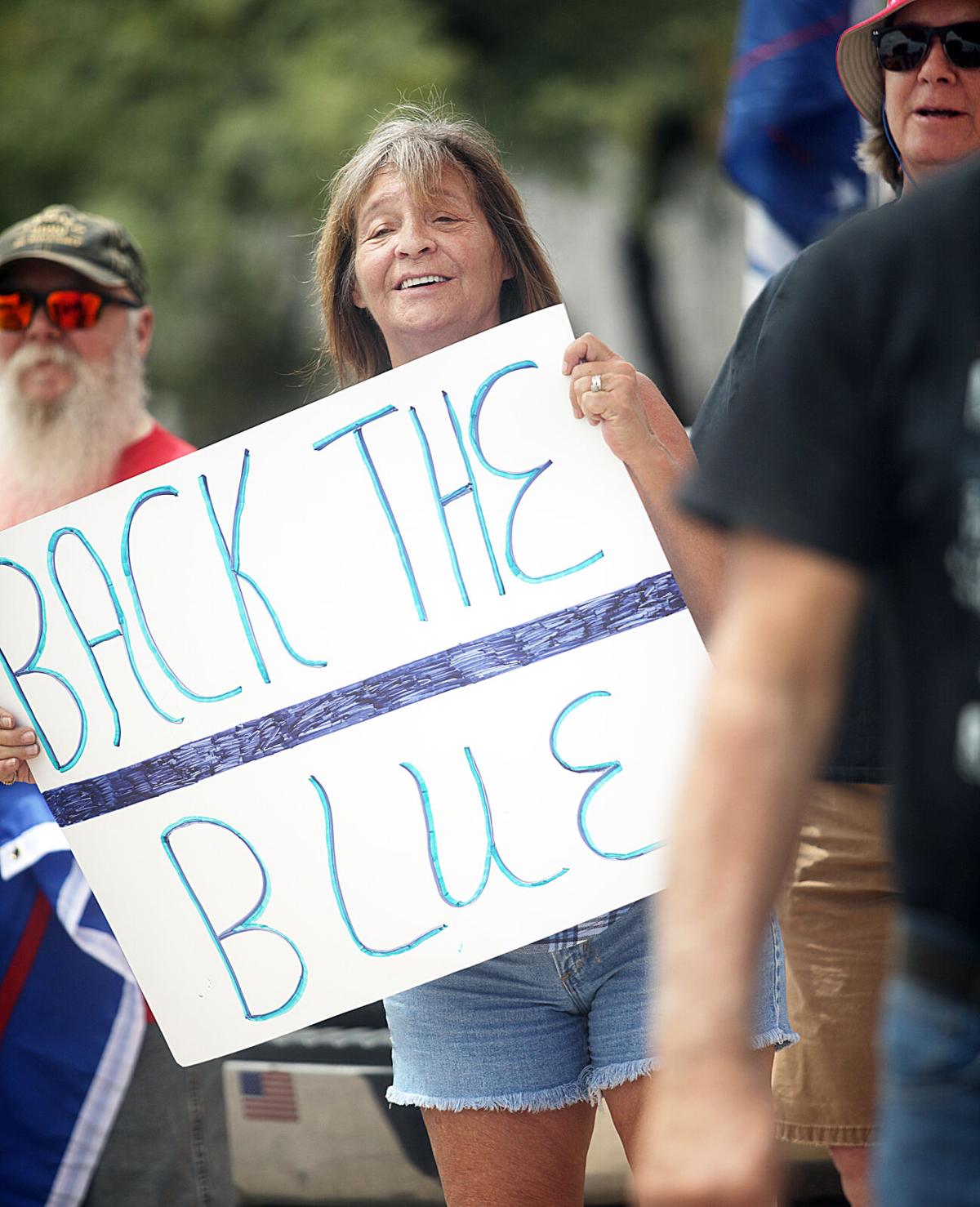 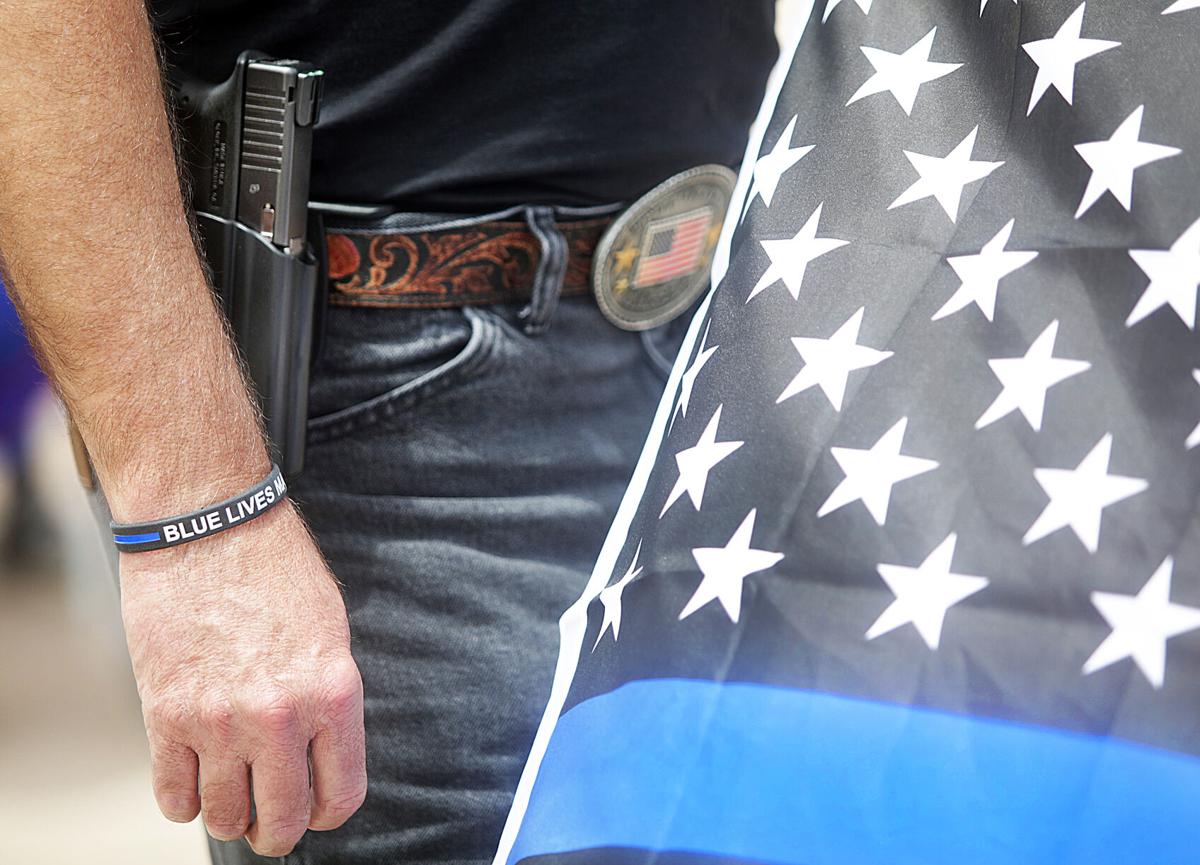 Back the Blue supporters rally in Benson as part of a nation wide event. 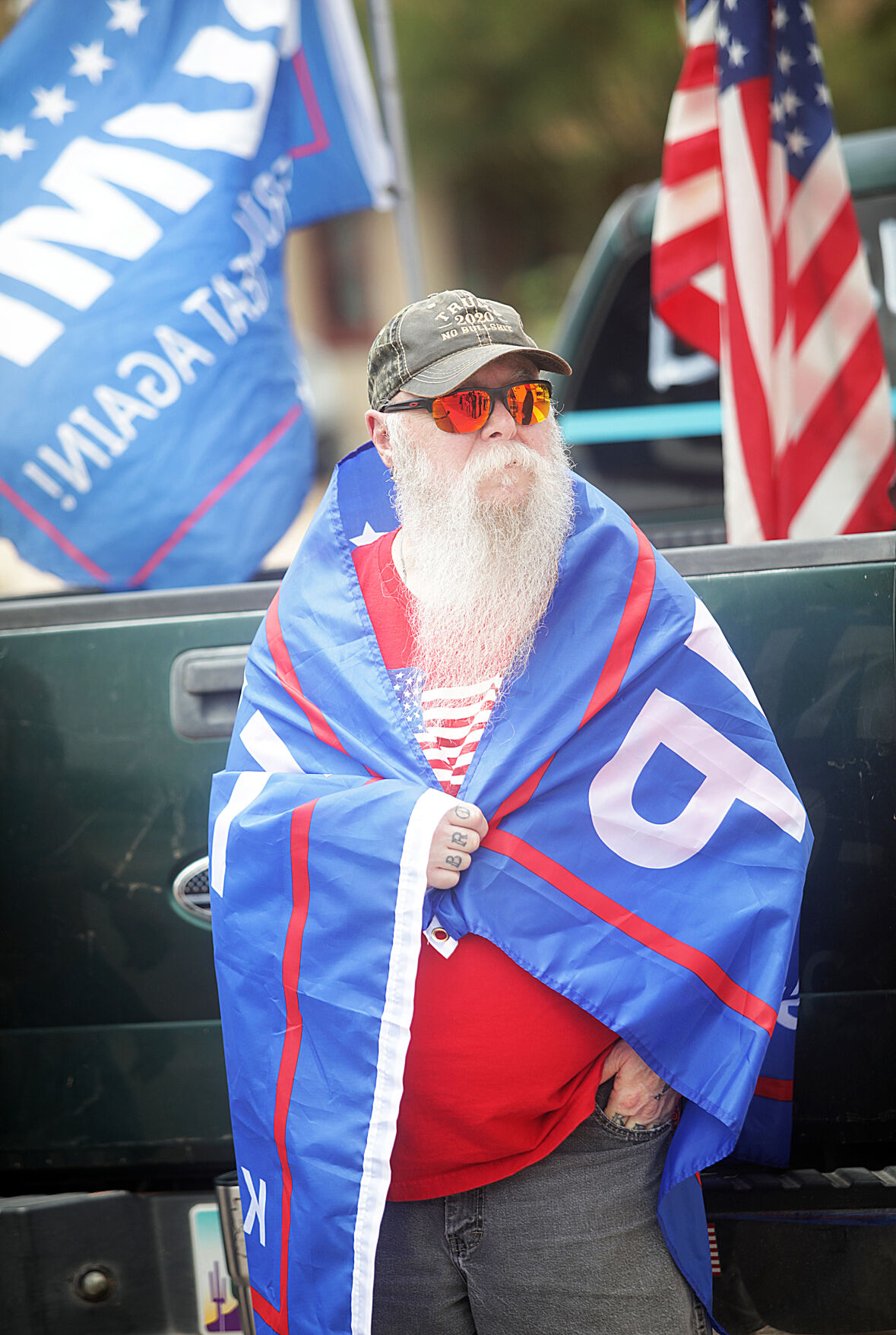 Back the Blue supporters rally in Benson as part of a nation wide event.

BENSON — Amid the Black Lives Matter and other protests taking place nationwide, a group of sign-carrying law enforcement supporters held a rally in Benson on Saturday rally behind those often targeted by the current wave of unrest.

“‘Back the Blue’ rallies have been popping up all over the country, and I think it’s about time for the American people to stand up for our men and women in blue,” said Benson resident John Vassallo, who organized the event.

“I’m tired of hearing about defunding the police and I wanted to do something in a show of support.”

On Saturday, “Back the Blue” rallies were happening all over the country at the same time, Vassallo said.

“I have two sons that are police officers, one in Colorado and one in Texas, Olbert said. “This rally is very important to me because it’s wrong for people to demonize police officers because of the actions of a few. It’s extremely disheartening.”

Olbert said that serving as a law enforcement officer is a passion.

“We are for the community and part of the community, and we’re affected just as much as anyone else by what goes on.”

As a member of the Tucson Police Department, Olbert said he ran youth programs.

“It was rewarding for me because I felt that I influenced kids in a positive way,” he said. “The program was designed to teach values and character building and you always feel good about that one kid you know you’ve impacted. I’m still in contact with some of those kids.”

While Back the Blue rallies called for supporters to gather at city halls, Benson’s group moved their event to Fourth and Patagonia streets for better exposure.

Passers-by stopped and cheered, car horns sounded and some people joined the group.

“I’m glad to see the support,” Smith said. “Our police officers do a great job and they deserve it.”