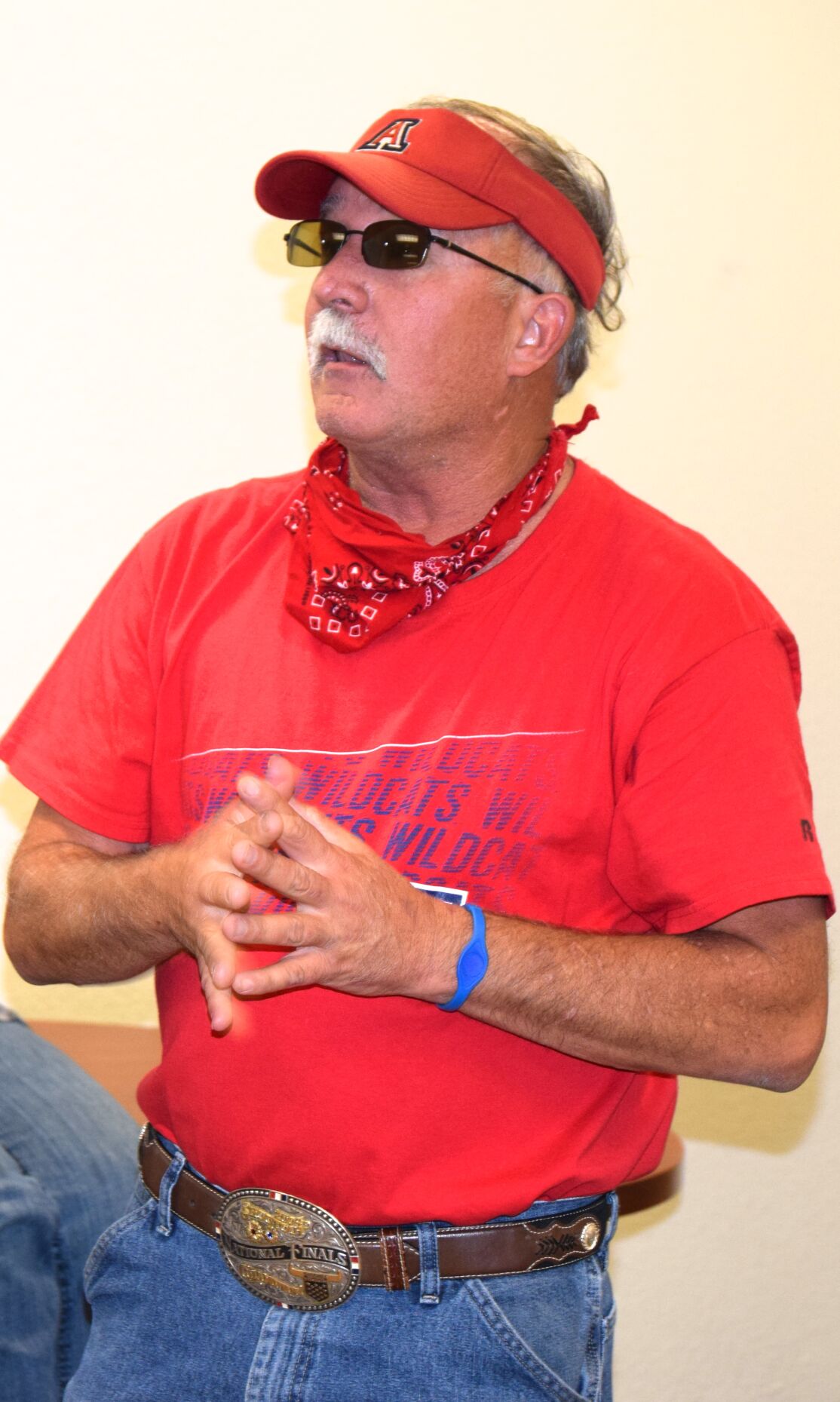 Benson resident Philip Bridgford expresses concerns about a federally-funded facility in Benson that is being used as transitional housing for illegal immigrant boys 12 to 17 years old. 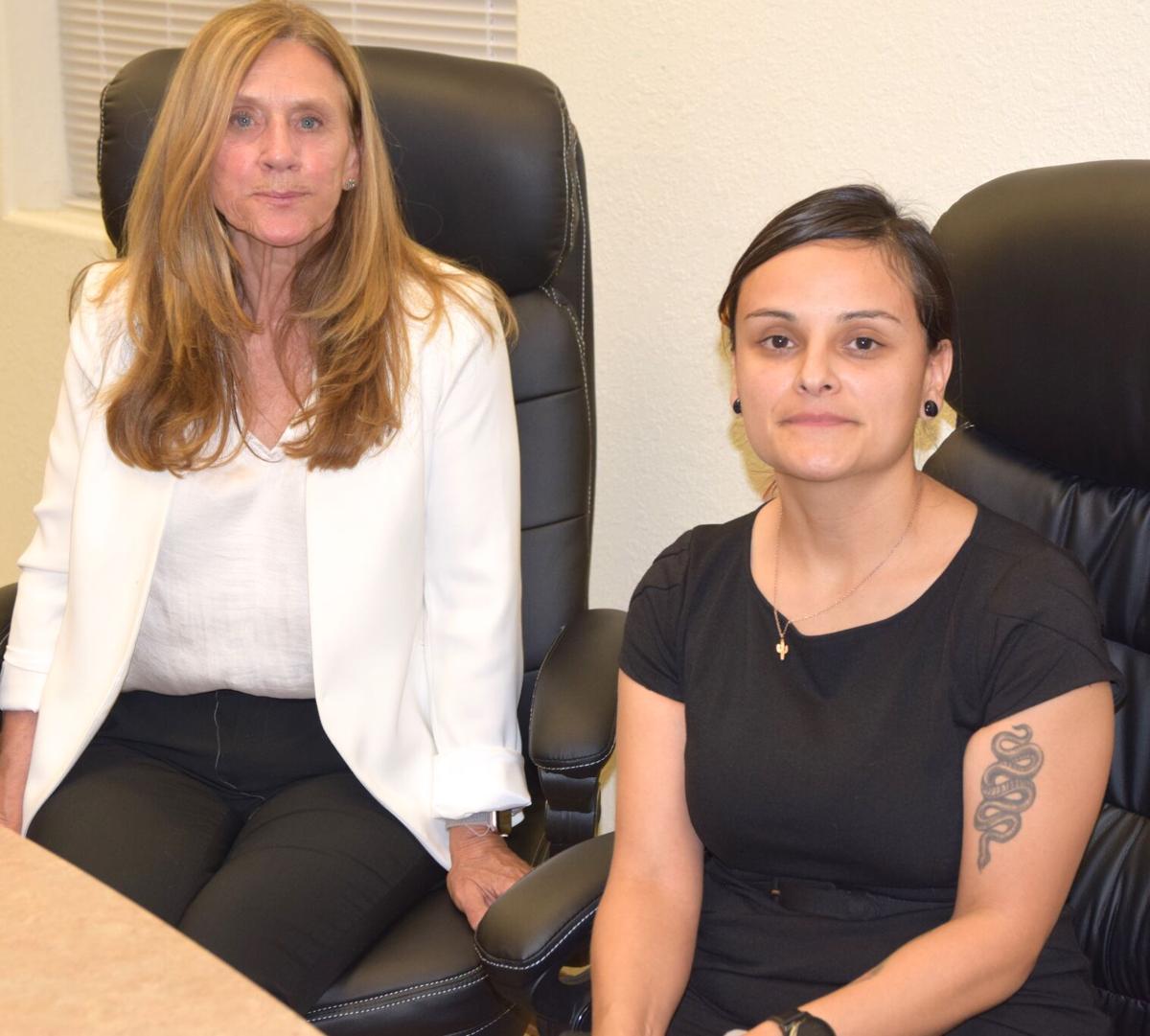 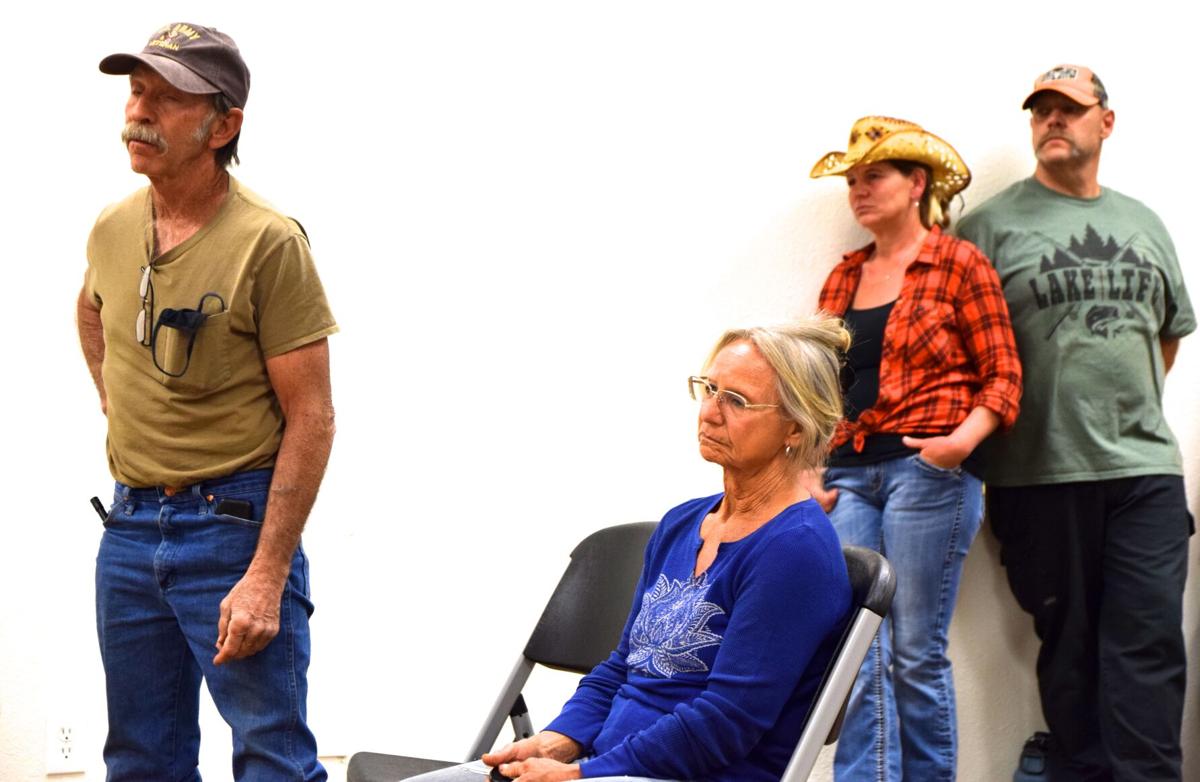 Jim Tulles of Dragoon speaks out about  immigration concerns for people living in rural areas near the Southwestern border. 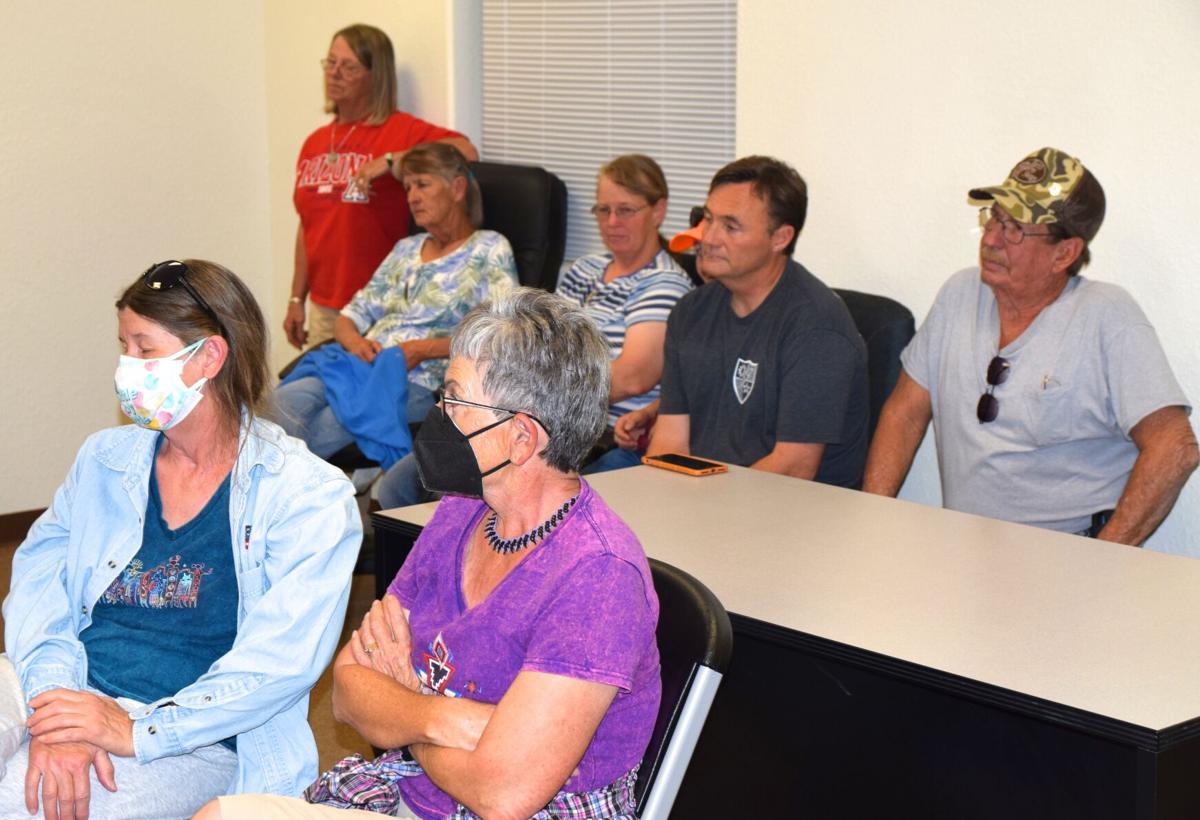 A group of residents from Benson and surrounding communities listen to questions about a federally-funded facility that has been established in Benson as transient housing for illegal immigrant boys between 12 and 17 years old.

Benson resident Philip Bridgford expresses concerns about a federally-funded facility in Benson that is being used as transitional housing for illegal immigrant boys 12 to 17 years old.

Jim Tulles of Dragoon speaks out about  immigration concerns for people living in rural areas near the Southwestern border.

A group of residents from Benson and surrounding communities listen to questions about a federally-funded facility that has been established in Benson as transient housing for illegal immigrant boys between 12 and 17 years old.

BENSON — Residents of Benson and surrounding communities are questioning why city officials have allowed a former hotel to be used as transitional housing for unattended migrant children.

The issue, which came up at a March 22 Benson City Council meeting, has erupted into a heated debate, with city staff coming under attack for allowing “illegal immigrant children” to be housed at a federally-funded facility managed by VisionQuest National LTD.

An Arizona-based company that provides services for youth in transition, VisionQuest is occupying a recently remodeled hotel in Benson for the purpose of housing unaccompanied migrant boys between the ages of 12 and 17. It’s one of several for-profit businesses currently under contract with the federal government that provides housing for migrant children entering the country without a parent or guardian.

The facility in Benson can house up to 60 children, but because of COVID, 20 are housed there. Licensed under the Department of Child Safety, the facility is limited to 48 kids.

In an effort to address the public’s concerns and answer questions regarding VisionQuest and its role in Benson, along with a number of immigration-related questions, Benson Mayor Joe Konrad requested an informational meeting on April 1 for the community’s benefit. Cochise County Sheriff Mark Dannels attended the session to provide updates about the border, while City Council members listened to questions from residents.

There are other transitional housing facilities for migrant children that have been established for long-term stays, Keller said. When asked about its role in Benson, Keller said that VisionQuest’s mission is to take care of kids, both domestic kids and now unaccompanied minors.

Keller spoke of the immigrant’s intake process, which starts on the border with Immigration and Customs Enforcement officials.

In response to the public’s concerns about cartel influences and dangerous gangs, Keller said the children are carefully vetted by trained ICE officials who look for specific behaviors or red flags.

“We receive kids that have been identified as low-risk, who are basically going to family members that live in this country,” she said.

“Once they are with family members or sponsors, they will be connected with lawyers who will help them with their legal case for asylum.”

Upon their arrival in Benson, Keller said the unaccompanied minors are COVID tested and quarantined for 14 days.

“During the 14 days, we’re contacting sponsors and doing background checks on those sponsors,” Keller said. “The minors attend school through Zoom classes through their quarantine period, and many of them leave the VisionQuest facility in Benson as soon as they are out of quarantine. They are flown to family members or sponsors in other parts of the country. So, most of them are housed in our facility for a very short time.”

In response to heated questions from the public about why the city of Benson would issue a permit that “provides housing for children who are in the country illegally,” Konrad informed residents that the facility is legally permitted and legally occupied.

The VisionQuest facility has grown from a need created by flawed border policies at the federal level, said Konrad, who toured the property with Dannels on March 30. Both described the facility as clean, organized, well run and well managed.

While neither Konrad nor Dannels have problems with how the shelter is operated, they do have issues with why such facilities are necessary in the first place. The answer does not lie with financial support to build more shelters, Konrad said, but lies with support in fixing a broken immigration system.

“We need to fix the border and get some order in the chaos,” the mayor added.

“This is a federal problem that is being totally neglected,” he said. “I’ve sent letters to both of our U.S. Senators — (Kyrsten) Sinema and (Mark) Kelly — and have been totally ignored ... That kind of puts it into perspective.”

In order to be heard, residents need to come together and bombard politicians with letters, Konrad said.

“Our senators are representing the administration and they’re not representing us,” he added. “I have a problem with that.”

Community questionsQuestions about the “building use” wording that helped to pave the way for VisionQuest came up repeatedly at Thursday’s meeting. Many residents felt the “building use description” — submitted by the property owner to Benson’s planning and zoning department — is misleading.

“The permit does not indicate that the facility is for children who are in the country illegally,” said Mescal resident Sherry Jean.

The application submitted to the city describes the building’s use as a transitional facility to temporarily house children from 10 to 17 years old until a permanent home can be found. There is no mention that the children are unattended migrants.

The description goes on to say that the average stay will be seven days, not to exceed 29 days, and that the building is not to be used as an institutional facility.

St. David resident Katie Miller argued that when people are housed on a property and are not allowed to move freely, the facility is a detention center.

“It’s a detention center when you aren’t free to move on your own recognizance, which indicates a change of use,” she said. “There’s a fence all around that building, and the people housed there are not free to go.”

Another woman noted that the “feds came in and turned Benson into a sanctuary city.”

With a significant amount of federal dollars going into the VisonQuest facility, the question of Benson’s “cost benefit” was raised.

“Are we (Benson) getting anything out of that federal contract?” a member of the audience asked.

“We are not,” Konrad responded. “There’s no revenue generated for the city from that facility.”

Dragoon resident Jim Tullis said he appreciates the fact that Konrand, the council members and Dannels took the time to meet with the community, answer questions and listen to concerns.

“This is a big issue for all of us, and we need to know what we can do be heard by our legislators.”