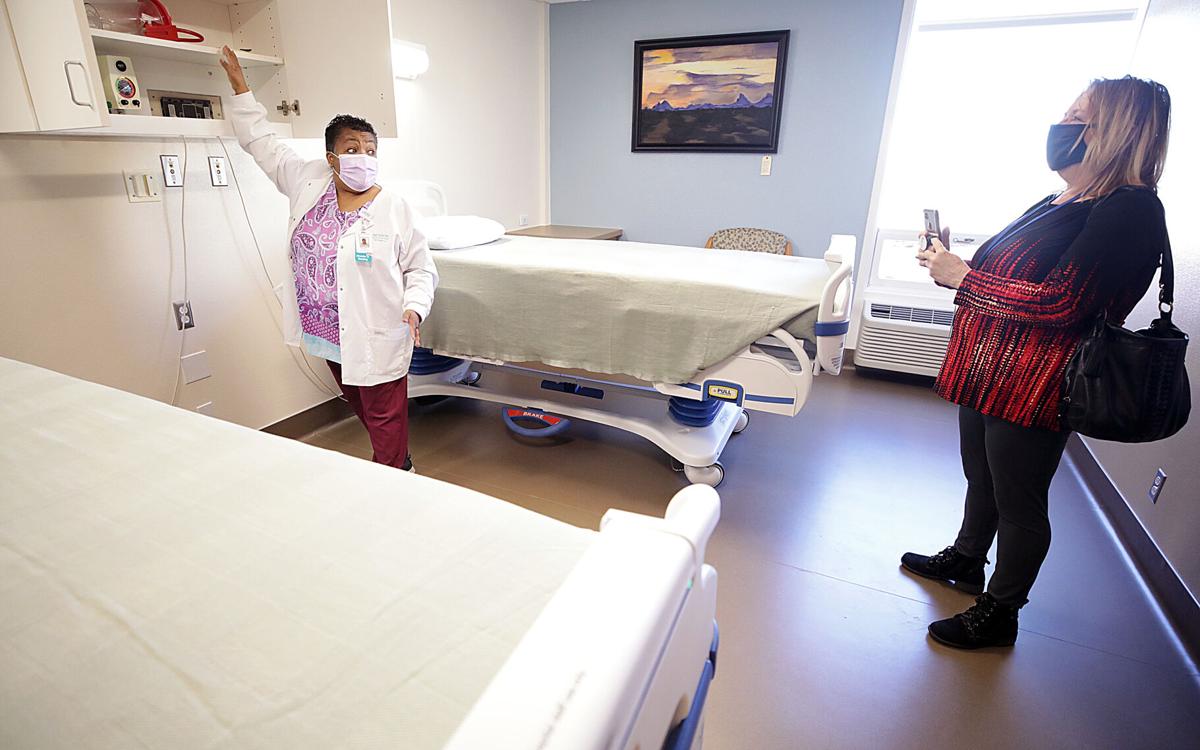 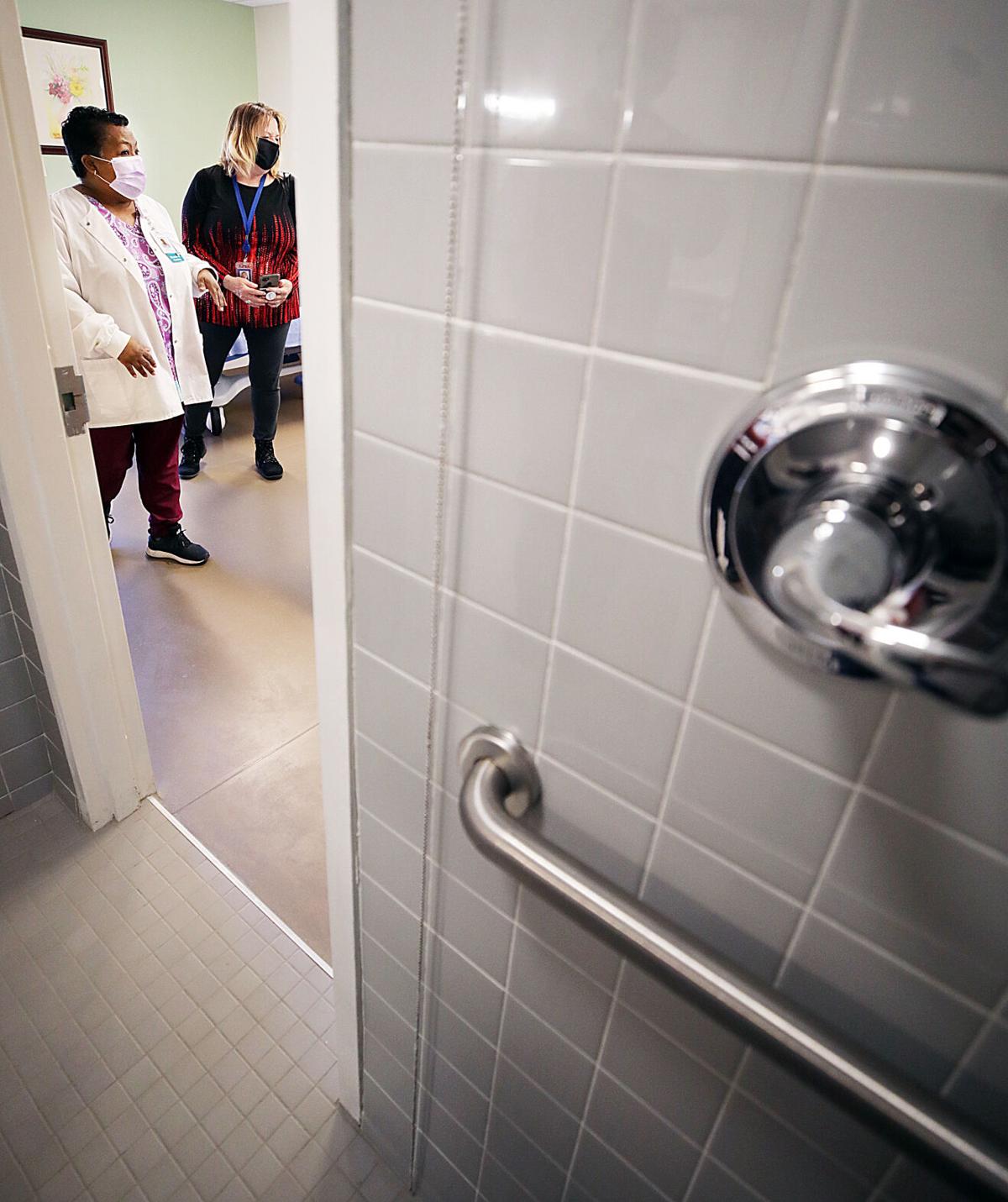 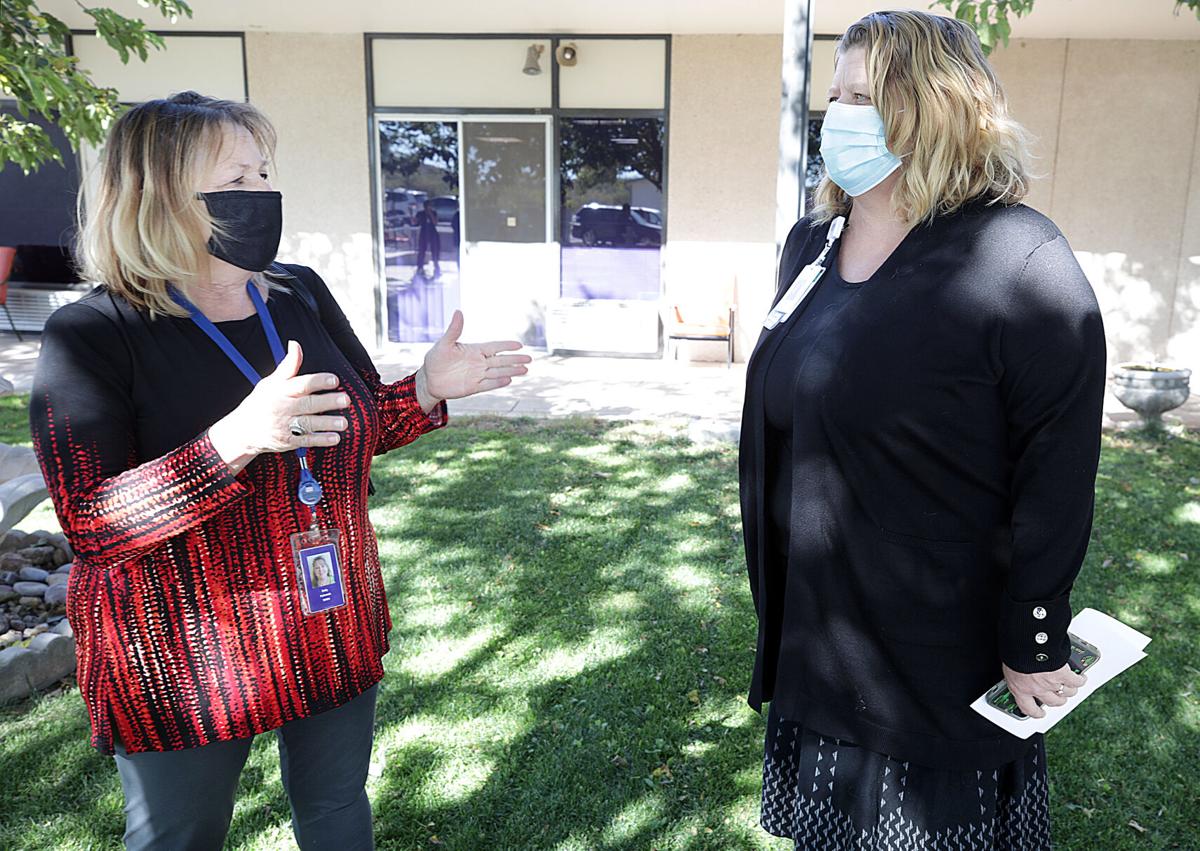 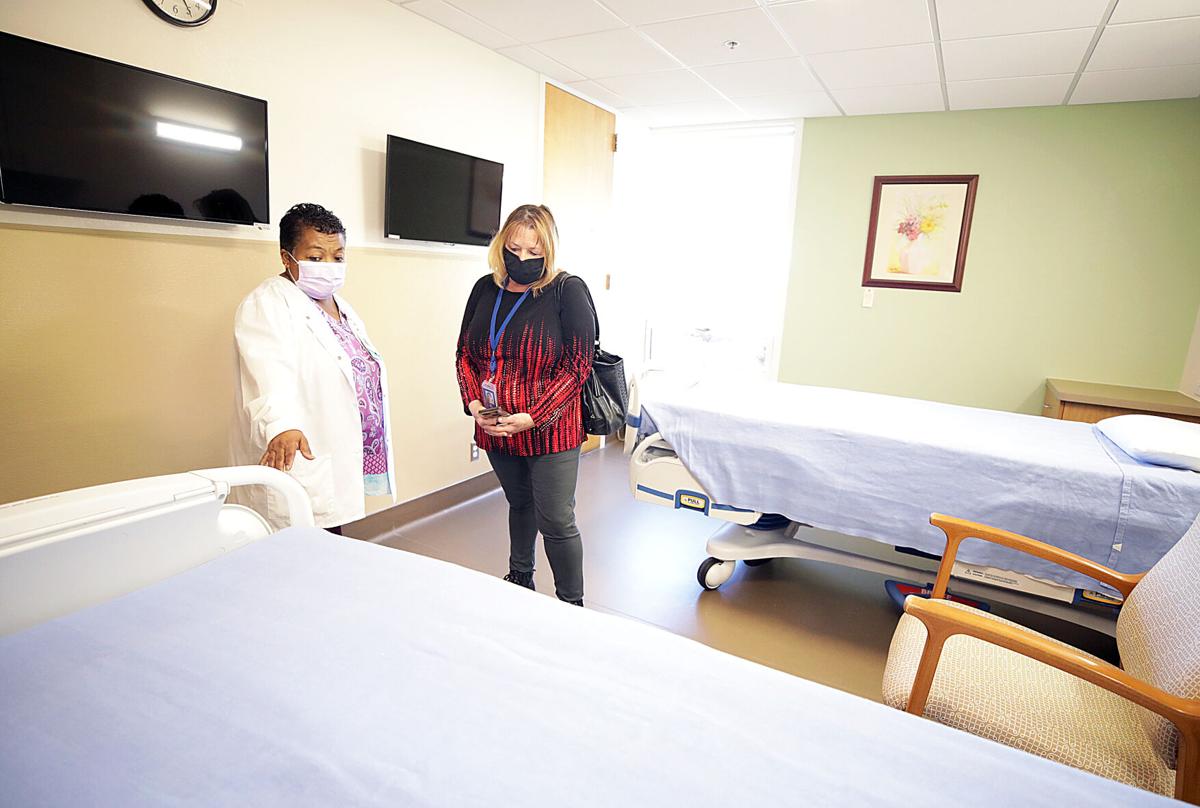 Sally Holcomb listens while Benson Hospital Director of Nursing Velma Cooper explains the features in one of the hospitals’ four renovated rooms.

Sally Holcomb listens while Benson Hospital Director of Nursing Velma Cooper explains the features in one of the hospitals’ four renovated rooms.

“Arizona Complete Health proudly supports our rural health care providers, like Benson Hospital,” said plan president Martha Smith. “Rural providers are a lifeline to the communities they serve. Too often they are forced to forgo simple upgrades and repairs that are important to achieving the best possible outcomes for their patients. We are so pleased that our modest contribution was able to support room upgrades that were long overdue.”

According to Benson Hospital’s press release, “the $100,000 project, which was put on hold earlier this year due to COVID-19, included new flooring and ceiling, new tile and bathroom fixtures, and upgraded lighting. Earlier in the year, Benson Hospital purchased 14 new hospital beds for its inpatient unit. These four rooms compliment the two rooms renovated several years ago with funding from the TMC foundation. These two rooms, opened in 2018, are primarily dedicated to hospice care.”

“We are so pleased to be able to unveil these newly renovated rooms today,” she said. “The generosity of our donors has allowed us to make significant improvements to our facilities, which we believe will greatly enhance the experiences of our patients.”

“We are so fortunate to have the support of donors to invest in Benson Hospital’s improved operational performance which is such an important community resource,” she said. “From the exterior paint to new equipment, we continue to build upon the legacy of excellence the hospital is known for throughout the area.”

During a guided tour of the new rooms, Velma Cooper, director of nursing for Benson Hospital, mentioned that all four rooms had cabinets installed solely for the purpose of storing oxygen tanks. The tanks previously have been stored on the ground.

The rooms were designed by AP Interior Design and constructed by G&J Development.

In addition to the hospital and its emergency department, the small health system includes two primary care clinics and an outpatient rehabilitation center. Benson Hospital is affiliated with TMC Healthcare.