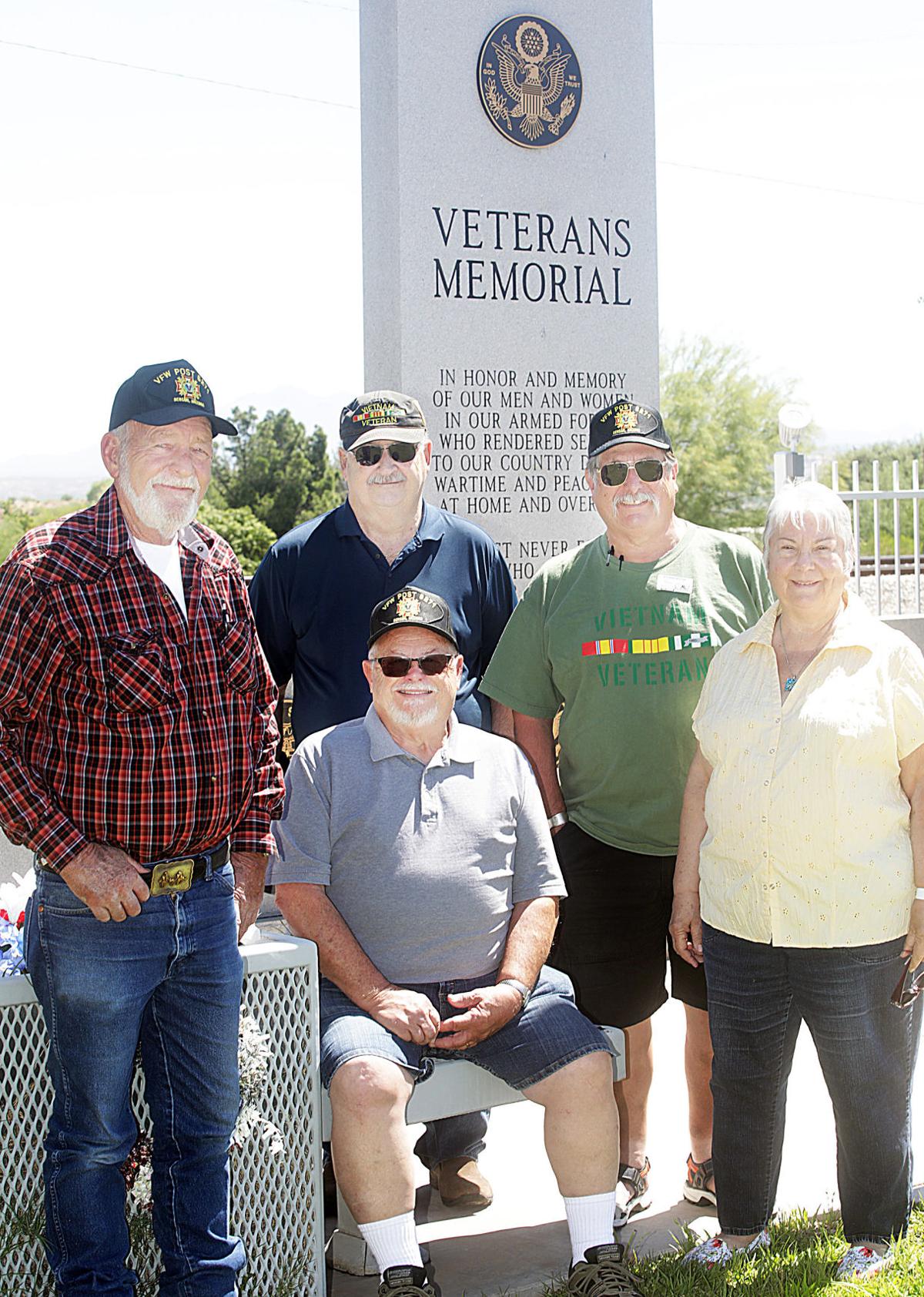 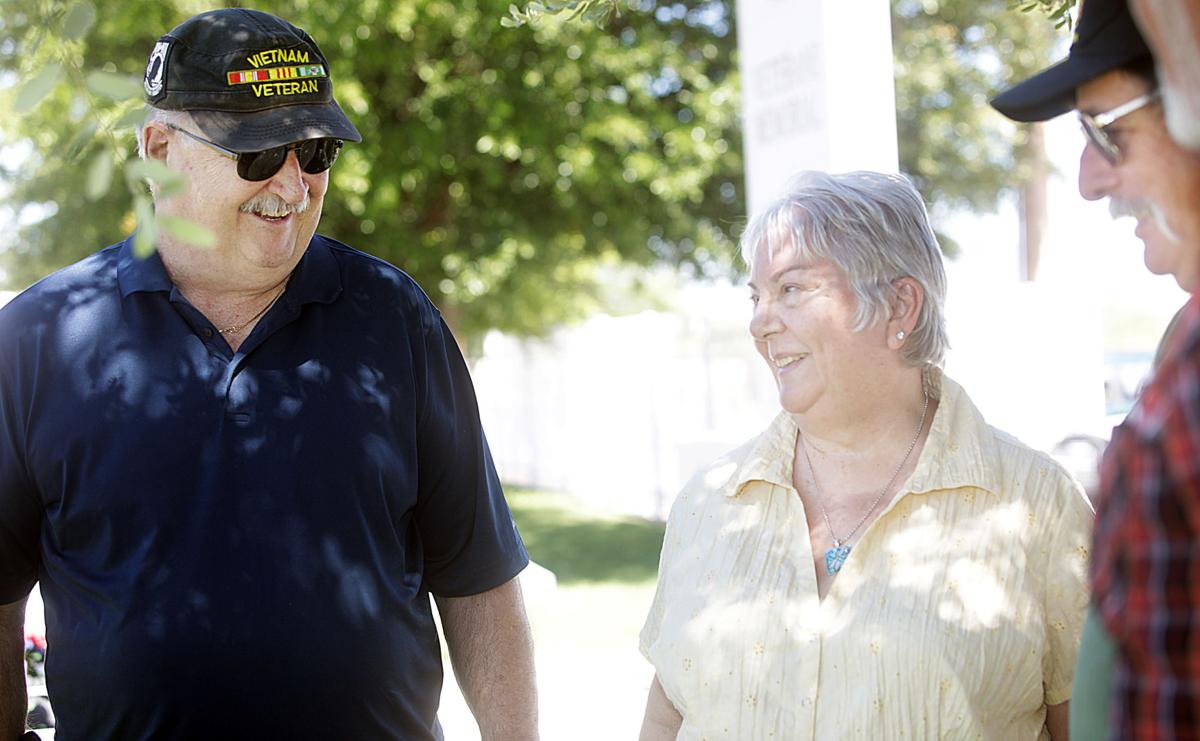 BENSON — When the American Veterans Traveling Tribute (AVTT) Vietnam memorial wall rolls into Benson on September 16 for a five-day celebration, it will be accompanied by a second tribute.

Along with the Vietnam Traveling Wall, AVTT is debuting its “Afghanistan & Iraq Warrior Tribute” in Benson through September 20, with both memorials on display at the San Pedro Golf Course in honor of the country’s veterans and active military personnel.

“So, Benson gets bragging rights for being the first town in the country to display the Afghanistan & Iraq Warrior tribute,” said Najayyah Many Horses, one of the celebration’s organizers. “We are honored to debut this amazing new memorial, dedicated to the men and women who gave their lives in the Afghanistan and Iraq wars.”

Initially, the Vietnam Traveling Wall was scheduled to arrive in Benson on June 24, but the COVID pandemic created tough restrictions that limited the public’s access to the 360-foot Vietnam Memorial Wall replica, which is modeled after the memorial in Washington D.C. Eight-feet tall at its apex, the AVTT wall is the largest of three traveling Vietnam memorials.

Sponsored by Benson and surrounding communities, both memorial tributes will arrive in town on Sept. 16 and be erected the following day at 8 a.m. by volunteers.

“The addition of the Afghanistan & Iraq Memorial brings our older veterans and younger generation of veterans together for this celebration,” Many Horses said. “It’s made up of 30 A-Frame tiles and is absolutely beautiful. It will not be on display again until its official debut in 2021, so this truly is a feather in Benson’s cap.”

Vietnam War veteran Michael Marks served as a Navy Corpsman in the war. He lost two brothers to Vietnam, and a third was gravely wounded.

“There were three of us in Vietnam at one time in 1969,” Marks said. “The Vietnam memorial wall means a lot to me. I try to raise funds to help pay for the traveling walls when they come into communities, which is what I’m doing now for this event.”

As a 20-year Vietnam Veterans of America (VVA) volunteer, this is the fifth Vietnam memorial wall Marks has helped bring to communities through his fundraising efforts.

“You need to raise about $25,000 for this project,” he said. “I go to the American Legions, the VFWs and various car dealerships looking for funding. Raising money for the wall is the toughest part of this effort.”

Marks has also contacted organizations in Phoenix about acquiring items to give those Vietnam veterans who attend the display.

“This event is for all veterans, and it definitely has state-wide appeal,” he said. “I look forward to seeing the Afghanistan & Iraq memorial when it’s in Benson. I think it’s amazing that we’ve been selected to debut this new memorial.”

With a full slate of activities that extend from 9 a.m. to 9 p.m. on Sept. 19, the “Heroes Welcome” celebration features an F-16 fly over, two inspirational keynote speakers in Vietnam veteran Bob Wieland and Green Beret John Arroyo, and the renowned “Voices of Service” military quartet, a show-stopping group that wowed judges when they appeared on America’s Got Talent.

As part of the event’s fundraising effort, Many Horses and her assistant Pat Myers-Sepulveda have launched a “Rally for the Vets” team event, where members of the community support the two tributes and associated activities by forming teams that collectively raise $1,000 or more per team.

“These teams choose a fun name, come up with a slogan and colors and post their progress on our chamber Facebook page,” said Many Horses. “It’s your opportunity to post photos and be braggadocious about how much money you’re raising for a great cause.”

Ads for a keepsake, full-color program book in magazine format are being sold, with Suzzi Wells pounding the pavement as she solicits advertisers for the project. The program book is filled with stories, poetry, articles and photographs.

“It goes far beyond an advertising booklet,” said Myers-Sepulveda, herself a Vietnam war veteran. “This is a full-color magazine, with very moving journal entries by a Vietnam War veteran that have been interspersed throughout the program.”

The advertising deadline for the program book is July 16. The goal is to produce a 40-page book, and there is still room for more ads, according to Wells.

Sponsorships are available for the American Veterans Traveling Tribute (AVTT) Traveling Vietnam Wall and Afghanistan & Iraq Warrior tributes, which will be in Benson from Sept. 16 through 20. The two memorial tributes will be on display at the San Pedro Golf Course, 926 N. Madison Ave.

Sponsorships include the following options:

Volunteers are needed to help erect the memorials at 8 a.m. on Sept. 17 at the San Pedro Golf Course, and to dismantle them at 3 p.m. on Sept. 20.