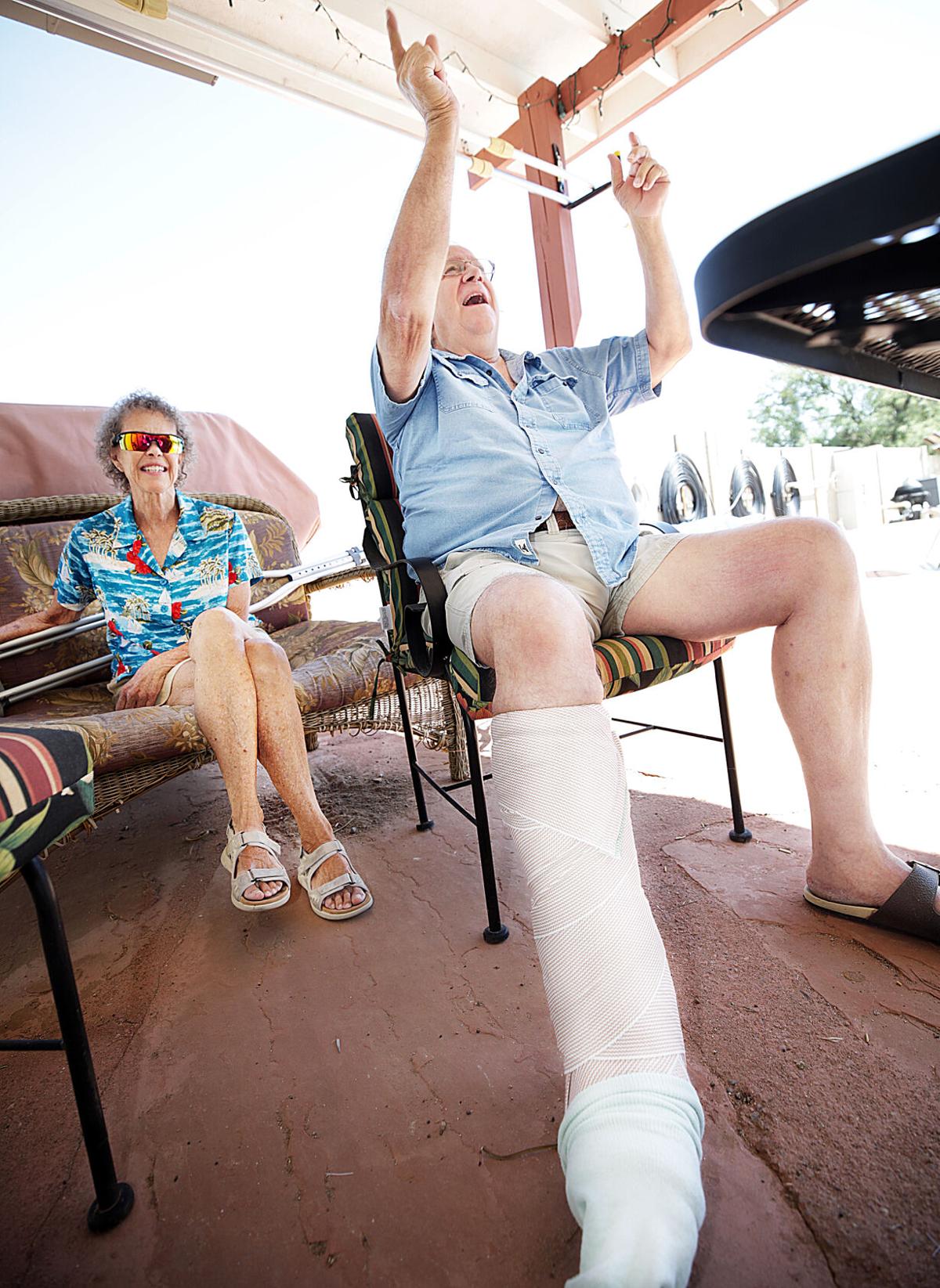 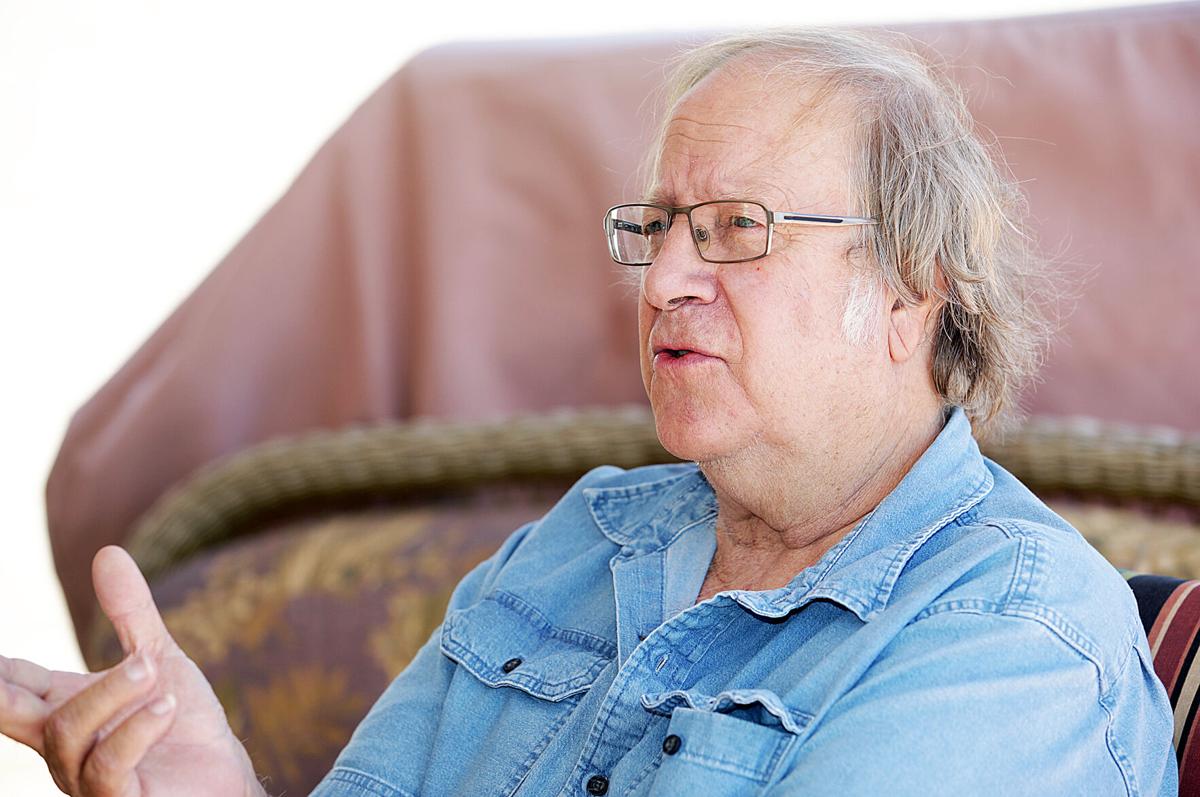 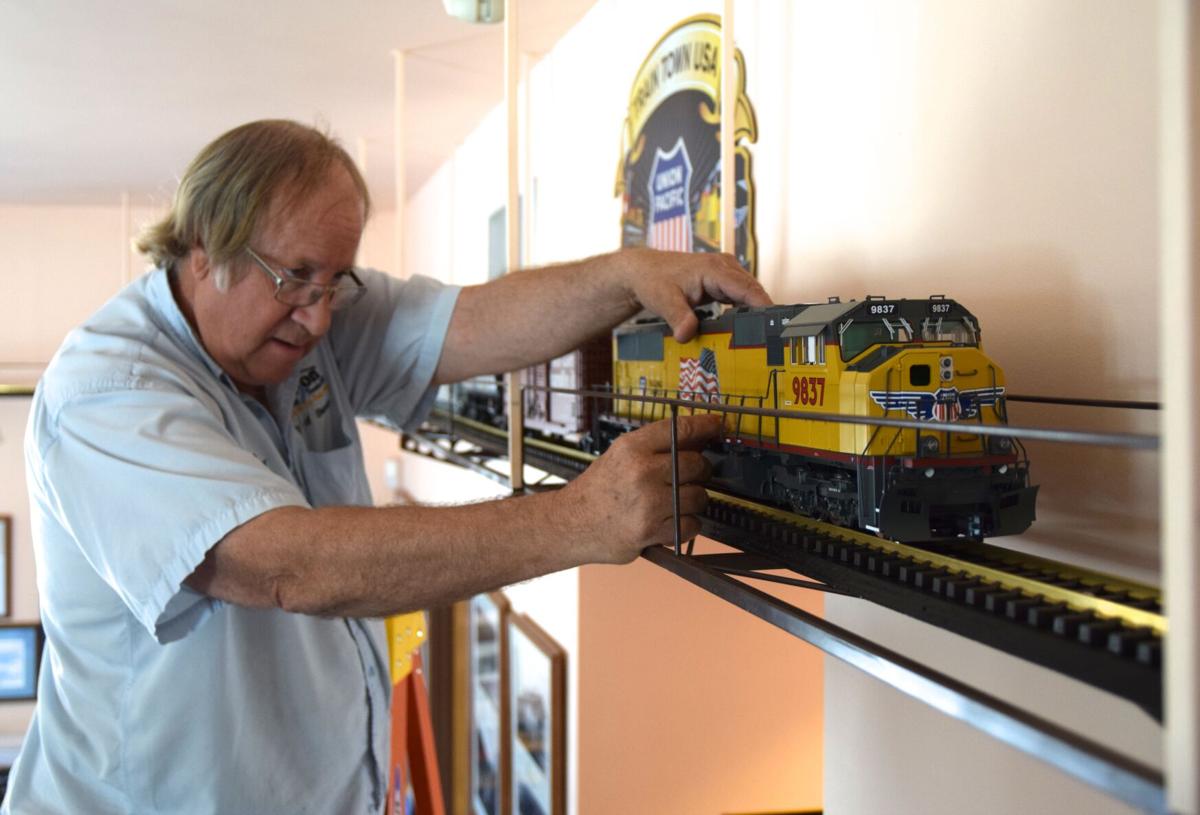 BENSON — Walk into the Benson Visitor Center on any given weekday, and you’ll likely run into Bob Nilson. Sometimes you’ll even find him there on Saturdays.

When he’s not peering out from piles of paperwork, maps, and historic documents scattered about his overly cluttered desk, he’s the guy sitting high overhead on a scaffold creating another feature for the visitor center’s train track. Nine model trains of different scales are part of the center’s collection. They roll high overhead on two different levels of track near the ceiling, delighting those who walk through the door to learn about Benson’s historic ties to the rail industry.

From trains, to tourism, angel buggies, cave bats and bootleggers, Nilson is Benson’s “go to” guy when it comes to the town’s intriguing history.

But for now, he’s temporarily out of commission.

Derailed by a fall in his home on Sept. 8, Nilson underwent surgery to his right leg on Sept. 25 to repair a severely fractured fibula.

“I tripped while stepping down four stairs in the dark with no light,” Nilson said. “I broke this same leg in 1974 when I tried parachuting for the first and last time. The downward fall from the plane was great, but the sudden stop is what got me,” he joked.

When he fractured his leg the second time, at first Nilson thought he had a sprained ankle, and hobbled around for a couple of days without seeing a doctor. Finally, on Sept. 11, his two co-workers urged him to go to the Benson Hospital emergency department when they saw that his leg and ankle were swollen and purple.

On Friday, he underwent surgery at Tucson Medical Center where orthopedic surgeons placed a titanium plate in his leg and screwed the fractured fibula to his tibia for added support.

Under the care of his sister and her husband in Sierra Vista, Nilson is in good hands as he waits for his injured leg to heal.

“Lying around is not something I do well,” he admitted while relaxing at his sister’s home on Tuesday. “My sister is a great cook, so that makes this down-time a little easier.”

Nilson is a 17-year fixture at the visitor center with more than 1,000 hours of sick leave.

Locals that are accustomed to wandering into the visitor center to chat with him or hear about one of his latest projects miss the quick smile and great stories about Benson’s past.

“Bob is a fantastic storyteller, and for not being a Benson native, he knows everything about the town,” said Kathy Lara, the visitor center’s full-time tourism clerk, and someone who has worked with Nilson a little over five years. “He makes everyone feel like they are a long lost friend from the moment they walk in the door.”

Lucy Figueroa started working at the visitor center a year ago in October as a part-time tourism clerk. Both employees say that with Nilson as supervisor, the three make a great team.

“We definitely miss walking past his office in the morning and hearing the usual ‘good morning guys,’ or hearing about an unusual item of Benson history he found on eBay,” Lara said.

“It’s way too quiet around here without his stories, or not being able to watch him work on the railroad track above the center,” she added. “We have resorted to calling him daily to check up on him. It’s mainly to catch another story from Bob.”

While Nilson’s official title is “tourism supervisor,” Lara says the title doesn’t do him justice.

Under Nilson’s mentorship, Lara says she has had opportunities to work on special projects that help keep the town’s tourism department fresh and engaging.

While many locals know about Nilson’s passion for trains and history, Lara said the visitor center is working on videos that detail the “seedy stories of Benson lore.”

“We have sidelined this project until Bob is 100 percent, because no one tells a story like Bob,” she said. “We look forward to having him back at the visitor center, but we don’t want him to push himself before he’s fully recovered.”

While glancing down at his heavily wrapped leg, Nilson noted that the injury prevents him from climbing a ladder, at least for now.

“The worst thing about this is I can’t play with my trains,” he said with a rueful smile.