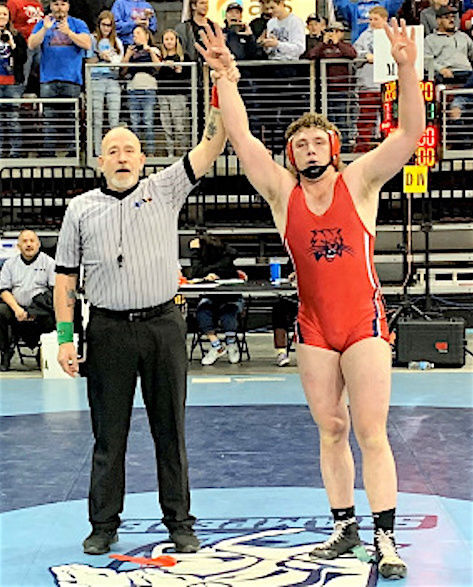 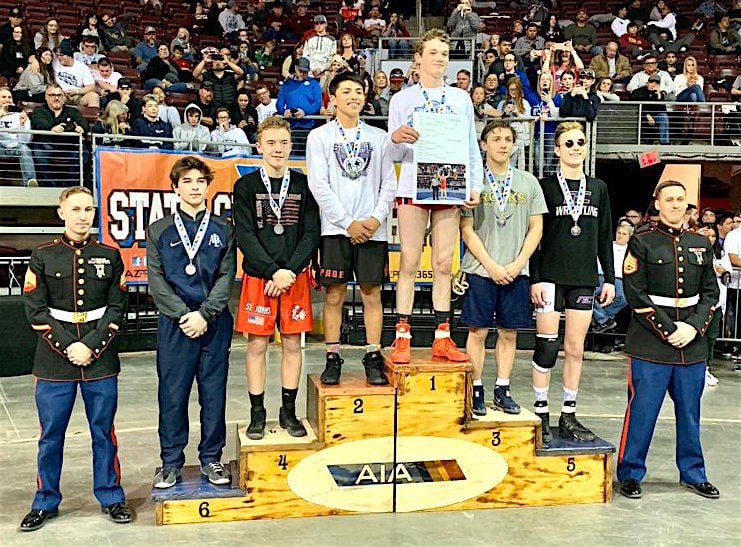 Goodwin’s march to the title included wins by fall over Joey Wood (:45) of St. Johns, Jacob Roosevelt (1:17) of San Pasqual and J.P. McCall (1:46) of Round Valley in the semifinal, setting up the championship encounter. Goodwin finished the year 39-1 overall.

The state championship effort is actually the fifth consecutive for Goodwin who also won a state junior high school title as an eighth-grader.

Sherman won by technical fall over Kaleb June of Page for the championship in the 145-pound weight class after posting wins by fall over Trextan Reidhead (:26) of Mogollon, A.J. Perez (1:22) of Phoenix Christian and Broden Harrold (4:43) of American Leadership Academy en route to the title.

Smolinski went 2-2, winning by fall over Nick Murry (:39) and took a 4-1 decision over Malachi Daniels of Holbrook for his two wins. Grassi posted a win by fall over David Reafleng (4:19) of Coolidge in his win. Smolinski, Grassi and Curtis were in the consolation round after dropping their opening round match.