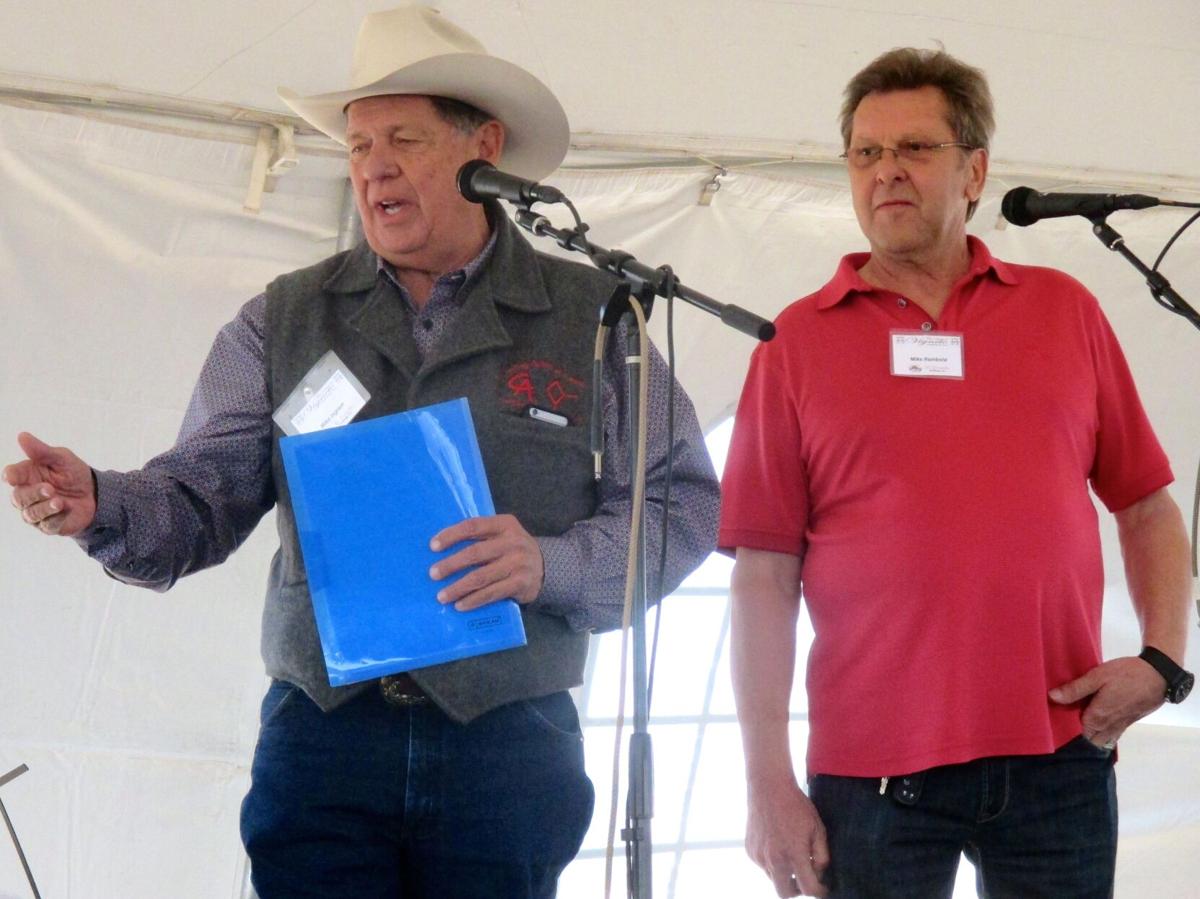 Mike Ingram, founder and chairman of El Dorado Holdings LLC and Mike Reinbold, Villages at Vigneto partner, talk about the future development during a tour of the property in March 2015. 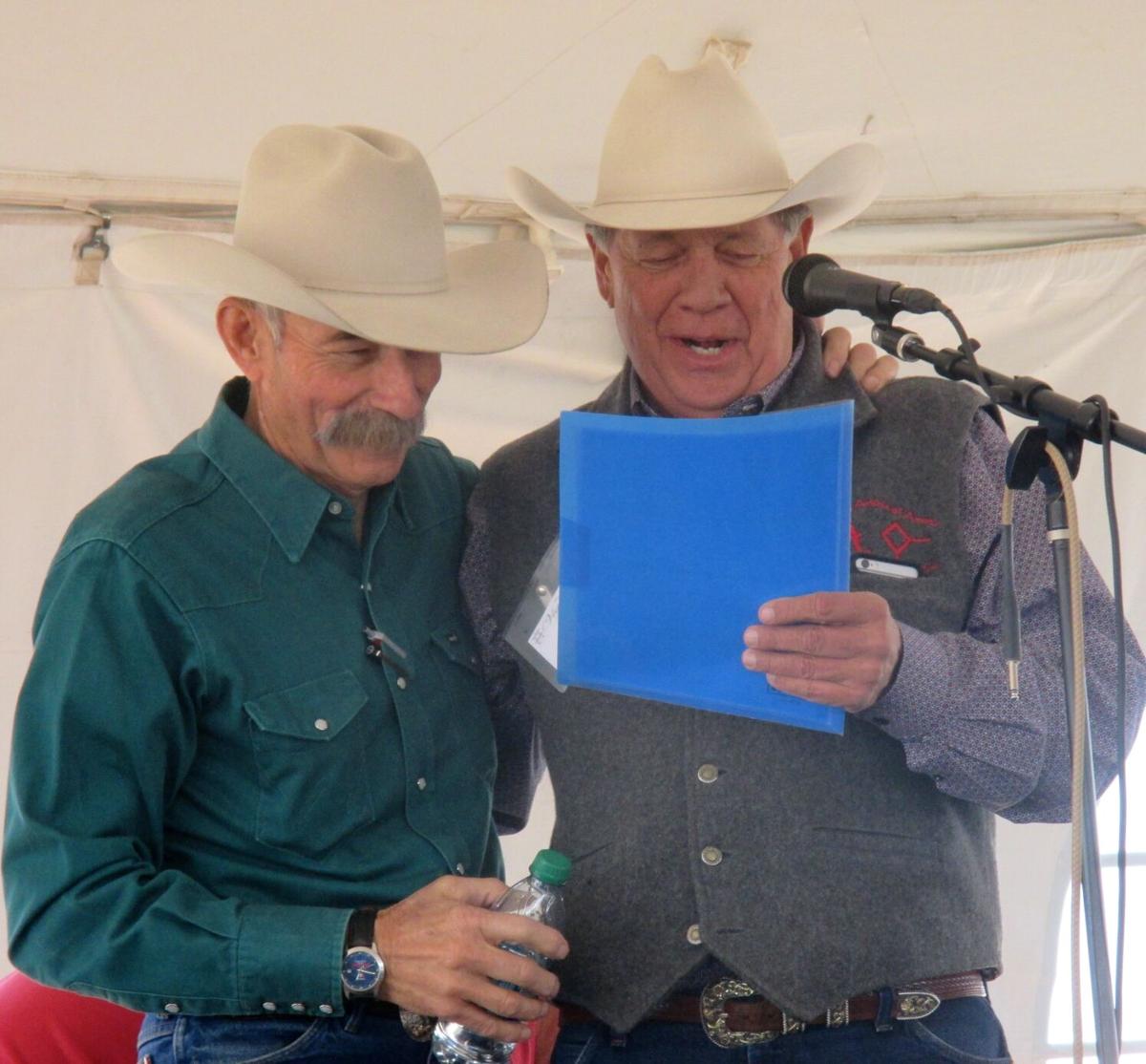 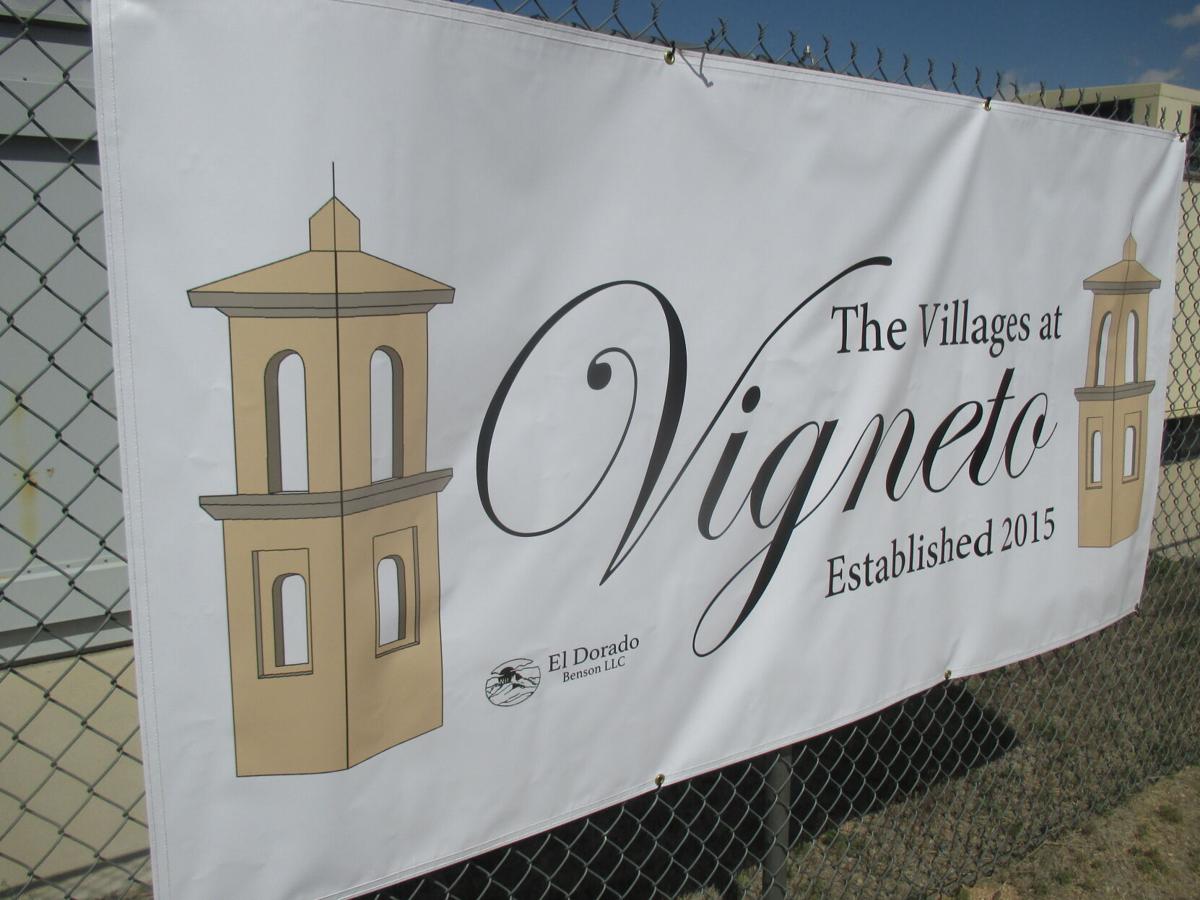 This banner was on display in March 2015 at an El Dorado Holdings event. 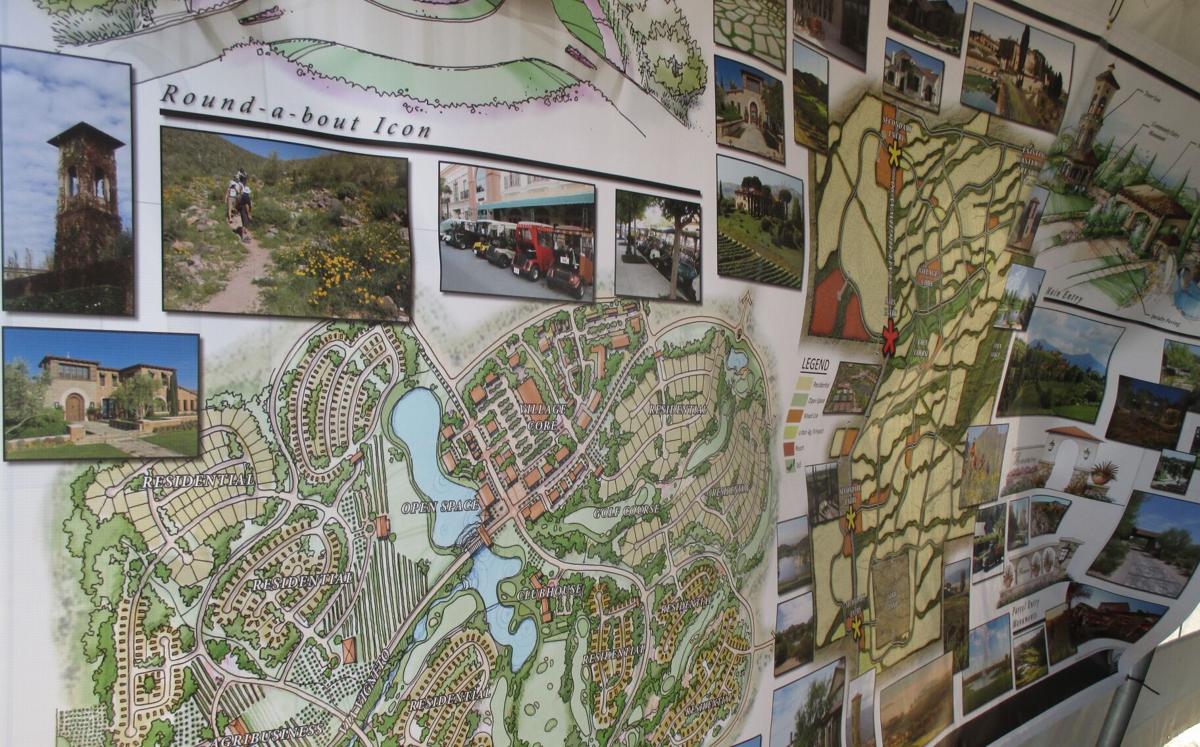 This blueprint showcases the proposed Villages at Vigneto property proposed for Benson. 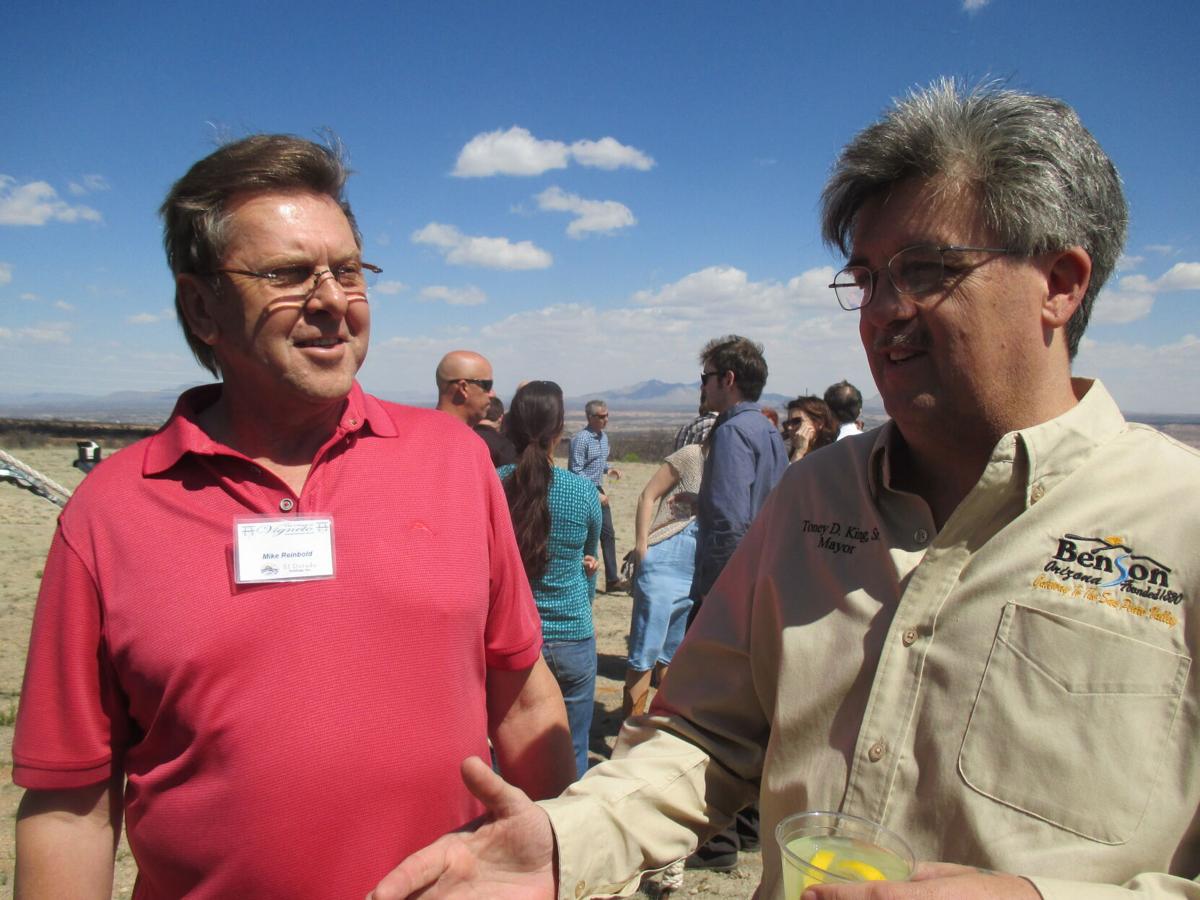 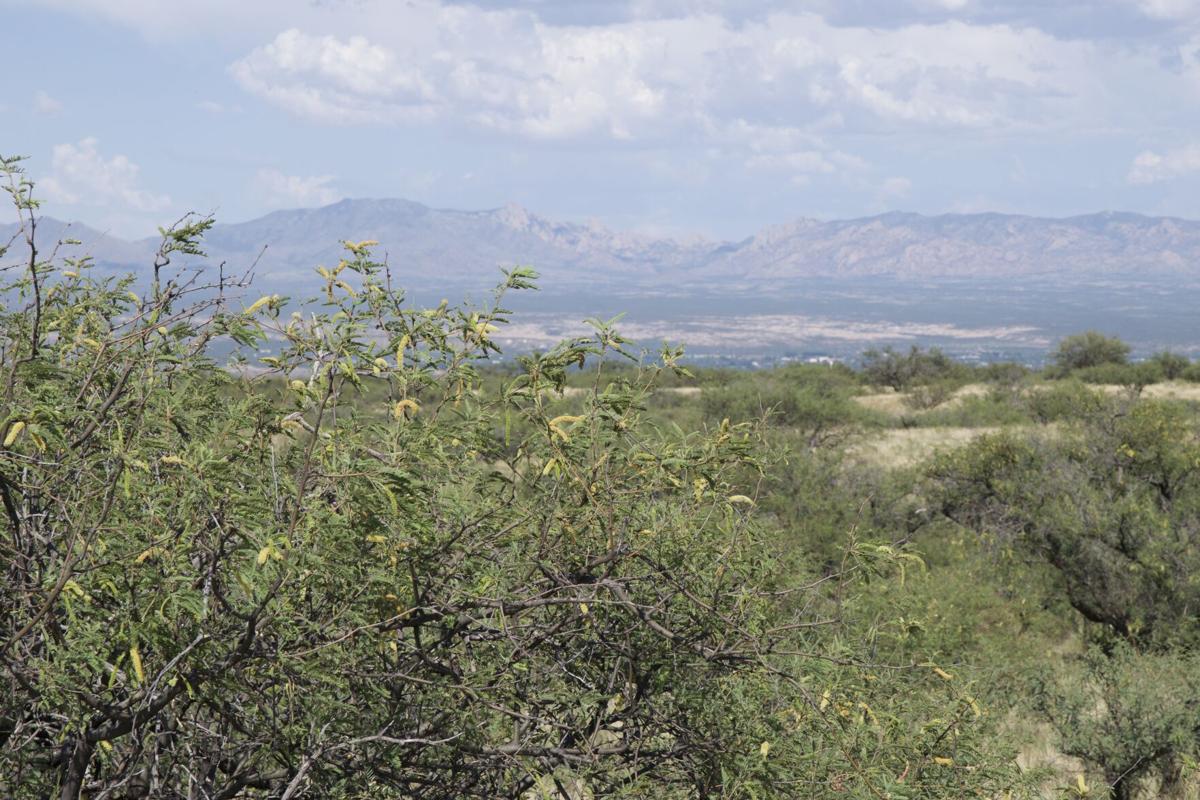 Vigneto property with the distant Dragoon Mountains in the background.

Mike Ingram, founder and chairman of El Dorado Holdings LLC and Mike Reinbold, Villages at Vigneto partner, talk about the future development during a tour of the property in March 2015.

This banner was on display in March 2015 at an El Dorado Holdings event.

This blueprint showcases the proposed Villages at Vigneto property proposed for Benson.

Vigneto property with the distant Dragoon Mountains in the background.

BENSON — The federal government’s decision to suspend a Clean Water Act permit for the Villages at Vigneto development in Benson is being met with mixed reaction.

Environmentalists applaud the actions of the U.S. Army Corps of Engineers and U.S. Fish and Wildlife Service, while economists are disappointed with the decision.

El Dorado Holdings LLC of Scottsdale was proposing to build Villages at Vigneto, a 28,000-home development designated for 12,000-plus acres south and west of Benson along State Route 90. The Tuscany-themed gated community was expected to bring about 70,000 residents to the area.

Vigneto is expected to bring a significant economic boost to Benson and Cochise County.

“This permit suspension represents another delay because of the ongoing debate between environmental impacts and economic benefits,” said Benson councilmember and former mayor Toney King. “This debate has gone on since El Dorado Holdings first announced their plans for the development, and it continues to be debated.”

King, a staunch supporter of Vigneto, believes that the permit suspension is “nothing more than a frustrating bump in the road” for the development.

“It’s a well-known fact that we need more homes in Cochise County, and this development would provide that. I’m confident Vigneto will be happening, and once the project breaks ground, it will bring quality homes, create jobs and help the area’s economic growth.”

Sierra Vista resident Tricia Gerrodette has been following Vigneto from the time the project was announced in late 2014. An outspoken opponent of the project’s environmental impacts, Gerrodette said she is most concerned about the health of the San Pedro River.

“I started attending nearly all the council meetings and work sessions as soon as El Dorado Holdings, which later became El Dorado Benson, announced the development,” she said.

“There are numerous concerns in the development’s master plan. Things like three golf courses, the Tuscany-themed landscaping and architecture and the sheer number of homes will seriously impact the river,” she said. “Because of the Italian theme, the developer is proposing vineyards and cypress trees in the landscape.”

Gerrodette feels the development design goes hand-in-hand with high water use, which she says is insensitive to the desert environment.

While pleased with the permit suspension, Gerrodette would prefer the ACOE revoke the permit entirely.

“The permit has been suspended before, and reinstated, by the Army Corps,” she said. “So, it could happen again. We need to start from the beginning and do an environmental impact statement, which is something that has never been done for this project.”

Gerrodette’s concern about the possibility the permit could be reinstated is alluded to in the following comment by a spokesperson for El Dorado Holdings:

“We do not believe the suspension is merited as no facts or circumstances have changed that would warrant such a suspension. The permit has been in place since 2006 through multiple administrations. The Army Corps of Engineers will re-evaluate the circumstances surrounding the permit, as it has done before, and we are confident it will be reinstated again. We look forward to working with the Corps to address any questions that the agency may have.”

El Dorado Holdings Inc. president Mike Reinbold and El Dorado Benson LLC real estate developer Eric Hollensbe were emailed a list of questions about the development and the suspended permit, but did not answer them. Instead, the above statement from the spokesperson was provided, the same statement from the company that appeared in the July 9 edition of the Herald/Review.

The U.S. Fish and Wildlife Service also refrained from answering questions on the permit as it is in litigation concerning a Freedom of Information Act request.

“I really believe the Army Corps of Engineers will revisit this decision and the permit will be reinstated,” he said. “That happened a few years back. The Army Corps pulled the permit, but then it was reinstated in 2017. I think the permit was most likely suspended because of our current political climate.”

Politics is something St. David resident Scott Sinclair brought up when he responded to the permit suspension.

“I actually support the suspension because at its root, the Army Corps of Engineers and U.S. Fish and Wildlife were politically pressured at the highest level of the federal government to stand down and proceed with the permit,” Sinclair said.

“The permit became a political football. Science needs to be followed and allowed to work on a neutral level, without political interference,” he added. “Science doesn’t play favorites, but once politics gets injected into the equation, it can change everything. That’s exactly what happened in this case.”

Sinclair said that in his opinion, the suspension is absolutely the right decision.

“This issue needs to be put to rest before we have another administration change in three years.”

Both Gerrodette and Sinclair view the permit suspension as a victory for the San Pedro River, at least for now.

“We need to push for an environmental impact study and let science to do its work,” Sinclair said. “As it now stands, this is a win-win for the river, Cochise County’s water supply and wildlife.”