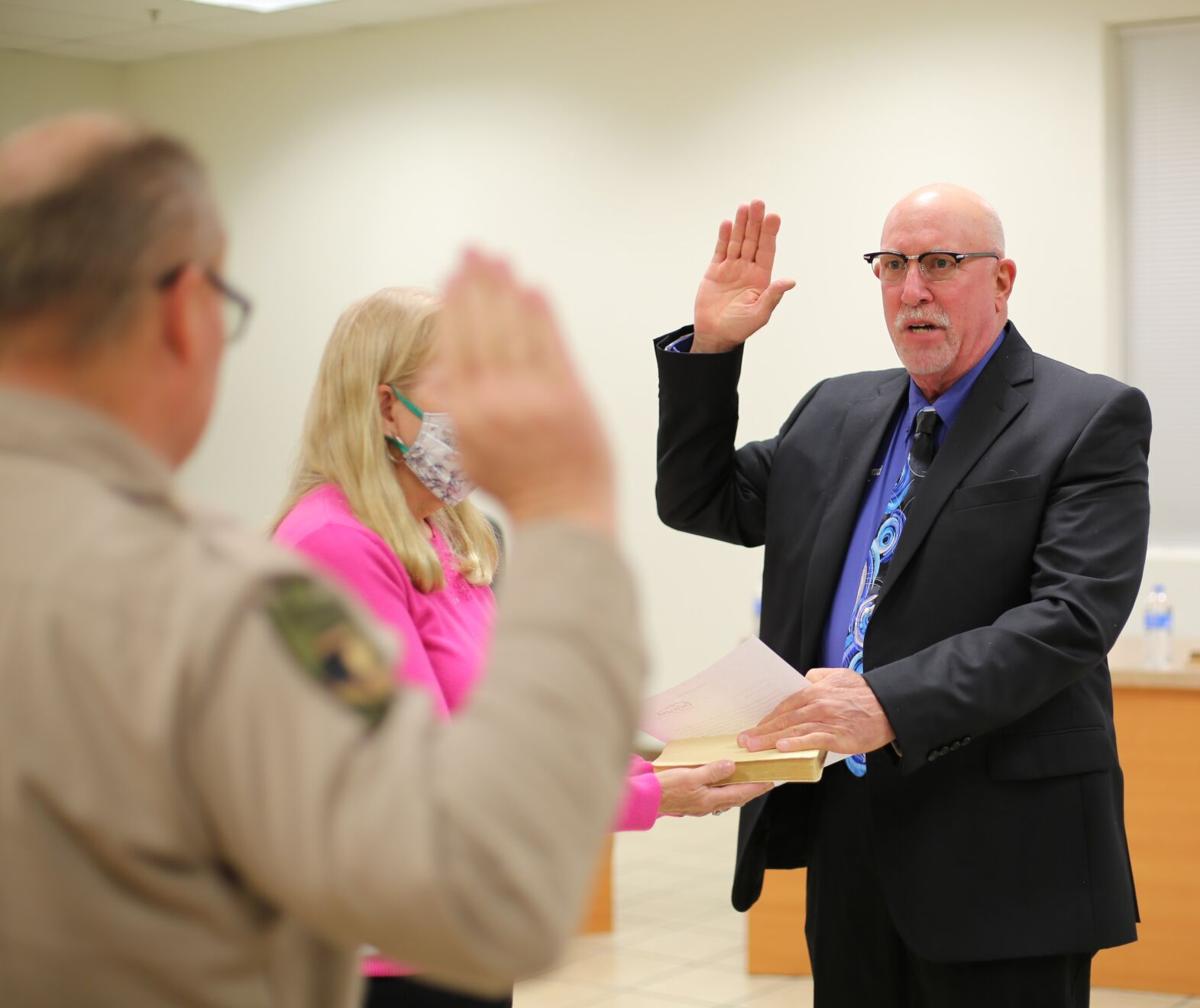 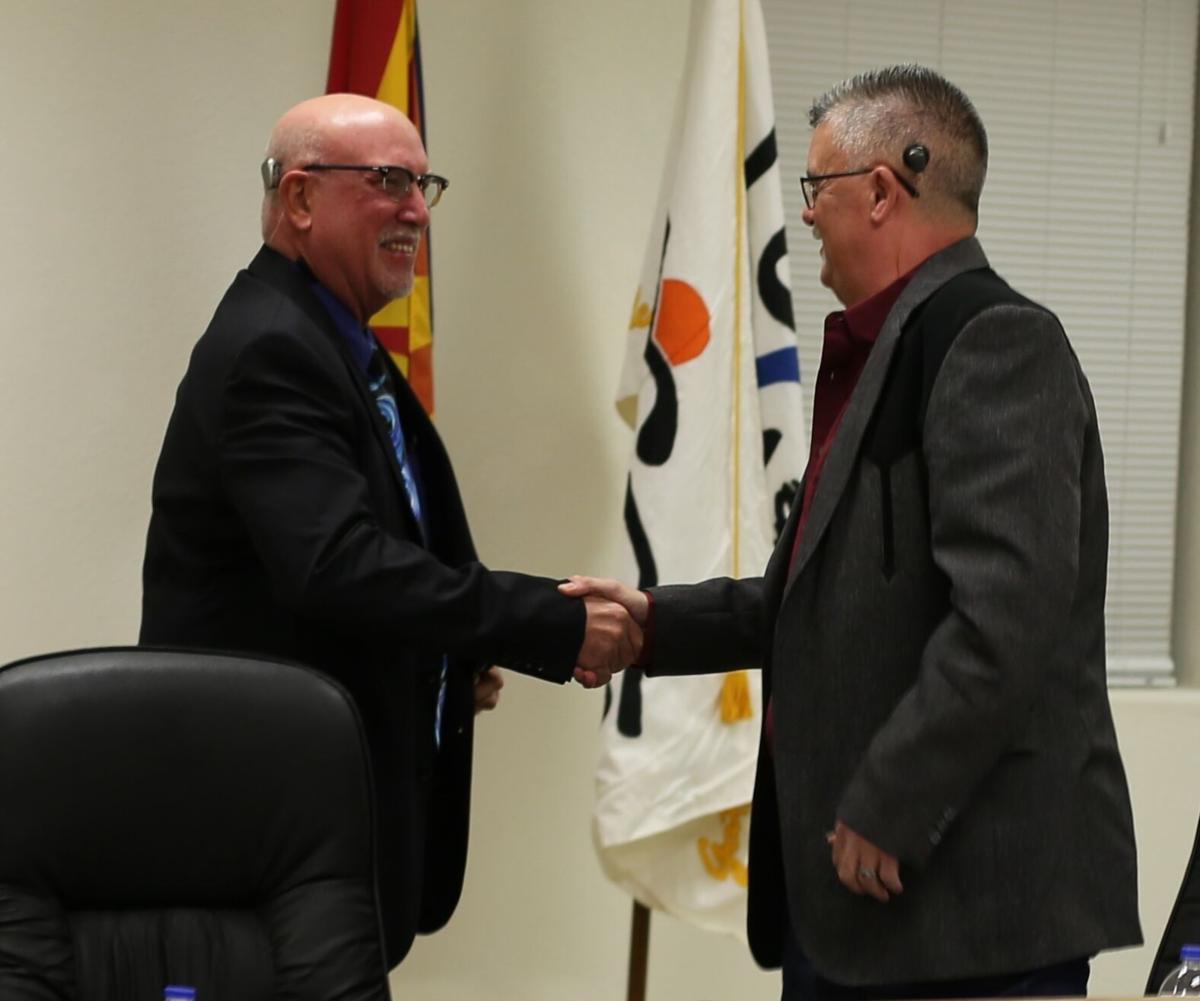 Konrad served as a council member from January 2015 until March 2020 when he decided to step off council to run for mayor. He replaces former mayor Toney King ,who sat as Benson’s mayor for five terms, or 10 years, and served other positions in Benson prior to his mayoral role.

“I decided after 10 years, it was time for me to step down from that position and serve as a council member again,” said King. “Joe (Konrad) has proven himself as both a former vice-mayor and council member. I believe he will make an excellent leader for Benson. He is someone who always has the city’s best interests at heart.”

Konrad and his wife, Vicky, packed up their three children and moved to Benson from Bowling Green, Ohio, about 30 years ago.

“We were visiting Arizona while on vacation and ended up in Benson to visit relatives,” Konrad said. “We were tired of cold Ohio winters and shoveling snow, and fell in love with the small town atmosphere here and great weather. So, here we are.”

Today, Joe and Vicky Konrad have three grown children who live in the Benson area and four grandchildren with one more on the way.

As a mechanist for Arizona Electric Power Cooperative, Joe has been working for the cooperative since 2003.

“In order to run for mayor, I was required to resign as a council member,” he said. “Chris Tapia filled my vacated council seat in April, and I ran for mayor in the 2021 election.”

Konrad said his decision to run worked out well, because King wanted to step down as mayor to serve as a council member.

There are two significant projects that stand out in Konrad’s mind during his five years on council. One is the formation of Community Facilities Districts, or CFDs, which are special taxing districts created as a finance tool for a large-scale development — the Villages at Vigneto — expected to come to Benson. The second major accomplishment was an unpopular decision to raise utility rates, something that had not happened in Benson for several years.

“When it comes to the CFDs, as a council, we stood by our beliefs that the council should not serve as a board of directors for each of those taxing districts,” Konrad said. “A project of that magnitude, with a 20-year buildout, risks a turnover of council members every two years. In other areas, these districts are formed and the city council members serve as the governing body, which is something we did not want for Benson.”

Instead, the special taxing districts will be overseen by a separate board of directors, he added.

“I think this is one of the biggest things we did on council.”

While the decision to raise utility rates was unpopular, Konrad said it was necessary.

“Prior to the rate increase, we did not have the necessary reserves to cover infrastructure failures without tapping into our general fund,” he said. “We now have the reserves to make repairs that may arise.”

When asked what he enjoys most about serving as a member of Benson’s governing body, Konrad said he believes Benson has a “really effective, cohesive council, capable of working well together” to accomplish goals for the town.

“I know I’m going to have my share of challenges, but in spite of those challenges, I believe this is going to be a rewarding public service job,” he said.

“I’m looking forward to getting settled into my new role as mayor.”