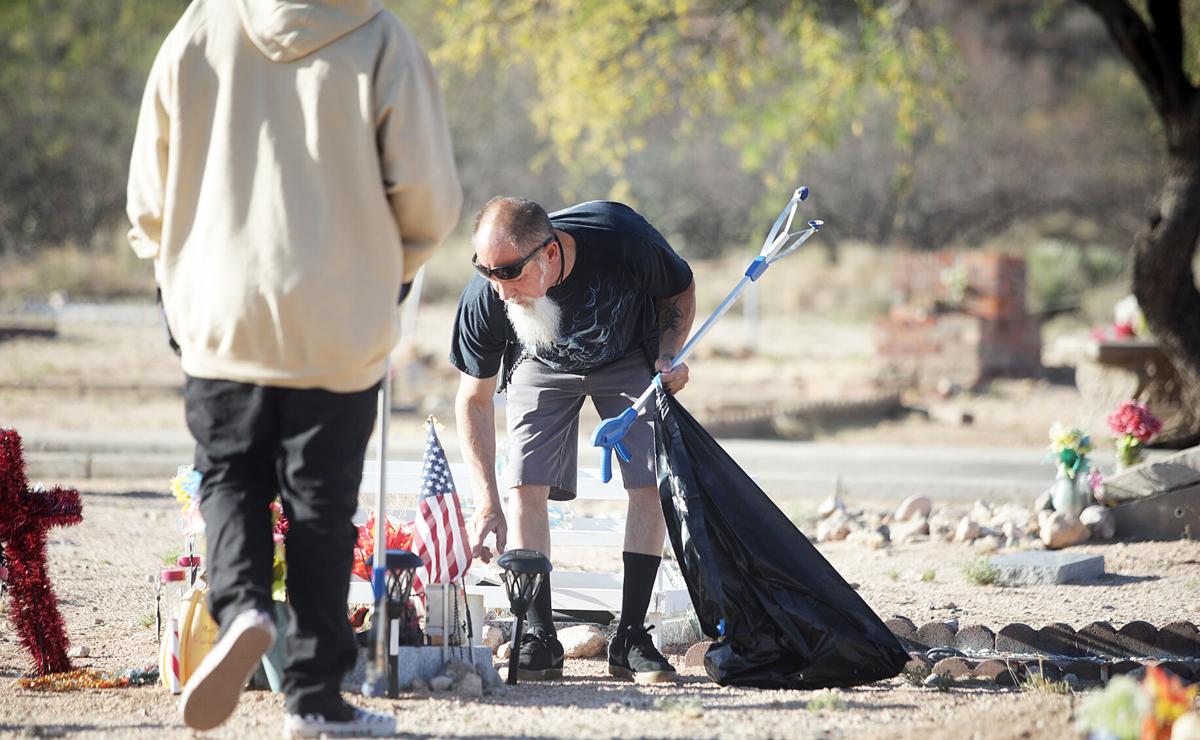 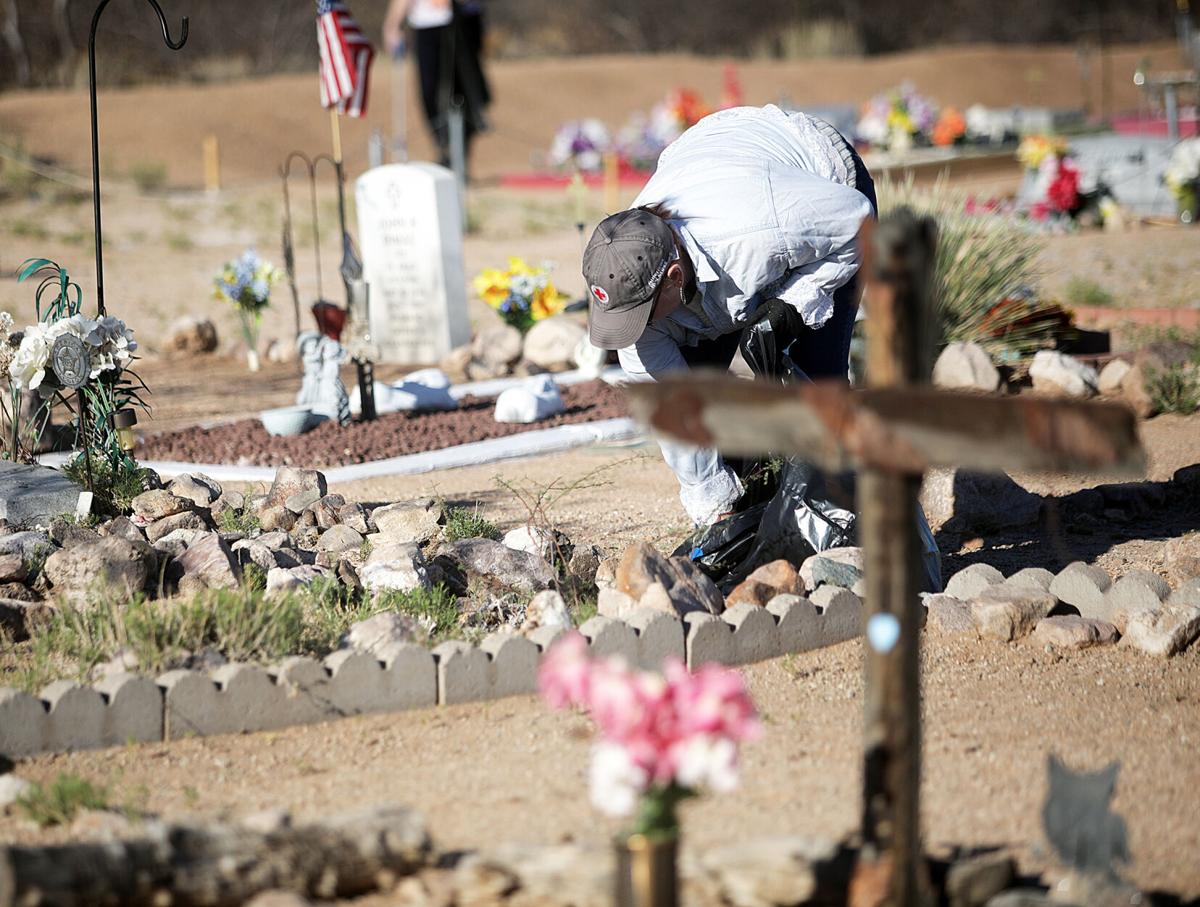 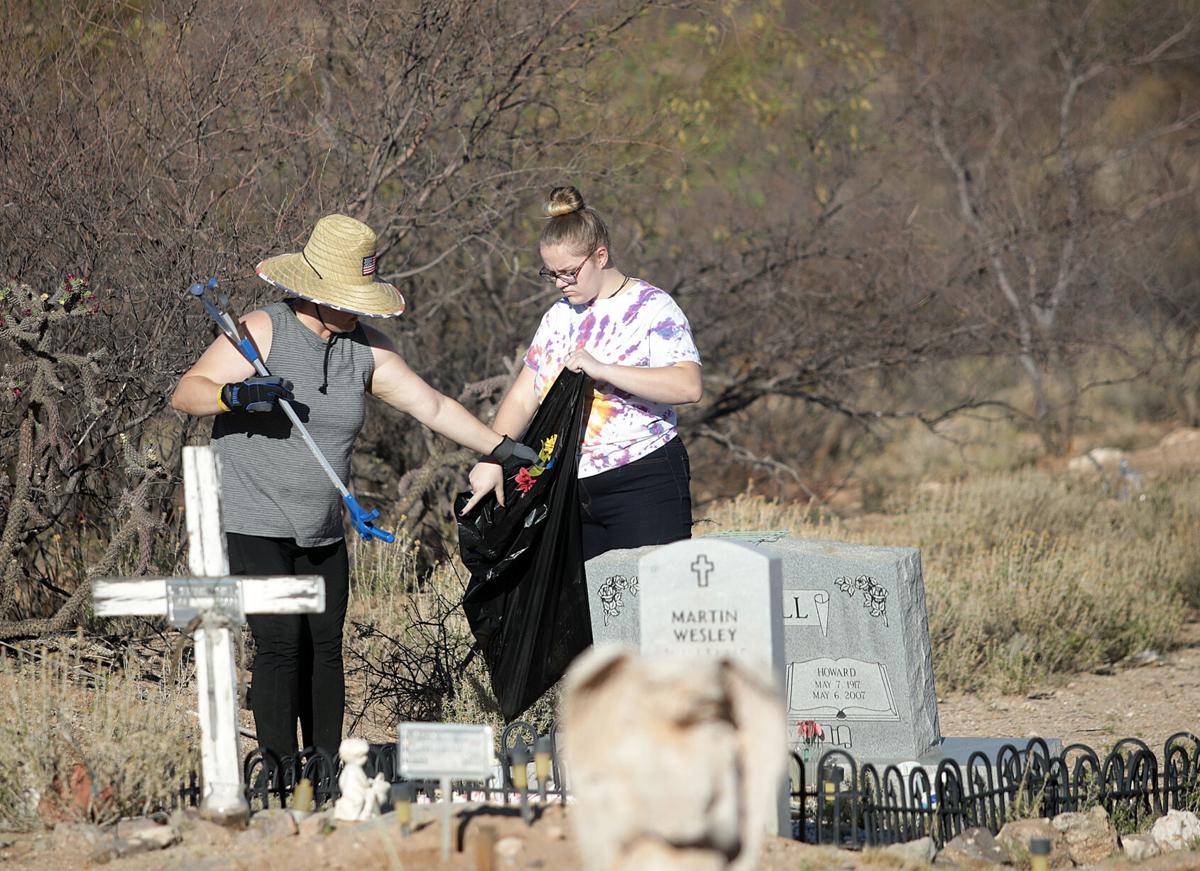 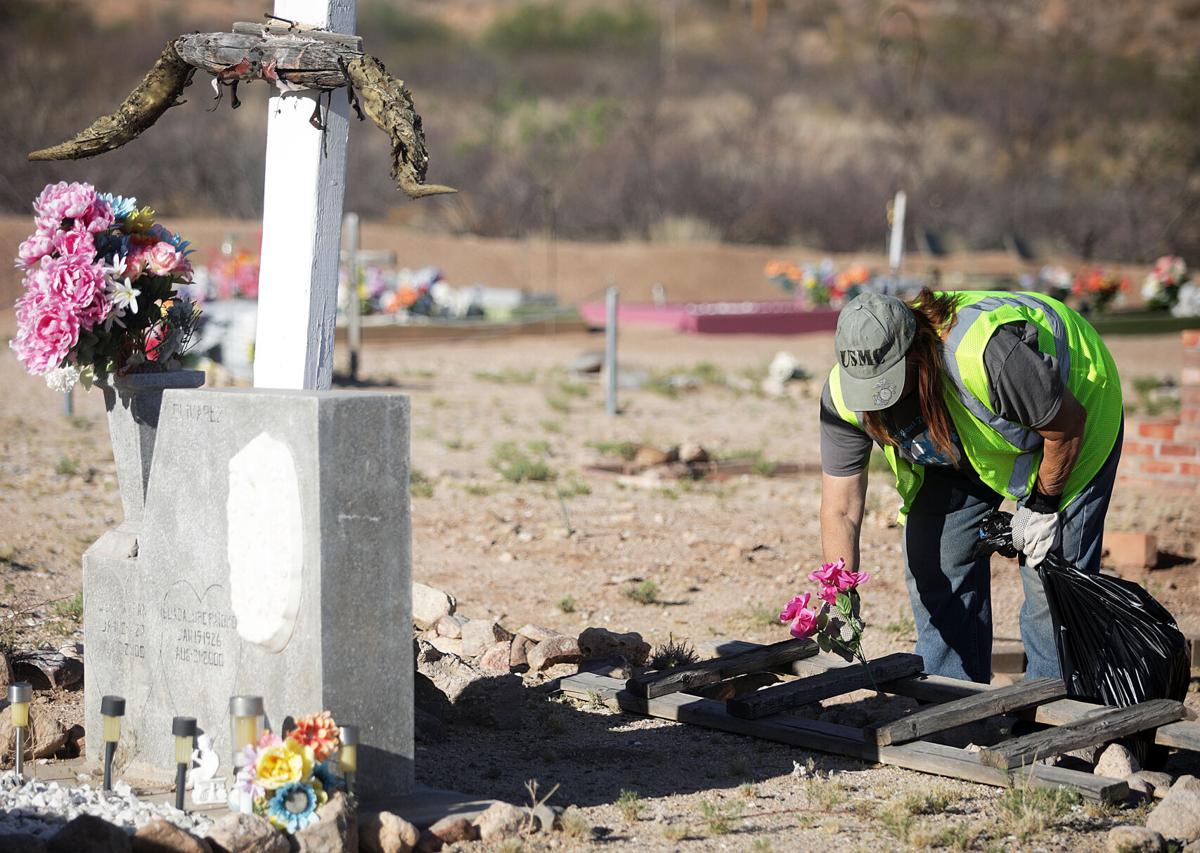 BENSON — Early one recent Saturday morning, a small group of volunteers gathered at High Street Cemetery in Benson for a cleanup project.

Organized as a collaborative effort between Benson Clean & Beautiful and Benson Rotary, six people met at the cemetery around 6 a.m. to pick up debris that had blown into the property.

“Glenn Nichols of Benson Rotary approached Clean & Beautiful about working on a collaborative activity to commemorate Earth Day, which is celebrated on April 22 every year,” said Cindy Allen, local business owner and Clean & Beautiful member. “We came up with the idea of doing a cemetery cleanup for our Earth Day project. After researching other cemeteries in the area, we discovered the High Street Cemetery, which is managed by the city, is one of the few that has not been ‘adopted’ by any groups. So we decided to make High Street our Earth Day project.”

Nichols coordinated with the city and was able to get safety vests, grabbers and trash bags for the effort.

“The grounds were in good shape in spite of all the wind we’ve had recently,” Allen said. “We cleaned up debris and disposed of old memorabilia that was not on a gravesite.”

Along with Allen, those who helped with Saturday’s cleanup include Christine O'Hara, Traci Wilson and her husband, Rick, and two children, Emily and Patrick.

“We could tell that community members had been there prior to us because some gravesites had been raked by families. The cleanup went much faster than we expected it to. We had allocated about three hours, but were done in an hour,” Allen said.

“Amanda Jansen and I are planning to place American flags on the graves of veterans in commemoration of Memorial Day next weekend,” said Allen. “We want to thank the volunteers who were here Saturday morning to help with our first cemetery cleanup effort.”

Earth Day is an international event celebrated every April 22 around the world in support of environmental protection. The year 2021 marks the 51st anniversary of the annual global celebrations.

"Benson Clean & Beautiful may be taking the cemetery cleanup as one of its community outreach projects," said Allen, adding, "I'm interested in learning more about the cemetery's history."

Steeped in local history, many gravestones date back to the 1920's and bear the names of families that live in Benson today.

This is a City-owned cemetery, with plots available at $150 each.